The inside of a mummy estimated to be 2,300 years old in Egypt was examined using computerized tomography methods. In the examinations, both physical and social findings related to the mummy were reached.

A new news has come from Egypt that concerns archeology enthusiasts. The sarcophagus of a mummy, now open for exhibition in a museum in Cairo, but never opened. viewed digitally for the first time. The mummy of an unnamed child, thought to be 2,300 years old, between the ages of 14 and 15, is interesting. had the goods.

Scientists need to see inside the coffin X-rays they used. The rays used not only helped to understand who the mummy belonged to, but also enabled the objects in the coffin to be detected. Apparently 2,300-year-old corpsewas placed in a coffin with a white sandal. Of course there was a reason for that.

The mummy was nicknamed the “golden boy”. So why?

In the examinations made by scientists, the 2,300-year-old mummy was fully recovered. 49-place gold amulet they detected. There was also a large golden mask on the face of the deceased. Experts nicknamed the little boy the “golden boy” as a natural consequence of this. 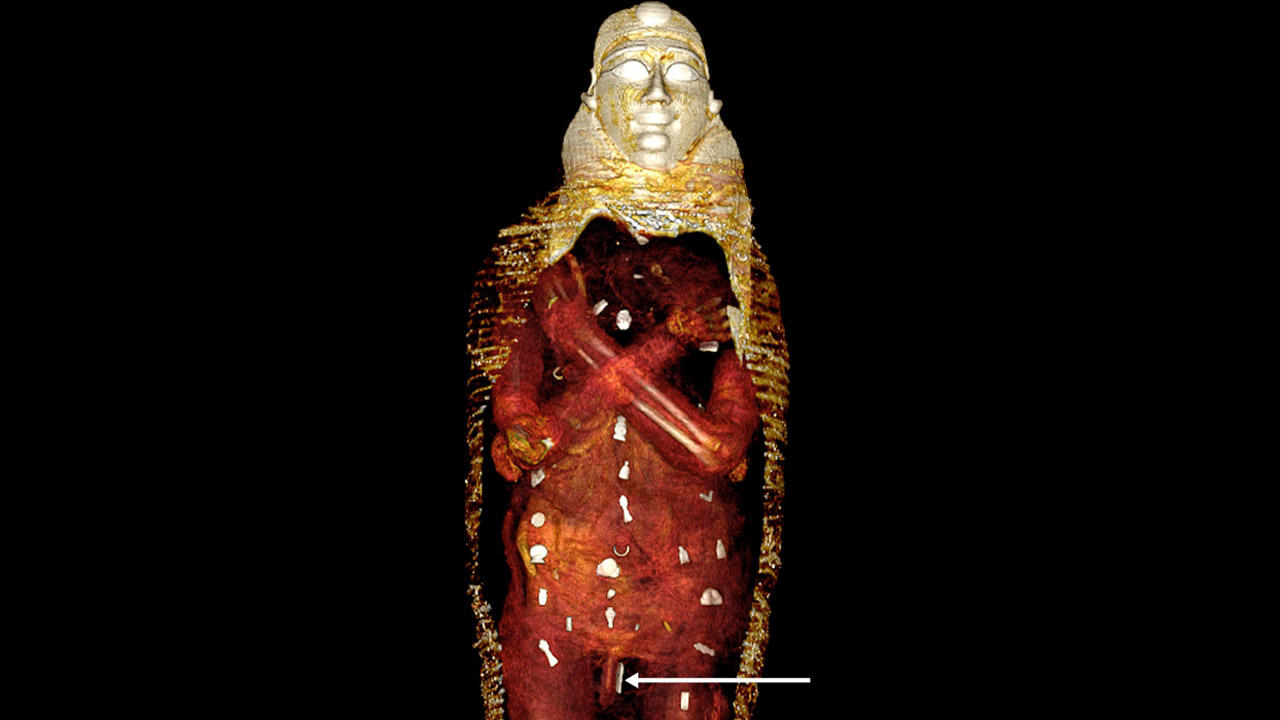 *You see the amulets buried with mummy.

According to archaeologists, the mummy digitally examined in Egypt is “Egyptian Book of the DeadHe was buried in accordance with the rituals in the “Edfu”. high-status meant it was. 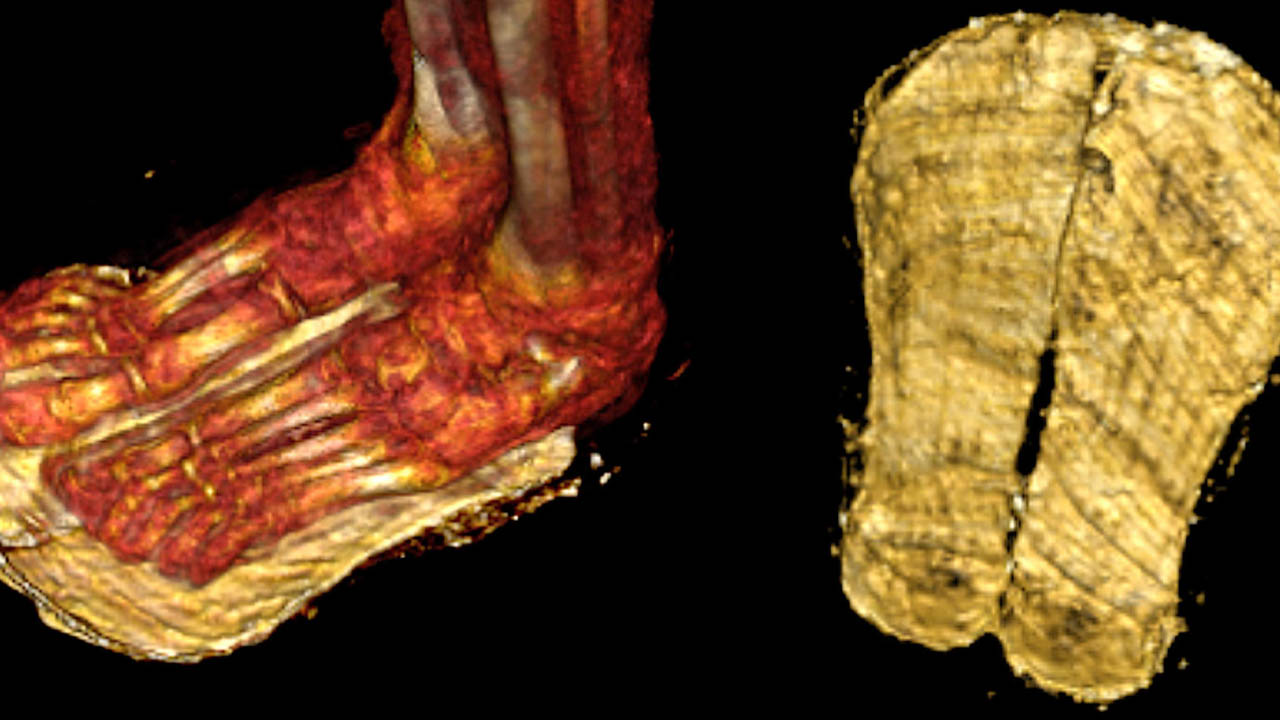 *The sandal that was put in the coffin with the mummy.

B.C. 330 to 330 BC. The young man, who is thought to have lived between the ages of 30, Causes of death were also examined.. The scientists concluded that it was probably natural death. Because there was no problem in the body integrity of the corpse. Apart from this, any evidence suggesting that death may have occurred by an unnatural method there was no trace. 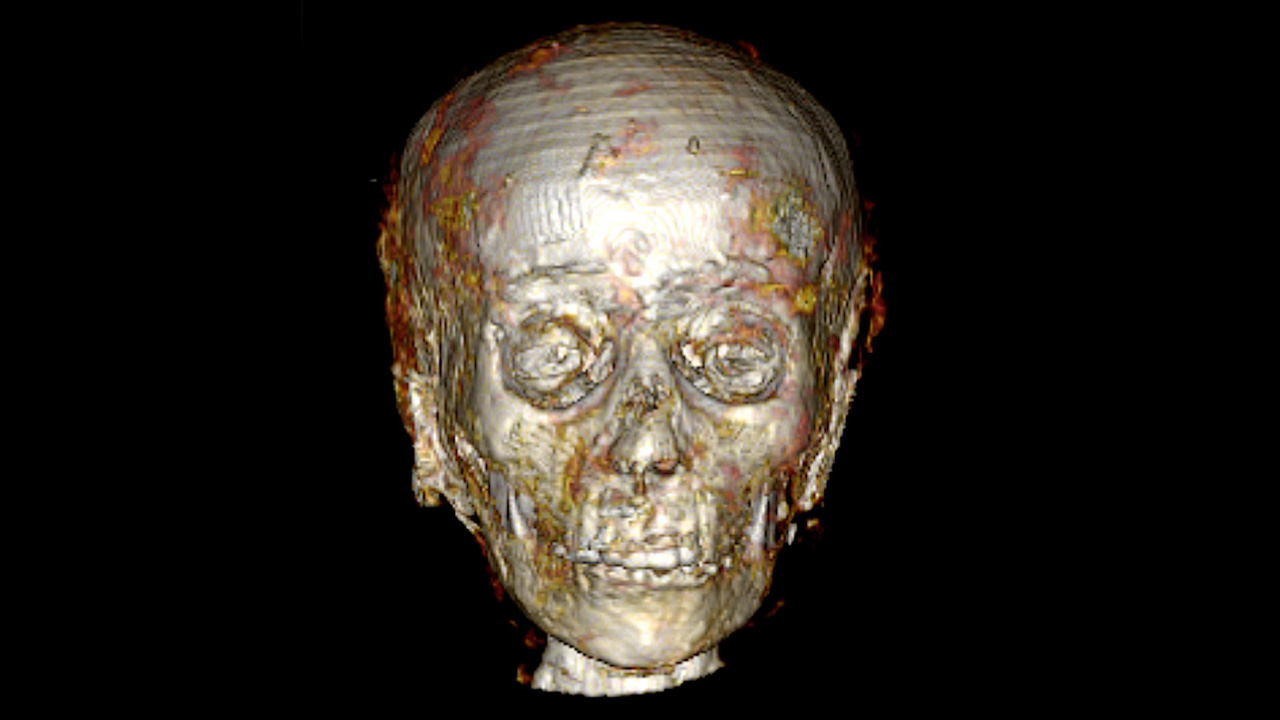 Examining the mummy’s face, scientists found that the child had a small nose, a narrow chin and that he had partially open eyes and an oval face.

So what was the purpose of these 49 amulets and sandals? 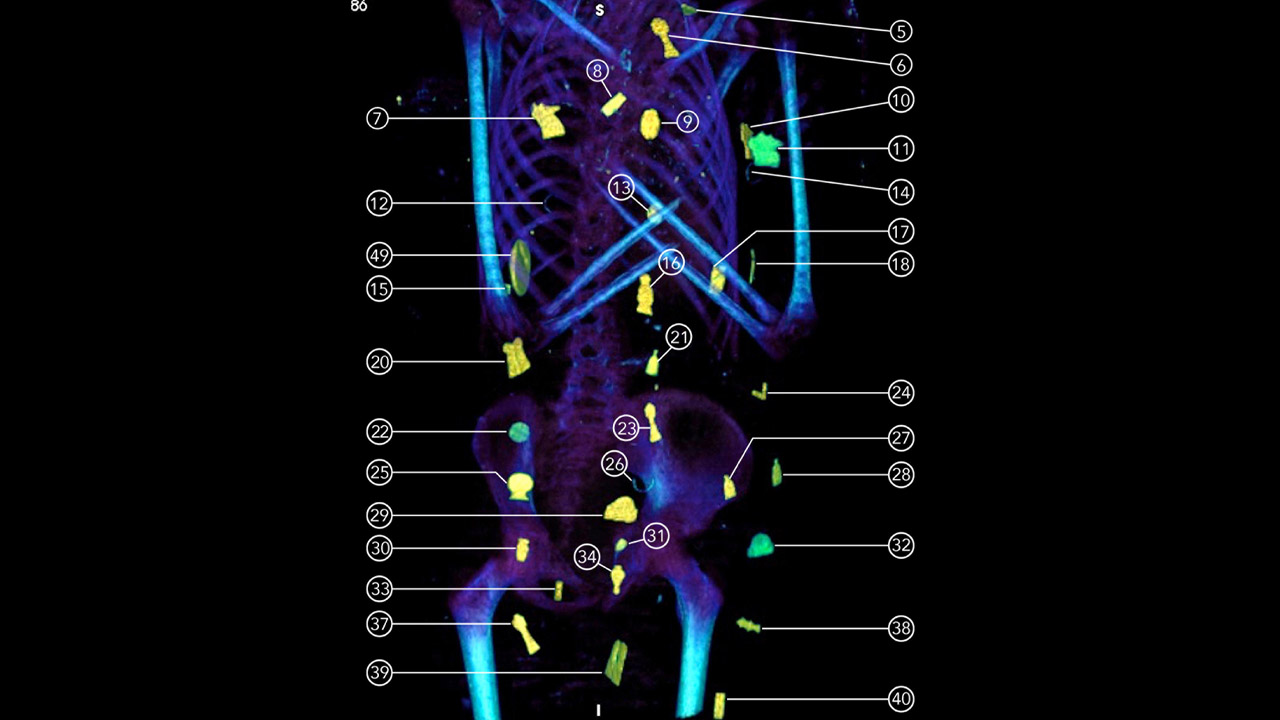 Amulets were very common in ancient Egyptian culture and they had a purpose. in a similar way your sandals So much so that the reason why the mummy was buried with sandals was to ensure that the Ancient Egyptians were clean and pious when resurrected according to the Book of the Dead. So the dying youth stands before his gods. cleanly would be out.

A scarab amulet was placed in the young man’s heart. The purpose of this amulet is that when the doomsday comes, your heart is was to prevent him from speaking against. Another amulet placed on the tongue is the deceased person’s hereafter to his speech it allowed. The amulets placed on other parts of the body were also related to the life of the hereafter.