“The threats and intimidation against the DFB and football associations of other EU countries and their players by Fifa are unacceptable and outrageous,” said the Green politician. With a view to tax privileges for the world football association, but also for the European football union Uefa, von Notz called on the federal government to handle so-called government guarantees “much more restrictively” than before.

Such government guarantees often relate to commitments in the tax area. In the past, the federal government has often approved a tax rebate for Fifa in order to bring a soccer World Cup to Germany. Many government guarantees were given to Uefa for the application for the 2024 European Football Championship, in which Germany ultimately prevailed against Turkey, including tax breaks.

Von Notz demanded to examine “very carefully” whether such state guarantees should be “returned”. “The practice of far-reaching tax exemptions for major sporting events in Germany must be put to the test,” said the Green politician.

The legal basis for such tax privileges is the Income Tax Act. In a response to a parliamentary question from the Greens in October 2017, the federal government stated that income tax could be “waived in whole or in part or set at a lump sum if this is in the particular public interest”. That is the case when hosting a European Football Championship.

The government did not provide any information on the amount of the tax shortfall. In a government response to the left-wing faction in September 2022, the reason given was that “there were no statistical data bases to calculate the hypothetical extent of reduced tax revenue due to the guarantees given as part of Uefa Euro 2024”.

Von Notz also called for the International Olympic Committee (IOC) to be classified as a “commercial, globally active sports company” in future, alongside Fifa and Uefa. The three associations based in Switzerland are recognized there as non-profit organizations and are therefore largely exempt from taxes. In the future, the global minimum tax of at least 15 percent should also apply to these associations, said the Green politician.

Von Notz expressed the expectation that the topic would be put on the agenda at the next meeting of EU sports ministers at the end of November. The aim must be to agree on a “procedure that is as uniform as possible across the EU”. “The far-reaching autonomy of sport must no longer serve as a disguise against the abuses of global sports associations with budgets and profits in the billions,” said the Green politician.

In this context, von Notz advocates the establishment of an international “World Anti-Corruption Agency for Sports Matters”. “It must be equipped with real rights of investigation and sanction mechanisms.”

Corruption allegations have repeatedly been raised against Fifa – most recently in connection with the awarding of the World Cup tournaments to Russia and Qatar. In 2010, Qatar, which was insignificant in football at the time, was awarded the contract for this year’s World Cup in a controversial double award with Russia as the 2018 tournament organizer. Numerous members of the then FIFA Executive Committee have since been convicted of corruption. Qatar denies to this day that it used unfair means.

After the Fifa scandal, the federal government wants to change the allocation of major sporting events

Federal Economics Minister Robert Habeck (Greens) recently said: “The idea of ​​holding the World Cup in Qatar at what temperature has always been a crazy idea and can’t really be explained otherwise than by corruption.”

Meanwhile, Interior Minister Nancy Faeser (SPD), who is responsible for sports in the federal government, openly vented her anger at Fifa – and set an example at the World Cup. The SPD politician wore the controversial “One Love” armband during the team’s game against Japan.

Faeser sat in the VIP box at the Khalifa International Stadium on Wednesday, right next to Fifa President Gianni Infantino. Before kick-off, the players of the German national team covered their mouths with their hands, apparently in protest at Fifa’s actions during the obligatory team photo. 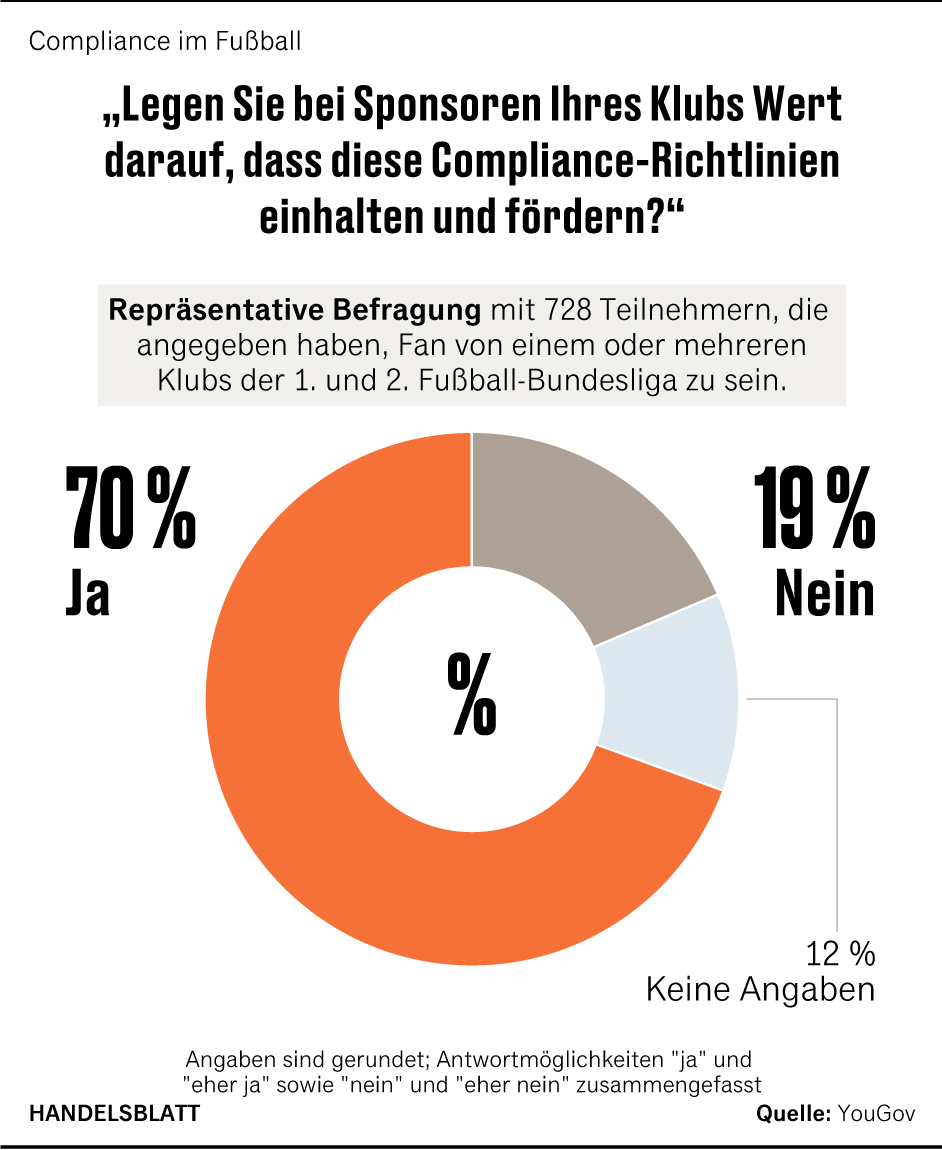 Fifa had banned the players in the tournament from wearing the armband, threatening penalties. The DFB then, like other European associations, refrained from allowing captain Manuel Neuer to wear an armband. The heart-shaped badge stands for human rights, diversity and women’s rights as well as for the fight against discrimination, racism and homophobia.

The federal government now hopes that the discussion about the World Cup will change the awarding of future major sporting events. “This would be good for sport and football,” said government spokesman Steffen Hebestreit on Wednesday in Berlin. The federal government is also committed to gender diversity and is working against queer hostility.

More: World Cup of scandals – three graphics for the controversial tournament in Qatar