Starting next Sunday, the heads of state and government of the G7 countries will be looking for ways out of the threatening economic crisis in Elmau, Bavaria. They will focus on securing supply chains and energy supplies, curbing inflation and the impact of sanctions on aggressive Russia. These are certainly the most important issues in a situation in which growth is collapsing and prices are threatening to gallop.

However, one aspect of the current economic situation is often neglected. Consumer behavior has changed since most developed countries lifted Covid restrictions. Spending money was only possible through consumer goods, often through online trading. Services such as gastronomy and travel were only available to a limited extent or not at all. Demand for consumer goods boomed.

Now the trend is turning. Kathy Bostjancic, senior US economist at Oxford Economics, quoted the Washington Post as saying, “We are only at the beginning of the shift in consumer spending from goods to services, and over time this will intensify. In the USA, food services rose sharply, travel was picking up, and so was hotel occupancy.

The same change in trend can be seen in the euro zone, says Guido Baldi, economics expert at the DIW: “We are also observing a gradual shift in consumption from goods to services again in Germany and the euro area. That is one of the reasons why the DIW economic barometer is significantly less negative for the services sub-indicator than for industry.”

This shift in demand is one of the few pieces of good news right now. Because it relieves the supply chains and it reduces the price pressure on consumer goods, so it tends to dampen inflation.

However, this is only true if the supply of services keeps up with the demand from consumers who want to continue their old habits. And unfortunately there are some question marks.

There is a lack of staff in consumer services such as travel, gastronomy and the hotel industry. The jobs are hard, badly paid and precarious. During the lockdowns and other restrictions, many employees in the hospitality sector have looked for other jobs and are not coming back.

France is leading by example

Not only in the USA and Germany, but also in classic holiday countries such as Spain and Italy, employment in the hospitality industry is still well below the level of 2019 – even though a record demand would theoretically be possible this year: after two Covid years people thirst for a normal holiday.

But what we know from Germany – restaurants that close completely or partially due to a lack of staff, flights that are canceled due to a lack of employees in handling and security checks – also occurs in important tourist destination countries. With one exception: France. Employment there is even higher than in 2019. 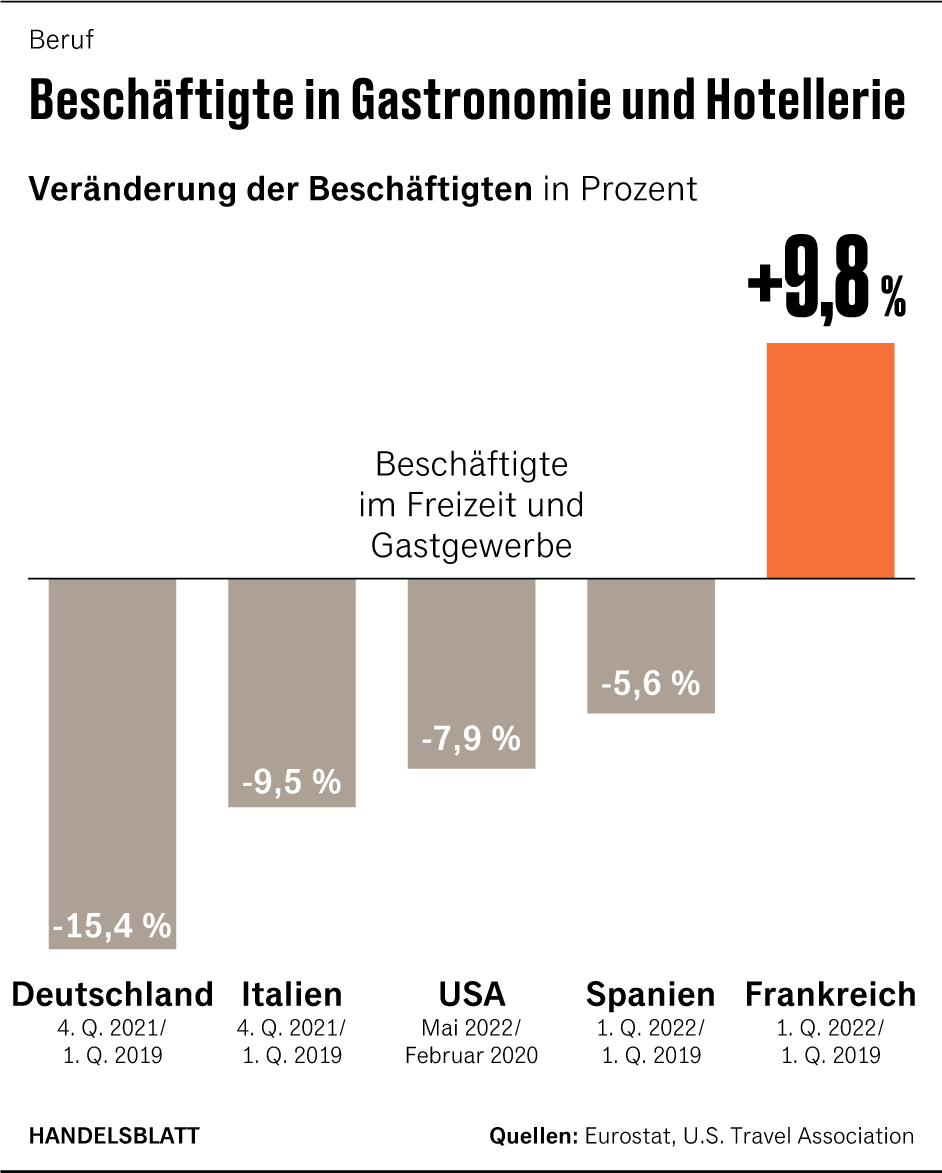 A question asked by Denis Ferrand, director of the French economic research institute Rexecode, shows the reasons: “France has done something to make jobs in these services more attractive.” There has been a lot more training, wages have risen, and temporary employment replaced by permanent contracts.

The result: the employees come back. At least in France, consumer-related services will probably be able to perform their function as a growth reserve.

Other countries have it in their hands to make work in gastronomy and tourism more attractive and thus support growth. This is much easier here than with securing the supply chain and energy supply.

The Pentagon talked about the increasing security vulnerabilities on Bitcoin (BTC) and cryptocurrencies in its recent research. The headlines in...