Brussels The race for the location of the new European anti-money laundering authority AMLA (Anti-Money Laundering Authority) is heating up. At the meeting of EU finance ministers on Tuesday, the first six countries publicly declared their bid.

After a presentation by EU Finance Commissioner Mairead McGuinness, the French Council representative surprisingly spoke up and declared that he wanted to officially propose Paris as the location of the planned authority.

Several international organizations with relevant expertise are already based in the city, said the Frenchman. He named the OECD and the European Banking Authority (EBA), whose experts would likely form the core of the new agency. On top of that, France is a pioneer in the fight against money laundering.

To the smiles of the group, a bidding competition began among the finance ministers and state secretaries present. The meeting was broadcast live on the EU Council’s website.

Spanish Finance Minister Nadia Calvino said: “I didn’t really want to say anything, but now Paris is officially a candidate. Of course I have to get in touch.” Madrid is the “ideal candidate”. She also has a list of reasons, but does not want to list them all.

After her it was the turn of Federal Finance Minister Christian Lindner (FDP). Frankfurt is also applying, he said. The city is an important financial center and Germany has made great efforts to improve the fight against money laundering. The Liberal acknowledged that there had been “some shortcomings” in the past. But the ambition is now “extremely big” to do better. 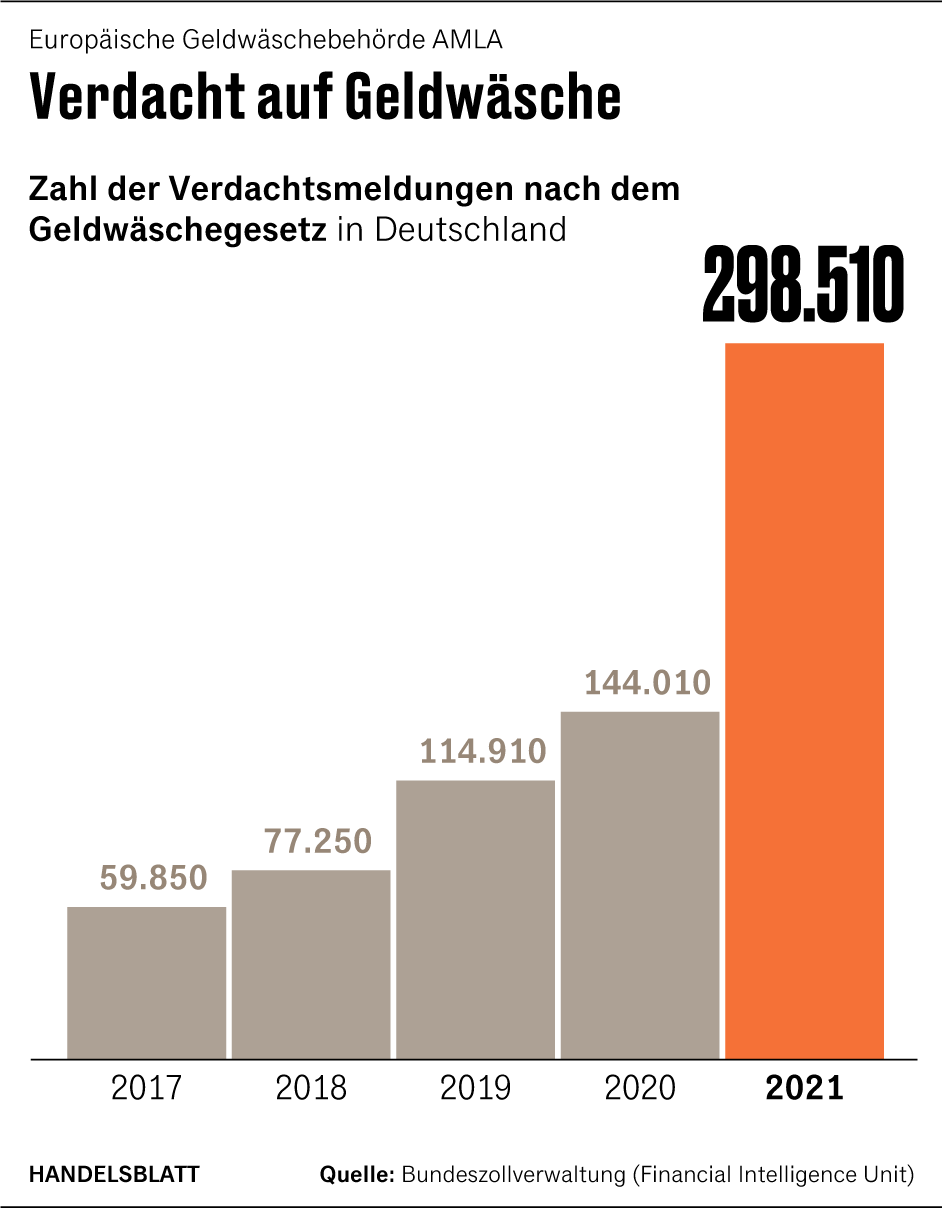 Recently, however, Lindner has not exactly attracted attention as a model student. The EU Commission would like to introduce a Europe-wide cash limit of 10,000 euros as an anti-money laundering measure, and the SPD is also in favor of it in Berlin. Only Lindner’s FDP strictly rejects this, because from their point of view, cash stands for privacy and data protection – and not primarily for criminal transactions.

After the German, the Lithuanian representative campaigned for Vilnius as an AMLA location. His country has a very good record of managing risk in the financial sector and fighting money laundering, he said. In contrast to the other applicants, they also have more experience with fintechs and crypto, which are playing an increasingly important role in money laundering.

He brought up another argument that could be considered when choosing a location: geographic balance. Most EU institutions are based in Western European countries, while Eastern Europe has some catching up to do.

While Paris and Frankfurt point to a cluster effect caused by the financial institutions that are already based there, such as the EBA or the European Central Bank (ECB), the cities without international authorities rely on the principle of justice.

Austrian Finance Minister Magnus Brunner said Vienna was the “perfect place” as a bridge between East and West. Incidentally, the city is regularly voted the most livable city in surveys.

The Luxembourg Minister of Finance, Yuriko Backes, did not want to be left behind. Your country also has a lot to offer – not least many other EU institutions.

Location question could delay the start of the authority

Portuguese finance minister Fernando Medina concluded with a joke. “We have the ideal conditions, but we won’t apply ourselves,” he said dryly.

The ministerial parade illustrates that the choice of location for the new agency will be the most difficult decision in the anti-money laundering package. In addition to the six countries that have spoken, there are other internal applications. Italy, for example, would like to bring the authorities to Milan.

There are already concerns in Brussels about the schedule. The Commission hopes that the Council of Member States and the European Parliament will adopt the anti-money laundering package by next June so that the new authority can start work as planned in 2025. Should the agreement drag on for a longer time because of the location dispute, the lead time would be tight.

It is the first time that the European Parliament has a say in the choice of location. That’s why there isn’t a well-rehearsed process yet. The Council and Parliament are currently working out parallel criteria according to which they want to make the decision. This should then result in a joint shortlist of shortlisted candidates. Finance Commissioner McGuinness urged urgency: “If we don’t have this discussion now, the launch of AMLA could be delayed.”

More: Luxembourger Gramegna is the new ESM boss because Italy has given way