Dusseldorf In the conflict over higher prices between Coca-Cola and Edeka, the beverage manufacturer has achieved a stage victory. The US group must not be forced to supply the supermarket chain as long as there is no agreement on new prices. That was decided by the district court of Hamburg on Thursday.

Three weeks ago, the regional court had issued an injunction, according to which Coca-Cola had to continue to supply Edeka at the old conditions until the end of September. In contrast, the Coke bottler Coca-Cola Europacific Partners had lodged an objection.

Edeka has the legal option of subsequently reclaiming an allegedly excessive price, the chamber responsible for commercial matters said on Thursday. In addition, the retailer failed to demonstrate with sufficient credibility that the prices charged by Coca-Cola deviate significantly from those that would most likely result in the event of effective competition.

Edeka can appeal against the judgment at the Hamburg Higher Regional Court.

Coca-Cola considers the decision to be “pointing the way” – also with a view to price negotiations between retailers and manufacturers on an equal footing, in which both should have appropriate room for manoeuvre. This also means that manufacturers only deliver products to customers who accept the applicable prices, just as retailers claim to be able to list products in order to emphasize their demands.

Delistings and delivery stops are last resorts when price negotiations escalate. In the past there were often gaps on shelves where well-known brands such as Pepsi, Haribo or Granini were missing for months or years.

In times of inflation, grocers are now confronted with high price demands from almost all suppliers. Prices have already been raised across the board. Retailers worry that customers will leave if they raise their prices too much. The consumer climate is already at an all-time low.

Coca-Cola wanted to raise prices for the second time this year on September 1 because of increased costs – “in the higher single-digit percentage range”. According to market researcher Nielsen, the prices for soft drinks in August were even 9.4 percent higher than in the previous year, the bottler argued.

However, the largest German food retailer, which is known for tough price negotiations, did not want to accept the price demands. The beverage company had therefore stopped supplying beverages such as Coke, Fanta or Sprite in September.

Edeka had previously described the beverage company’s delivery stop as a “unilateral breach of contract”. A spokesman argued that dominant companies such as Coca-Cola were prohibited from doing so under antitrust law. The court did not share this view.

“Edeka’s claim that the price increase was inadmissible or disproportionate was refuted and rejected,” said Andrea Weckwert, Vice President Legal Germany of the bottler. Edeka initially did not comment on the verdict when asked.

Coca-Cola is an important footfall generator for supermarkets

In 2020, Coca-Cola was the seventh largest supplier to the German food retail trade, with sales of 2.2 billion euros according to the Federal Gazette. For Edeka, the brand is not only an important source of sales, but also a source of customer frequency. On every twentieth receipt from Edeka there is a Coca-Cola product, the price transparency app Smhaggle determined for the “Lebensmittelzeitung” based on around 960,000 receipts. 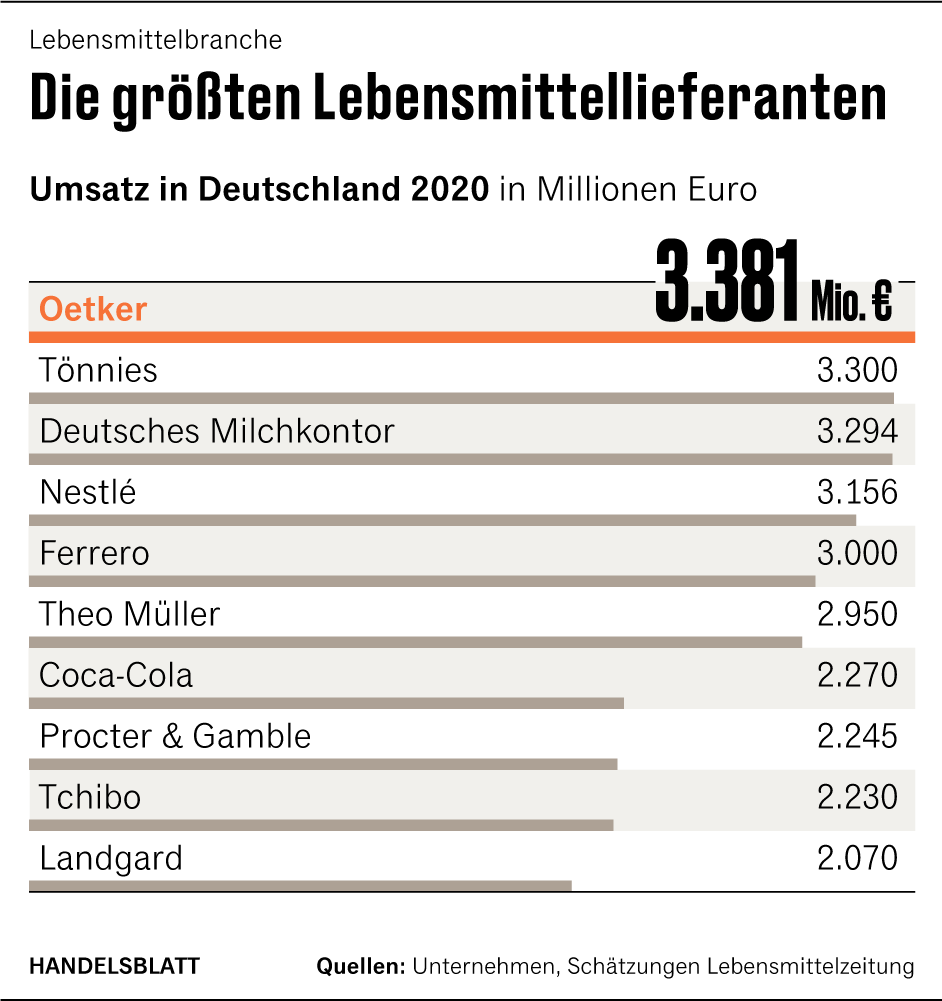 Edeka generates around a quarter of total sales of Coca-Cola products through discount campaigns. The US brand is considered a guarantee for additional sales. Customers who buy Coke also like to buy other brands such as Haribo, Maggi or Funny-Frisch.

While Coca-Cola continues to argue with Edeka about prices, Aldi Nord has become the first major retailer to raise the selling prices for the US group’s products, reports the “Lebensmittelzeitung”. They rose accordingly by eight to 13 percent.

The competitor brand Pepsi also wants to raise prices in December. It would also be the second price increase this year. Edeka listed the entire range of the US group in December – from Pepsi to Lay’s chips. It was only in the spring that an agreement was reached on the new conditions.

More: “Customers are getting used to 4.99 euros for butter” – An expert explains how manufacturers set prices