Stuttgart, Frankfort According to financial circles, the automotive supplier Eberspächer is preparing to sell its exhaust technology division “Purem”. The company based in Esslingen am Neckar (Baden-Württemberg) is working with the investment bank Rothschild on a strategy concept in which sale will be the preferred option. However, there is no start date for a possible auction.

Industry experts expect that Eberspächer will start sounding out potential buyers before the end of this year. A spokeswoman for the Eberspächer Group explained when asked by the Handelsblatt: “The Eberspächer Group is a family company and the shareholders are clearly committed to the company in the current situation.”

Eberspächer is well positioned with products for both e-mobility and classic drives. The consortium agreement with the banks runs until mid-2025, and the company is in talks with its lenders. The investment bank Rothschild declined to comment when asked.

The lenders are putting Eberspächer under pressure. The banks, led by Landesbank Baden-Württemberg, had expanded the company’s credit lines to around 800 million euros in July and extended the term until mid-2025 – with the proviso that the exhaust business would then finance itself. BCG restructuring expert Uwe Johnen was appointed to the board as Chief Transformation Officer in July to drive the project forward.

Eberspächer had already put Purem up for sale in 2015. At that time, US competitor Tenneco had offered around one billion euros, 25 percent of which was in Tenneco shares, and a seat on the board of directors. That was not enough for the Esslingen company, Eberspächer kept the business.

Eberspächer exhaust business: the list of possible buyers is short

In the Stuttgart area, one speaks of the “Eisenmann Syndrome” when families overestimate the price of their life’s work and let sales deals fall through. In the meantime, the company should only get less than half of the bid price at the time for the exhaust technology division, experts estimate. The future forecasts in the exhaust technology business are significantly worse than the last attempt to sell, because the car manufacturers are focusing even more on electromobility. 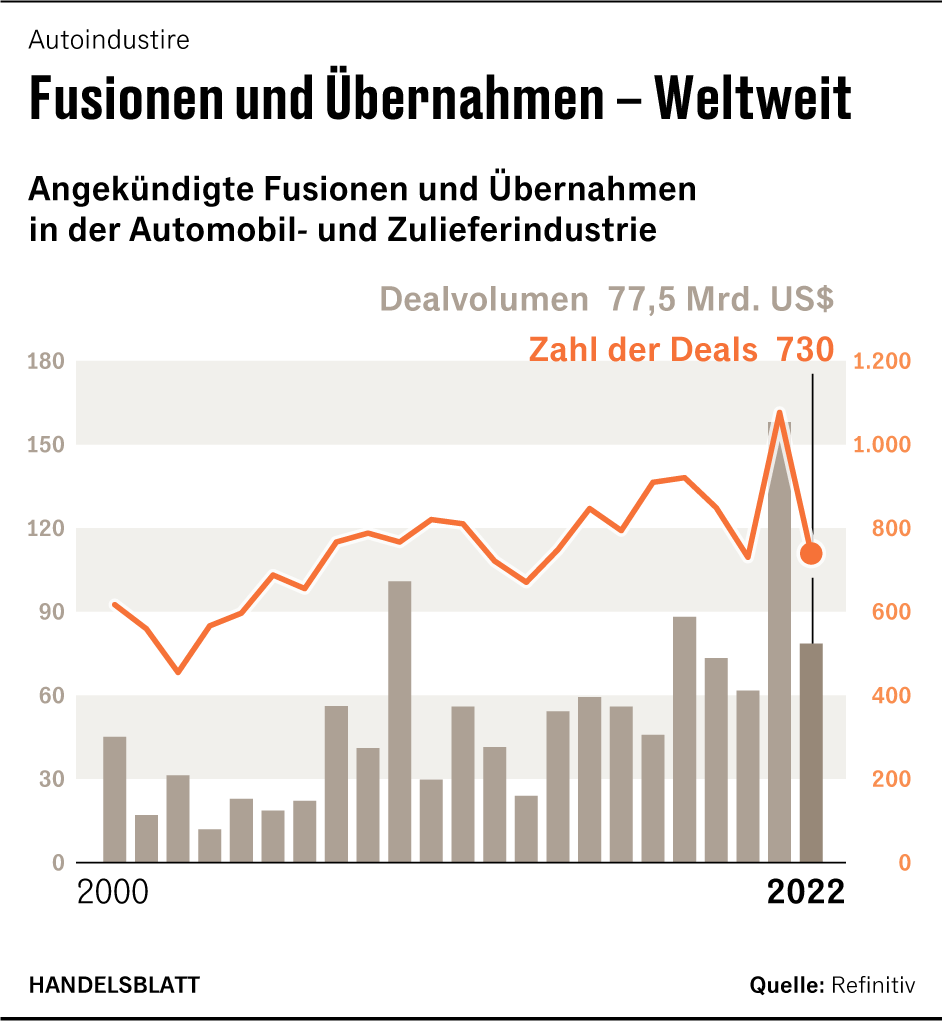 The list of possible bidders is short: In addition to Tenneco, there would also be competitors Faurecia and Benteler, but none of the companies are said to have great ambitions to expand the exhaust gas business. Financial investors are currently reluctant to buy from automotive suppliers. The few exceptions include KPS and Triton, which are notorious for their low bid prices.

Purem might not be attractive enough for an IPO either. One way of earning money despite the shrinking market would be to merge several manufacturers into a “last man standing” group. However, Eberspächer lacks the money to take on this role itself.

Eberspächer: Sales in the exhaust division have been falling for years

The Esslingen-based supplier posted an operating result (Ebitda) of 184 million euros in 2021, but does not break down the number by division. According to financial circles, Purem recently no longer made the 150 to 200 million euros Ebitda contribution that the division had brought in in good times.

>> Read also: Hackers paralyze the IT systems of the automotive supplier Eberspächer

With 1.6 billion euros, the division generated two-thirds of the group’s net sales in 2021, adjusted for transitory items such as raw material costs. But the division’s sales have been falling for years, especially in view of the planned phasing out of the production of combustion cars, pure is becoming a risk for Eberspächer. After all, electric cars don’t have an exhaust.

Air conditioning technology should lead the family business into the future

Critics of the family company, founded in 1865, complain that the representatives of the owner families saw the development, but that they did not take countermeasures consistently and early enough. When the car manufacturers then cut their orders at short notice during the Covid crisis and at the same time raw material prices rose sharply, Eberspächer was left with its inventory with correspondingly high capital costs.

In September 2020, the then company boss and co-partner Heinrich Baumann also died surprisingly. Martin Peters, who married into the owner family for many years, took over the management of the company. He wants to prepare Eberspächer for the end of the combustion engine – with investments in hydrogen technology, electrical wiring systems and heaters for electric cars. 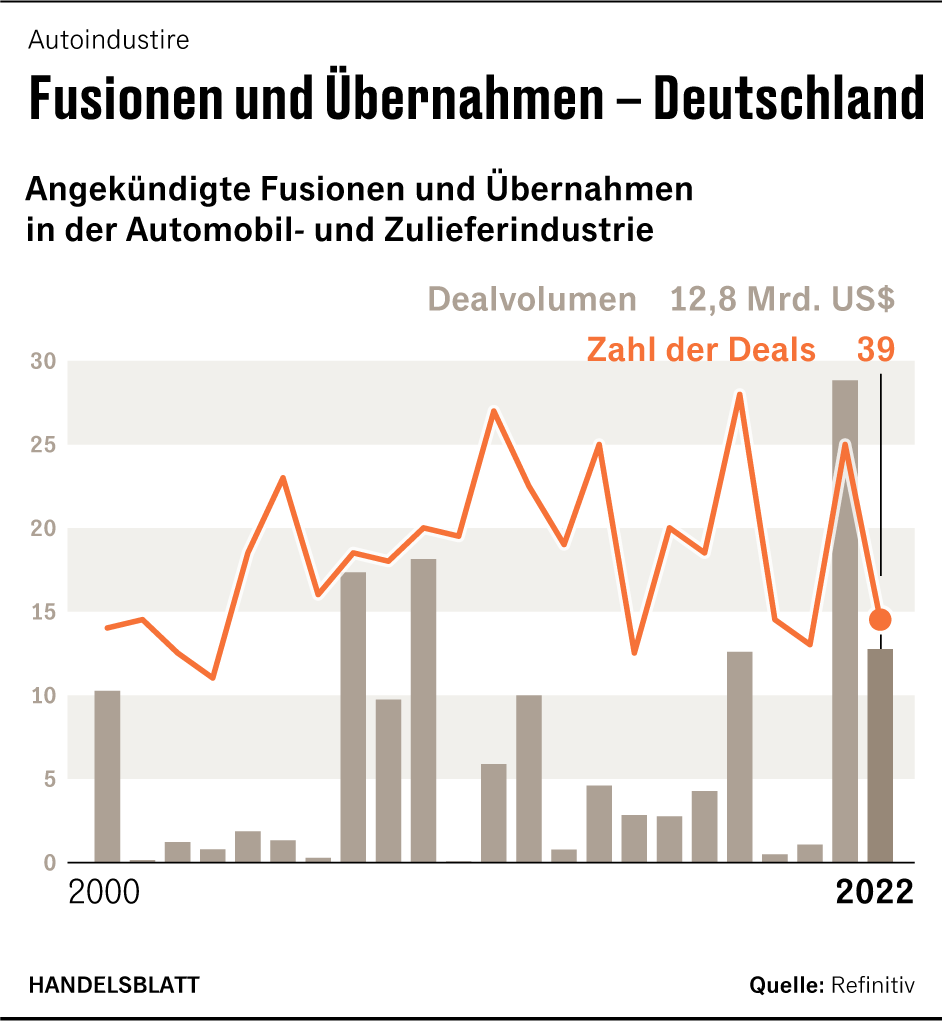 The heating and air conditioning technology with a turnover of 600 million euros is considered the most promising part. The business is expected to grow to one billion euros in sales by the time the consortium agreement with the lending banks expires in mid-2025. But on the market, Eberspächer has to assert itself against major competitors such as Mahle, Bosch, ZF and Vitesco.

By 2025, Peters also wants to reduce its dependency on the business with parts for combustion engine cars – the contribution to sales is expected to fall from 63 percent in mid-2022 to 53 percent. According to experts, however, this is still far too high.

The World Health Organization, in its presentation after the earthquakes in Kahramanmaraş, drew a particularly bad picture for Syria. The...