Although we look at them as our friends today, in fact, throughout history, the relationship between humans and animals has been based on self-interest. Animals, which are useful to us in many different fields, have even been used in wars. The most important example of this is Timur’s elephants. founder of the Timurid state Timur took the elephants he encountered in India into his army. and used them as a great attack force.

First of all, where did Timur get the elephants?

This state, known as Timurids, Timurid State and Great Timurid Empire, It is a Turkish – Mongolian state founded by Timur. The Timurids, who dominated most of the Asian continent between 1370 and 1507, are known for being strong soldiers and using elephants in wars. Of course, this idea belongs to Emir Timur.

On 17 December 1398, the Delhi Sultanate and the Timurids came face to face. The Timurids are astonished because there are elephants in front of them that could not be knocked down even by hundreds of arrows. Timur goes to his tent and thinks for a while. He comes out of his tent and calls his commanders and asks them to bring all the camels in the army.

Soldiers tie the camels together with chains and fill their backs with materials to burn. When the elephant attack begins, the materials on the camels are set on fire. Elephants seeing a ring of fire in front of them frightened, he starts running backwards and confuses the Delhi army. On top of that, Timurid archers attacked and the battle was won in a short time like an hour.

Emir Timur was impressed by the use of elephants in this way and took them in his army. Those who drive the elephant are chosen as Turks and their caretakers as Hindus. In order to protect them from attacks, their entire bodies are covered with armor and imposing mausoleums are placed over them. Timur’s elephants thus appear on the stage of history.

Before moving on to the details, let’s see the situation in Anatolia before the Battle of Ankara:

Beyazid I, who ascended to the Ottoman throne in 1389, He dominated all rebellious Anatolian principalities. He besieged Constantinople, defeated the Crusader army and won a great victory against the Mamluks.

Meanwhile, Timur united the Turkish and Mongolian tribes; After Iran, Iraq, Azerbaijan, it reached Anatolia. Anatolian beys fleeing from the Ottoman Empire asked Timur for help. and Timur told Beyazid in a threatening language to give back the principalities. After this point, after the famous correspondence between them, the two sides finally came face to face in Ankara. 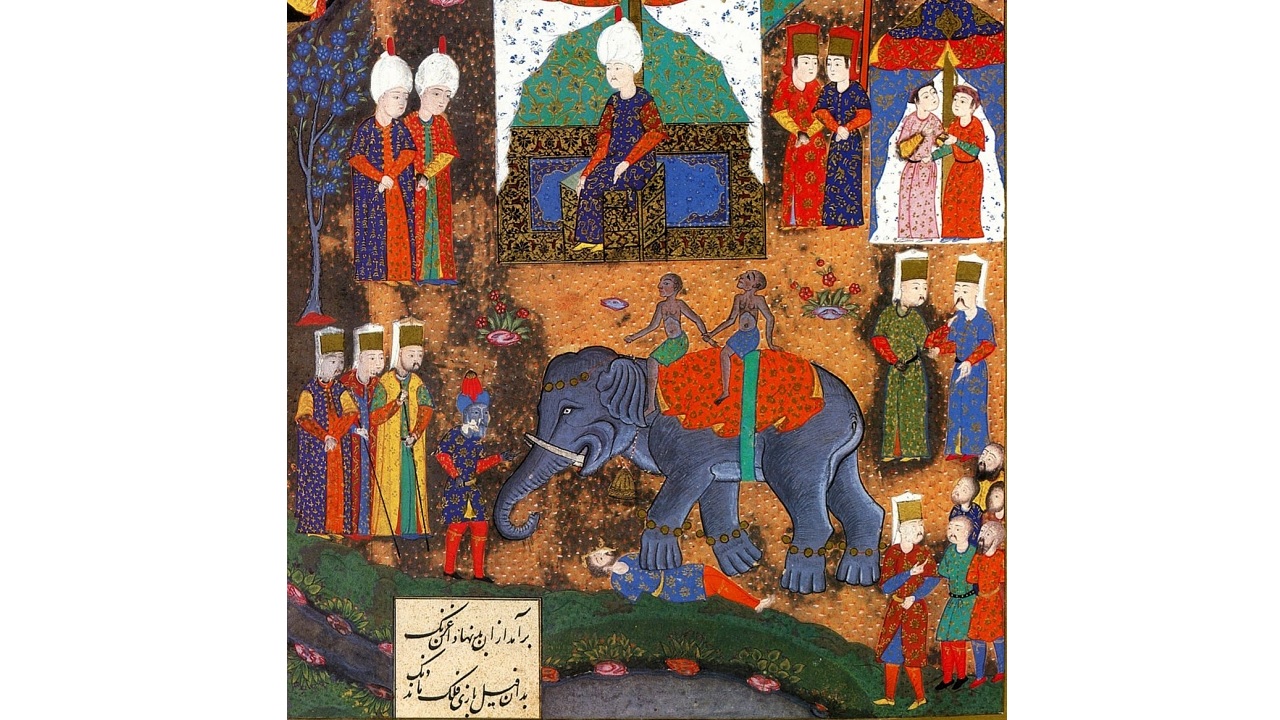 Timur’s elephants take the stage at the Battle of Ankara:

Timur, who received the news that Beyazid I’s army was on a campaign against him, immediately gathered his army and The two armies met on 28 July 1402 in Ankara’s Çubuk plain. Although it is not certain, it is estimated that Timur had close to 800,000 soldiers and Yıldırım Beyazid had close to 300,000 soldiers.

The Battle of Ankara started like all the wars of the period. As time passes and the heat rises Timur gave the order to his commander, Isen Buga, and Timur’s elephants, hiding behind trees, appeared on the scene. The Ottoman soldiers, who saw such large animals for the first time in their lives, were astonished by these animals, which they could not do the slightest harm despite shooting thousands of arrows.

The Timurid army, which attacked before the Ottoman soldiers could overcome this astonishment, caused great casualties. Even the Grand Vizier and the janissary agha fled with their soldiers and left the battlefield. Yıldırım Beyazid was also among those who fled, but he could not get far. He was captured by Sultan Mahmud in Mahmutoğlan and taken prisoner. 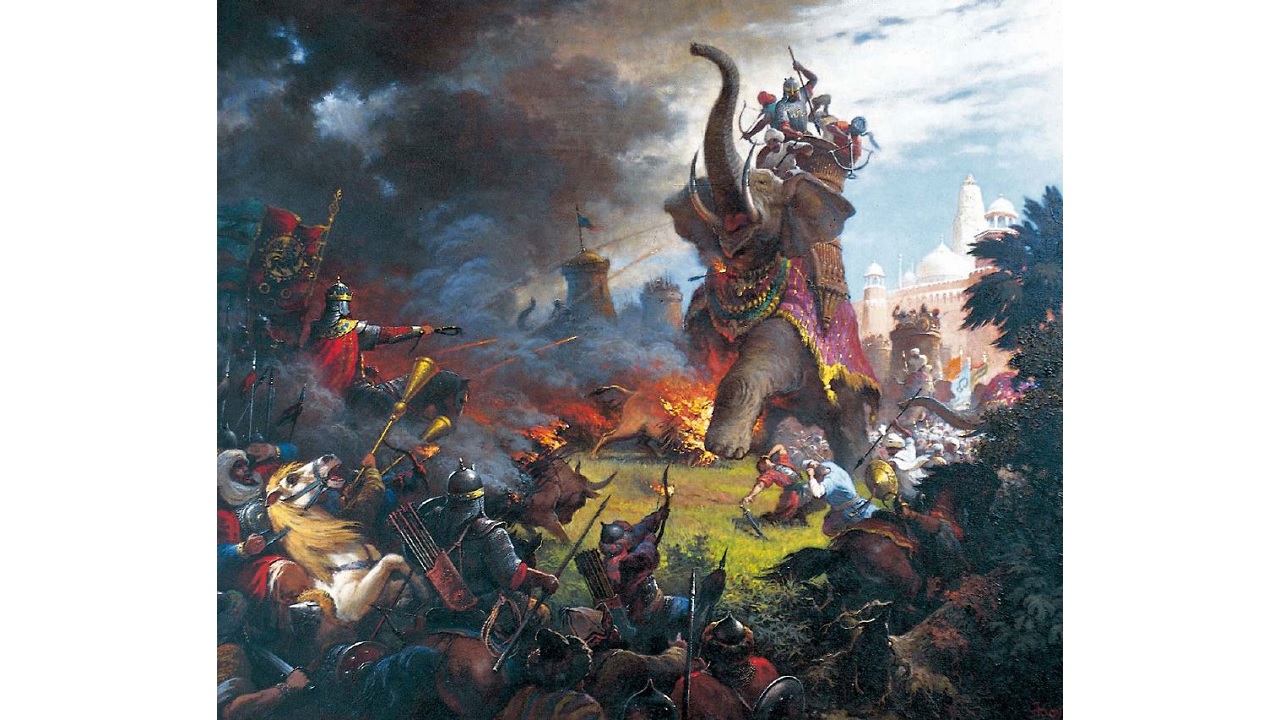 The course of Turkish history changed after the Battle of Ankara:

Timur’s army, which won the Battle of Ankara, did not slow down and began to seize Ottoman cities one after another. When he came to Bursa, Beyazid’s family was taken prisoner. He died on March 8, 1403. Timur made Beyazid’s married wife his servant. After this terrible event, the Ottoman sultans were not married for a long time so that such an event would not happen again.

When Timur redistributed the lands he had captured to the Anatolian lords, the political unity in the region was broken. When the trade flow in Anatolia was also disrupted, the Venetians and Genoese took over the maritime trade in the Eastern Mediterranean region. Many Turks who escaped from this chaos migrated to Rumelia and the Balkans. When the Ottoman lands, which had shrunk gradually, were divided among the princes, the Interregnum, which would last until 1413, began. 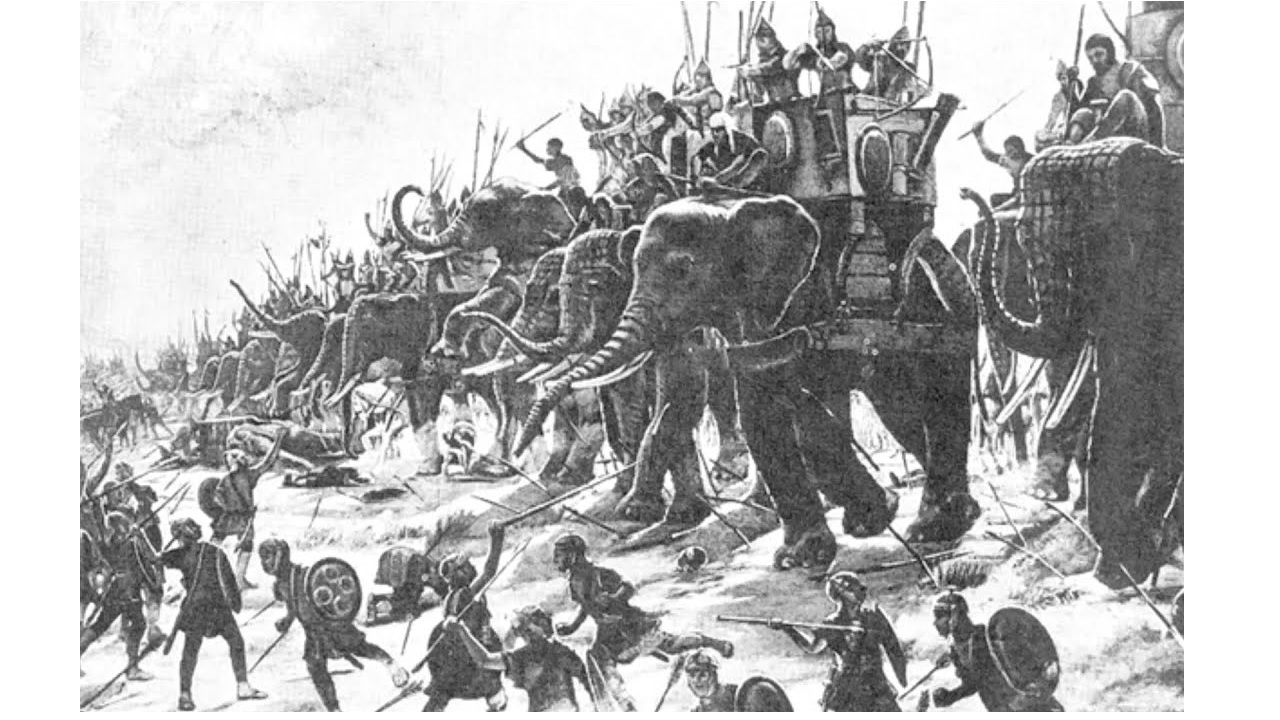 What would have happened without Timur’s elephants?

An unborn child is not cut off, but a little brainstorming never hurt anyone. changing the course of history Have you ever thought about what would have happened without Timur’s elephants? Honestly, it wouldn’t be much of a change. Because Timur was indeed one of the greatest military geniuses that history has ever seen. Moreover, in terms of the number of soldiers, Yıldırım was superior to Beyazid’s army.

According to some historians, Beyazid was the victim of arrogance. Winning successive battles and gaining victory over the Crusaders had blinded him. It is possible to understand this situation from the letters he wrote to Timur. Not much would have changed without Timur’s elephants, but if Beyazid had preferred diplomacy instead of writing such harsh letters, perhaps the course of history would have progressed in a completely different direction. 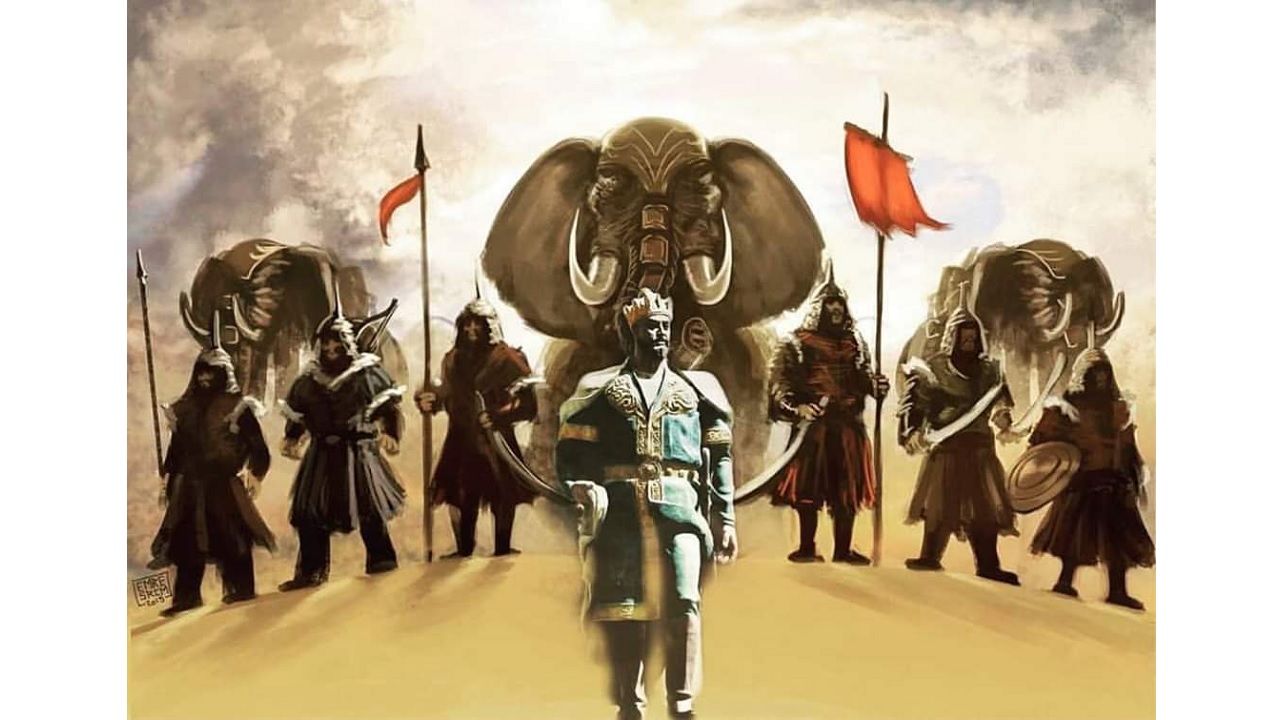 There is also Timur’s elephants joke:

After Timur won the Battle of Ankara, he went to rest with his soldiers. He entrusted the elephants to the people of Akşehir to look after them. Good, but big big elephants are eating and not getting enough. The people of Akşehir, who were already half-starved, finally asked Nasreddin Hodja to go and talk to Timur. Nasreddin Hodja said it would be okay if you followed me, and they all set off together.

It changed the course of the Battle of Ankara and thus Turkish history. We told the story of Timur’s elephants and we talked about the role of these animals on the stage of history. You can share your thoughts on the subject in the comments.