“We’re braving the storm and making tough decisions,” said the Conservative finance minister as he announced a £55 billion mix of tax hikes and spending cuts. This corresponds to a little more than two percent of gross domestic product (GDP). The austerity program after the 2010 financial crisis was of a similar scope, and many Britons still have bad memories of it because of the social hardship it caused.

Around 30 billion pounds are due to cuts in public services, around 24 billion pounds are to come from tax increases in the state coffers so that the public debt as a percentage of GDP falls in the medium term up to the financial year 2027/28. At the end of September, the debt ratio was around 100 percent.

The reason for the tough austerity measures is not just the upheaval in the global economy, caused above all by the war in Ukraine. Hunt also sees himself forced to apply the full brakes on fiscal policy in order to win back the confidence that has been lost in Great Britain on the financial markets.

The crisis of confidence was caused by the risky financial policy of Prime Minister Liz Truss, who resigned after just 45 days. “We have damaged our international reputation,” admitted Fed Chairman Andrew Bailey this week. The markets barely reacted to Hunt’s announcements, only the pound weakened slightly against the dollar.

The change of course in fiscal policy is being made more difficult by the deteriorating economic situation. According to the non-partisan Office for Budget Responsibility (OBR), Great Britain is already in a recession and must expect a decline in economic output of 1.4 percent in the coming year. In 2024, the economy is then expected to grow again by 1.3 percent. The average inflation rate is expected to fall from 9.1 to 7.4 percent next year

With his austerity plan, Hunt reaches deep into his political bag of tricks. First, he is postponing many of the painful austerity measures until after the next general election, which is expected to be held in late 2024. In doing so, he hopes to appease angry Tory voters. At the same time, he is putting pressure on the opposition Labor Party, which has to declare before the election whether it wants to keep the austerity plans or replace them. 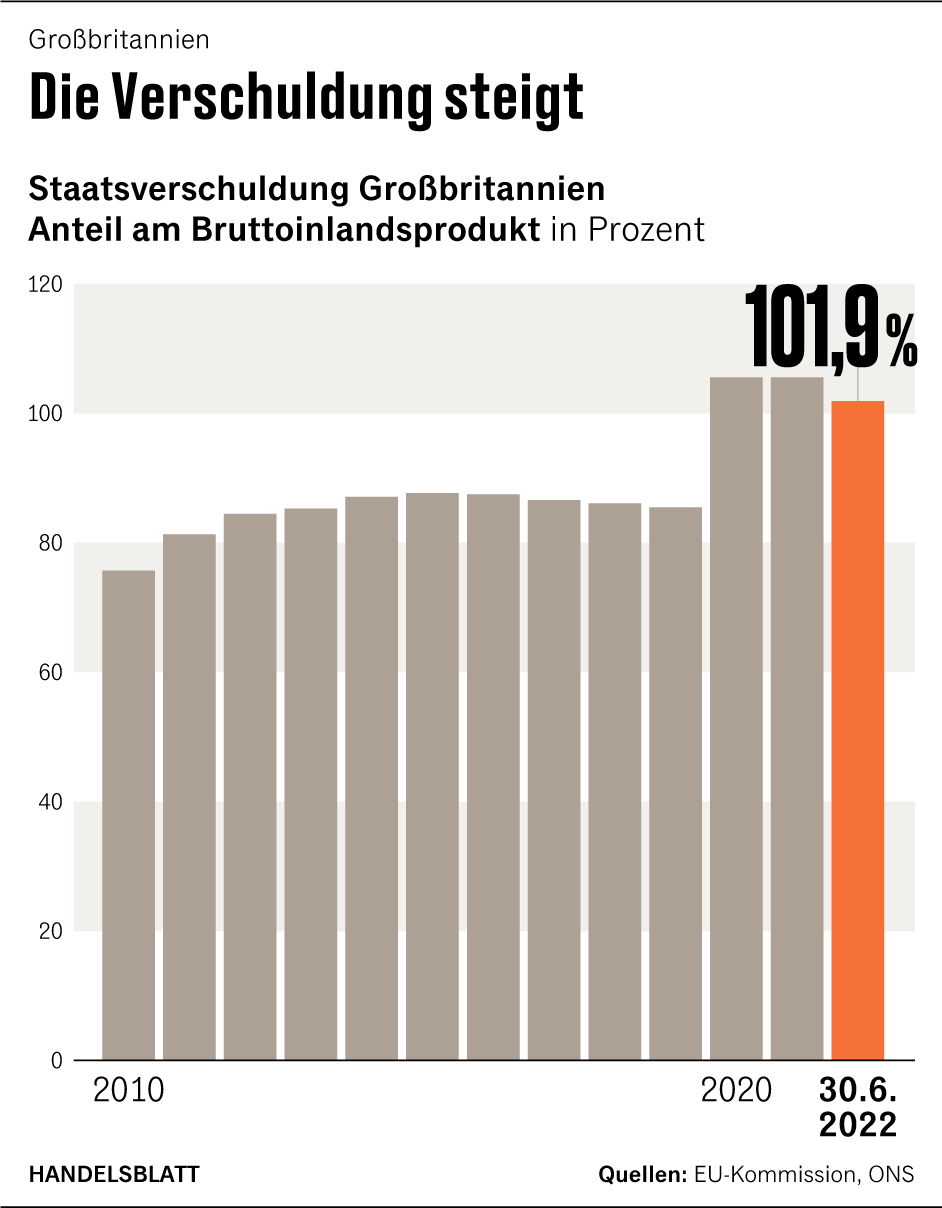 “Without this political calculation, savings of around £30 billion would have been enough to put the finances in order,” economist and Allianz advisor Mohamed El-Erian told the BBC.

The Finance Minister wants to achieve a large part of the tax increases by freezing allowances and exemption limits for the next five years, so that many Britons are pushed into higher tax brackets by rising prices and wages. In this “cold progression” inflation becomes a virtual tax collector. In addition, the top tax rate of 45 percent will apply in future from an annual income of around £125,000, previously it was £150,000.

The energy companies are also being asked to pay: The excess profit tax for oil and gas producers, which has been in place since May, will be increased from 25 to 35 percent. In addition, electricity producers are also to pay a temporary special levy of 45 percent on their chance profits from the energy crisis.

EU rules are to be abolished

From 2025, spending on public services should no longer increase by 3.7 percent as originally planned, but only by one percent in real terms. However, government pensions and welfare payments are set to increase in step with September’s inflation rate of 10 percent. The minimum wage will also increase by the same rate to £10.42. The government cap on consumer energy bills will be raised from the current average of £2,500 to £3,000 from April. Nevertheless, according to calculations by Paul Johnson, head of the Institute for Fiscal Studies (IFS), the disposable income of British households will fall by around seven percent in the coming years to the 2013 level.

There should be no cuts in the large infrastructure projects. The government wants to contribute £700 million to the first new build nuclear power station in Suffolk. Hunt promised that the high-speed railway connections to the north of England (Northern Powerhouse Rail and HS2) would also be pushed ahead as planned.

The Minister of Finance expects new growth impulses from this as well as from the dismantling of EU rules from the time of British membership. “We want to use our Brexit freedom,” announced Hunt, and to relax the so-called “Solvency II” rules to give insurance companies the opportunity to invest their capital more freely.