In the era of Windows 7, have you ever wondered why the gadgets we kept on the desktop were removed even when we weren’t using them?

windows When operating systems first came into our hands, all of us, as far as we understand, tinkered with every point. Some of us went and turned on their music, at that time your media player He spent hours on his hypnotic videos. Some of us have also spent hours following the paths of the pipes in the screen saver.

In this way, each new operating system has left us with different features to tamper with. Introduced with Windows Vista and reaching the greatest popularity in Windows 7 desktop gadgets was one of these features. So why couldn’t we see them in later operating systems?

Microsoft made an official statement for this issue.

In the aforementioned statement, the company said that the support of the vehicle gallery has been terminated and that this security problems stated that it was due to At the end of the statement,that attackers can manage your computer through both tools” as well as “can change the behavior of vehicles” he added.

Also, these tools ActiveX was based. ActiveX is Microsoft’s object-oriented program that used to work with the Internet. programming was the tool. No need to confuse, of course. You just need to know that the tools in question work on ActiveX.

So was ActiveX safe?

Microsoft for ActiveX-based applications whether they are reliable It was showing a certificate that showed it. However, the problems that occurred with the installation of the uncertified application were left to the user’s responsibility. This end user It is not difficult to guess that it did not find much response on the side.

According to Mark Phaedrus, a software developer at Microsoft, the threatening part is the majority of tools. connected to ActiveX it was. For this reason, it was possible to access ActiveX controls through the tools (or at least there were vulnerabilities that made this possible). Because of ActiveX’s vulnerabilities, ‘ActiveX attacks‘ started to become popular.

There was only one way left, both to eliminate this problem and to maintain the existence of the vehicles.

Because, according to Phædrus, it was almost impossible to close the loopholes of the system. With that in mind, we can use tools more reliably without being ActiveX-based to fix the problem. redevelopment had to. So was it worth it?

According to Phædrus, the answer is no, and for two reasons.

Let’s start with the simplest. It’ll be like a hard pill to swallow, but ‘these tools are hardly not considered functional‘. You didn’t need a clock that you placed on the right, because you only had to look at the bottom right to find out the time. The same was true for the calendar.

Apart from these, although there are a few functional tools (such as performance monitoring), these are too many. system resource complained about their use.

And here’s the other reason: Microsoft was already spending all the resources on Windows 8. 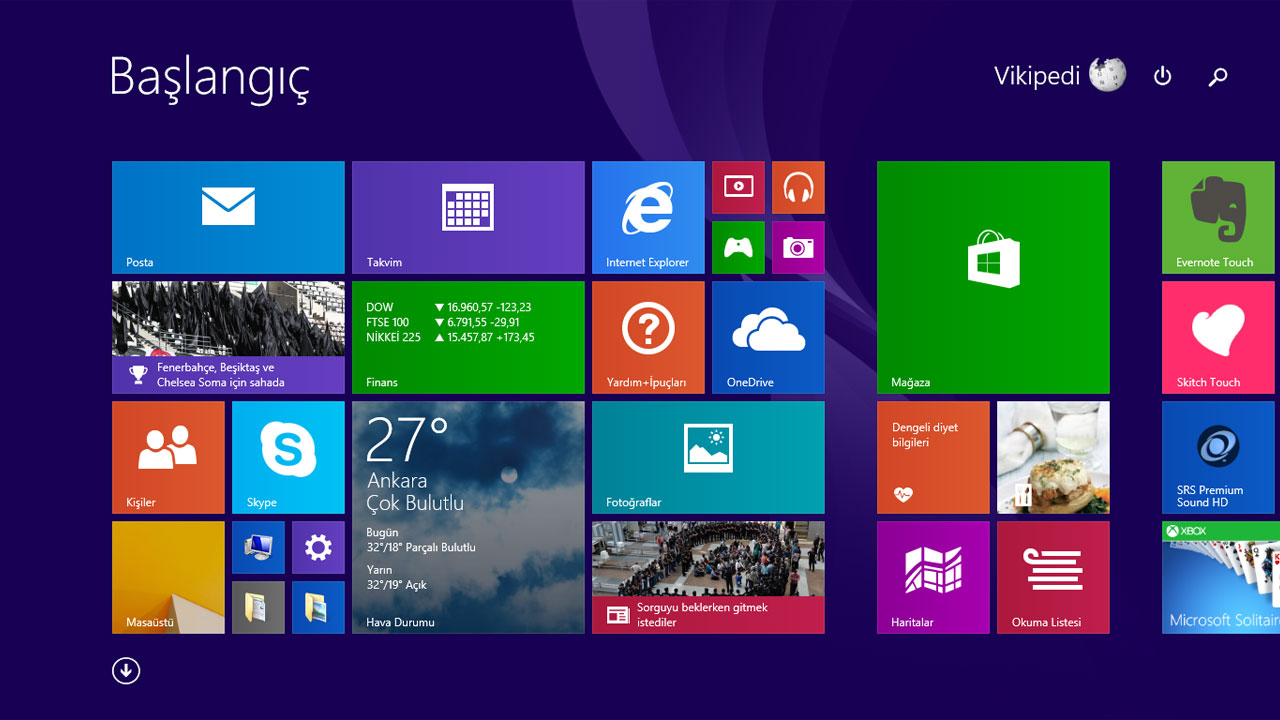 In Windows 8, we had a start screen and a desktop screen. And Microsoft, its developers, popularized with Windows 10. Universal Windows Platform He was trying to direct. We’ve seen the first steps of this on the metro-style start screen of Windows 8 and on Windows Phone models. But the return was not so good.

However, in this process, applications in general will be added to the new operating system. attempted to transfer. However, these tools, which are normally placed on the free right part of the desktop, would not be in the focus. because Windows 8With , Microsoft started to focus on mobile. In addition, a feature that allows applications to occupy a part of the screen was almost in a quality to close the gap of the tools.

The use of split-screen in current operating systems was a little more prominent in Windows 8.

It is problematic in terms of security, will require a lot of work to adapt to the new operating system, and there is already a lot of no fans perpetuating a trait was also not worth much, as Phaedrus said.

Thus, we can say that we have said goodbye to those tools that we keep on the desktop even if we do not use them, because of Microsoft’s ideals. Universal Windows Platform was not very successful, but the company should still be congratulated for such a bold breakthrough.