Rome The picture that a new study paints of Italy is bleak: 62 percent of families currently live on less than 2,000 euros a month, according to the corresponding outlook of the survey institute Nomisma. A third of the families had to limit their consumption this year. And 46 percent could not afford an unforeseen expense of 5,000 euros.

The queues at the food banks of the aid organizations are getting longer everywhere: at Caritas, the number of people in need of help also increased because of the corona pandemic with all its lockdowns. But even compared to the pre-pandemic year 2019, the need is now even greater.

A quarter of the families who ask the association for help have a job that is not enough to survive. “We are particularly worried about the inherited poverty over several generations,” says the head of the Italian Caritas, Marco Pagniello.

Since the war in Ukraine, not only have energy prices increased dramatically in Italy, food has also become more expensive. Butter: up 38 percent. Pasta: up 21. Milk: up 19. In October, overall inflation rose 11.8 percent – ​​the highest since 1984.

Other European countries are also struggling with similarly high price increases. In Italy, however, there is another fact that could drive the country into the next wave of poverty: wages have not increased in the past 30 years – they have even fallen slightly. 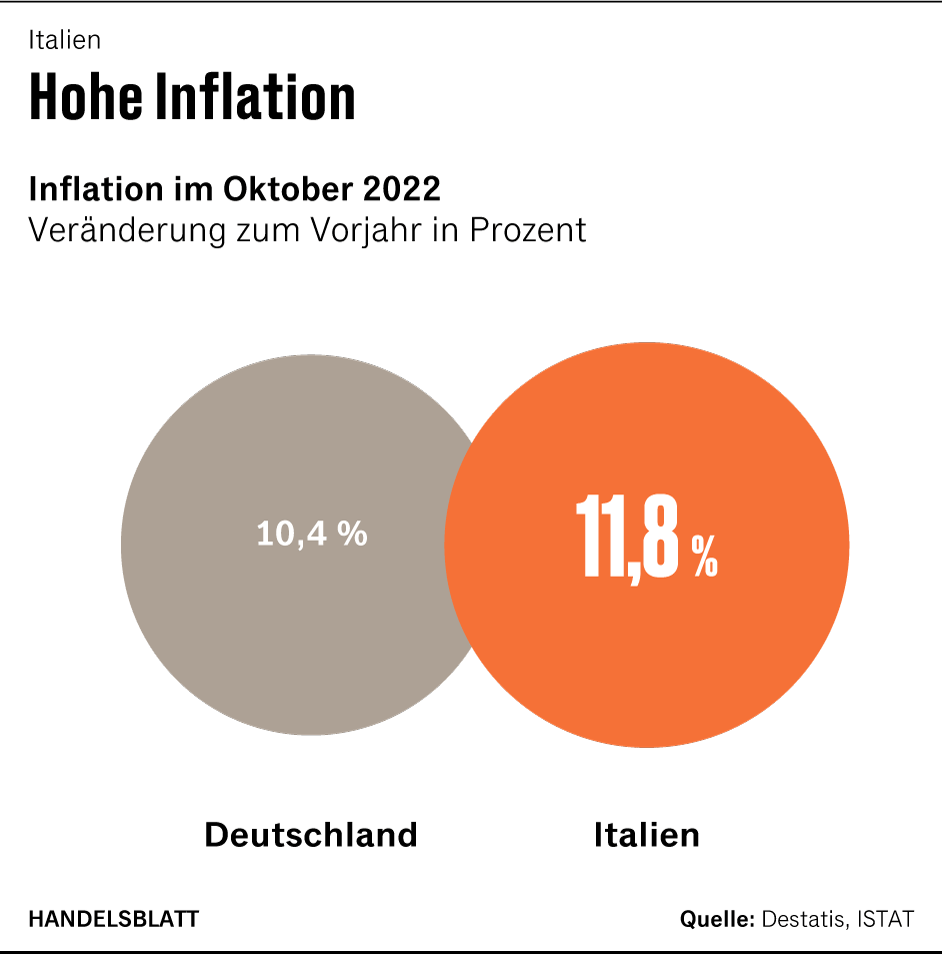 On Tuesday, the right-wing government led by Giorgia Meloni also announced the end of citizen income. The social benefit was introduced three years ago by the left-wing populist Five Star Movement – and has so far benefited people who cannot find work. “There are people who have been receiving the citizens’ allowance for three years, so apparently it hasn’t worked,” Meloni explained the decision.

In the coming year, it may be obtained for a maximum of eight months, from 2024 it is to be abolished entirely. A new social benefit is to be created afterwards, which is aimed at the poor and people with disabilities. However, there are no precise plans for this yet.

The government’s new budget divides the country, said Enrico Letta, former prime minister and leader of the Social Democrats. After all, the plan also provides for a “shopping savings card” for households with an income of less than 15,000 euros. The government is spending 500 million euros on this, and the municipalities are to distribute the discount cards directly to needy families.

There are strong regional differences in the country. While the average household income in the economically strong north is more than 36,000 euros a year, households in the south and on the islands of Sardinia and Sicily have an average of just 27,000 euros at their disposal. According to the national statistics office Istat, the risk of slipping into poverty is between eleven and 13 percent in the northern regions – in the south every third Italian is affected.

The think tank “Welfare, Italia” recently calculated that the number of families in absolute poverty could increase by 300,000 to 2.3 million as a result of high inflation. A total of 6.4 million people in the country would be affected. 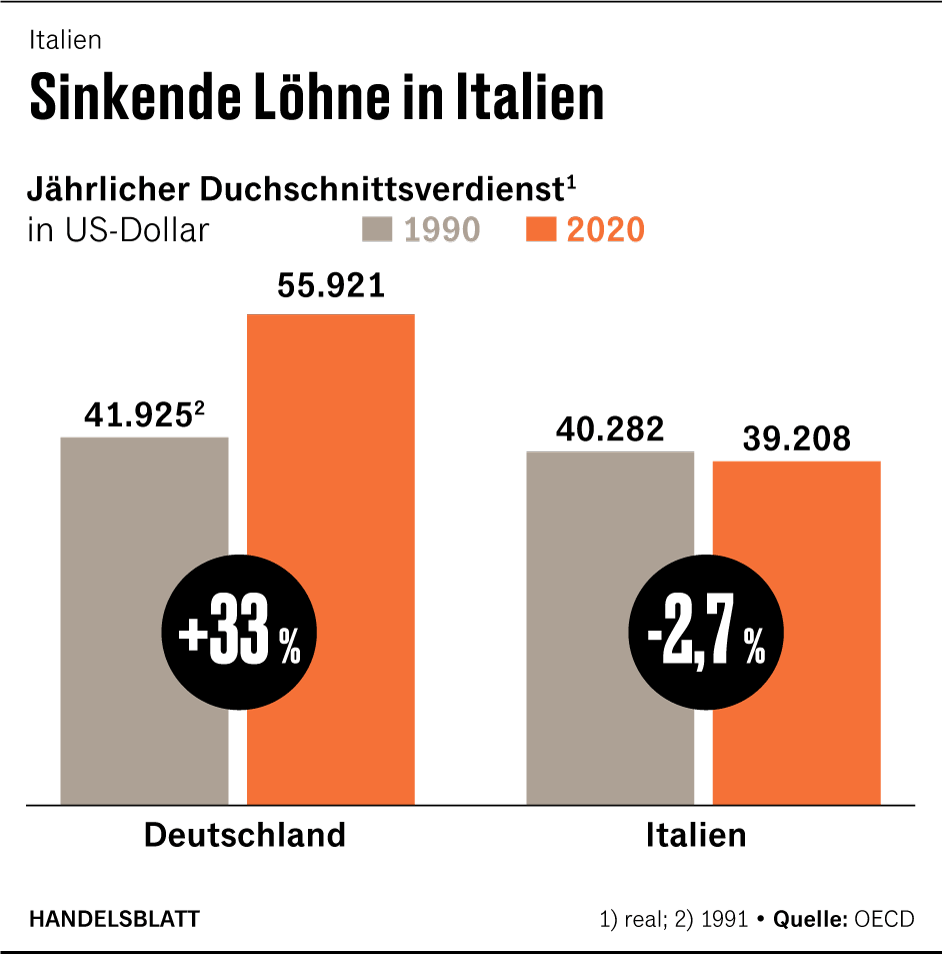 The wage gap divides the already socially divided country even more into poor and rich, south and north. So far there is no minimum wage, but there are many collective agreements, which, however, mainly apply to industry and sectors, most of which are located in the prosperous north.

Everywhere you hear the same stories: of waiters who work in holiday resorts for four euros an hour. From young women and men who only have four hours of work in their contracts, but still work full-time.

By people who have two or three jobs in order to be able to afford the expensive life in cities like Milan or Rome, where rents are now on a par with Munich.

President Sergio Mattarella sent a video message to a social summit on Tuesday when the government announced its budget including social cuts. Mattarella called the social system “a mainstay” – and expressed concern: Because of the current economic situation, there is a concrete threat that poverty will increase.

More: Crack in the boot – journey through a socially and politically divided country