Founded in Sweden and bringing great changes to the furniture industry all over the world, IKEA has a large user base with its minimalist and simple designs. However, although IKEA is loved by many people, it continues to be criticized for reasons such as the location of the stores.

In many cities and countries, going to IKEA is like going on a long journey. Because most of the stores are located far from the city center. Besides company management accepts this.

So why is IKEA, which is very popular and has a large customer base, to open its stores? especially in remote areas is it building?

Most of IKEA’s stores have warehouses, food courts and department stores. At the same time, many stores offer both assembly and online distribution services. For this reason, the stores occupy a very large area and without the need for an extra warehouse being placed.

As you can imagine, it is not easy to find such a large area in city centers today. Moreover, opening a store in the city center, greater cost means. But that’s not the only reason IKEA stores are far from the city centre.

Actually, we don’t want to waste any more time. 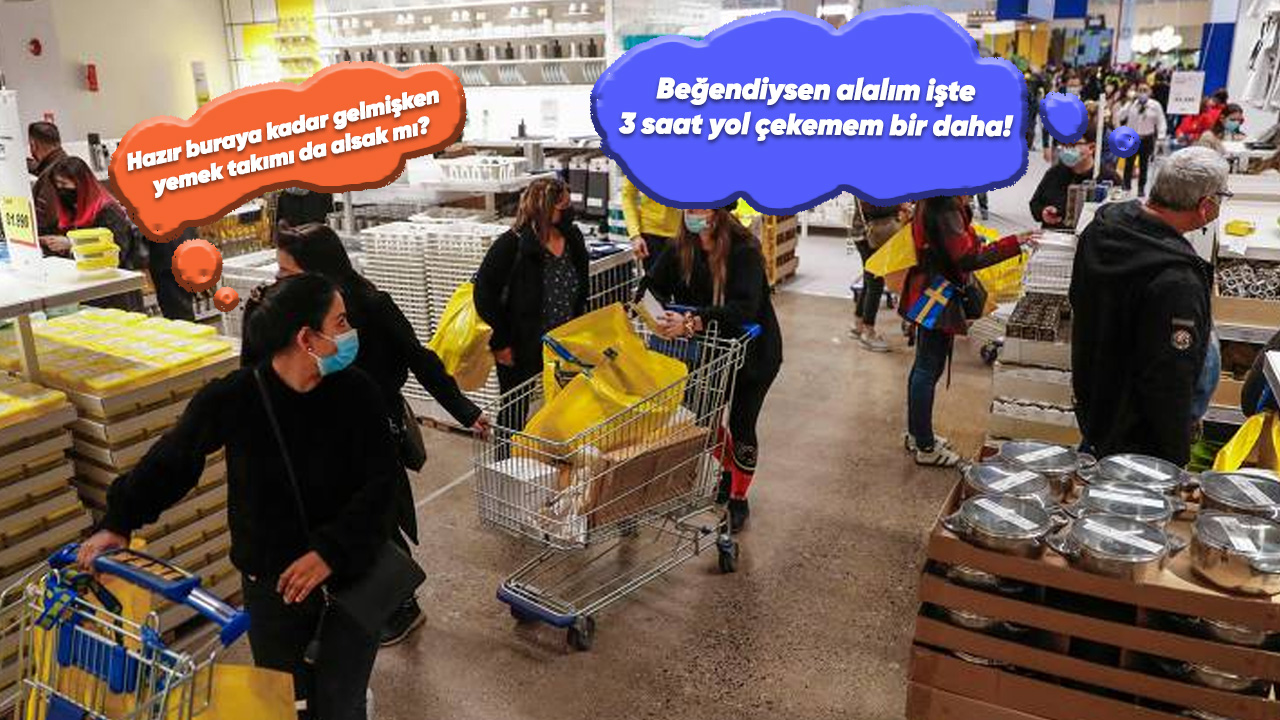 Let’s say you decide to buy an armchair, cot or a dining table. Most of the people are more selective when buying this type of furniture. They want to look at different brands, different models. What if one of the first stores you visit was IKEA and you liked a model you saw and you traveled for about an hour to come to the store? Going to different stores and returning to IKEA after you don’t like something will waste you 2 more hours. It is precisely this thought that encourage them to buy the product they like there at that moment. is doing.

As a matter of fact, if you had entered an IKEA store under your house, you are more likely to wonder about models from different brands and leave without buying them. Because many people do not visit IKEA stores every day due to their distance. In this case, new products also arouse curiosity. In other words, stores are positioned more comfortably in areas far from the city center, as well as some kind of marketing tactic used as.

Of course, not all IKEA stores are far from the city center. 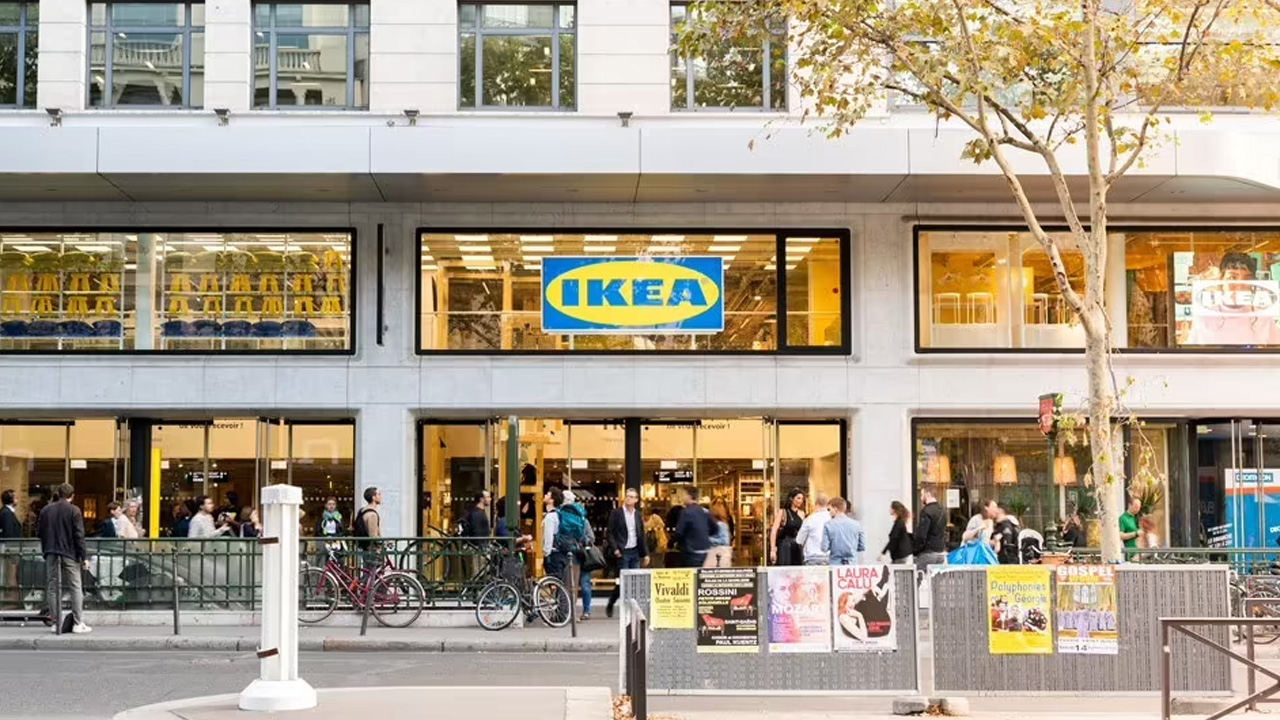 In 2019, IKEA abandoned this stance and opened small stores in city centers in Paris and Moscow. These new stores, which are different from the IKEA’s we are used to, received great acclaim despite their low size and therefore the number of products they bought. In a short time millions of people visit these stores he did.

Jesper Brodin, CEO of IKEA, made a statement about the new stores. “We try everything we can imagine” gave his words. And it seemed that; These small stores opened in the city center were successful. On the other hand, the fact that warehouse stores larger than those in the city center are far away from time to time advantage for the company even converted.

They turned the time you went to the store into money. 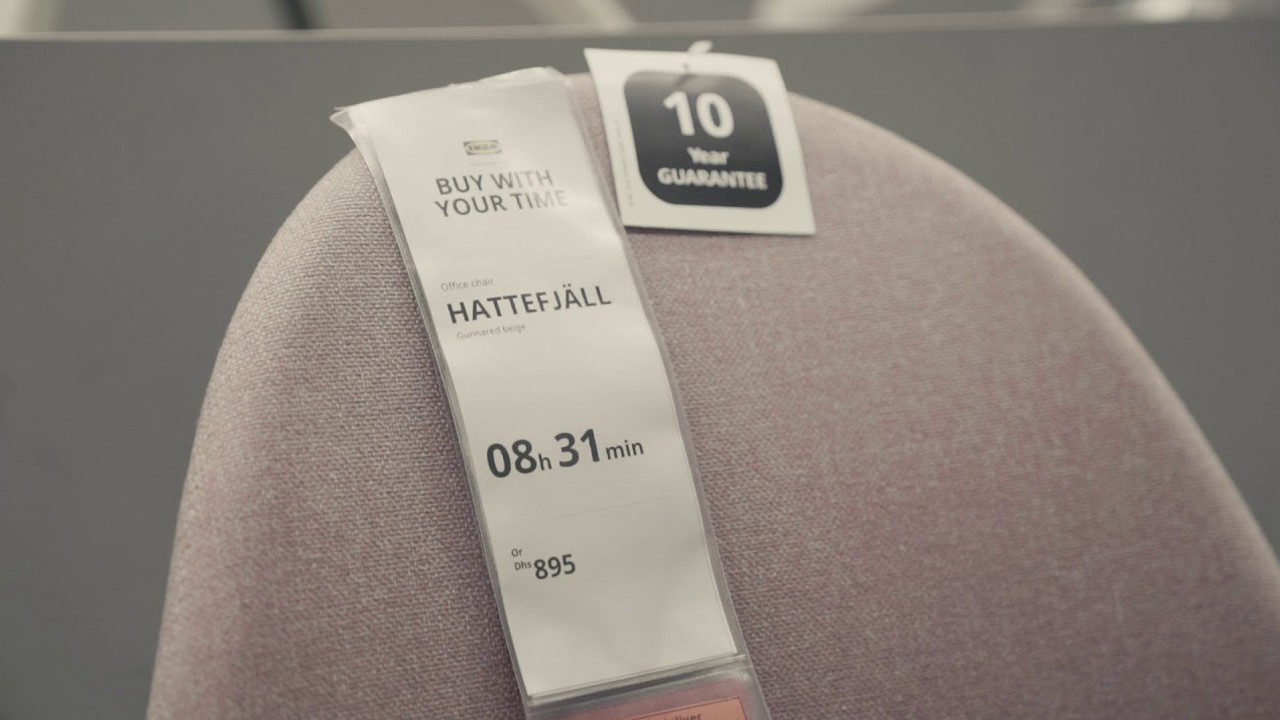 With the opening of the new store in Dubai Jebel Ali, IKEA announced an interesting campaign in 2019. “Buy With Your Time” According to the campaign named; people to reach the IKEA store He was able to pay for his purchases for the time they spent on the road. This amount was AED 105 per hour. So at the current exchange rate for 523 TL was corresponding.

Of course, for this, people were asked to turn on the ‘Timeline’ feature in Google Maps before starting the journey. Thanks to the campaign, people turned their ‘time’ spent in traffic into new items. For example, a person who traveled 5 minutes to reach the store could pay for the hot dog he bought for the time he spent on the road. your travel time 1 hour 55 minutes if bookcase with 6 shelves meant you could have it for free.

A similar mobile advertising campaign was later implemented in Indonesia. It is very difficult to make long journeys in Indonesia, where the traffic is almost a flood of cars and engines. IKEA also aims to encourage people to come to the store. a mobile ad campaign applied. Ads appeared on the phones of people traveling at certain points in the city at certain times.

Along with interesting products from IKEA in advertisements how long will it take to get to the store was displayed and users were directed directly to Google Maps. Thanks to this successful advertising campaign of IKEA, the store visit target 131% rate exceeded.

IKEA’s Psychological Tactic: Why Do We Get So Attached To The Items We Assemble With Our Own Hands?

To summarize; IKEA succeeds in turning the location of its stores away from the city into an advantage. As we have seen in the examples of Indonesia and Dubai, the campaigns continue to be implemented in many countries and regions. Because although many of us do not benefit from similar campaigns, we visit IKEA stores even if we have to take long trips and we usually do not return empty-handed. If you want more content like this, don’t forget to mention it in the comments section…

How Has IKEA Become a World Brand Selling Furniture Like Lego?