Although mythological figures are not very common in our country, they have a considerable place in world history. This history, which is home to many mythological beings, including gods and goddesses, is very rooted and the story of these figures survives to the present day. In this article, we will talk about Apollo, known as the god of light, his features and his love story.

Since Greek mythology is quite extensive, it hosts many mythological beings. As such, it is not possible to know the legend or story of every character in mythology. But Apollo is a bit more of an exception here. Itself because he is one of the great gods its reputation is very high. Alright, who is Apollo? Let’s examine his story together.

Who is Apollo, what god is he?

Apollo is the twin brother of Artemis, son of Zeus and Leto. His birthplace is the island of Delos. His wife is Kassandra, one of the heroes of Greek mythology. Their children are Asklepios, Aristaios, Linos and Mopsos. Apollon, who is at the forefront with his music, is the head of the group consisting of 9 muses, also known as the Muses Choir. Apollo, whose origin is Greek mythology, passed into Roman mythology with the name Apollo. Being of Anatolian origin is one of the interesting information known about Apollo.

Apollo, one of the 12 great gods of Olympus, is one of the gods known for more than one feature. Apollo is known as the god of art, sun and light. At the same time, Apollo, who has the feature of a prophet, can also transfer this feature to people. In many productions in which Apollo’s name is mentioned or he is used as a metaphor. It is possible to see Apollo with its different features.. For example; you can see it in one place with the theme of music, while in another place you can see it integrated with light. But these are all correct similes that reflect Apollo in general.

Although Apollo appears as an amusing figure in many places where it is reflected, it also comes to the fore with its arrogance. Apollo, who is often proud of his features and achievements, can sometimes annoy other gods. Although he is a very important god, he can stay in the spotlight in Olympos with such features.

The place, importance and characteristics of Apollo in Greek mythology: 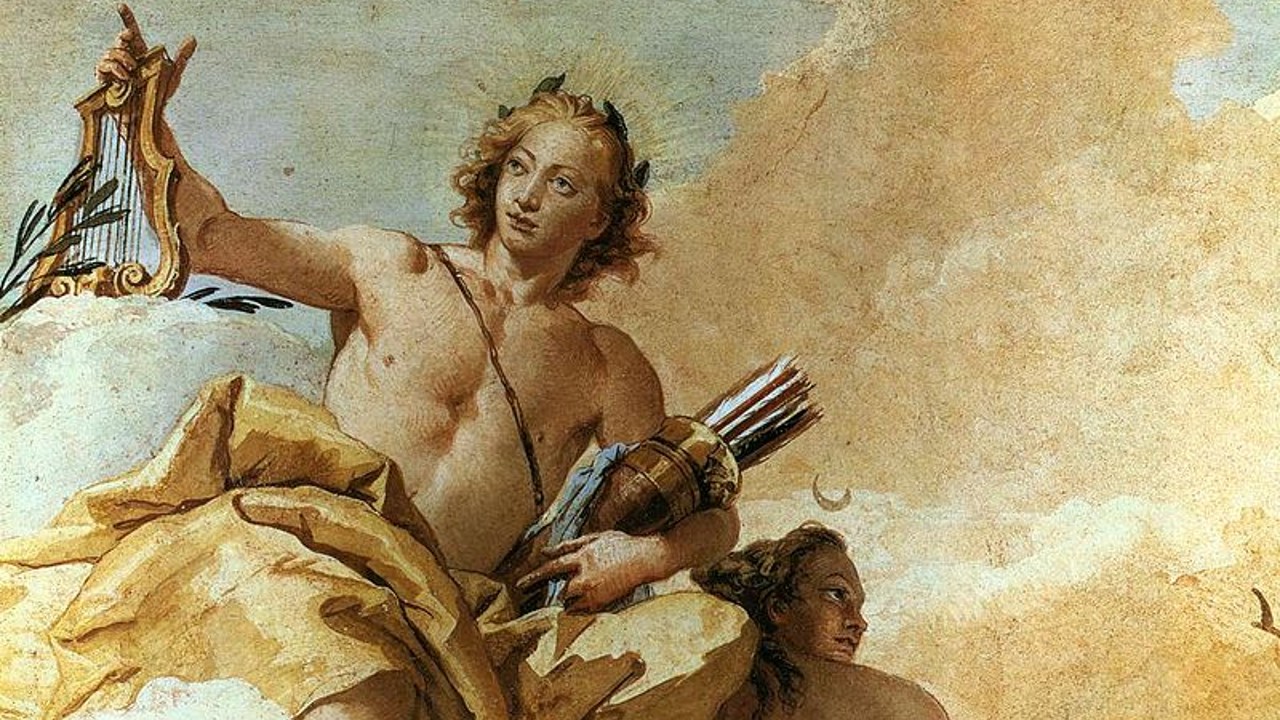 Apollo is of great importance among the 12 Olympian gods. One of the reasons for having such a great title is that Apollon was able to heal the sick and was one of the first to teach people the art of healing. Even though Apollo is a god identified with light in many places, as we have mentioned, he was not known as the god of light or the sun when he first appeared. The god known for this feature was actually Helios. The identification of Apollo and his brother Artemis with the sun and the moon was a situation that took place in later times, and this understanding became stronger especially in the Roman period.

of Apollo Entertaining the Olympians with his golden lyre plays a major role in his reputation as the god of music.. It is one of the legends mentioned that in the time of Olympus, the sounds of Apollo’s lyre were almost magical and everyone who listens could not focus their attention until the end of the song. With such features, it should not be surprising that he became synonymous with music.

Although the way Apollo is depicted in mythology is one of its important features, it is also one of the reasons for the troubles that come to him. In mythology, Apollo is described as a blond, beardless, medium-sized and handsome man. Although this situation is quite effective in increasing the popularity of Apollon, negative situations such as jealousy it brings with it.

2 mythological beings with the same title: Apollo and Helios 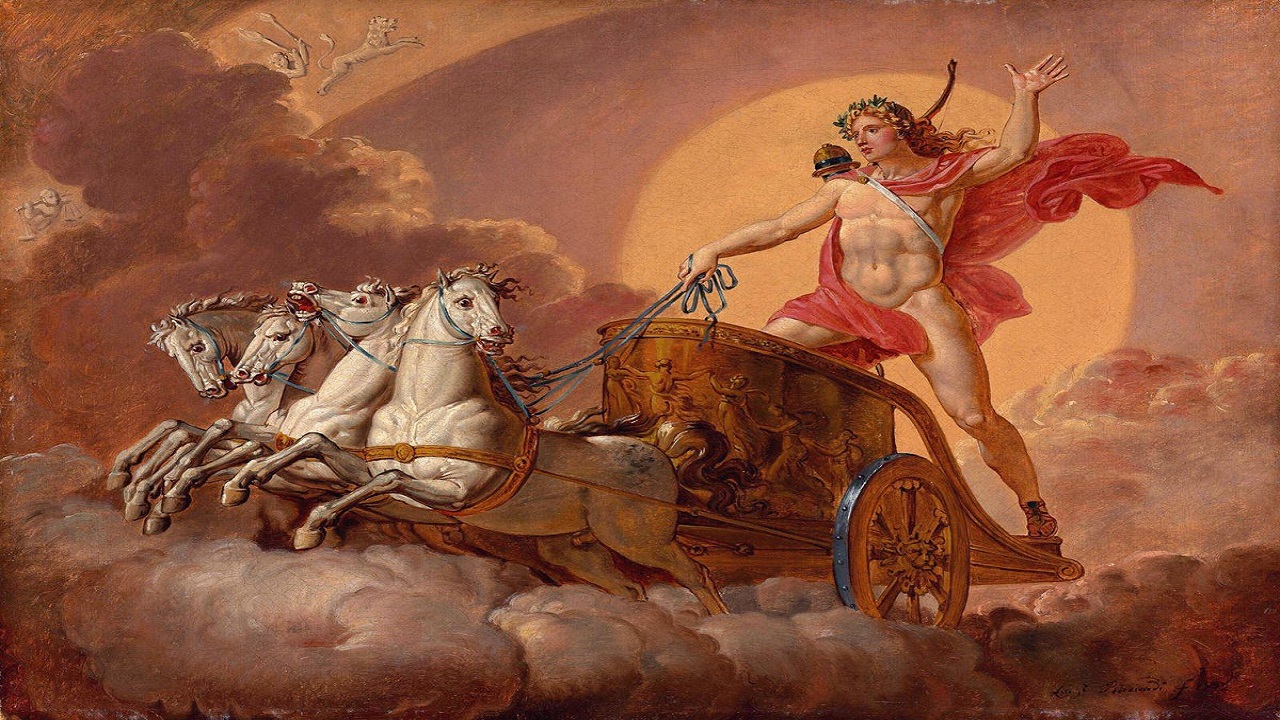 There are several reasons why Apollo is known as the god of the sun and light instead of Helios in today’s legends. First of all, since such myths are not precise, it is quite natural that there is confusion in some parts of history. Helios was a titan, unlike Apollo, who was only a god. But he is not prominently featured in the myths instead of the very popular Apollo. The most distinctive feature that made Apollo known as the god of the sun and light, emerged around the 5th century. It was due to the adjective ‘Phoebus’. Phoebus meant light or shining, which naturally made Apollo characterized by light and the sun.

The tragic love story of Apollo and Daphne: 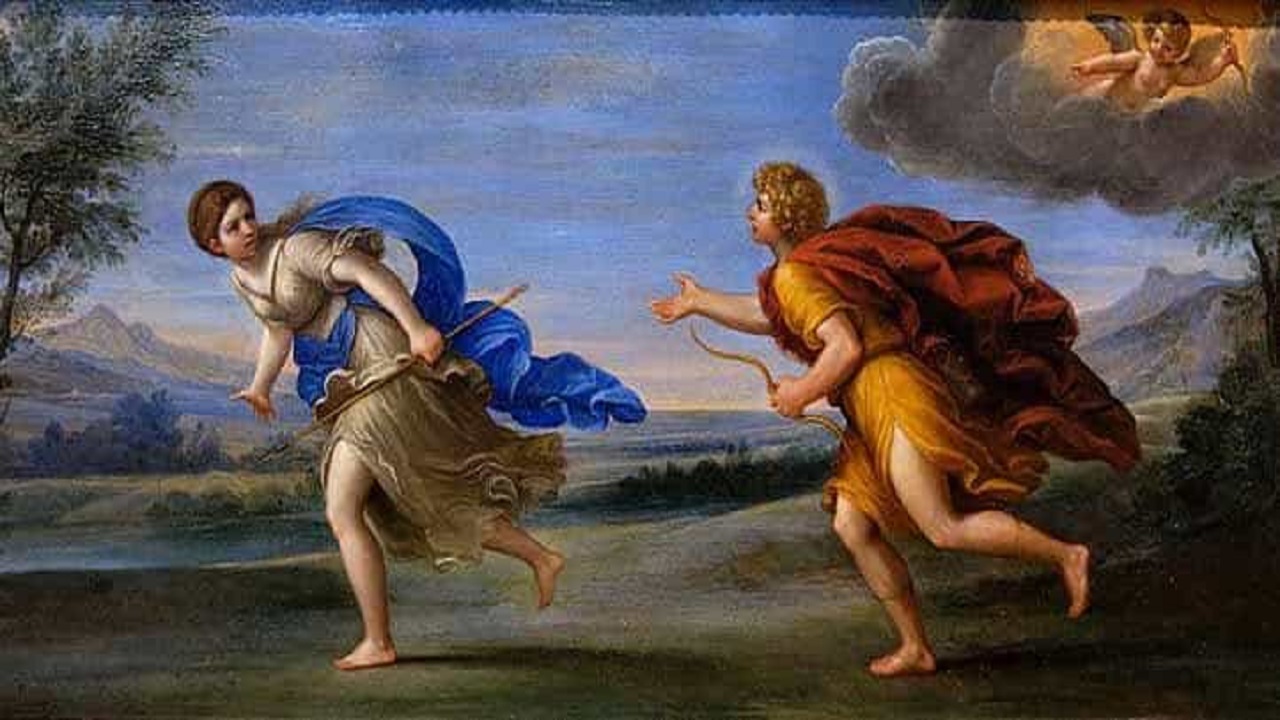 There is a very tragic legend behind the sacred tree of Apollo being known as the ‘Bay tree’. It is said that Apollo killed Python, who is called a terrible creature in legends, with the return of his archery skills. However, Apollo is very proud of his archery skills and this success, and this annoys Cupid, the god of love. Cupid wants to punish Apollo and this situation forms the beginning of the tragic legend.

The beauty of Daphne, the daughter of a river nymph, was undeniably captivating. But Daphne herself was not at all interested in marriage. She was so fond of her freedom that she spent most of her time hunting or wandering in the woods. Daphne stumbles upon Apollo one of her usual wandering days and Cupid, who waits for the opportunity for the two to coincide, decides to make a move.. Cupid’s arrows have two known properties. One of them is the arrow that represents love and makes the person whose body is pierced in love, and the other is the arrow that makes the person whose body pierced fills with a high amount of grudge and hatred towards the other person.

Cupid throws the arrow representing love at Apollo and throws his grudge-filled arrow at Daphne. As a result of these events, Daphne becomes Apollo’s first love. While Apollo is deeply in love with Daphne, when Daphne sees Apollo, she is disgusted with him and starts to run away because she can’t stand him. Apollo runs after Daphne to shout his love. Daphne and Apollo get into a big chase. Daphne tries to run as fast as she can to get rid of Apollo. On the other hand, Apollo chases Daphne with shouts of love. Daphne arrives at a river and realizes that she can’t run anymore because she’s tired. At this moment, she seeks help from her father, who is the god of the river. Hearing his daughter’s wishes for help, Pineios takes root where Daphne is and turns it into a tree. With the shock of what you saw Apollo, who fell into a great depressionEven though he can’t reunite with Daphne, he looks at the laurel tree he has turned into and visits it constantly.

During the past week, the most sought-after altcoins in Turkey were STEPN Green Satoshi Token. CoineckoAccording to the data regularly...