Forest fires started to show themselves in different provinces. Some of these have been extinguished, some have been brought under control, and some are still in progress. Today, a forest fire started in Marmaris and it is increasing its severity as of now. So, are the relevant institutions ready for the fast-starting fire season? Any lessons learned from last year’s tragedy? The evidence and some explanations are troubling!

“We will respond to the fires with 4 planes,” which was on the agenda yesterday. Despite the announcement, no one has seen or heard of these planes in Marmaris. This also comes to mind “Will the tragedy of last year be repeated because of the lack of planes?” brought the question and caused reactions on social media.

For an unknown reason, around 8:00 pm. fire in Marmaris, suddenly grew due to the strong wind. The teams responded to the flames with 2 firefighting helicopters in the first place, but due to the darkening of the air. air support was interrupted. That’s why that question from last year came up again: Where are the planes?

These firefighting planes, which were kept idle in the fires last summer, were talked about a lot.

Satellite Images of Our Fire Fighting Aircraft, which were excluded from the tender

Last year, 747 forest fires were seen in 54 provinces of our country and they lasted for 15 days. In addition to the climate crisis, approximately 140 thousand hectares of our forests were damaged due to numerous negligence. Alright Will we have a déjà vu this summer?

Fires were expected to break out this summer for various reasons, but it seems that we may still feel the lack of firefighting aircraft. because transmitted like gospel Despite some explanations, no one has seen the plane yet.

The Turkish Aeronautical Association announced that forest fires could be intervened with 4 THK CL-215 aircraft and 50 helicopters, but when we examine this statement, which sounds like good news, we face the dark side of the Moon. 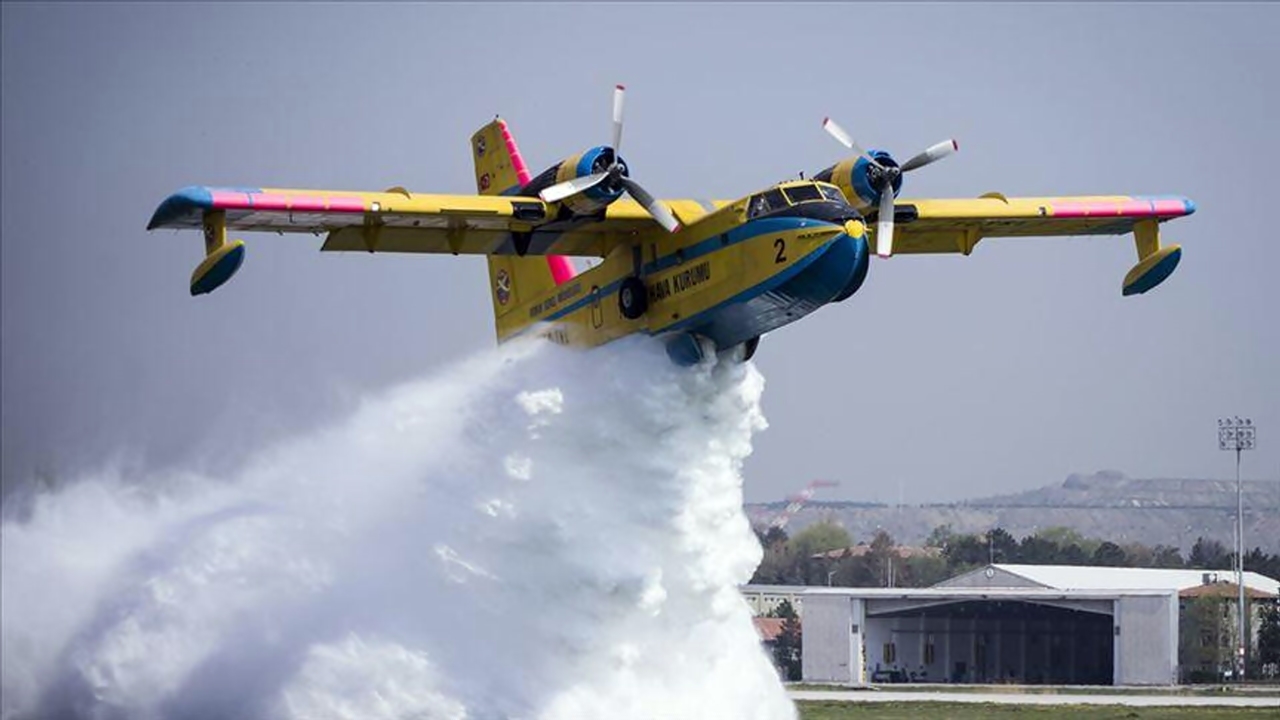 The Turkish Aeronautical Association currently has 9 aircraft, but only 3 of them have been maintained. 1 aircraft is in its final stages of maintenance, while 2 aircraft will be ready next year. 4 aircraft maintained It seems that it cannot be grown until June, It is stated that it will be deployed to fire zones in July.

These aircraft are piston-engined and do not have a fan or turbo frop engine. Capable of only daytime viafar flights, previous generation aircraft that could not make night flights. Since these are construction machines, unfortunately, they may be blown up to the extent that spare parts are available.

According to Abdullah Kaya, Chairman of the Board of Trustees of THK, since these planes are old and few in number, they can be flown a little more with the possibilities of the manufacturer and a small number of TAI in the world, but at the end of this process, these planes should be modernized or replaced with new ones. New planes need to be bought.

Amphibious planes with turbo fans and engines that can also fly at night are not available this summer either! 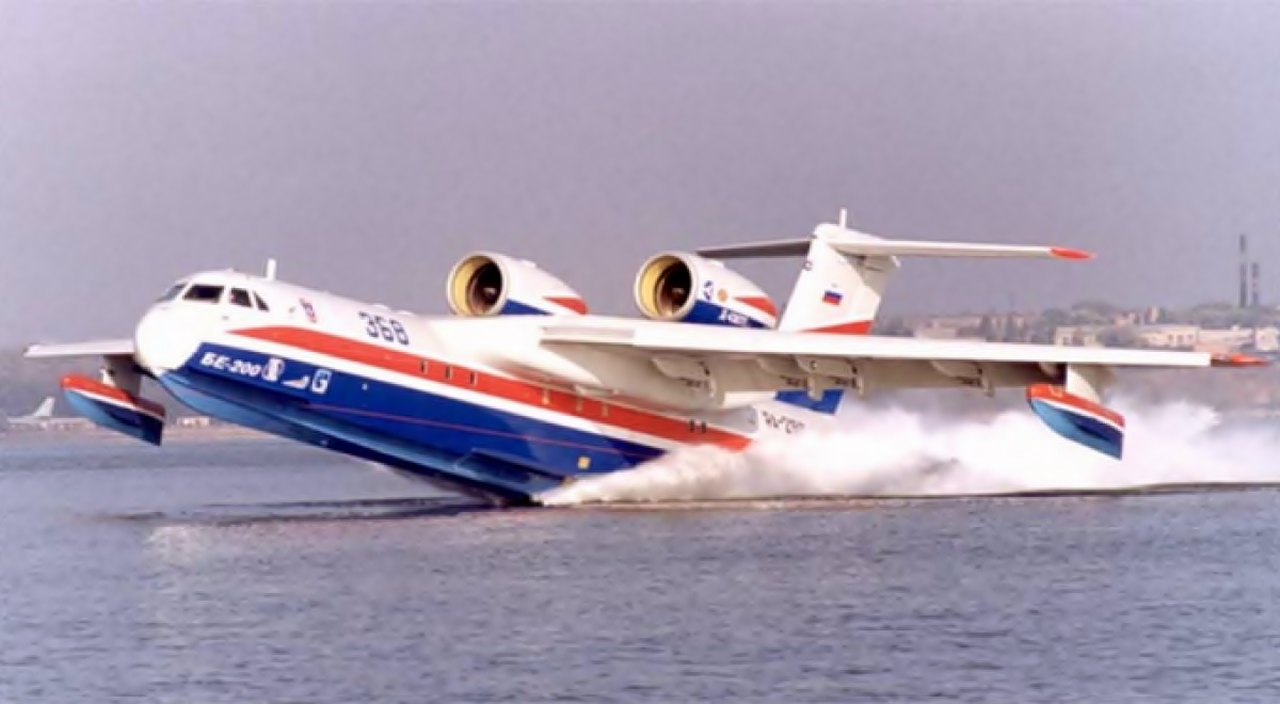 According to the statement of THK, there is no other fire extinguishing aircraft other than these old aircraft in the possession of the institution. Amphibious aircraft are very effective at extinguishing fires, as they can take large volumes of water from water sources. The fire in Marmaris cannot be intervened from the air “because it is night”. Whereas If it had been taken from amphibious planes, the fire might have been extinguished long ago.

According to the statement made a month ago by the General Manager of Forestry Bekir Karacabey, it is in the inventory to fight fires. 20 planes exists.

How Many Airplanes and Helicopters Turkey Will Fight Against Forest Fires This Year Has Been Announced: Are We Prepared for Possible Fires?

Karacabey said, “Especially in terms of aircraft, we will have operated and used more aircraft this year compared to last year. We will work with 20 aircraft and 55 helicopters. Last year, the number of helicopters was 39, this year we increased it to 55. I hope these aircraft from 1 May He will be in charge of his duties gradually,” he said.

However, these planes were not in the middle of the Marmaris fire. 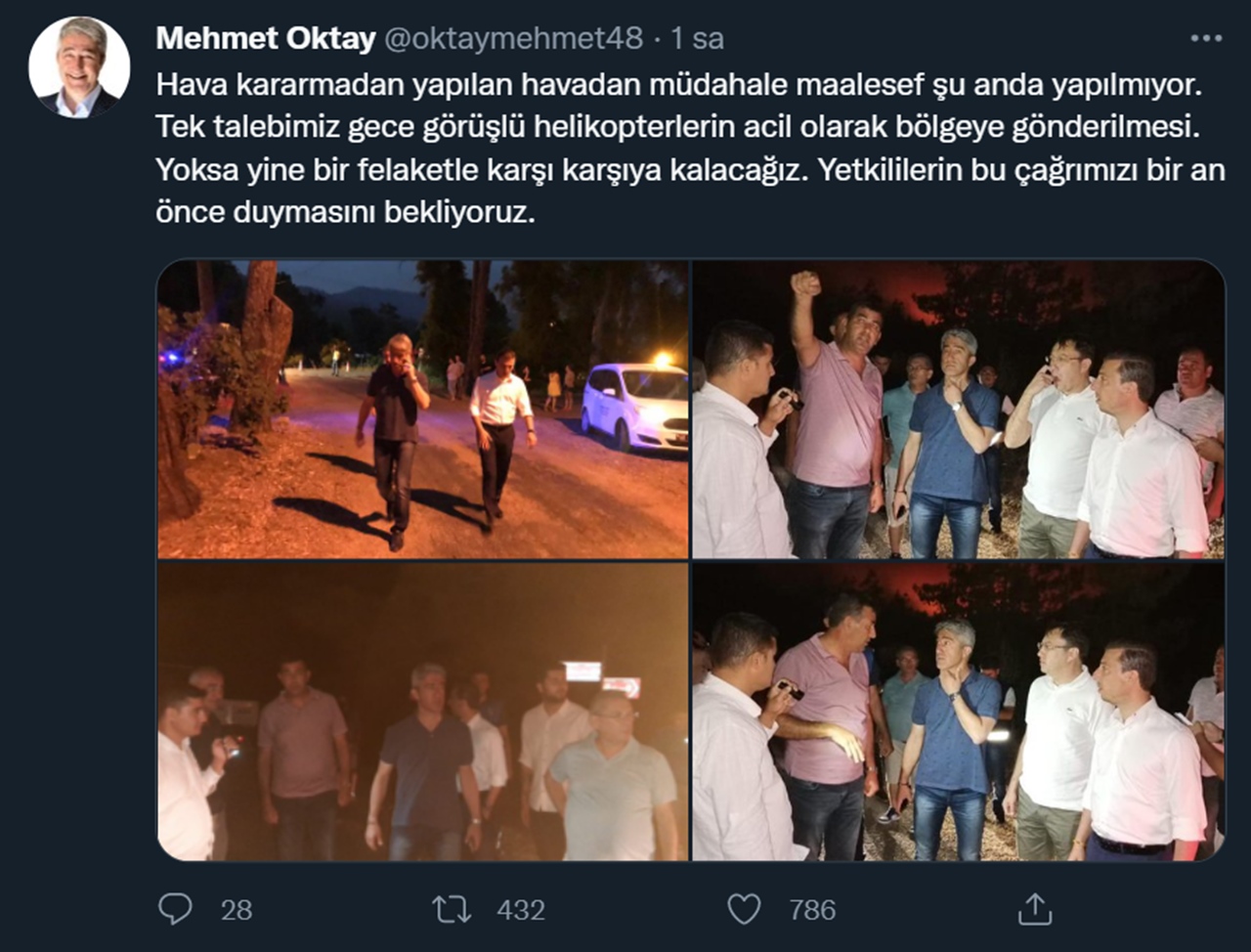 Moreover, although it is said that there are 55 helicopters There isn’t a single helicopter with night vision. Marmaris Mayor Mehmet Oktay also demands that night vision helicopters be sent to the region urgently, but again, as last year, it is seen that there is insufficient intervention.

It was said that at the request of the General Directorate of Forestry, the procurement process was initiated for 5 amphibious aircraft to be used in firefighting works. 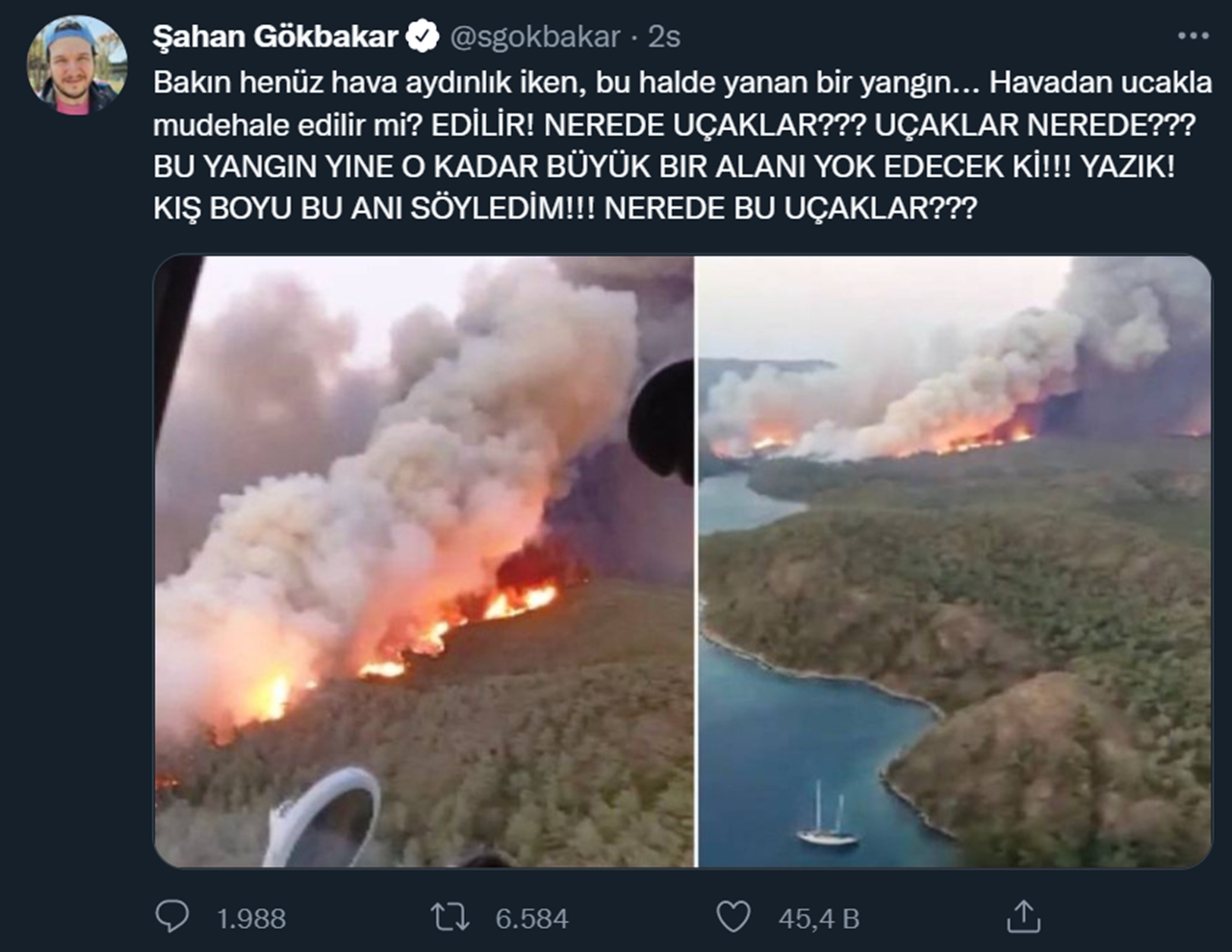 This is good news, but bad news is that private-use aircraft are costly aircraft, making it difficult to find manufactured and ready-to-deliver aircraft. Considering the production and assembly activities The delivery date of the first aircraft is at least 2 years.

For this reason, it has been said that aircraft leasing projects for more flexible and long-term leasing have been started in order to make high-cost air power operations cost effective and efficient until the firefighting aircraft is procured, but even if the steps in this regard have been successful, the following questions arise: Why aren’t these planes used in current fires? If it’s possible to rent, buy, why weren’t these planes procured before the tragedy last summer?

As of June 22; Some of the fires that have been extinguished, taken under control and still going on look like this on the map: 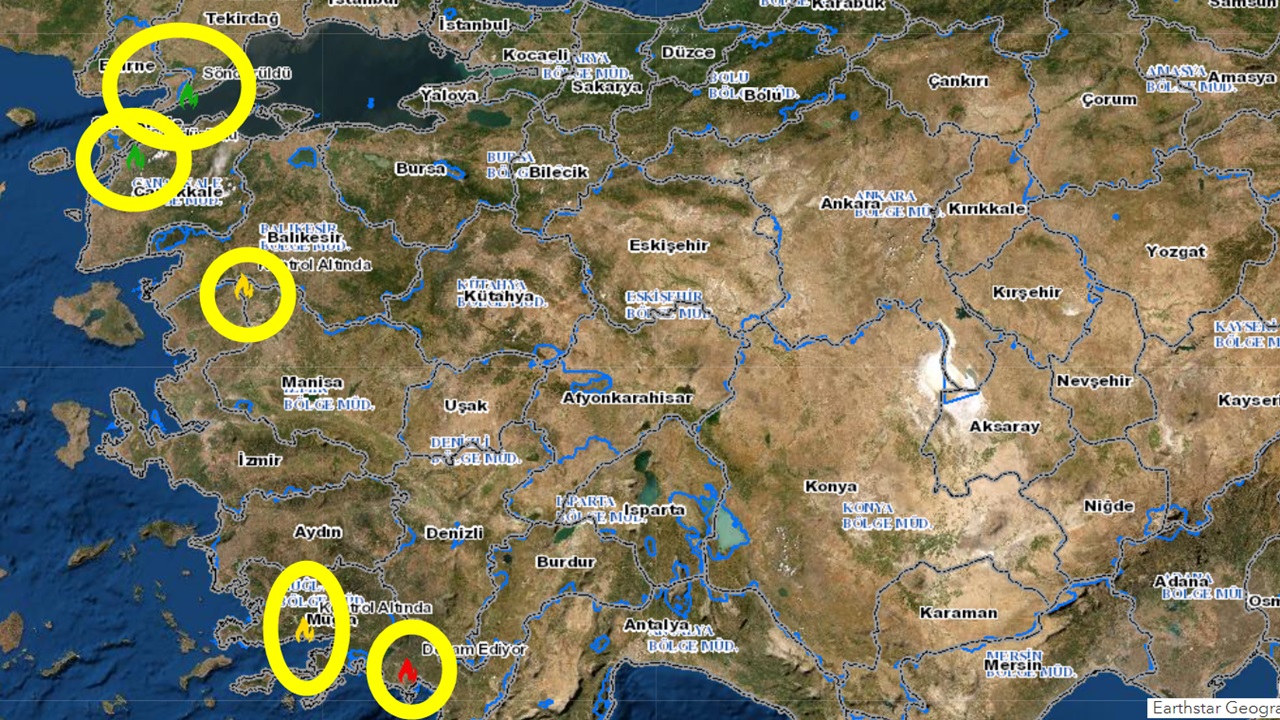 Let’s hope we don’t have a déjà vu this summer and the crisis of incomplete response doesn’t happen again. However, the beginning is not very good. this summer too mill rotation efforts with transport water it could be.

When you see a forest fire, still call the Forest Fire Hotline ALO 177. 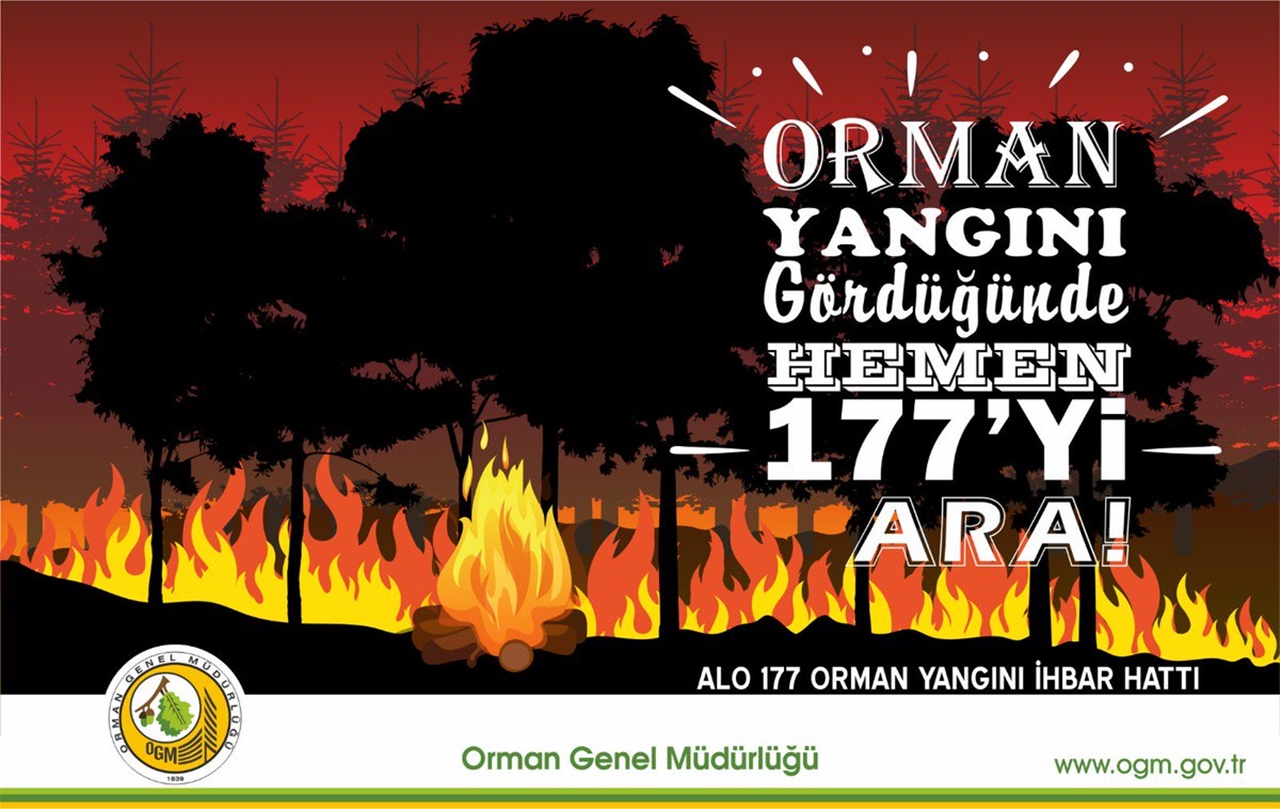