What kind of decisions would Elon Musk make if he had taken over other companies, especially after he bought Twitter? Let’s take a look at this fun alternative history together.

Tesla, SpaceX, Boring Company, Neuralink I mean finally your Twitter Elon Musk, who also owns it, is frequently on the agenda with his interesting decisions. Musk, who is especially demanding from his employees, also tries to keep the wages he allocated to the workforce below a certain level and does not hesitate to fire anyone.

The method he chose to make his brands popular and to announce his work is as much as possible. sensational doing things. Although he is criticized from time to time for this reason or causes disruptions in his plans, the world-famous entrepreneur does not seem to give up on this habit.

Today, at the head of different companies Elon Musk What would have happened if it had happened, we look at it:

If he had taken over Togg, we would have seen a Togg in space.

First of all, if Elon Musk had taken over Togg, he would have used one of the vehicles with a SpaceX rocket. sent into space would be. Instead of a Tesla Roadster floating in space, we could see a Togg.

If he had taken over TikTok, he would have unplugged the platform. 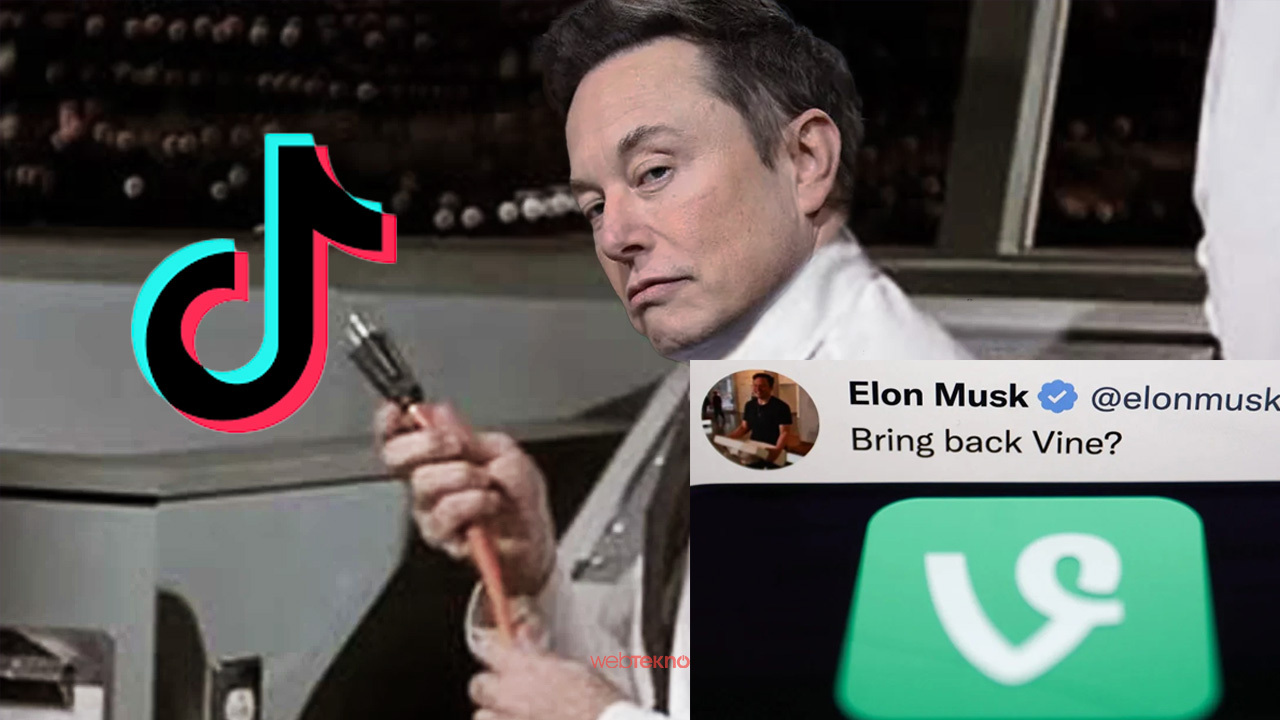 If we look at what Elon Musk has done in the past, if he buys TikTok and takes over the platform in a possible crisis, would delete. After paying that much money, if he deleted the platform, he would set up his own Vine knocking platform.

Elon Musk Launches Poll For “TikTok’s Ancestor” Vine: Will It Come Back?

The day was dawning for crappy designs: Paşabahçe 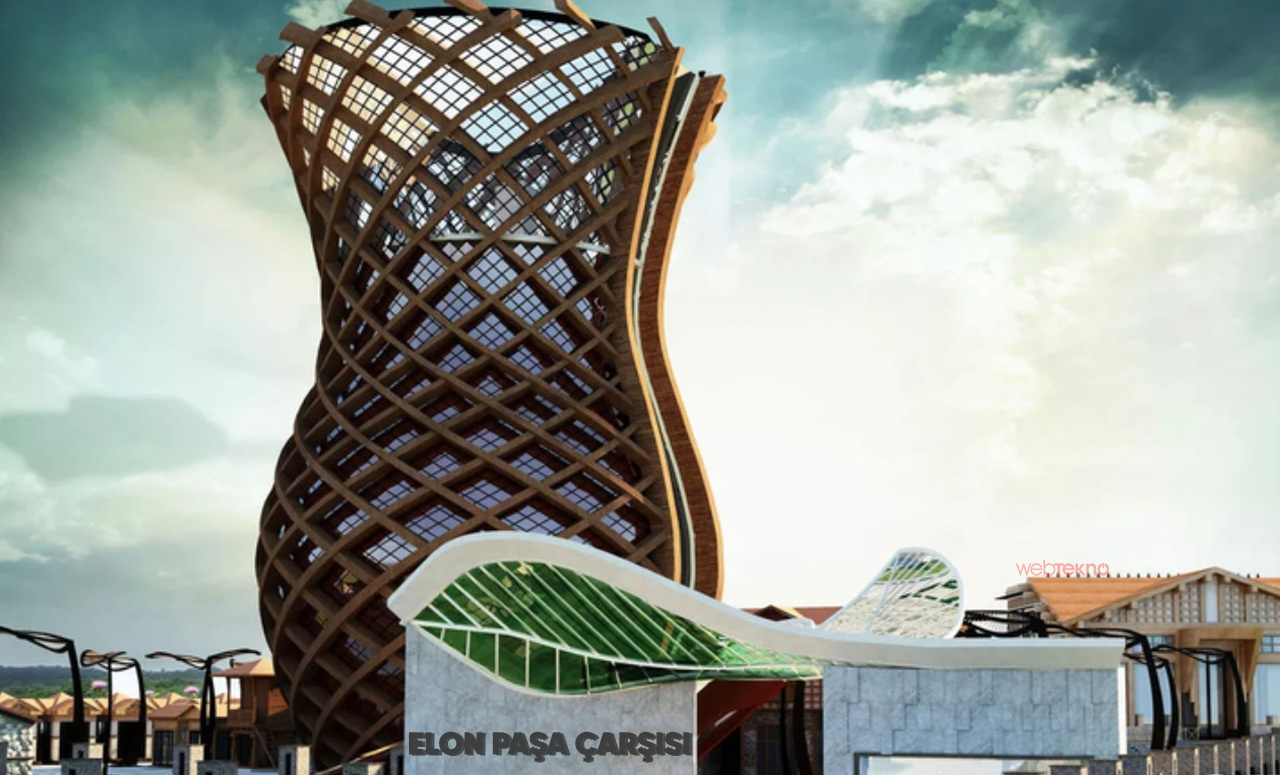 For one thing, we know from tools like Cybertruck that Elon Musk has a habit of approving blunt designs with flat surfaces like unpeeled potatoes. When I said it was minimalism, it was cubism from strange strange bowls We tried to drink soup. These bowls had digital screens on them and gave information such as how many degrees the food was inside.

Ah, wait a minute! We’re going to say it would make a huge and futuristic teacup, but it’s we already had it ready made, right?

Had he bought Spotify, the singer would have closed his ex’s accounts. 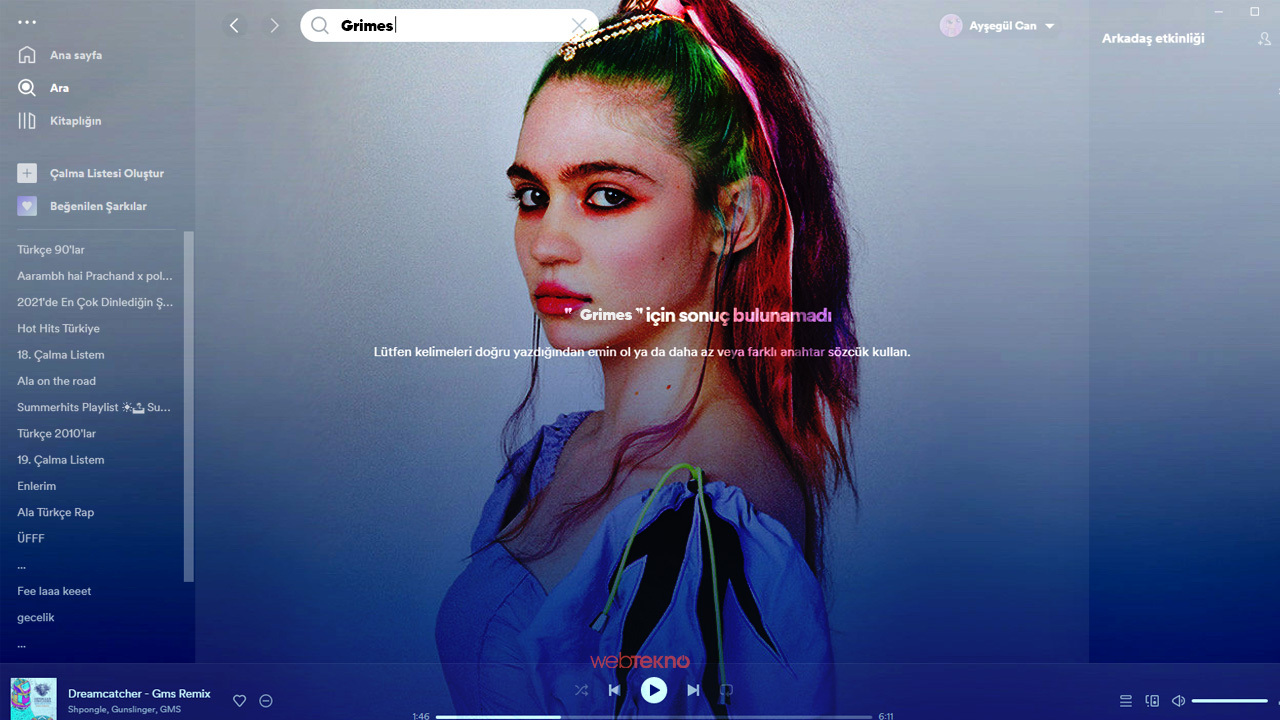 Popular music platform per Spotify If Elon Musk passed, artists would have blue ticks on their profiles and they would buy it for $8. The most important change would be in the algorithms. The artists Elon loved were always recommended. Elon used to send messages with funny-named Spotify charts. The singer would close the accounts of his ex-girlfriends.

He used to play for the media empire with Disney while also appearing in Iron Man 2. 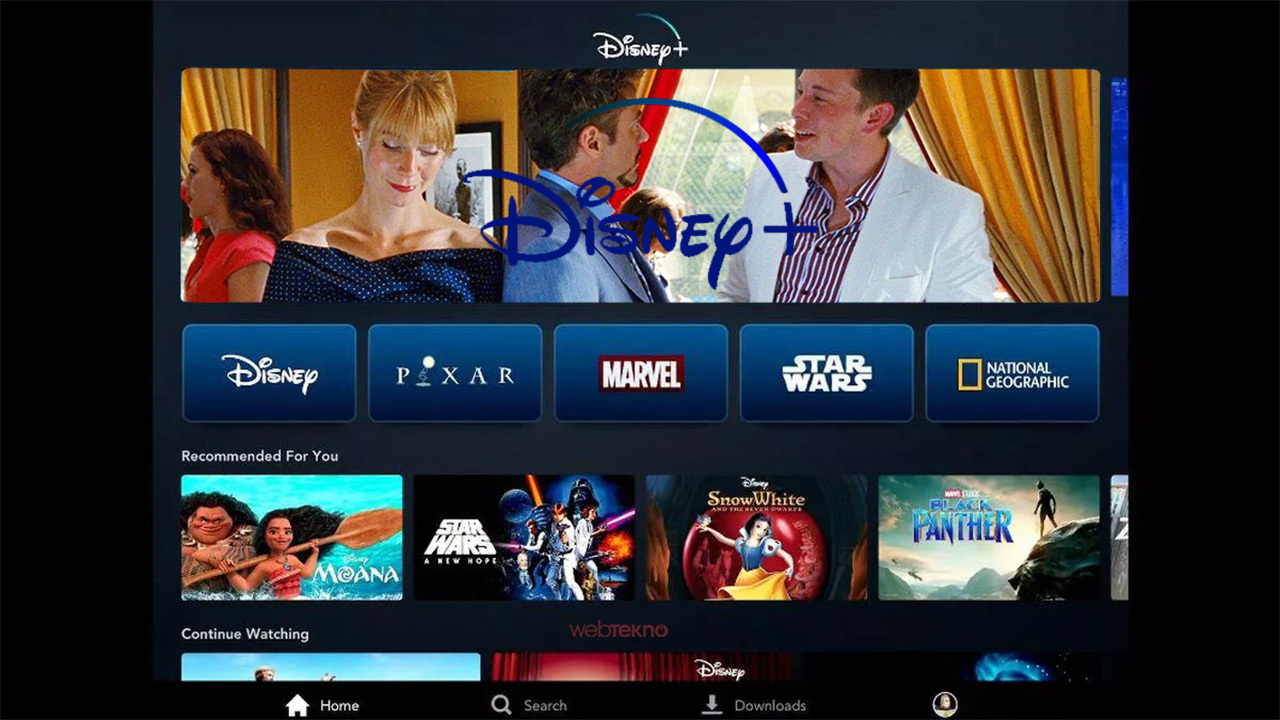 If Elon Musk, whom we saw in a small scene in Iron Man 2 before, bought Disney, we could see him as an important figure in the MCU, a Jedi in Star Wars, a joke in Family Guy. Elon cameo in every movie since Stan Lee brought it to us. A monthly subscription to Disney+ was $8.

If Coca-Cola could realize its plans, it would have a photo printed on its packaging. 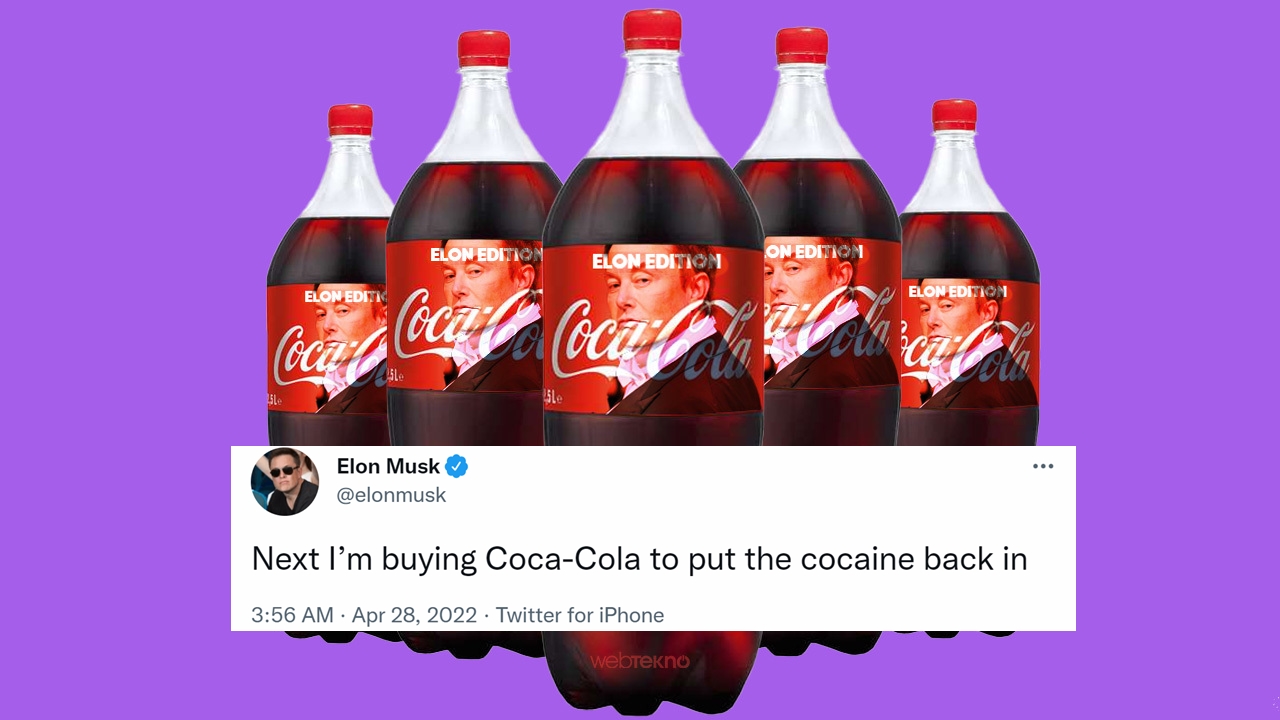 Before Musk “that you can buy it to put cocaine back in” said Coca-Cola could also be another alternative investment for the billionaire.

If he had taken over the A101; he used to sell Tesla and get paid with Dogecoin. 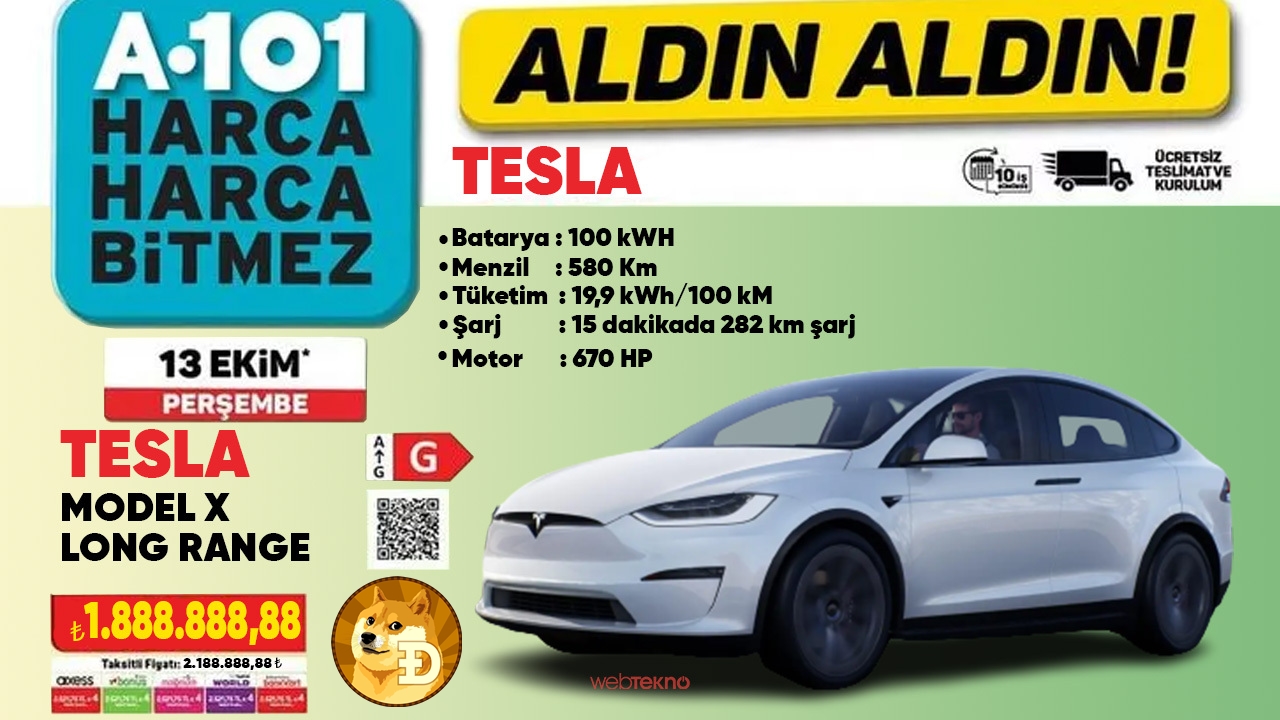 We could see various Tesla cars in the current product catalog if Musk took the helm of the A101, which has recently started selling different products such as boats and caravans. Also as a payment method cryptocurrenciesespecially dogecoin he used. You can also start a membership system in the taste of A101 Prime, free delivery for $ 8 per month, incoming products. without aunts It offered privileges such as taking reservations.

8 Absurd Products That Can Be Sold In Markets Like BİM, A101

If he had bought Netflix, which he couldn’t find anything to watch, he wouldn’t have made politically correct content. 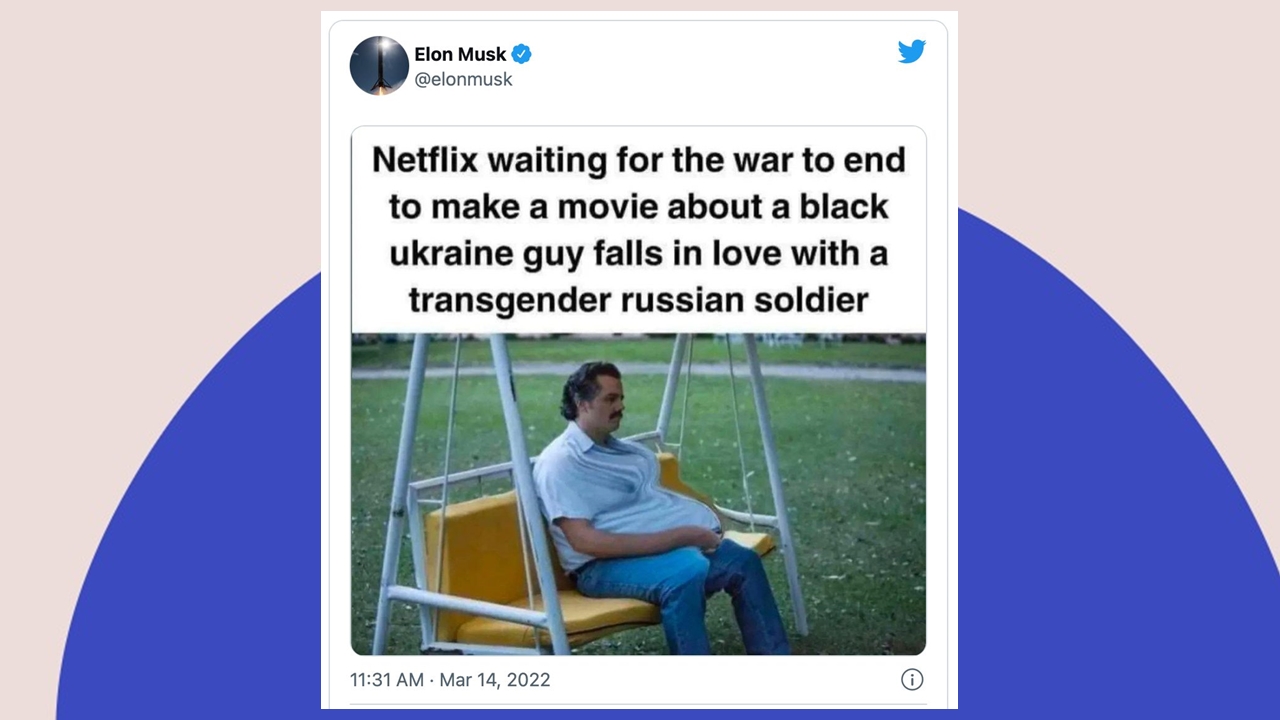 Elon hangs out on Netflix from time to time. Even “Netflix while we wait for the war to end to make a movie about a black Ukrainian man falling in love with a transgender Russian soldier.” He even shared a meme that said.

Netflix Criticism With Emotions From Elon Musk: So It Turns To Something ‘Unwatchable’…

Moreover Instead of deleting Amber Heard movies He used to draw a beard and mustache on him – as we do with puzzles – and have fun. He would also add subtitles in his head. 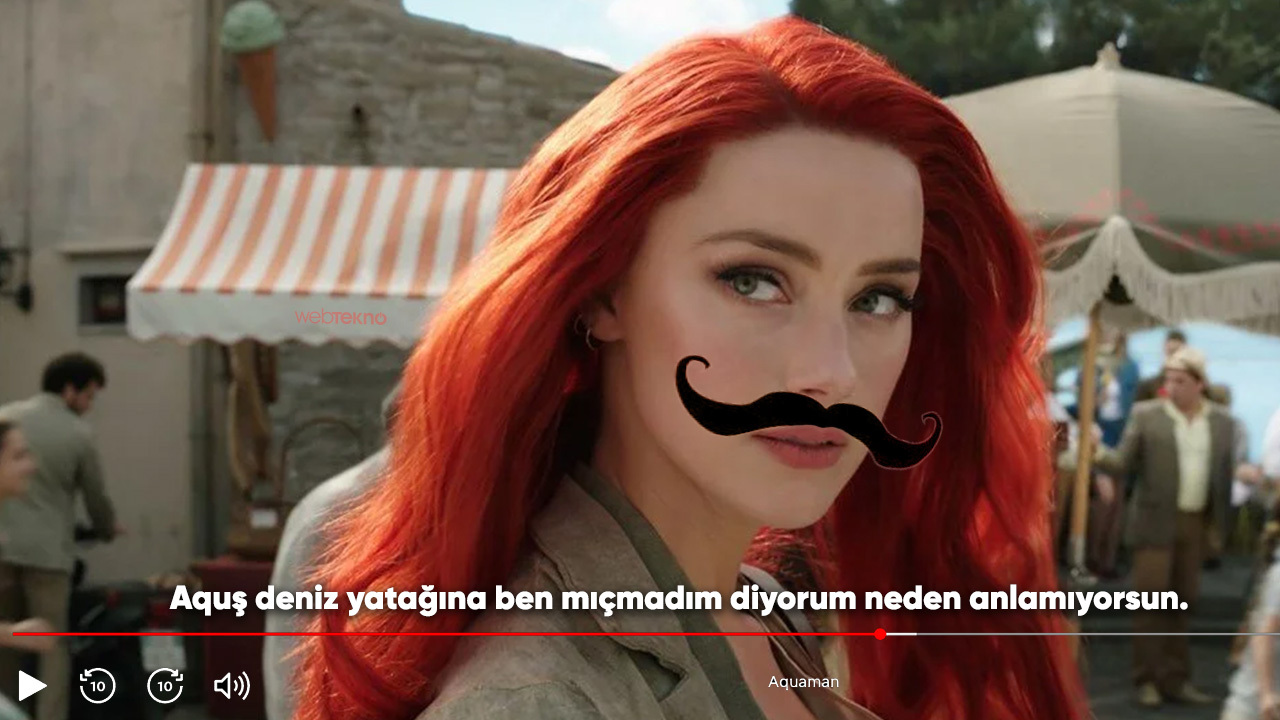 If he had bought Türk Telekom, he would have made a crescent-star figure from Starlink satellites. 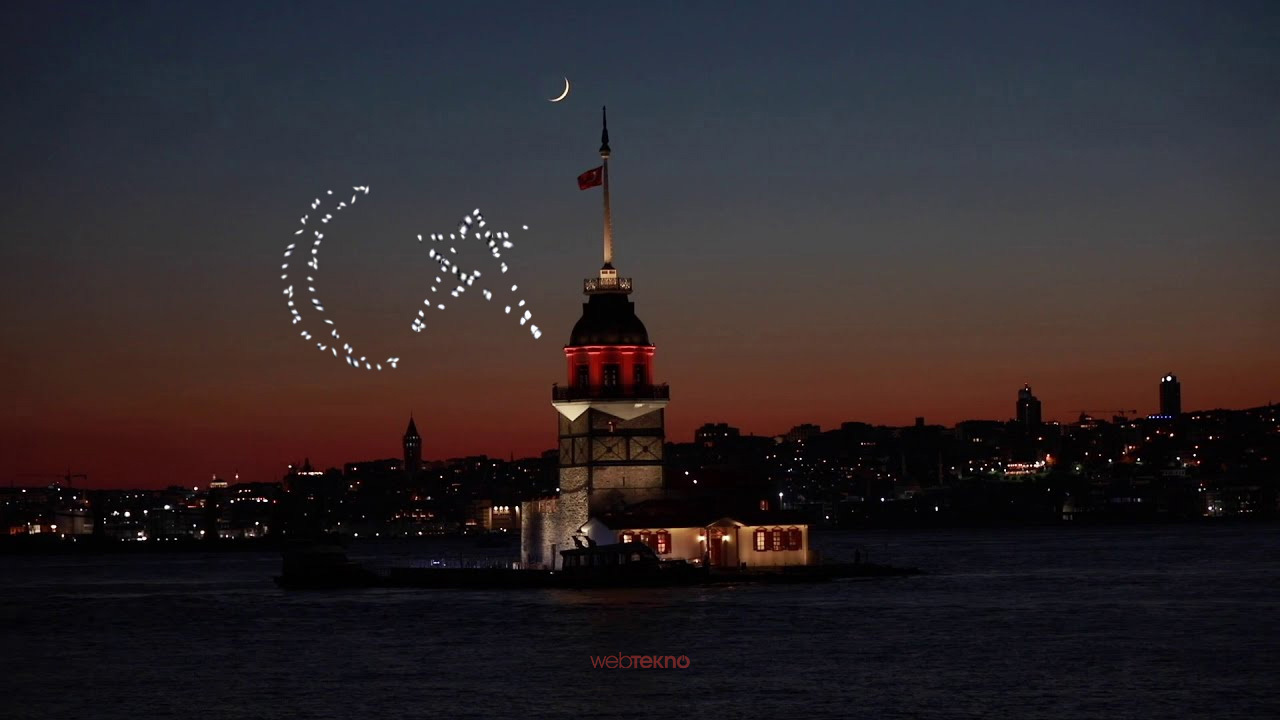 Name of Starlink satellites HilaLink Elon Musk, who was able to change it to . (Yes, it’s against physics, but we’re talking about Elon.) 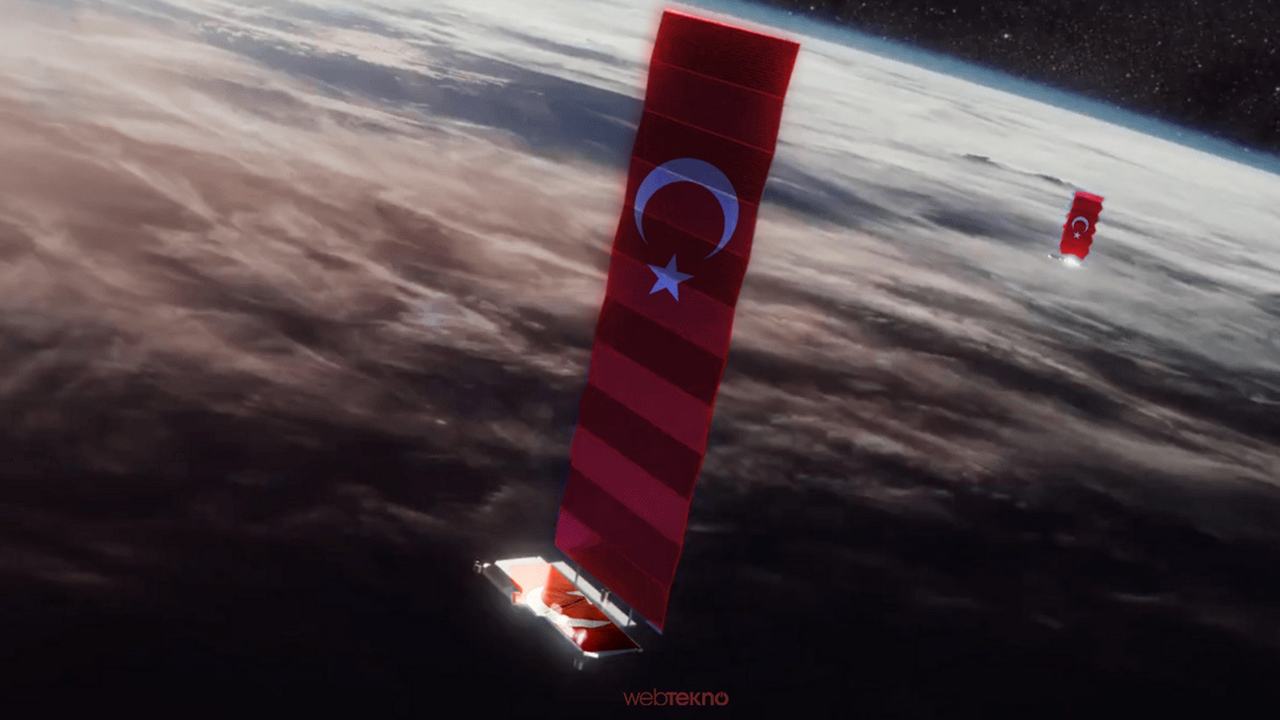 And on the satellites Turkish flag would take place.

If there was no such thing as SpaceX, THY would have established THY-X. 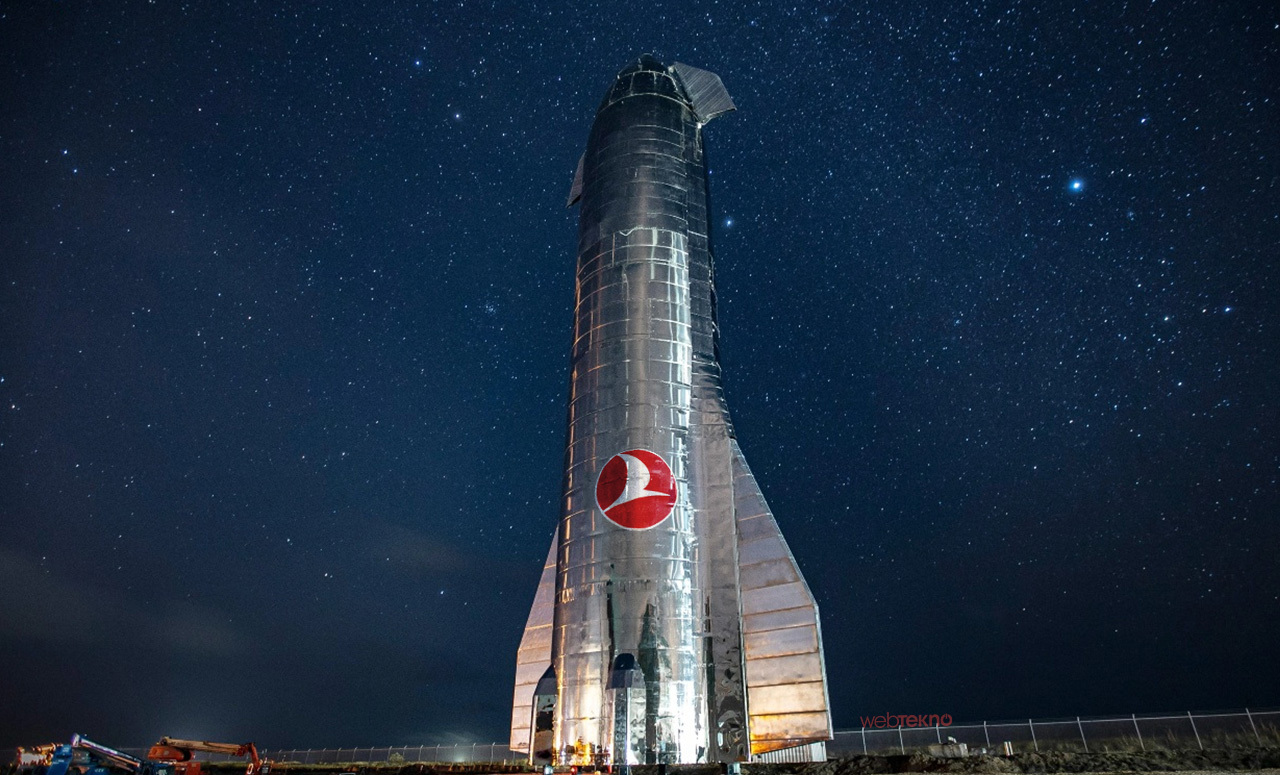 Elon Musk would have found a new platform for space studies if he bought THY, which is already operating in the field of aviation, instead of establishing SpaceX at the time. On SpaceX rockets Turkish Airlines will have the logo a script sounds good.

Bonus: If he had taken over Webtekno, this content probably wouldn’t exist. 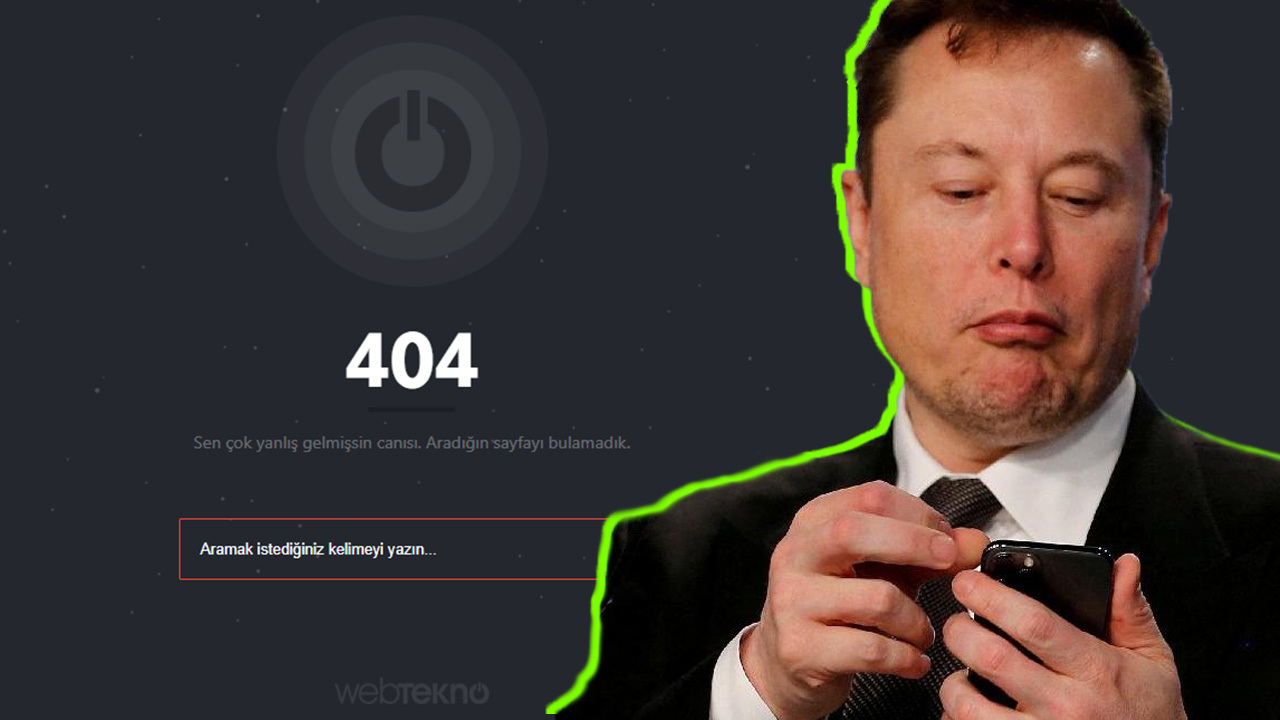 Elon Musk, who does not like employees who question and criticize him, is on Twitter’s Slack environment. employees whose behavior he does not like He didn’t hesitate to put it in front of the door. Naturally, we would probably be in front of the door, there would be no such article, it would fly off the site. We also do not remain unresponsive, We’d give Elon a toughness test!

Twitter Offices Closed: There Are Employees Saying “One Week Left For The Company To Go Down”…

Elon Musk announced that he will establish a new moderation system in the past weeks, and terminated some employees. Famous...