Poetry in Turkish literature is collected under certain titles according to its characteristics. One of these titles is verse form. The number of lines, measures and rhyme forms of the poems are the features that reveal the verse form of the poem. There are many different types of verse. Let’s examine the verse form and its types with examples.

For thousands of years, poetry has been spoken and written on these lands. In addition to the examples of poetry that have survived to the present day, there are also poems written in different periods of the Turks, under the influence of different cultures. They can be grouped under certain headings in terms of form as well as classified according to the subject. The most important of these titles is the verse form. The order of a poem reveals its verse form.

When the poems in Turkish literature are classified according to their verse form, their common features are the number of lines, measures and rhyme forms. Of course, the common feature of the poems collected under the title of the same verse form is that they are composed according to the same order, but they can also deal with similar subjects. There are many different verse forms enriched with subtitles. Let’s examine the verse form and its types with examples.

First, what is the verse form?

The arrangement of the poems written by the poets according to the similar number of lines, meter and rhyme forms forms the verse form. verse form, actually are the common features of the poems in terms of shape. The verse form is a feature not only in Turkish literature, but also in other literatures. There are many different types of verses enriched with subtitles.

So, what are the types of verse form? Let’s examine with examples: 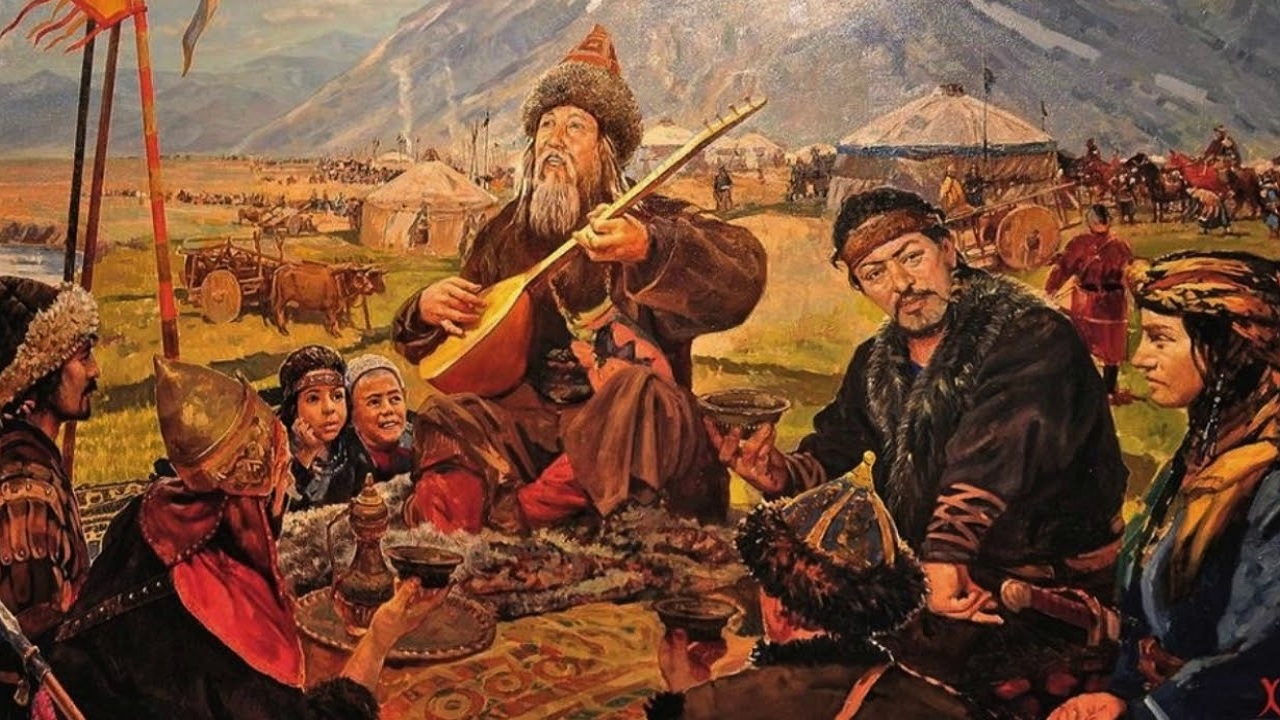 In the pre-Islamic Turkish period, the poems sung on subjects such as love, bravery and nature accompanied by kopuz in hunting ceremonies and sacrificial ceremonies called Toy are called kopuz. It is similar to the form of kosher in folk literature and ghazal in Divan literature. It has the rhyme scheme aaab, cccb, dddb.

The container was pierced by the camouflage

The dead were run together

Togmuş kini ush does not sink

Fish wire is looking around

Lamentations made after the deceased in the pre-Islamic Turks period are called sago. It has seven syllables. It is said in quatrains. Sagu sung in death ceremonies named Yuğ; The lament in folk literature is similar to the elegy form in Divan literature.

Is there a deserted ajun left?

Did the coward take revenge?

If the tag is gone, it will be dissolved.

My fear is angar.

The heroic stories that have been experienced or thought to have been lived are called epics. Its examples can be seen in many different literatures and literary periods. There are sub-genres as natural and artificial epics. Nazım Hikmet’s Kuvayi Milliye Epic can be given as an example to an artificial epic, and Oğuz Kağan’s epic to a natural epic.

Poems containing concise words in the pre-Islamic period are called ass. It says a lot in few words. It is possible to encounter many arguments in Kaşgarlı Mahmud’s work called Divân-ı Lügati’t-Türk.

The tag does not get the tag, the person gets the personality. 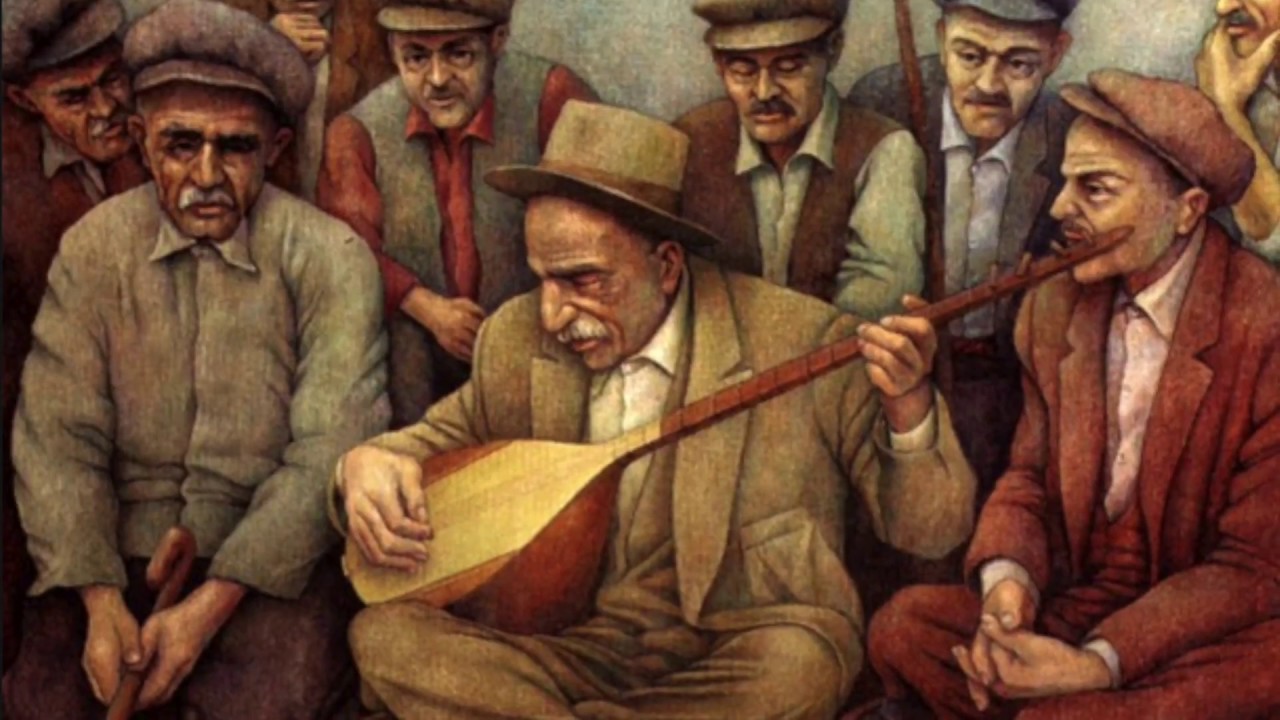 Mania, a folk literature verse form, has 7 syllables and four lines. There are versions with 4-5-8-10-14 syllable patterns. The rhyme scheme is aaxa. Mania can be said about many different subjects, especially love.

If it weren’t for those mountains

If the flower had not withered

Death is the command of the God

If there was no separation

The folk song is a musical version of the poem. It was formed by adding the suffix i to the end of the Turkish name and it means Turkish. It has no fixed form, a poem adapted to a song becomes a folk song. It can be said about many different things.

Lullabies, in general, are poems sung with a melody to calm crying children or put them to sleep. It is known that it is beneficial both for cultural transfer, for children to meet poetry and for children’s ears to get used to music.

Let your lullabies be mine

May my sleep be yours

May the flowing waters be your life

Poems sung after death or a similar painful and sad event are called laments. Lamenting is called lamenting. There are laments of 7, 8, 10 syllables. Women rather than men lament.

My soul shot from my house, what should I do with fate?

I didn’t take it, the land took it to its bosom

I went to Avşar province road

I do not look at the rose of this land

Troubled sufferer, take the road to Çukurova, be a man 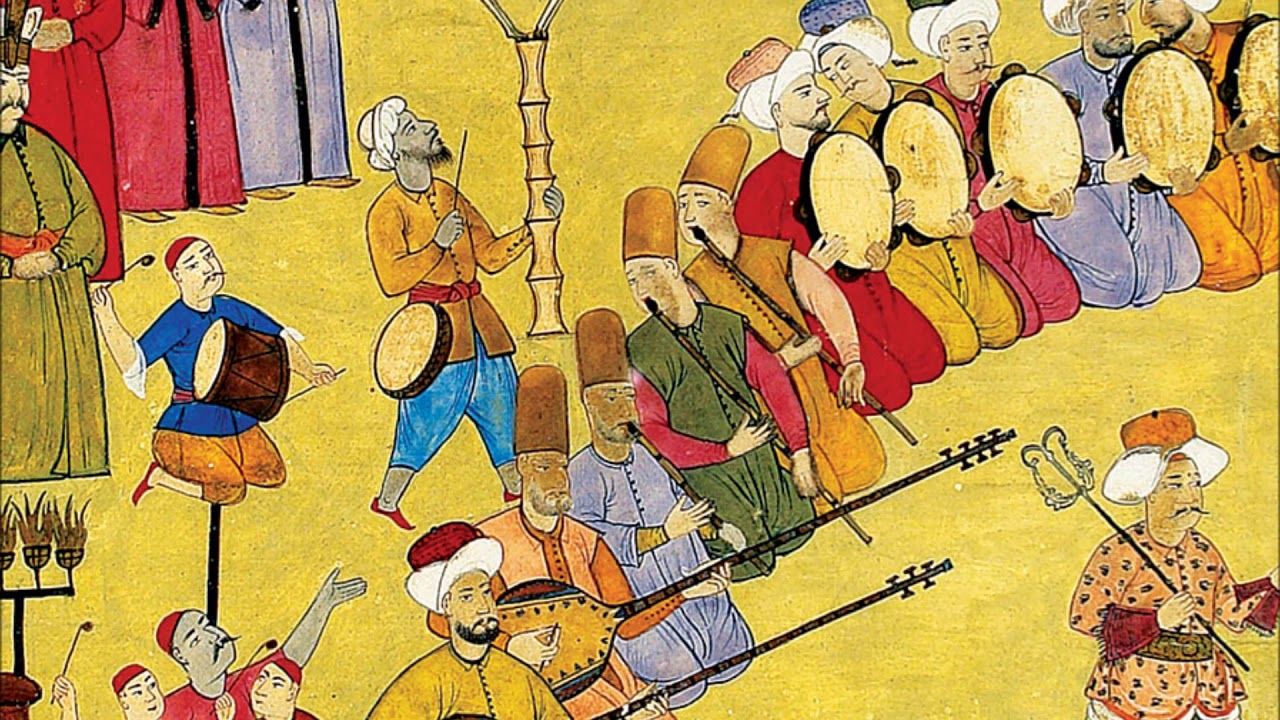 The continuation of the rune type in pre-Islamic literature, jostle are enthusiastic poems sung by bards accompanied by saz. It is sung with 11 syllables and consists of at least 3 and at most 12 quatrains. The rhyme scheme is axax, bbbx, cccx.

Govel duck flew from the lake in the morning.

Allar is dressed and a wreath is laid.

Semai, which has similar characteristics with running, is sung with an octet syllable, unlike it. It consists of at least three and at most five quatrains. It has a rhyme scheme of abab, cccb, dddb. It is not very common.

I said, what is Erzurum, he said, it is science.

I said will you go, he said it’s my way

I said, who is emrah, he said, he is my servant

I said would you sell it, he said no no

As a version of running, which is sung with a special melody, it is a form peculiar to the Vergik Turks. It is written in octal syllable. 4+4 with or without stops. Its rhyme is xaxa bbba ccca.

Let’s have a moment before I die

black earth in our eyes

Let’s have a brew before it’s full

oh my god oh my god

What does he know when

meadow fenugreek above us

Let’s have a moment before it’s over 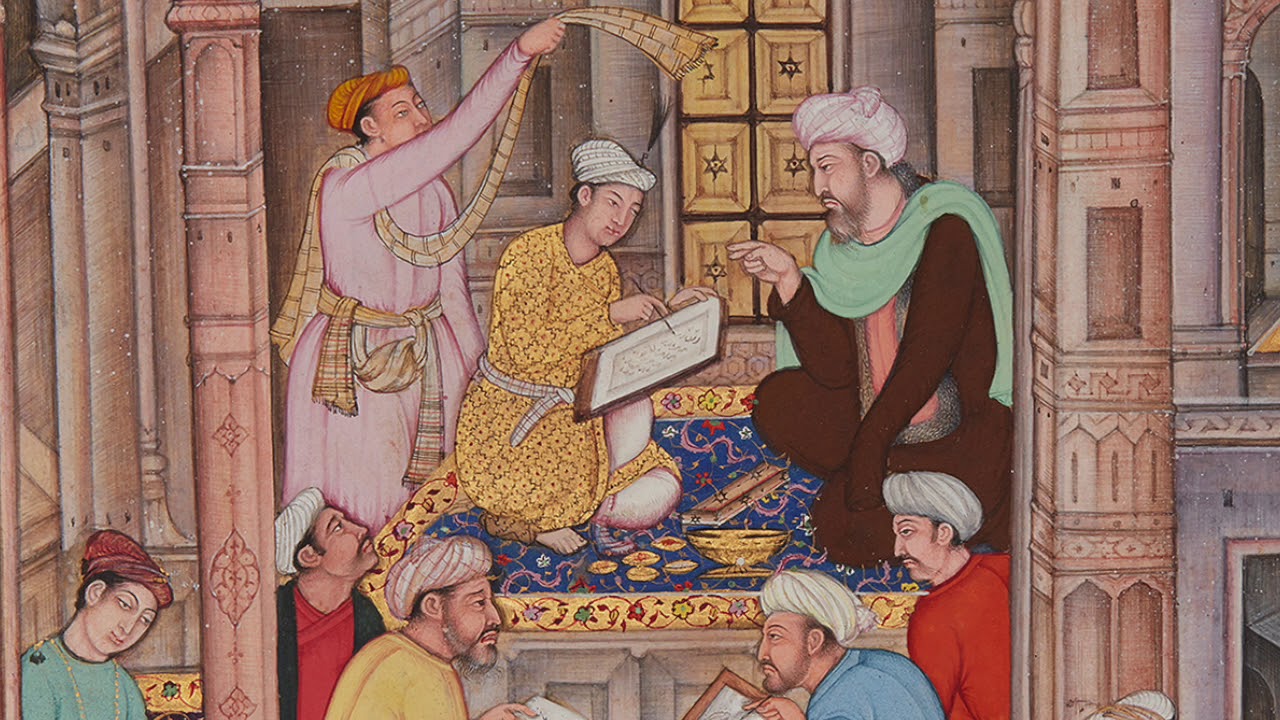 It is a writing technique applied in Divan literature rather than a verse form. It is applied in the form of rhyming in the middle of the string.

You broke off from place to place âşûb-ı kıyâmet-zâd, what will you do?

You distributed hâb-i naz-i yar, oh howl, what are you doing?

What would you do to destroy the world with Edub fitna?

It consists of several bents with different rhymes. At the end of the paragraphs, there is a couplet with the same rhymes.

Companion of Iqbal, the siayet just came out

We didn’t know before, this insight just came out

The circus multiplied and the lafz-i fidelity was fashioned.

Honor is complete, hamiyyat has just come out

Elegance became a disgrace to enemies

Complaint from Dildar to Ağyâr has just come out

They are verses that are connected to each other by a connecting couplet that comes to the end of each paragraph. Hundreds of couplet verses can be connected in this way.

The quatrains written in aruz measure are called rubai. The first two and fourth strings are rhymed, the third string is free. It has 24 different patterns. Our literature has passed through Iranian literature.

The world is in trouble looking for you;

You do not appear to the rich, nor to the poor;

You talk but are we deaf or

Are we always blind, you are in sight.

It is the equivalent of mani in Divan literature. It has an aaxa rhyme scheme. It is sung in 11 syllables.

Reaching the profit will be less

They are poems with 4, 5, 6 lines written for the purpose of composition. It has an aaxa rhyme scheme. It can be written on many different topics.

Murabba, which has a rhyme scheme in the form of aaaa, bbba, ccca, ddda, consists of three to seven stanzas. There are also murabbas that do not rhyme in the first paragraph or after.

It burned, burned me, nar-i firak

Get away from your job, Iraq

Hey, what a troublesome problem, this istiyâk 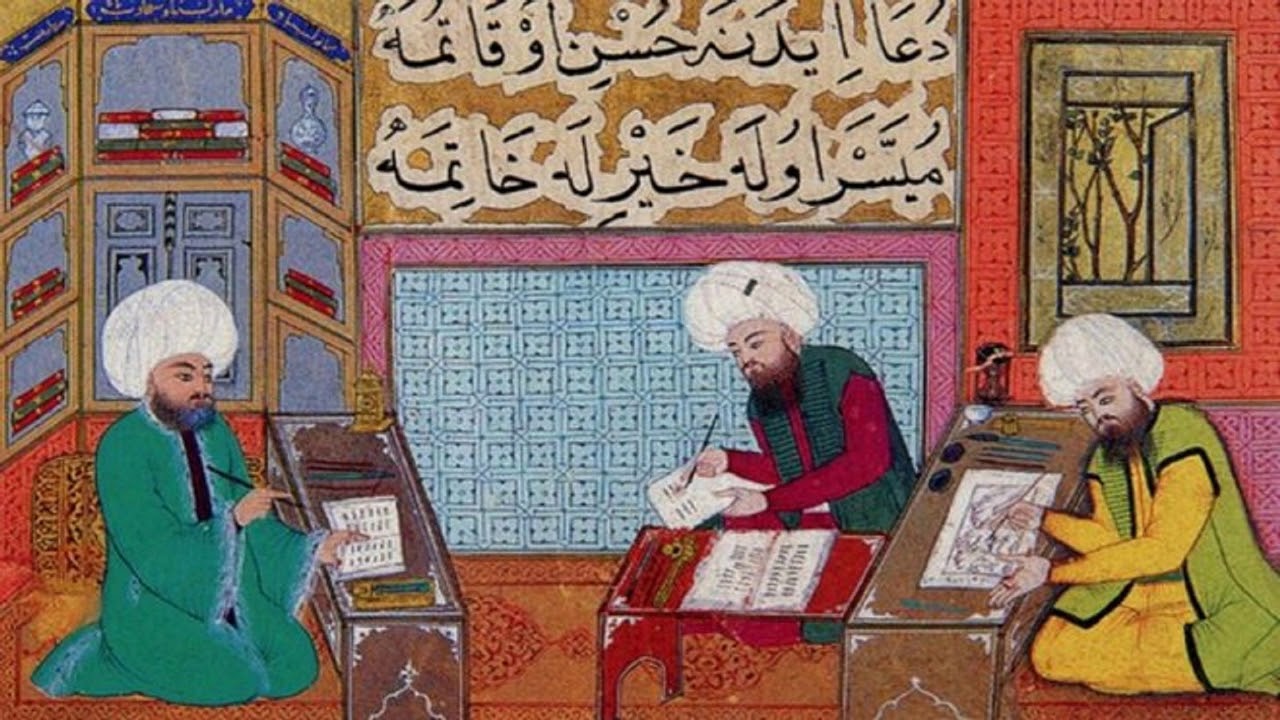 Semen got tired of the soul

Writings and poems to praise religious and state elders are called qasida. It can be written as up to 99 couplets. It is written in aruz measure. The rhyme scheme is aa, ba, ca, da, ea, fa.

Poems composed of rhymed couplets written in aruz meter are called masnavi. Each couplet rhymes with itself. Long love stories and epics were written in the form of masnavi. Mevlana’s Mesnevi is the most important example.

These are poems that consist of 9-10 couplets and do not use pseudonyms and matla. The rhyme scheme is xa xa xa.

In the world, my kind of love, nûr flows from every rosesitânum

It is formed by adding a verse written in the same meter at the end of each couplet of the poems written in different verse styles.

Example of a must:

let it be my begum

Get worse than me with the trouble of a thousand dice

let it be my begum

used to classify poems according to their forms in Turkish literature. what is verse form, what are its types We talked about the details you need to know about the subject by answering frequently asked questions. Since it is a comprehensive subject, we have only shared the most important points through examples.

Types and Characteristics of Poems, the First Examples of which date back to BC

The world economy is at a turning point. There is still a lot to do to make the industrial nation...