A study has revealed that animal abuse has increased significantly with videos that go viral on social media. Experts said that many endangered animals are forced to perform unnatural behaviors and suffer, while emphasizing that users and platforms should be more aware.

Although social media platforms are good tools for most of us to spend our free time, many negative can cause the situation. As it is known, we see that strange trends or videos are viral on social media every day. These trends can cause some terrible events to happen.

For example, recently, data emerged showing that auto thefts are on the rise in the United States due to viral videos. Apart from this, it was even claimed that the currents spreading in channels such as TikTok caused the death of young children. Now, a study shows that these videos, which are popular on platforms, are not only for people, but also for people. to animals also showed serious damage.

Social Media Animal Violence Coalition (SMACC) animal abuse announced an increase. Stating that viral videos enable some content producers to use wild animals on their channels, the institution reached these results as a result of a research conducted with the support of 13 animal protection organizations.

In the study, which examined 840 videos released between 2021 and 2022 on leading platforms such as Facebook, YouTube, Instagram, TikTok and Twitter, experts identified the endangered species among them. 97 species of pets including spider monkey, crab-eating gibbon, tigers, and orangutans found to be held. A short search found lions in diapers or on a leash, monkeys wearing clothes or fed inappropriate food, and much more.

The behavior you see in the videos is unnatural

Experts say that while these videos may seem entertaining in less endangered animals, the majority of the behaviors we see in these content are unnatural and misunderstood. drew attention. As an example of this, videos in which the slow loris species, which was quite popular for a while, were tickled, were given as an example. So the behavior you see in this video is not good for the animal at all.

Alan Knight, the head of the International Animal Protection Organization, said in a statement to IFLScience, “To make loris vulnerable, their teeth are cut with nail clippers or wire cutters before being sold. This gesture of cute loris raising their arms to be tickled is actually self-protection mechanism. He raises his arms to lick a toxic toxin from his elbow. The reason for this is to defend himself against the person who is holding him prisoner.”

People need to be more conscious, to know that animals suffer

Nicole O’Brien from SMAAC also emphasizes that people should be knowledgeable about this issue, adding: “Most people circulating on social media do not see the great cruelty against animals in these 30-second videos. The people in these content may seem like a loving owner feeding their pet tiger milk, but what they actually need to see is, is an endangered species that has suffered or will suffer greatly”

Experts say that people’s homes cause both physical and psychological harm to wild animals; the condition of animals as well as supporting the illegal trade in animals, it threatens animal welfare and harms the conservation of endangered species. he adds.

According to experts, social media platforms are not doing enough 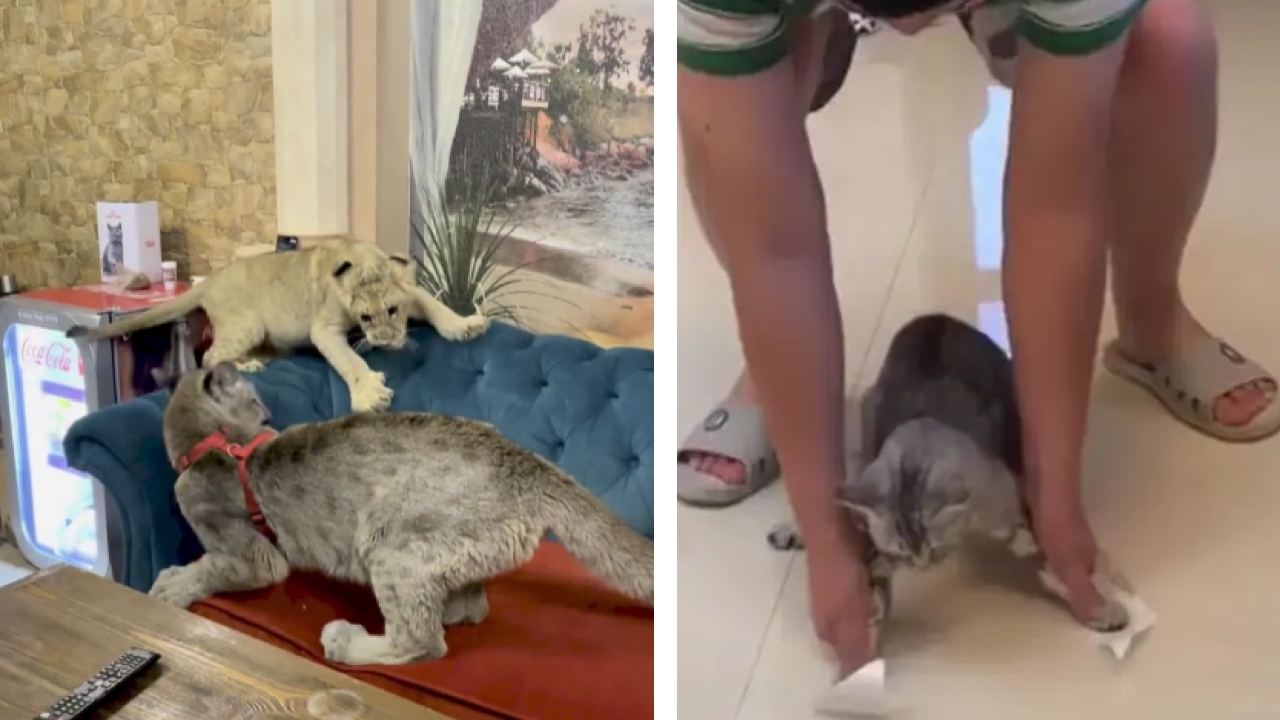 In addition, the report focuses on unnatural examples such as dressing up, as well as on animals. physical and sexual abuse He adds that he has access to many videos. These videos are reported to the platforms; but it is also among the explanations that very few of them have been removed. In a statement to IFLScience, SMAAC warns that social media platforms are not doing enough and that violence against animals is too much, explaining:

“Platforms obviously have to deal with this content. doesn’t try hard enoughcannot get them to be removed automatically. They rely on users to report offensive content but still that doesn’t remove them. What our report shows is the savagery of so little effort. to a cycle of cruelty for animals it caused. We call on them to stop avoiding their responsibilities and take action.”

Finally, it should be added that we have as much responsibility as social media platforms in preventing the terrible situation. Videos containing this type of animal abuse to avoid as much as possible from watching and disseminating And when we see it, we have to report it. In this way, we can prevent others from doing such things, and we can play a role in the protection of animals by doing our part.