Symoo, the application that turns your phone into a zombie and sends SMS for illegal activities without your knowledge, has been removed from the Play Store. So how does this app work?

The 4.2 Jelly Bean version of Android was introduced to users in 2012 with many innovations. However, the SMS application, which was frequently used at that time, sometimes crashed and sometimes showed your messages as if they were not sent. If this is the only way to solve the problem, then the newly emerging was to use SMS apps. Users solved this problem thanks to third-party SMS applications they downloaded from the Google Play Store.

Since then, many users around the world prefer third-party SMS applications that they know and trust. However, sometimes users who want to try something new, can put their phone at great risk.

The application that sends SMS without your knowledge and commits a crime: Symoo

Cyber ​​security service for mobile devices Evina Researcher Maxime Ingrao, who works at the company, revealed in a study that the SMS application Symoo is not at all what it seems. According to the data found by Ingrao, although Symoo looks like an SMS application from the outside, it actually uses your phone. sending SMS to unknown persons. Ingrao states that such applications are often used by hackers and other criminals.

The app, which was removed from the Play Store today, was made available on October 18, 2022. It has already surpassed 100,000 downloads. In fact, the developer of the application even updated Symoo several times after it was released.

Angel Face Demon Apps #6: Why You Shouldn’t Use WhatsApp Plus

So how does this app work? 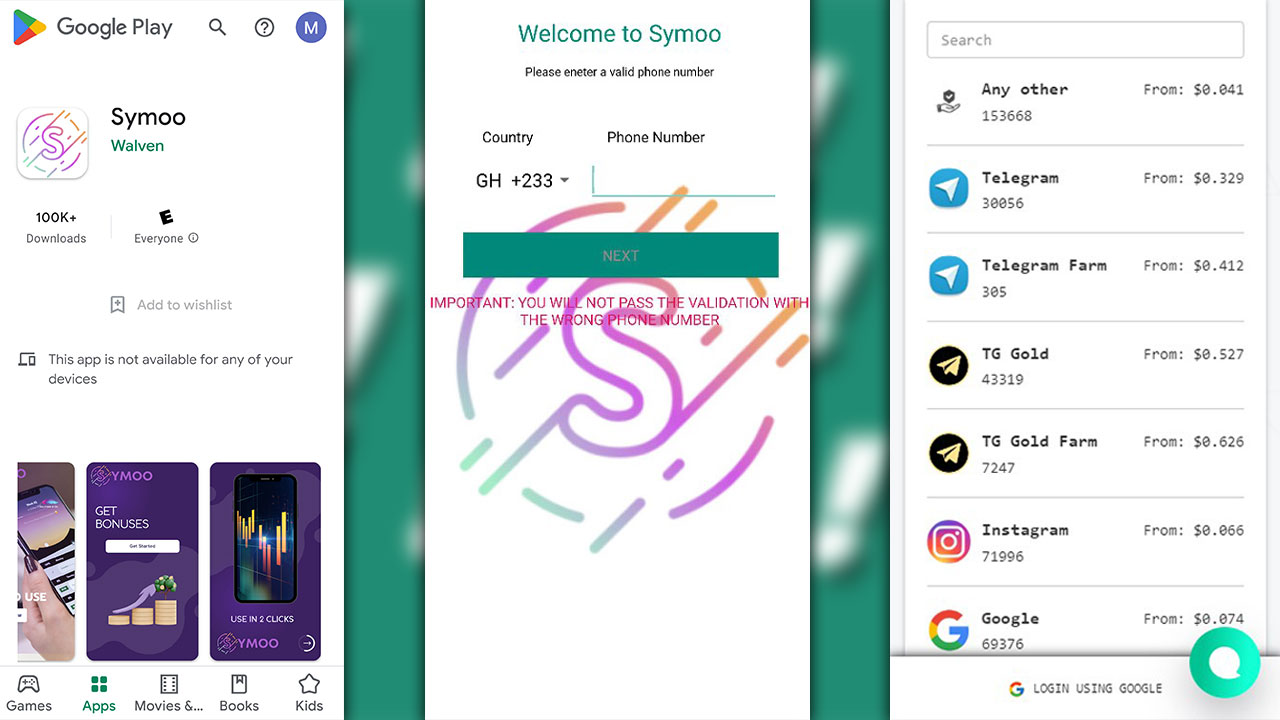 From the outside, like a simple and useful SMS application, when you download Symoo, the application asks you to use your phone number. sign up and it asks for permission both to send and receive SMS and to show you incoming notifications. Due to the functionality of the application, as soon as you allow it, the application goes to a loading screen stating that it is compiling your messages. However, at this time, the application is on platforms such as Viber, Telegram, Instagram and Google without your knowledge. not yours activates two-step verification services of stolen or fake accounts using your number.

Then you use the application as if nothing has happened, but the people who use these fake accounts are involved in dozens of different illegal jobs through your number and in case of any problems, these accounts begin to be examined. Authorities who examine the account involved in the crime find your number in front of them, so the pumpkin explodes on your head.

Analyzing the application with reverse engineering, Maxime Ingrao stated that the application is directly connected to one of the fake account sales platforms originating from India and that this platform 50 cents He also explains that they offer two-step verification services to users on the platforms they want for small amounts such as.