A strange police chase took place in the USA. A tractor with an average speed of 30 km/h chased dozens of police vehicles. Stopping the tractor was not easy during the chase that lasted for miles.

You know the police chases in the USA. Sometimes thieves, sometimes outlaws who have committed greater crimes chases dozens of police carsThey run for miles. In this article, once again from the police chase we will talk about. But this time, things are seriously funny.

In the US state of North Carolina, the police began to receive reports one after another. It is alleged that a tractordeliberately trying to crash into pedestrians and vehicles, endangering life and property safety. Thereupon, dozens of police followed the tractor. The chase continued for kilometers at a rather slow speed (about 30 km/h), contrary to what we are used to. The reason for the slowness was that, as you can imagine, there was a tractor in the lead role.

According to the information obtained, it was not easy to stop the suspect named Ronnie K. Hicks. During the chase, which continued for kilometers, spiked traps and shotguns were used to detonate the tires. However John Deere The strong tires of the brand tractor showed resistance to all these and the chase continued. During the chase four vehicles were badly damaged. is expressed.

So what was the result? The tractor driver gave up at the end of the chase and left the tractor and was chased by the police. detained. The trial of Ronnie K. Hicks is expected in March.

The final state of the stopped tractor: 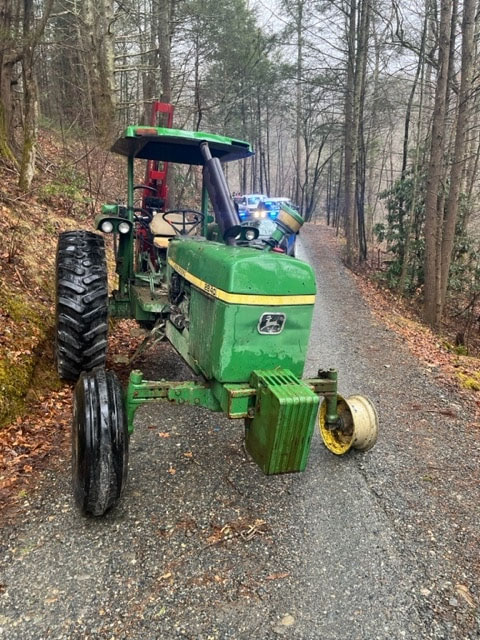 Here are the moments when a tractor chases dozens of police vehicles!