TurkStat announced the number of vehicles registered and deregistered for the year 2022. In addition, the most preferred colors and the average age of the vehicles were also shared.

There was also a decrease in the number of vehicles whose registrations were deleted from traffic. The number, which was 42,924 in 2021, was announced as 35,585 for 2022. Thus, the total number of vehicles added to traffic in 2022 1 million 234 thousand 327 it happened. The data shared and the difference rates from year to year were as follows:

According to the shared data, the number of vehicles in Turkey has exceeded 26 million as of now. Considering that our country has a population of 84 million as of now, approximately every 1 ‘vehicle’ for 3 people We can say that it has fallen. However, this data should not create an illusion. Because although the number seems high, only half of the vehicles that reveal this ratio are automobiles, and a significant part of these automobiles belong to companies and fleets.

Distribution of registered vehicles according to their types: 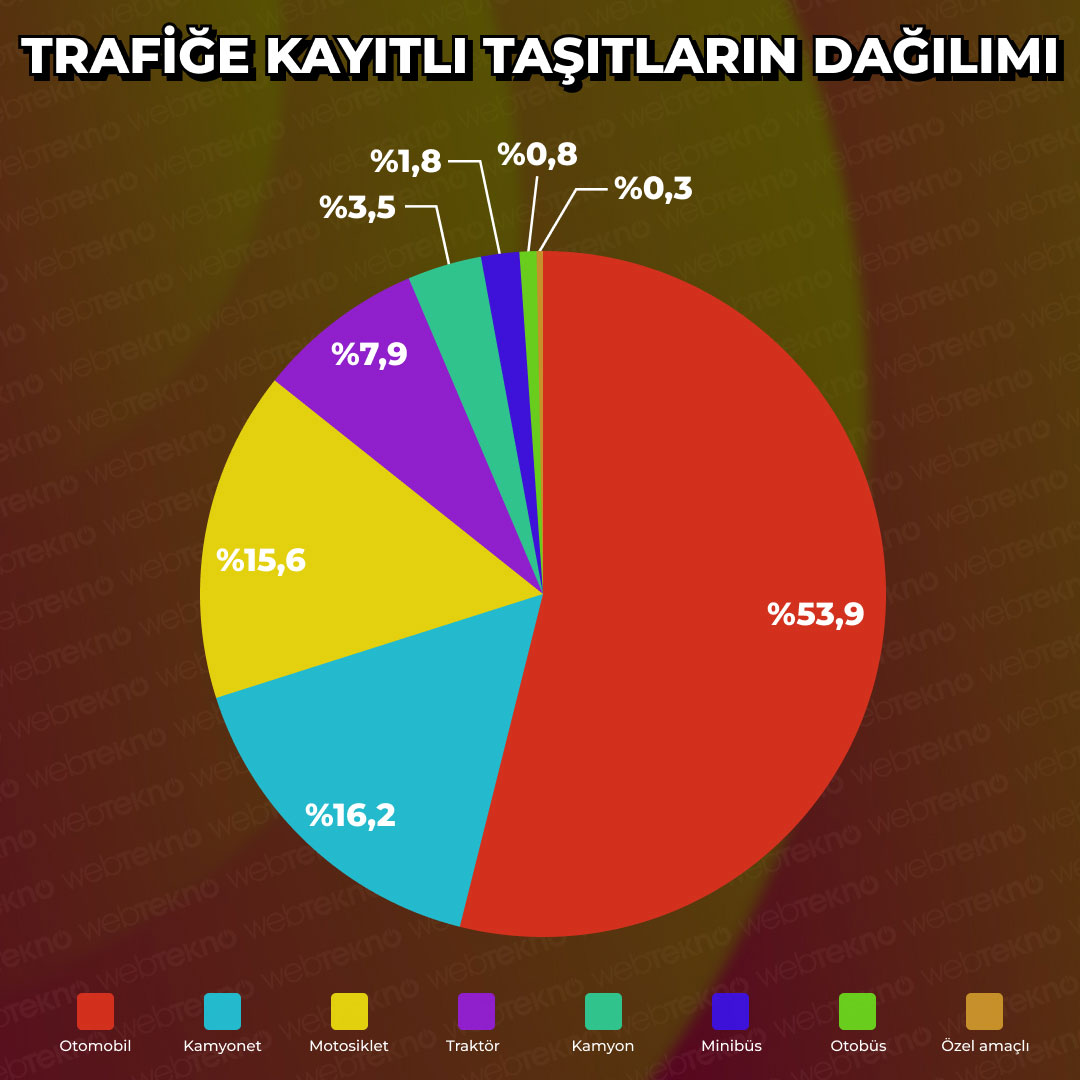 We said that there are 26 million 482 thousand 847 ‘vehicles’. Above you can see the distribution of these vehicles by vehicle type. When we put these ratios into numbers, we get the following result:

Color distribution of vehicles registered to traffic in 2022: 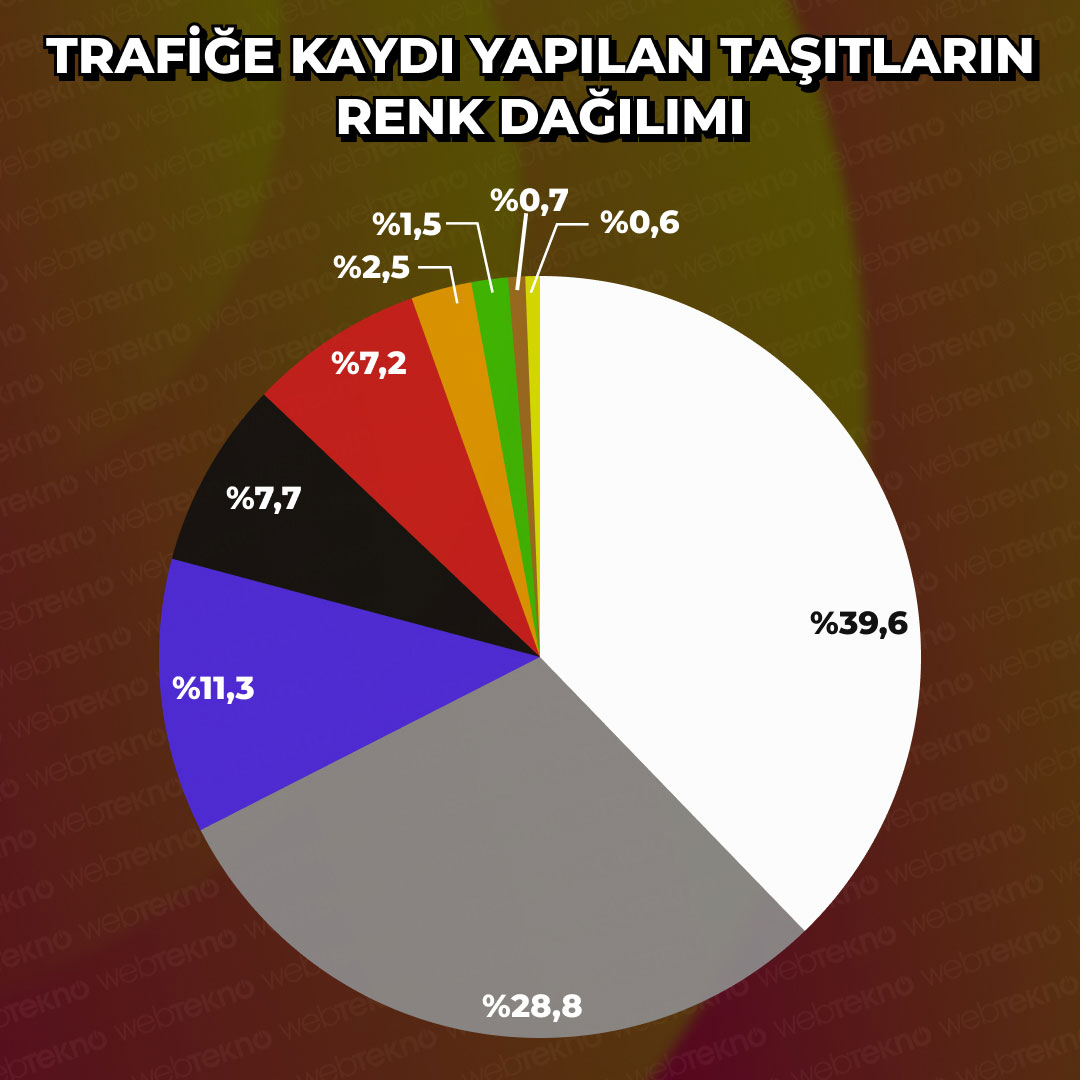 Distribution of vehicles registered to traffic according to fuel types: 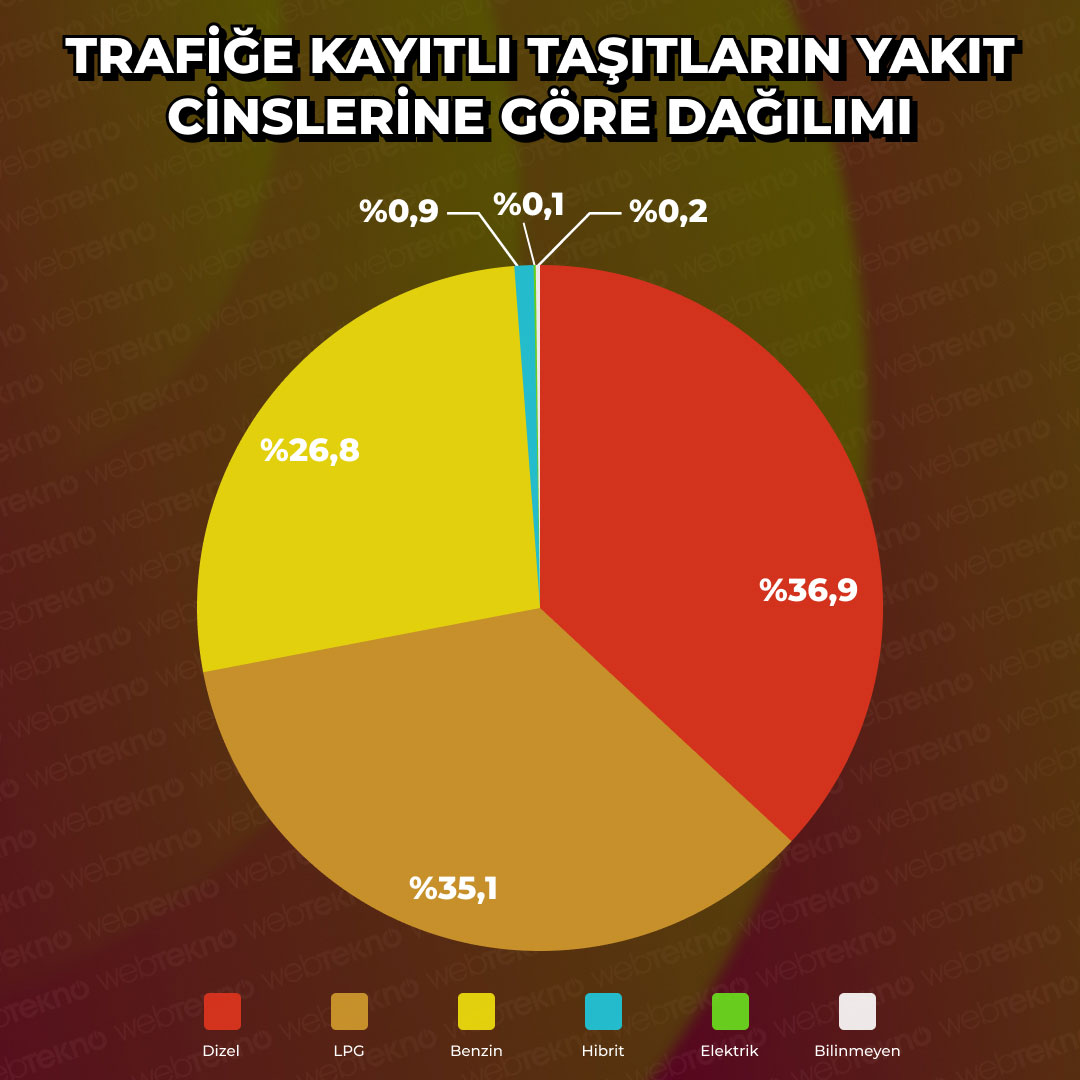 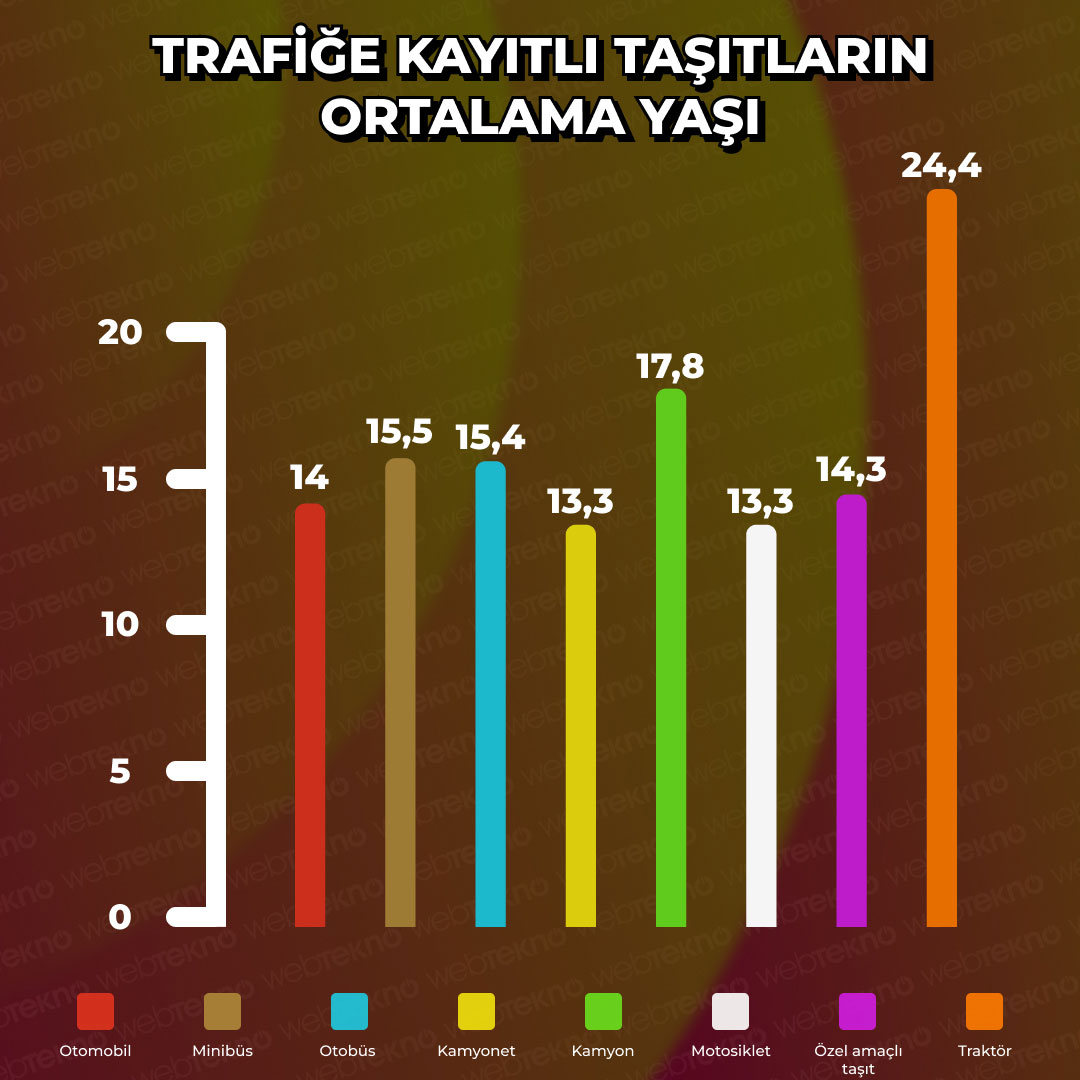