Facilities at the service of citizens in earthquake zones!

Bed Bath & Beyond wants to avert bankruptcy with $1 billion

Increasing death toll in earthquakes in Turkey and Syria

Known as the only desert region of Turkey and called the Konya Plain, this region, which was named the Karapınar Dunes due to the desertification that occurred, almost reminds one of the deserts in Africa and Arabia.

Karapınar district of Konya, which is the driest area of ​​the Konya Closed Basin and the region with the least rainfall in Turkey, in the middle of an arid basin.

In the past “where the ground endsHow did the district of Karapınar, which is called ” and even moved to the agenda, come to this?

After the caravanserai was built in the region during the reign of Yavuz Sultan Selim, Sultaniye named after Karapınar; took its current name in 1934.is a town located 94 km east of the city centre.

Being on the historical Silk Road, interesting geological structure and crater lakes, it is known as one of the few tourism areas of Turkey. 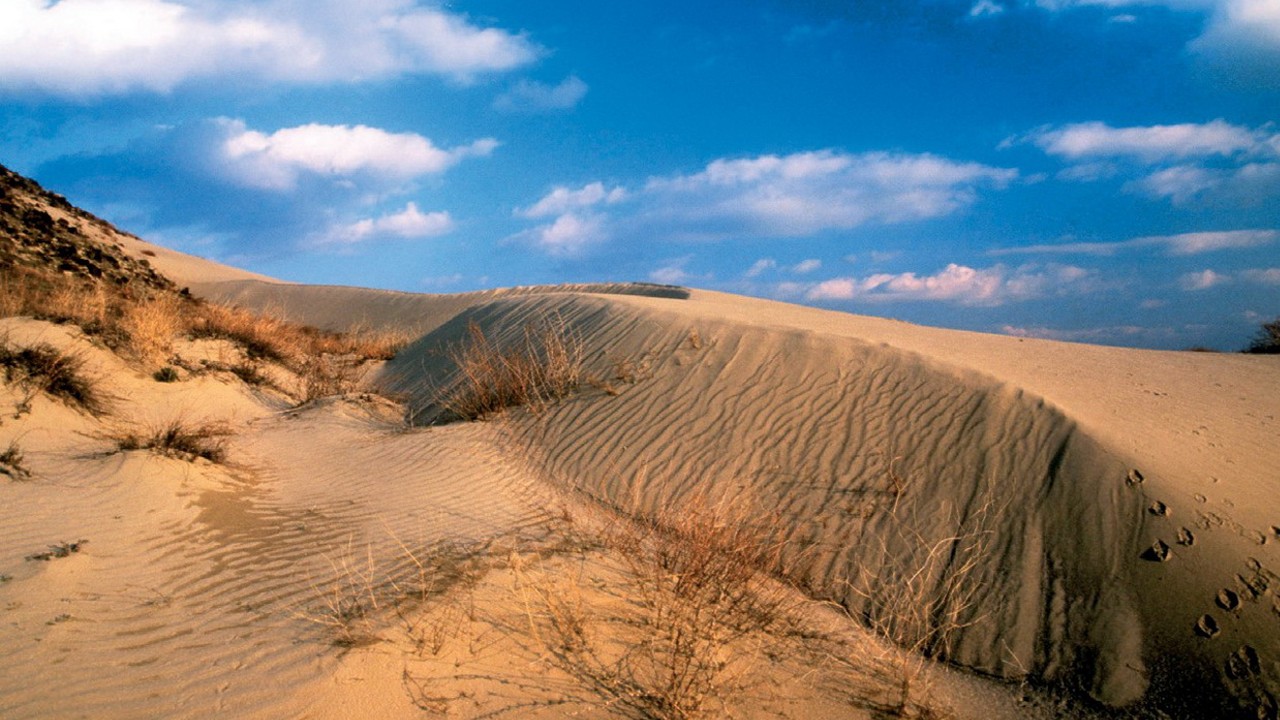 This basin, which lies between Karadağ and Karacadağ, formed by volcanic eruptions millions of years ago, hides very rare formations on earth. 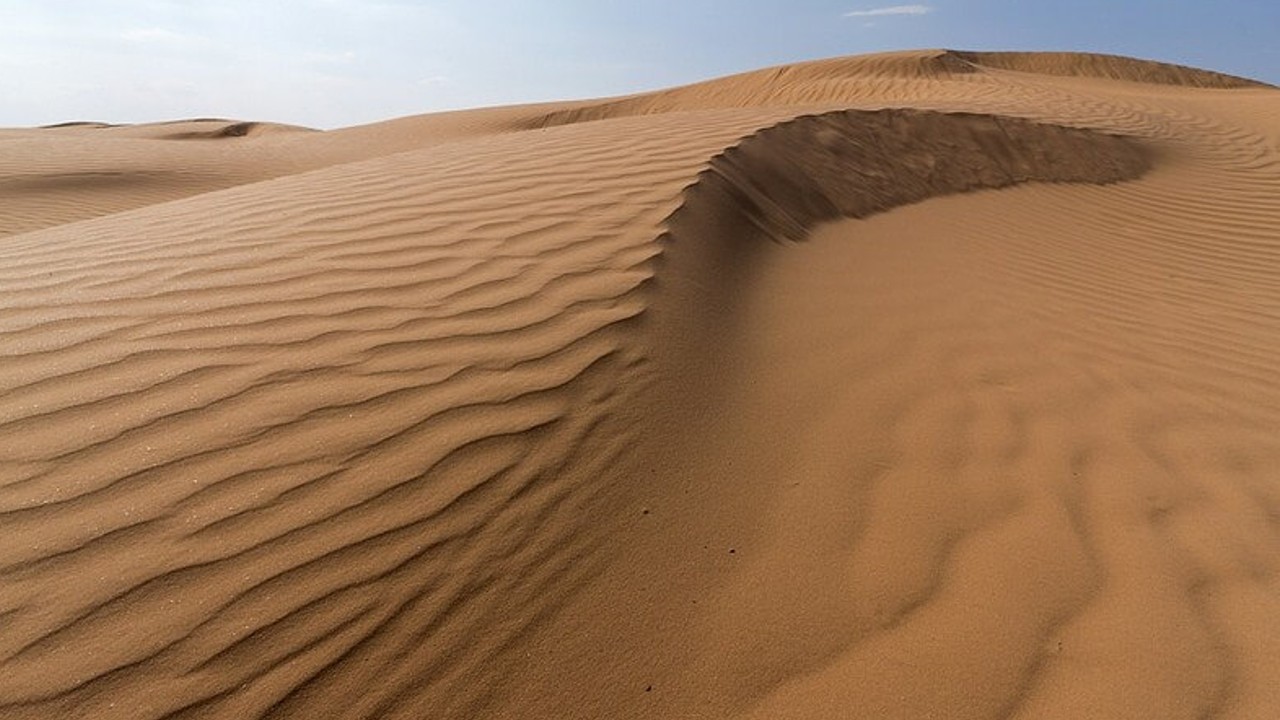 Karapınar, which we can describe as an area covered with vast plains and wide steppes, is actually a volcanic land.

So how did Karapınar come to this? 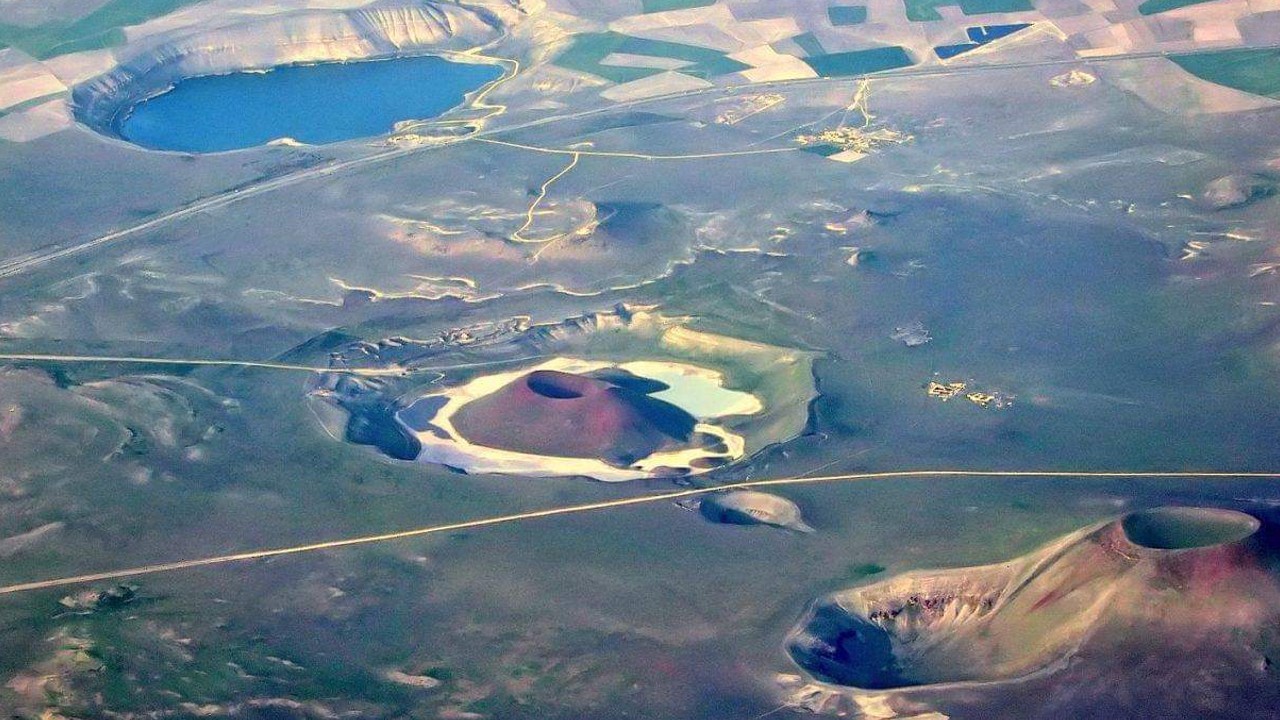 When it was a flat land, volcanic cones called meke that rise out of nowhere Karapınar, which took its current form due to; filled with crater pits and strange-looking rocky peaks, some of which have become lakes with water.

There are many other reasons that make Karapınar, which has taken various forms with volcanic eruptions over the years. 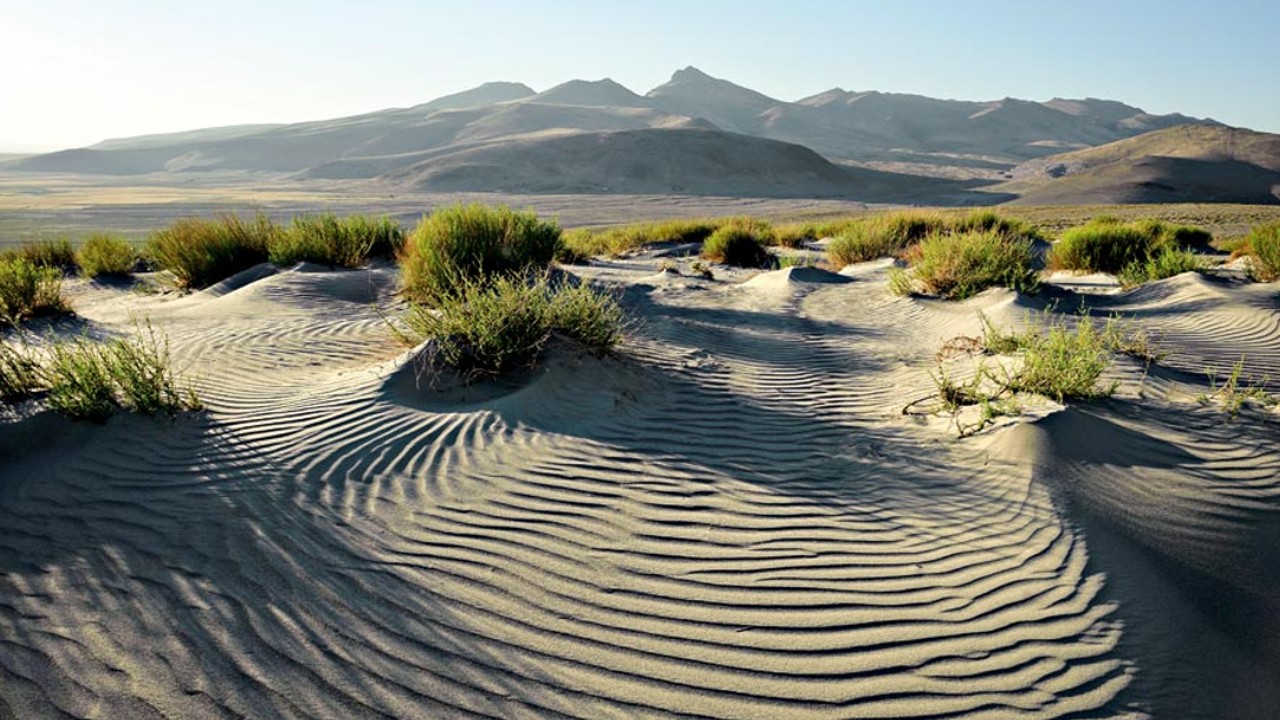 In fact, the sand left by a large lake in this region during the Ice Age, this desert formed by the wind; In addition, it has taken its current form due to reasons such as the lack of development of forests due to the arid climate, the subsequent soilification of the lake sediments consisting of calcareous and clayey materials, the formation of weak steppe cover due to the continental climate and overgrazing due to small cattle breeding.

The most interesting formations of this geography, which looks like a deserted planet when viewed from above, are undoubtedly the sinkholes. 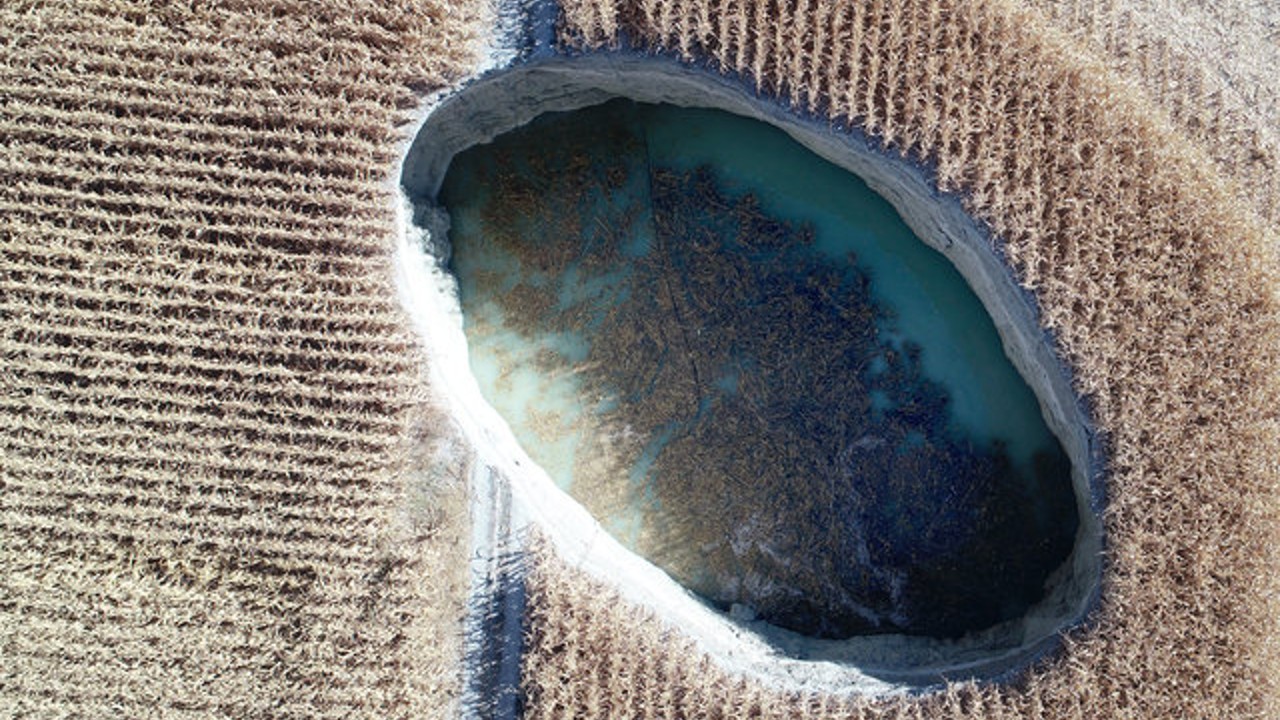 These gigantic pits, opened like a mouth swallowing the soil, are found in the sinkhole plateau in the north of the basin. The reason for these pits is The plateau has a calcareous and calcareous land structure. as well as the drying up of underground water resources due to excessive irrigation.

Since the water permeability of the soil of the region is high, rain water accumulates on the bottom and dissolves the limestone layers, and for this reason. large and small spaces is occurring.

We Have Seen Another Example With The “Dry Days” Movie Debate: Why Do We Want to Talk More About Something That Is Banned or Censored?

The most important feature of the region is that the largest wind erosion prevention area in the world was built for the Karapınar Sand Dunes in this district. 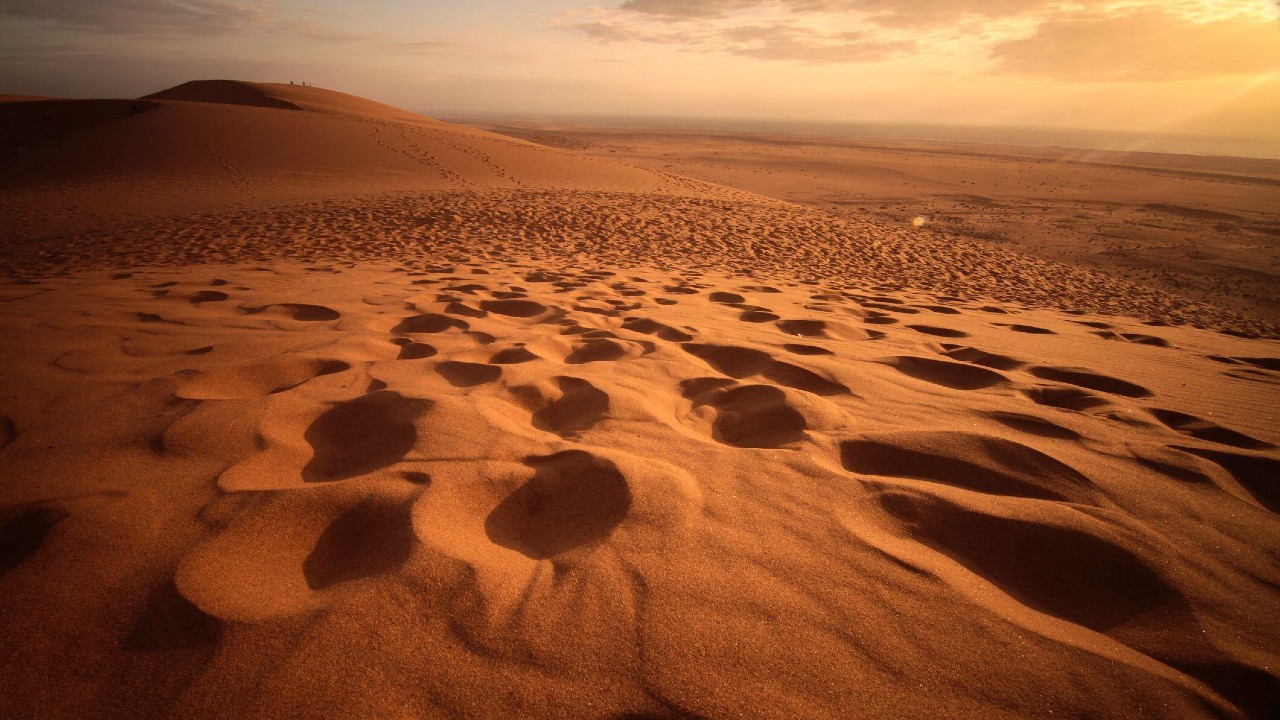 This project in Karapınar district, which includes formations such as Meke Saltpan, Meyil Lake, Çıralı Lake and Acıgöl, was completed in 1999 on an area of ​​103.000 hectares. one of the 10 most successful projects accepted as.

Since the 1950s, a large part of the region has been afforested against wind erosion. 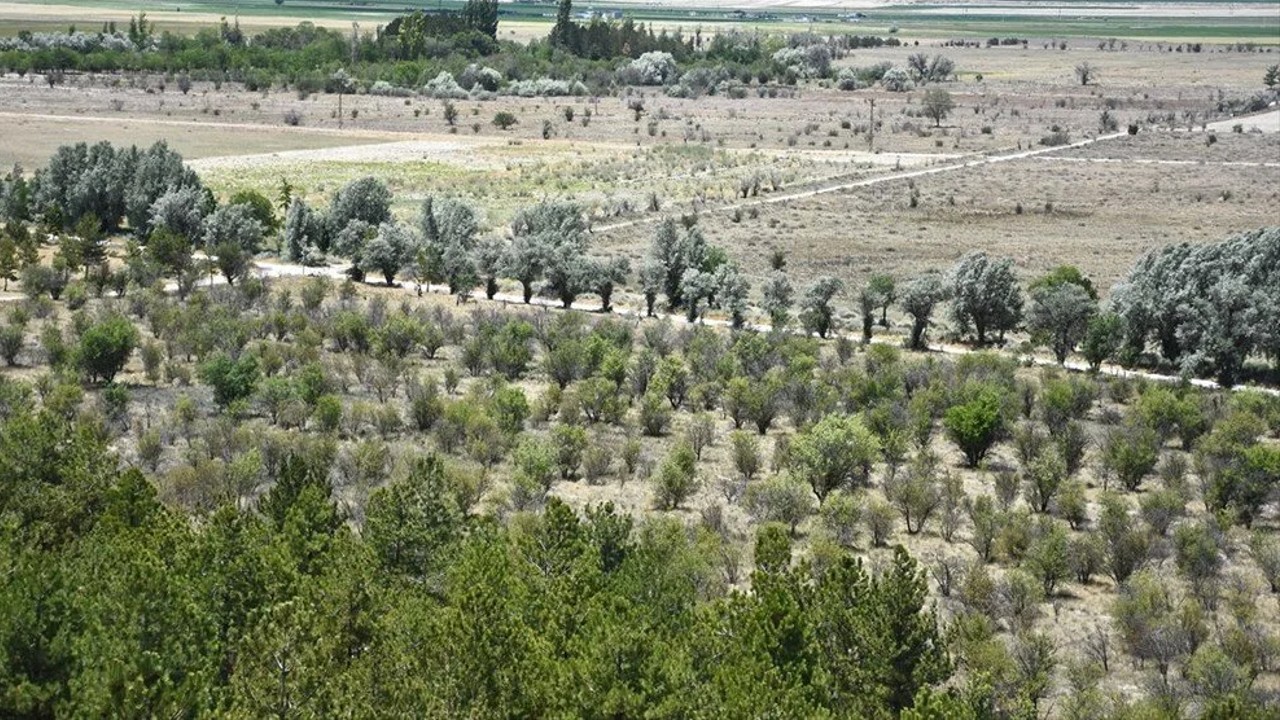 For this reason, as in the past, threatening the surrounding settlements in the region. severe sandstorms It does not blow, but wildlife is not encountered as much as before. Karapınar is also one of the rare areas that can prevent erosion.

Karapınar is now considered the only desert area in Turkey. 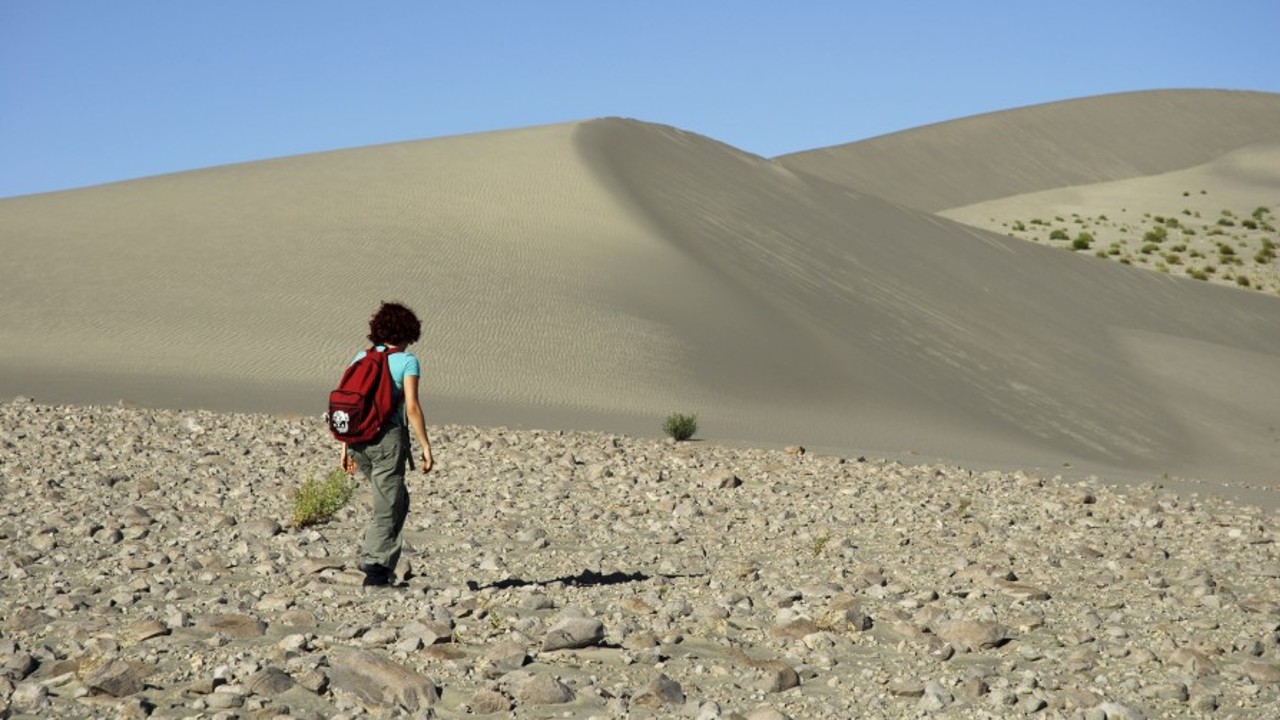 The region, which has hosted important trade routes throughout history, with an unusual appearance It is becoming a popular destination for domestic and foreign tourists.

If We Cover the Sahara Desert with Solar Panels, the Energy Needs of 4 Earths Can Be Satisfied: So Why Not?

Take a Good Look at This Graphic: What Scientists Have Called ‘The Most Critical and Hidden Disaster’ in Deadly Danger

Kahramanmaras'of Pazarcik in the district due to earthquake in 10 provinces serious casualties And wounded aforementioned. Although search and rescue...

Bed Bath & Beyond wants to avert bankruptcy with $1 billion

Increasing death toll in earthquakes in Turkey and Syria