Realme GT Neo 5 will break the record with its charging speed!

Whales Spent Hundreds of Millions on This Altcoin!

CRV, which is among the largest liquidity pools of the DeFi ecosystem, is experiencing a volatile day.

of a whale CRV A sharp rise was seen with the reaction while his manipulation to liquidate the collateralized large positions first brought the price down.

“Today the whale ponzishorter.eth borrowed a large amount of CRV from Aave and dumped it on the exchanges.

Now I will tell you what happened to the CRV.

This whale deposited 40 million USDC in Aave to borrow CRV on November 13 and started shorting CRV.

In this one week, the CRV price has dropped by about 26%.

5 hours ago the whale suddenly borrowed 20 million CRV ($10 million) from Aave and sent it to Okex for sale.

He did the same again 3 hours ago.

Whale sold a large amount of CRV during this time, leaving many people who used the CRV as collateral facing liquidation.

Even the founder of Curve Finance faced liquidity risk in the position he bought USDC for CRV and had to add 20 million CRV collateral 3 hours ago.

It continued to sell CRVs as the price recovered.”

The latest situation in the whale’s wallet is as follows:

The wallet’s healt rate is 0.99. when 1 CRVThe whale that tried to pull the operation in ‘ was liquidated.

After the whale became liquid, the CRV price started to fall.

CRV meanwhile it had risen as high as $0.63 to squeeze the whale. 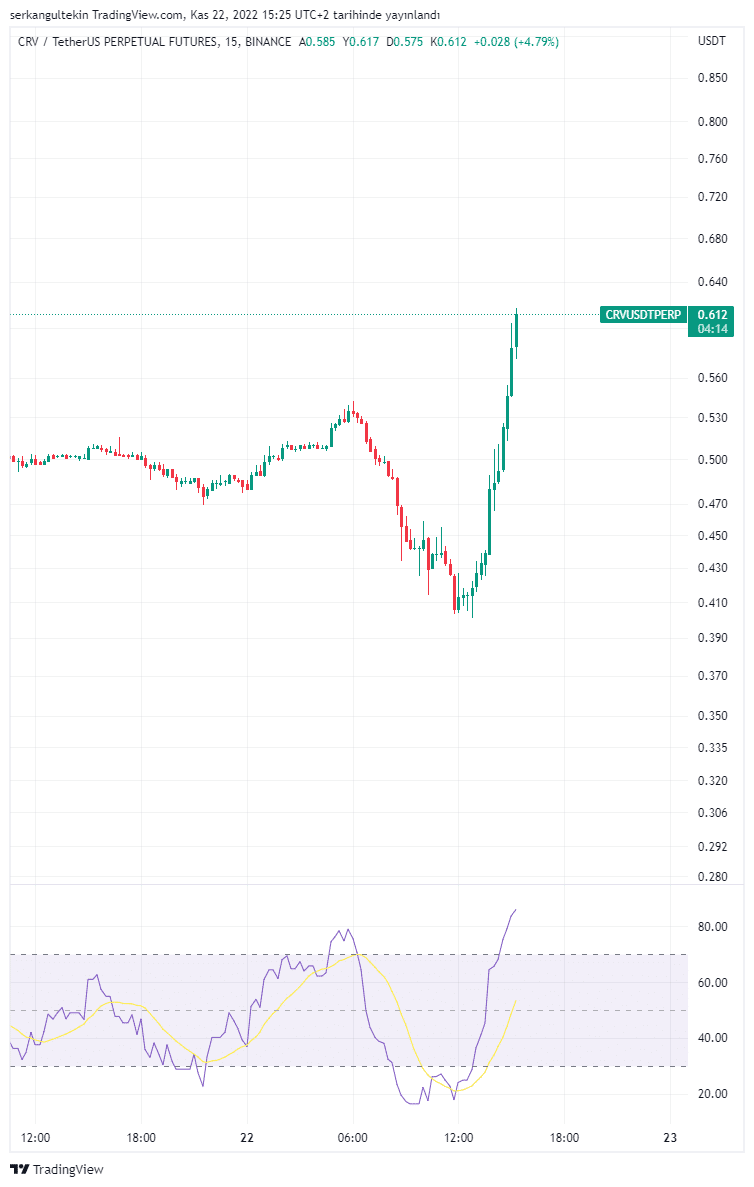 Update: The position health of the whale appears to have increased to 1.08 again. You can follow the wallet from this link.

In the past months, we have witnessed the bankruptcy of some popular cryptocurrency exchanges. But in general, we can say...