Dependence on China for semiconductors threatens

The Sandbox announced on Twitter that it has signed with Adidas.

On Wednesday, November 17, Adidas shared an old video on Twitter that it entered the world of NFT. NFT with adidas logo announced with

According to DappRadar data, SAND price after the announcementAn increase of 41.71% was observed in the last 24 hours. At the time of news writing, SAND price rose from $3.96 to $5.64 in the 24-hour timeframe. 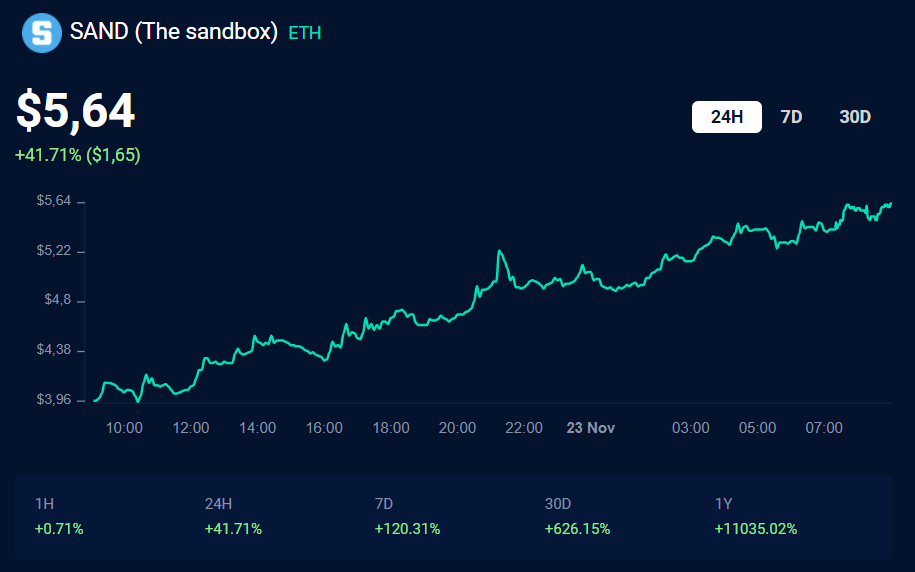 The Sandbox, It is an Ethereum blockchain-based metaverse product with open world features, where players can create virtual assets and buy and sell as they wish (eg: buying-selling land, building).

China President Xi Jinping The Chinese president had already stressed the importance of the technology industry for his country on...