Google Search Console is back to normal after a few days of hiatus!

The Shameful Experiment Showing How We Deceive Ourselves

Okey Plus Alternative 10 Mobile Board Games

This Is The Famous CEO’s Choice!

Ten Million Investment For This Altcoin!

Dusseldorf For years, people of all stripes have been arguing about the cost of fighting the climate crisis. How expensive is the change to a sustainable society and above all: What is left of our economy in the end?

However, one thing is now clear to everyone involved: It will be expensive. According to a new study by the consulting firm McKinsey, it will take around six trillion euros to make Germany climate neutral by 2045. But if you look closely, you will see that of these six trillion only one trillion is actually pure additional investment. That makes 40 billion euros a year. The remaining five trillion are already planned, provided as subsidies or in circulation on the financial market. They just have to be steered in the right direction.

Instead of state support for diesel, kerosene and oil heating, there will be subsidies for electric cars, train journeys and heat pumps. And instead of rising prices for the highest profits, the financial market may in future be more likely to reward the most sustainable business model. There are enough examples to show that the two do not have to be mutually exclusive even today.

Many companies have recognized the signs of the times and are already moving towards a green economy. Most of them try to stick to their tried and tested strategy for as long as possible. Also because they are afraid of going bankrupt. Of course, those who have always measured their actions not only in terms of sales, but also in terms of their own carbon footprint have a clear advantage. So-called climate pioneers. For the others, it will only be decided in the next few years whether they will even manage the turnaround.

Certainly there won’t just be winners. Small and medium-sized companies in particular are dependent on financial support so that they can meet the investment costs required for the renovation over a longer period of time.

But it must also be clear that there is no other option. Science knows that, the European Union knows that, and the federal government that is still in office knows that. Step on the brakes when it comes to climate change – that no longer works. 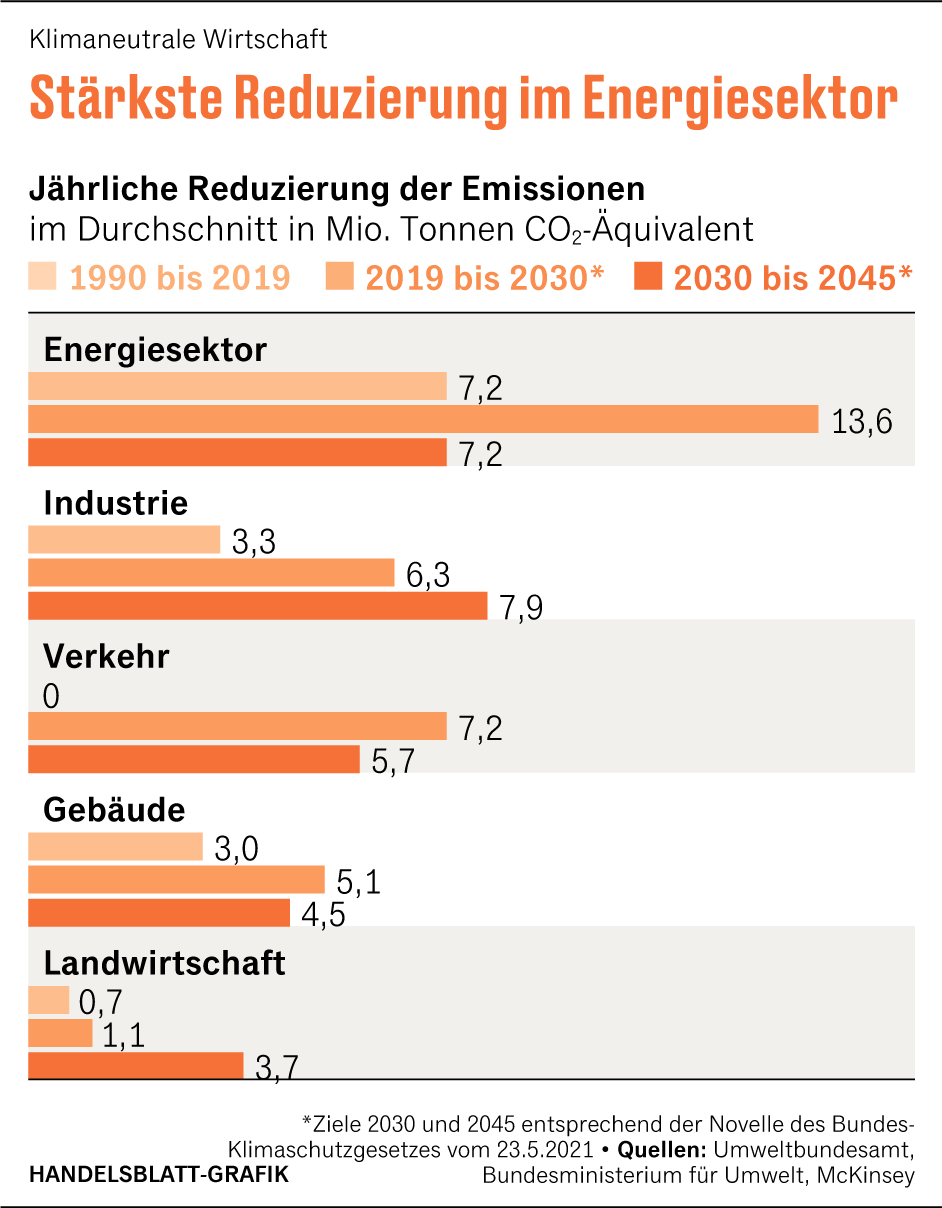 Flood disasters, forest fires and earthquakes dominated the news from home and abroad for weeks. Studies have meanwhile been able to prove that these natural events were not arbitrary capers, but only came about to this extent as a result of global warming. The consequences of the climate crisis are becoming noticeable.

At the same time, however, renewable energies are also becoming cheaper and the population is more and more willing to live more sustainably. The momentum for green change has never been as great as it is now. 70 percent of all countries worldwide have set themselves goals for achieving climate neutrality. Reinsurers, banks and stock indices adjust their risk management accordingly. If Germany does not go along with it now – then there will come a point where prosperity will be in danger.

Anyone who suspects eco-idealism behind this sentence is far from it. Many critics claim that climate protection costs economic growth and corporate profits. But economic growth is not just a sober figure. It is measured in terms of long-term prosperity and life satisfaction as well as stability. Damage to health from air pollution, floods of the century or the loss of biodiversity are unlikely to be beneficial.

Quite the opposite: our industrial society has massively increased its economic, social and political costs in recent decades: fine dust causes respiratory diseases. And natural disasters, as many had to experience painfully in the summer, cost human lives and incidentally cause immense economic damage amounting to billions. Not to mention jobs. If it continues like this, the future costs will be significantly higher than a few trillion euros.

Structural change is needed to prevent this. Unfortunately, Germany usually struggles with such a profound upheaval – as can also be seen in digitization. It is to be hoped that Germany will do better in terms of climate protection. Otherwise it will be really expensive.

More: The conversion to a climate-neutral economy will cost Germany six trillion euros

Born in Hamburg, lost again?For the third time, Fabian Nürnberger (22) will play against his youth club (played at HSV...