Who knew that the smallest mistake during a magic show in England could lead to the horrific deaths of hundreds of children?

In our country and in the world, especially on discount days or concerts, there are stampedes. Some even end in disaster, It costs the lives of hundreds of people. A similar situation occurred in Korea on Halloween in the past days, and 151 people lost their lives. The event we will tell in this content is similar to this, but this time the subject is children.

This event took place in England in 1883. door designs changed and today it has saved, perhaps continues to save, the lives of thousands of people. Let’s take a closer look at the details of this event, its cause and what happened after.

Victoria Hall was built 10 years before the disaster struck.

It was an imposing brick building built in the gothic style popular at the time. The main auditorium where the event took place contained a stage and three levels of seating. Due to its high capacity, it quickly became a popular venue for public gatherings, religious gatherings and entertainment of all kinds. Events such as theater performances and concerts were all held at Victoria Hall.

Therefore, a children’s magic show was not at all unusual for this venue. This special show is for an out-of-town traveler. show business couple Mr and Mrs Fay Edited by. 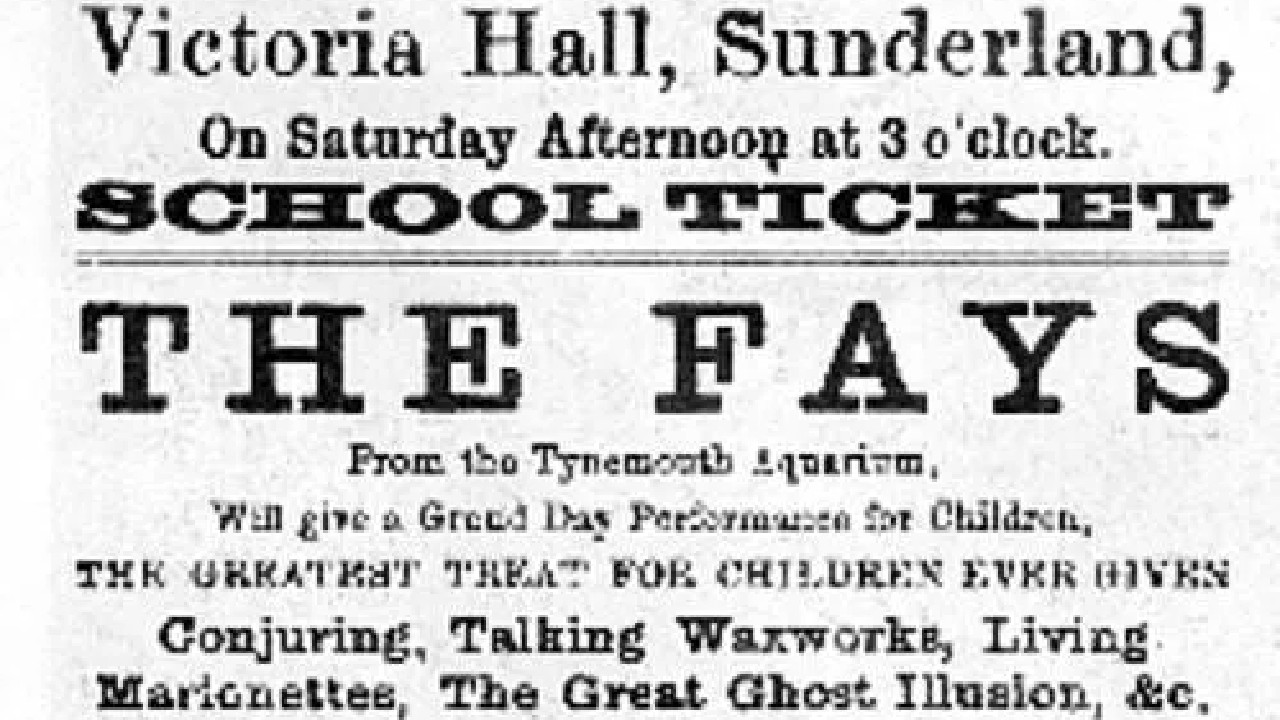 Flyers distributed before the event mentioned that there would be magic, talking waxwork, puppets, and something known as the Great Ghost Illusion. Also, every child who comes to the show a small book or toy by lottery It was also announced that a nice gift will be given in the form of a gift.

What kid could resist seeing an ad like this? At 3 pm on June 16, 1883, a children’s magic show began at the Victoria Hall theater in Sunderland, England. Place It was filled with about 1,500 children of all ages.

When the show began, no one in Sunderland, especially those in the hall, could have predicted that almost one in seven spectators would die. 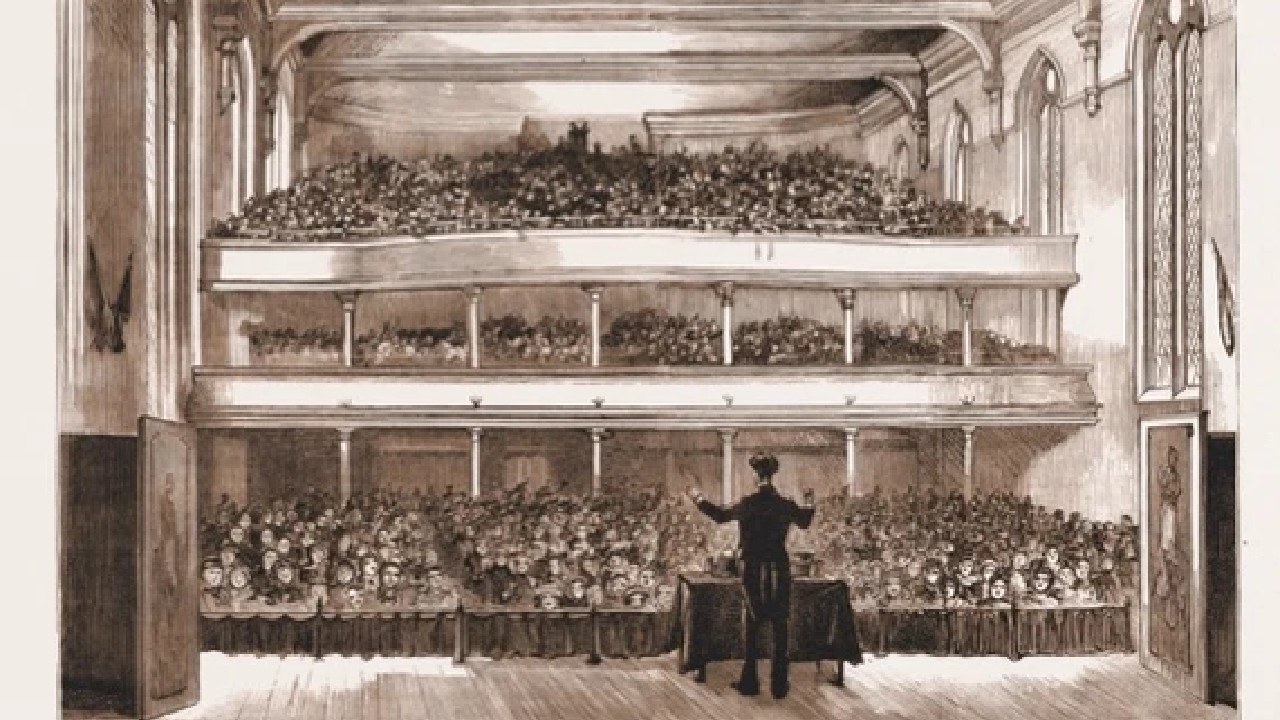 Almost all children the audience was very satisfied with the magic and the games. After the final show went smoothly, Fayler announced that they would be holding a raffle and giving away gifts to the winners.

Next they started throwing toys and candy towards the children. Everything was normal until now, but whatever happened has happened from now on. Because toys and candies were thrown only to the children on the ground floor, not those on the upper floor.

Naturally, the children on the upper floor suddenly jumped up in excitement and wanted to go down to the ground floor and get the presents. 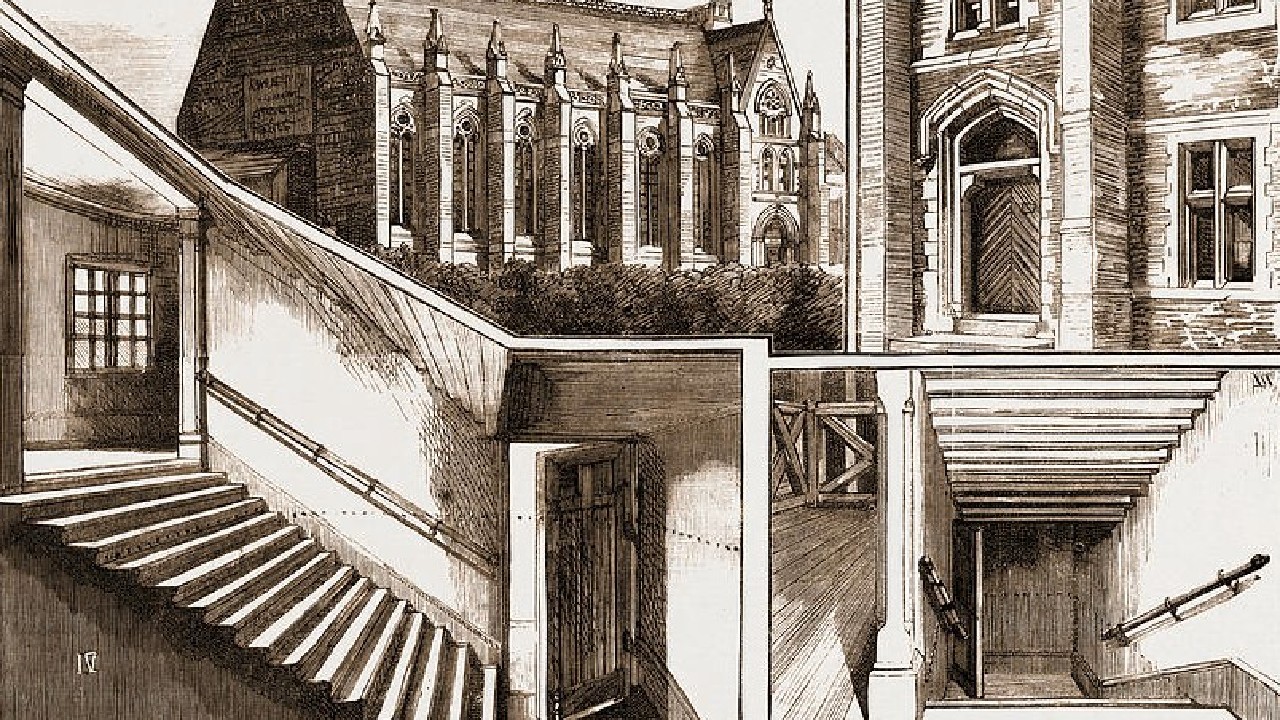 Ages 3 to 14 years old Hundreds of children began to descend the stairs en masse. The door at the end of the stairs provided access to the lower floor. That day, the door had been opened just enough for the children to pass, only 50 centimeters. The reason why the door was left open so much was probably to easily control the tickets of the children entering and to prevent confusion.

However, this narrow door has become a death trap. 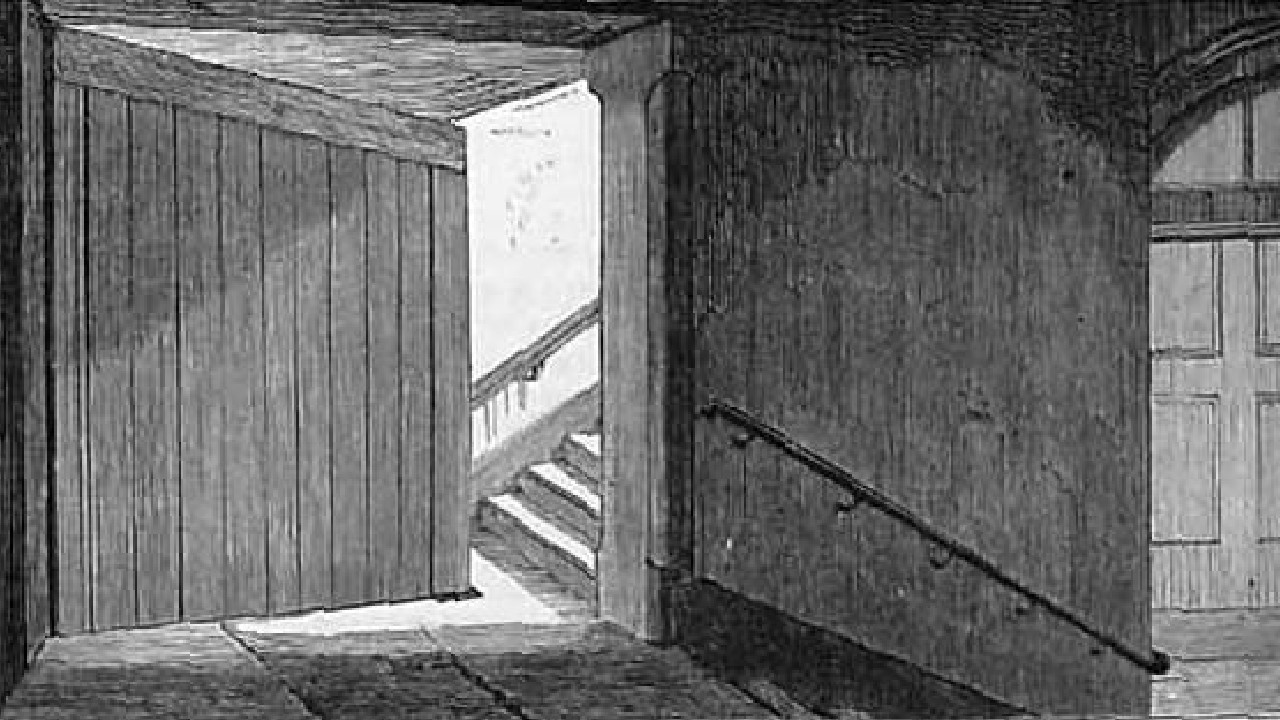 It wasn’t long before someone tripped and fell while the kids were trying to get inside quickly. While other children are pressing from behind, those in front began to fall on their fallen friends.

Within minutes, the children, who had fallen to the ground, were crushed by those above and began to pile up in the doorway. 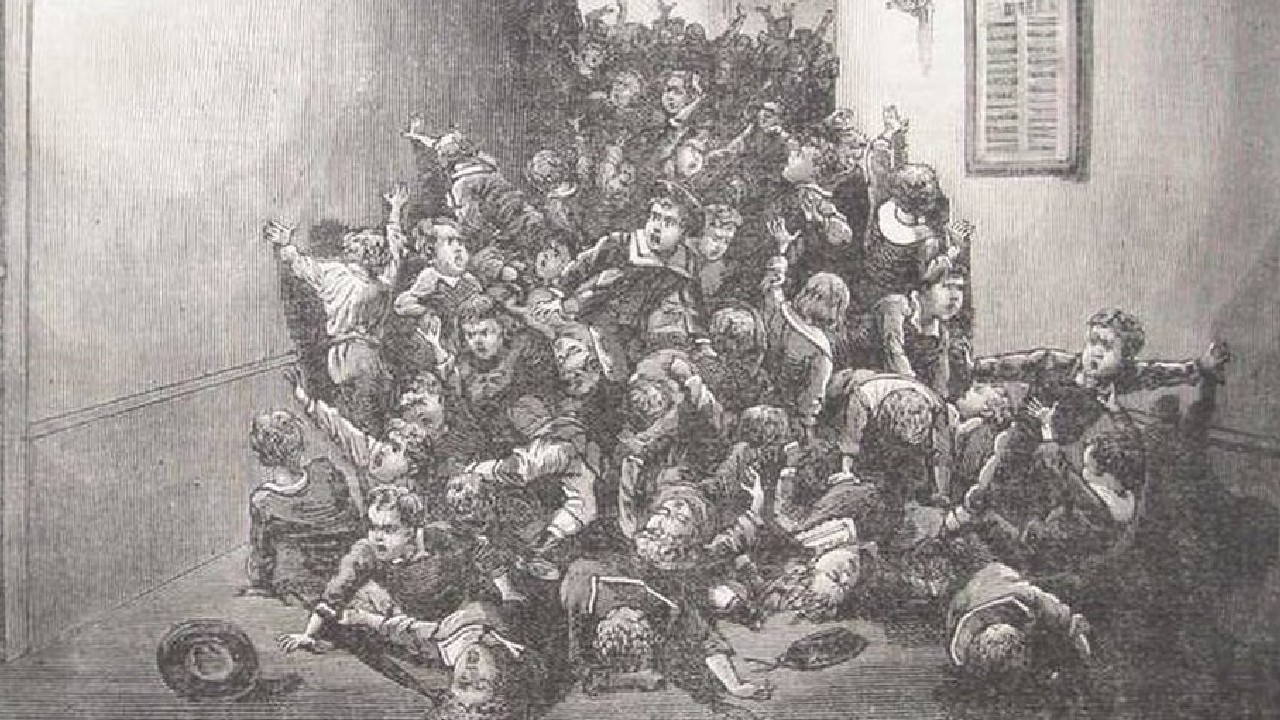 This dire situation was exacerbated by the fact that there was a turn on the stairs. As the children above could not see what was happening below, they tried to keep moving forward. This is the front and It caused the people on the ground to be squeezed even more and suffocated.

The theater keeper did his best to lure the children through the narrow opening to safety, but realized they were too stuck to free them. 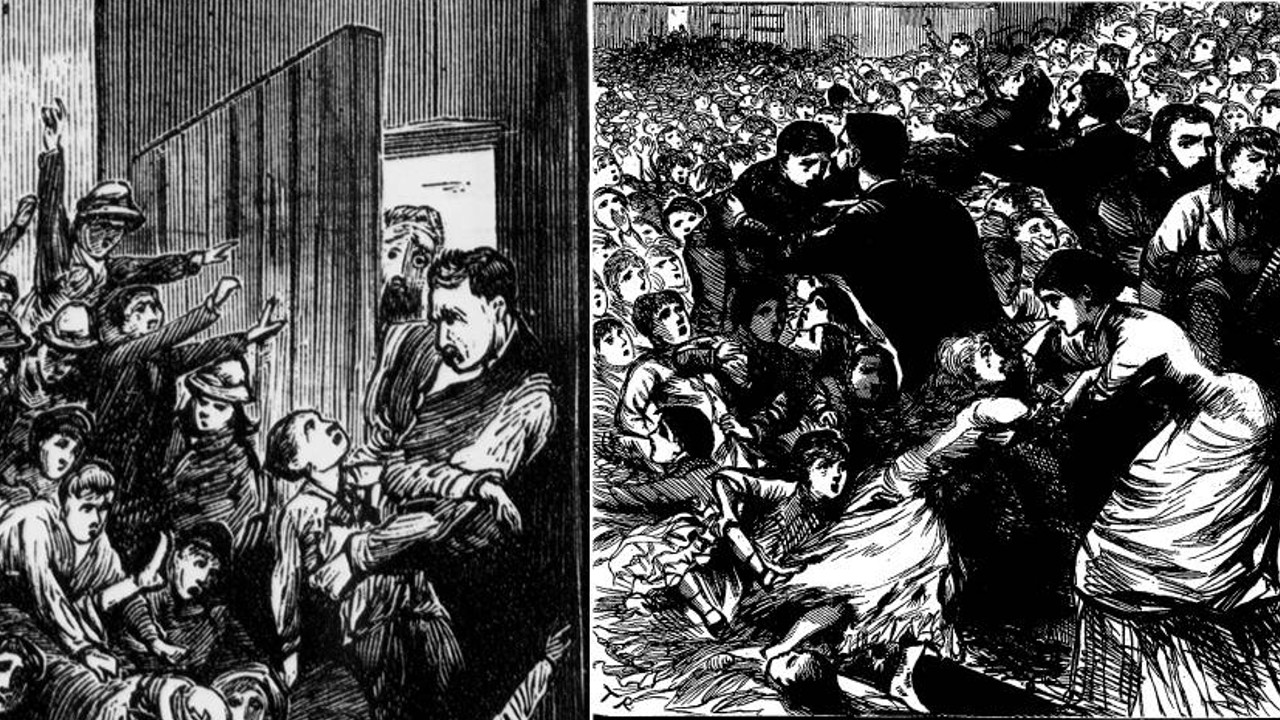 guard, so using another ladder he directed about 600 children there and averted a greater catastrophe.

After the children trying to get down from the upper floor were pulled back, the door was dismantled and within half an hour all the children trapped there, alive or dead, were brought out. in total 183 children died and the cause of death for most of them was either suffocation or crushing.

The incident had nationwide repercussions. An investigation into the disaster was soon launched, but no one to blame. 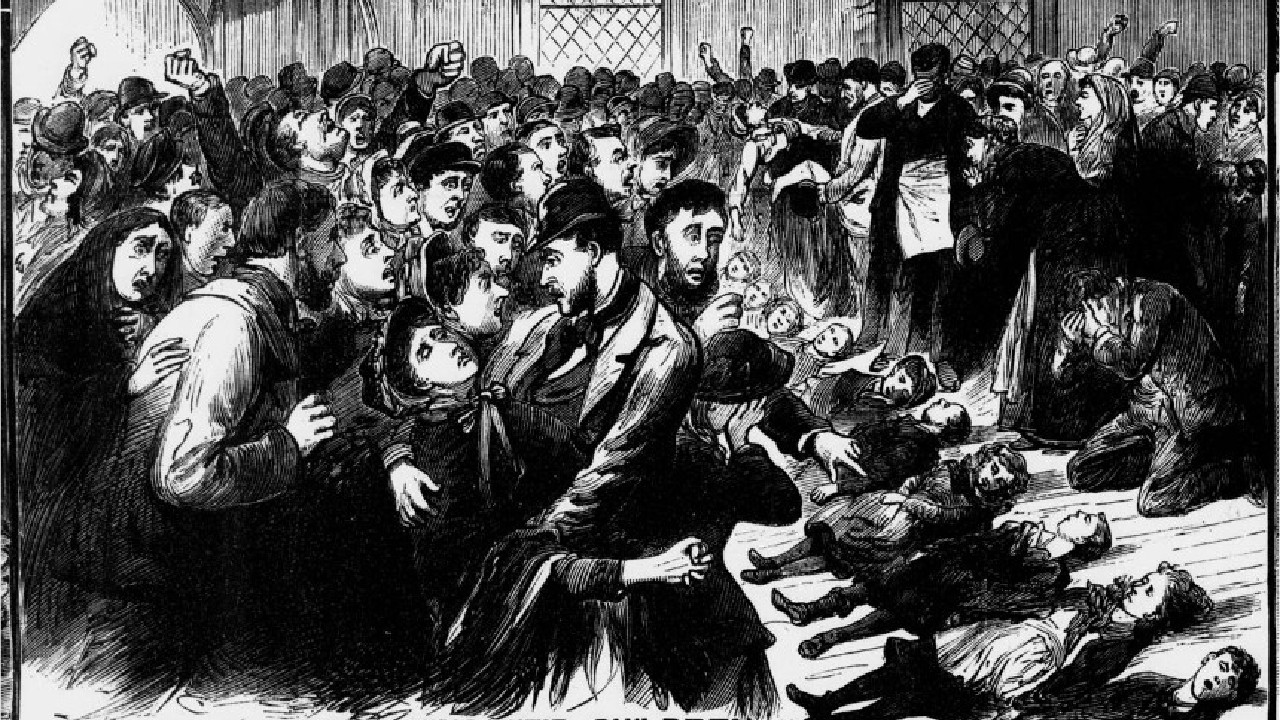 However, public anger did not subside and a second investigation was opened; the result was the same, there was no culprit.

No one knew who had bolted and closed the door to leave such a narrow gap. For those who show investigation opened however, they were not found guilty as a result of the trial. 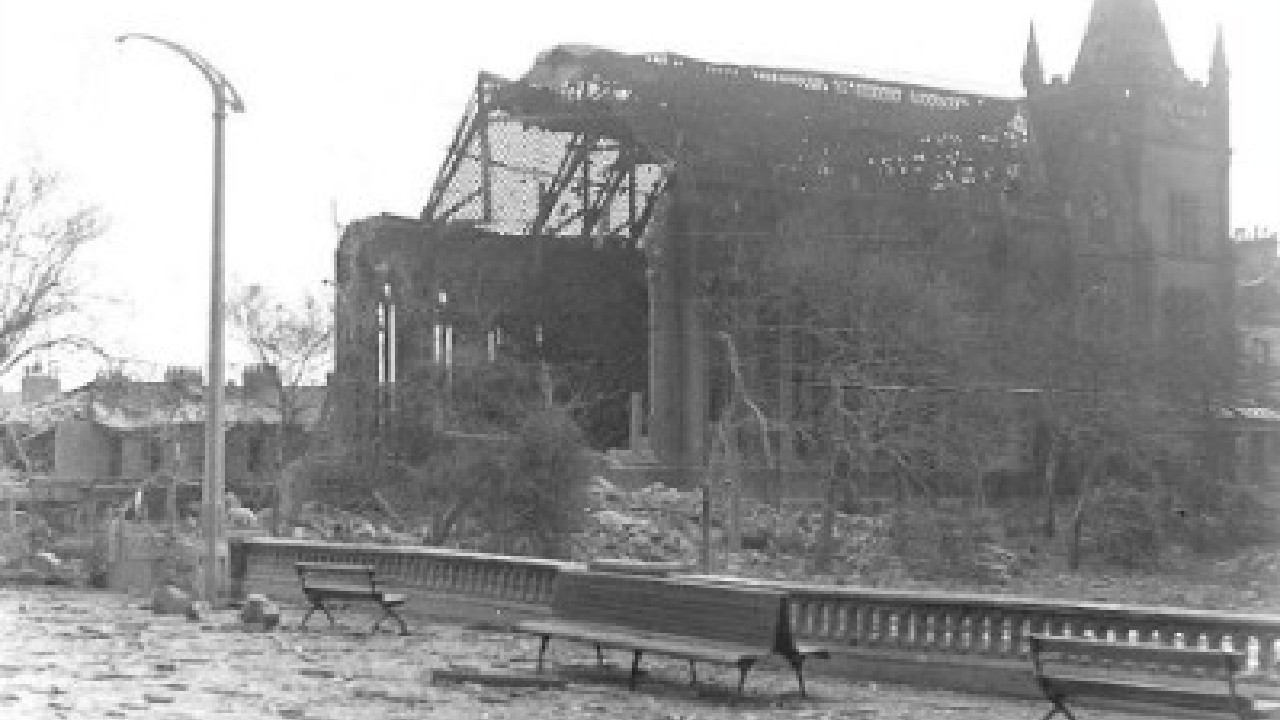 Despite the specter of tragedy, the theater continued to stand and operate for more than 50 years. Gift of jewelry Until it was destroyed by bombardment during the Second World War. 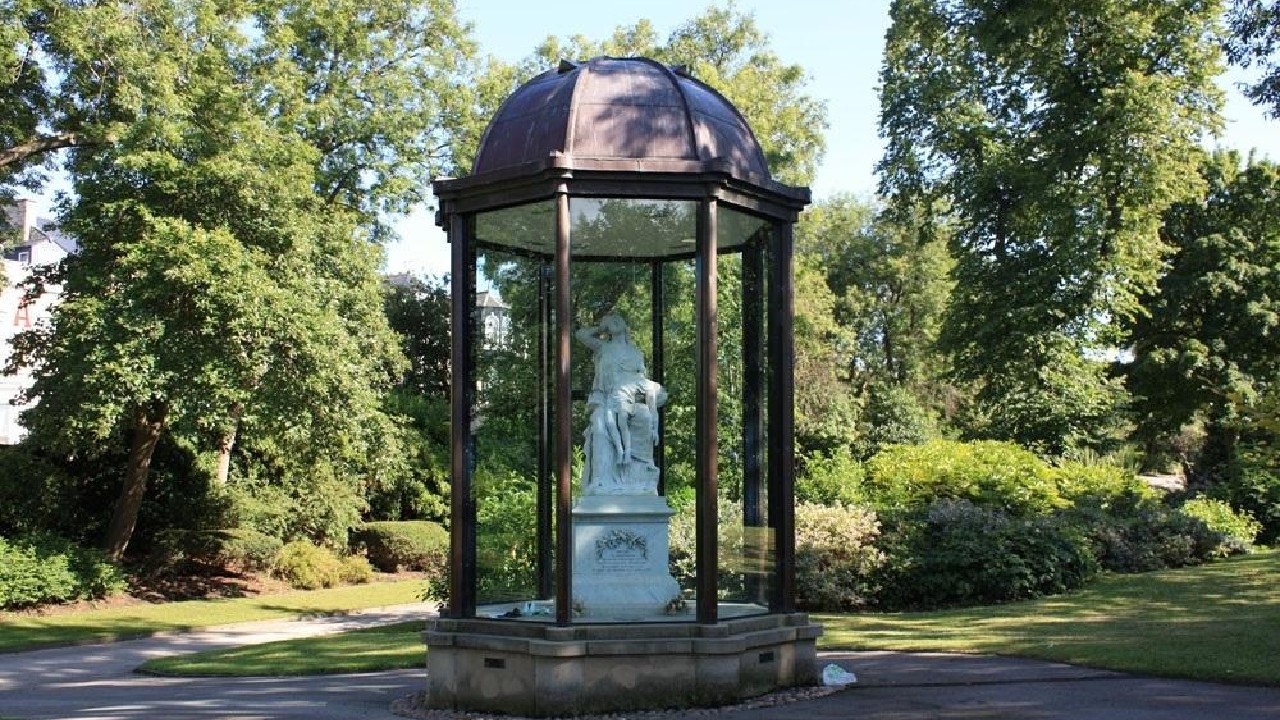 The Victoria Hall disaster has something to give us. 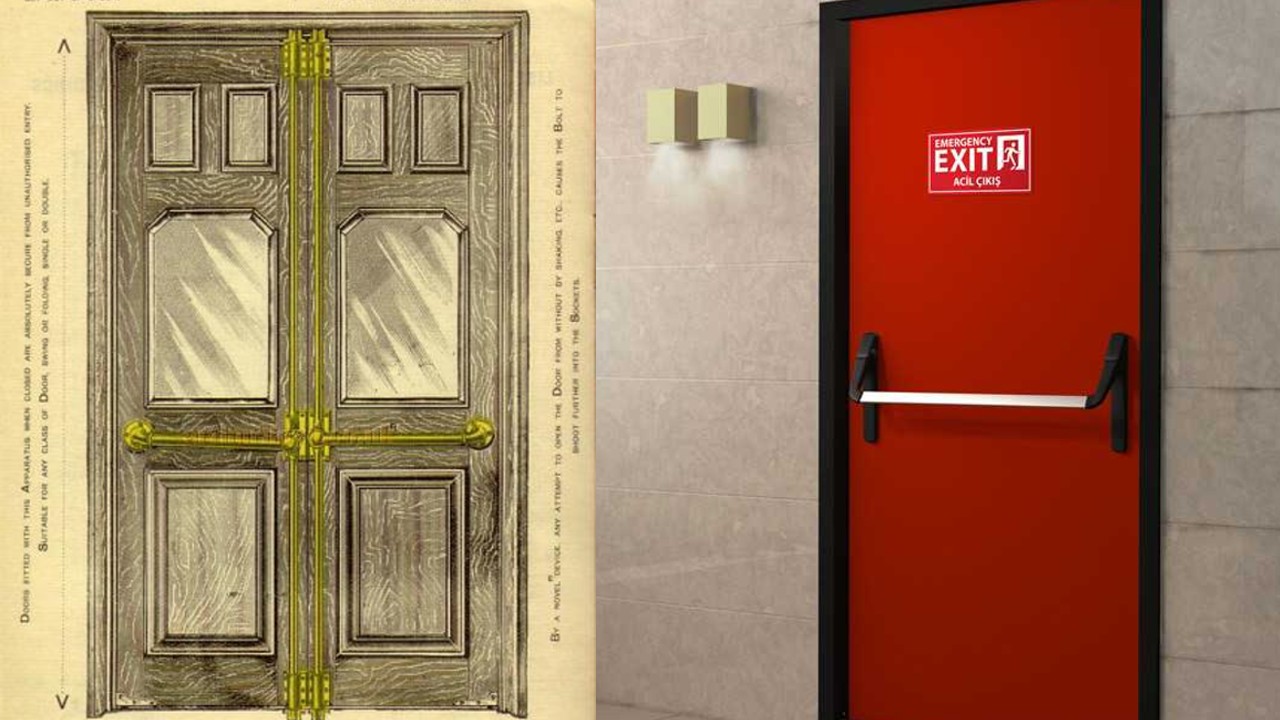 A young boy living in Sunderland at the time of the disaster. Robert Alexander Briggswas so shocked by the event that after becoming an engineer, he would keep a door secure from the outside so that such a thing would never happen again, but in the event of an incident he would a special bolt that will allow anyone to open the door easily received a patent for the type.

This bolt patent is nowadays It was the first version of the opening lever we saw at the emergency exit doors.. This bolt has saved thousands of lives since it was found. In this sense, perhaps hundreds of children’s lives could have been saved if there had been such a branch in Victoria Hall that day.