Berlin The preparations for the election of a works council at the plant of the US electric car manufacturer Tesla in Grünheide near Berlin have been completed. The employee representatives are to be elected on February 28. This was announced by the district manager of IG Metall in Berlin-Brandenburg-Saxony, Birgit Dietze, on Thursday in Berlin.

The trade unionist justified this by saying that the carmaker first filled the management floors and engineering positions. “Only gradually are the employees recruited for production, who will ultimately represent the majority,” said Dietze. The composition of the workforce will therefore change “significantly”.

Tesla employees had already initiated the election of a works council in November, although only a fraction of the planned employees were employed at that time. According to union information, between 2,000 and 2,300 people currently work on the site. In the future, around 12,000 employees in Grünheide will build up to 500,000 electric cars a year.

The start of production has been repeatedly postponed, but is now imminent. The first cars have already rolled off the assembly line in a test run.

Elon Musk wants to travel to Berlin in February

Tesla boss Elon Musk wants to travel to Berlin in mid-February, as he recently announced on Twitter. The CEO is closely monitoring the construction of the new factory and has already been there several times, including a so-called Gigafest in October.

IG Metall wants to represent as many Tesla employees as possible. The union has opened an office near the factory premises, Dietze said. “We are demonstrating to our colleagues at Tesla that we are ready to support you, whether it’s job interviews, employment contracts, working conditions or wages.” 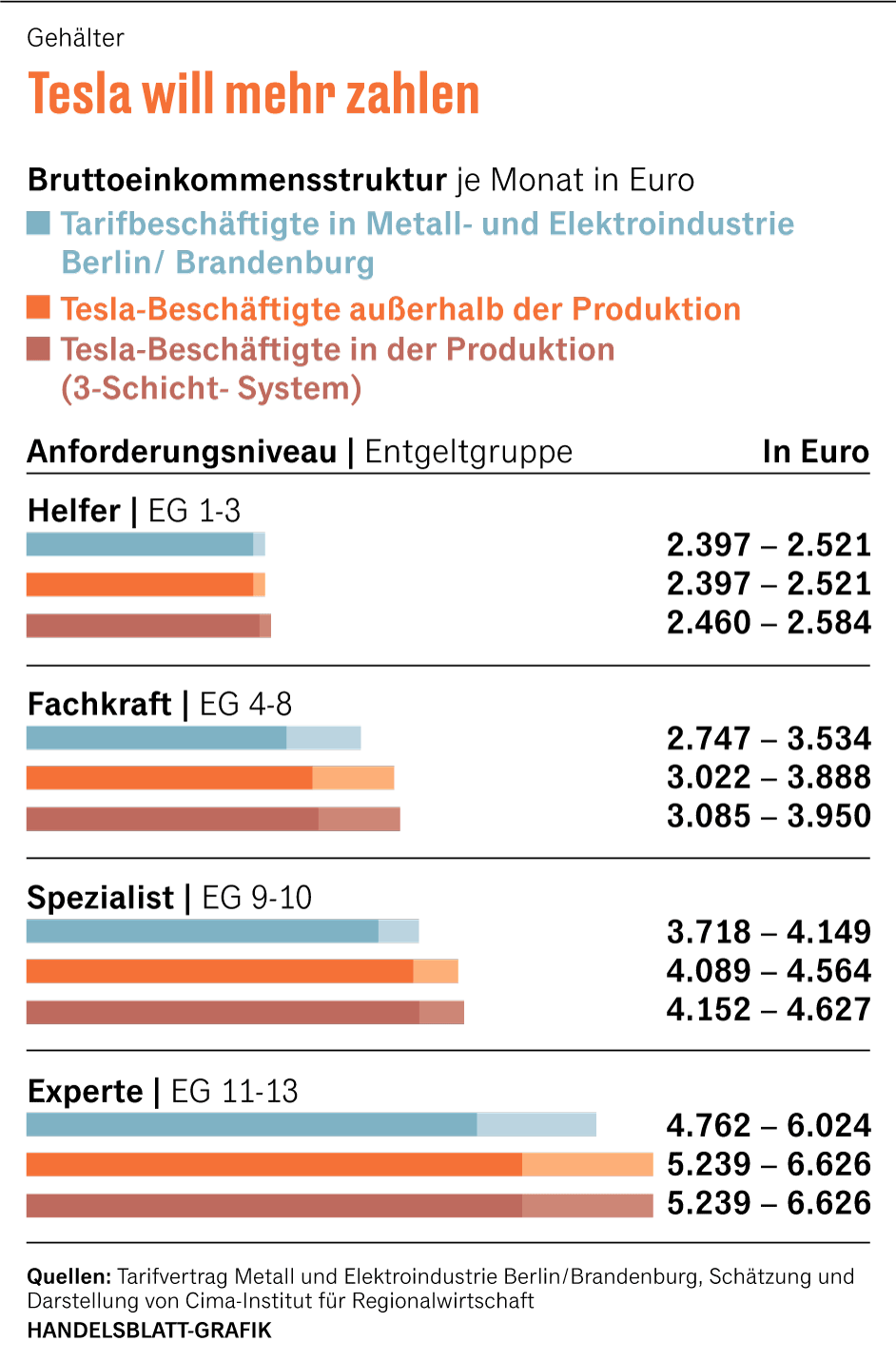 It is important to IG Metall that the works council speaks and acts for all employees, emphasized Dietze. In the coming months of ramping up production, a lot will have to be reorganized, explained the trade unionist.

“In order to be able to have a say in the organization of their working conditions, those who work on the machines in the new halls must also have a correspondingly strong representation on the works council.

More: The Tesla from Turkey – car project Togg dares the big appearance at the CES

The first trailer of Three Thousand Years of Longing, which returns the director of Mad Max: Fury Road, George Miller...