Frankfurt Next step in the planned sale of the DB subsidiary DB Schenker. On Wednesday next week, the supervisory board of Deutsche Bahn will most likely instruct the board of directors to prepare a sale of up to 100 percent of the shares in the logistics subsidiary. This emerges from documents for the meeting of the control committee on December 15th.

A decision that Schenker will actually be sold, but will not be made, can be heard in the environment of the control committee. A spokeswoman for Deutsche Bahn did not want to comment on the information on request: “We do not comment on supervisory board documents as a matter of principle. There is currently no decision to sell DB Schenker.”

In September, the government had agreed in principle to sell Schenker. Deutsche Bahn is heavily in debt, but at the same time the state-owned company has to improve the ailing rail network. Accordingly, the control body justifies its mandate to the Executive Board. It is pointed out that Deutsche Bahn should primarily strengthen the railways and bring more traffic from the road to the tracks. To do this, the infrastructure would have to be expanded.

In the eyes of the inspectors, DB Schenker does not contribute directly to this strategy. With its 75,000 employees worldwide, the company is active in logistics on the road. However, the supervisory board points out that Schenker, with its strong results, is financially very important for the state-owned company. In the first half of 2022, Schenker generated earnings before interest and taxes (EBIT) of EUR 1.2 billion and ensured that the group was able to achieve an overall positive operating result of EUR 876 million.

In the eyes of the inspectors, a sale must create more value overall than the regular profits. That means: If Schenker is sold, then only at a high price. Most recently, the volume of such a deal was estimated at 15 to 20 billion euros.

DB Schenker: The sale will probably take some time

A short-term separation is therefore unlikely to be realistic. Because the financing markets are currently very restrictive. However, financial investors cannot finance such a large chunk like Schenker entirely from their own resources. They are an important bidding group. According to information from financial circles, several consortia have formed with Carlyle and CVC, Advent and Bain, and Blackstone is said to be among the interested parties. 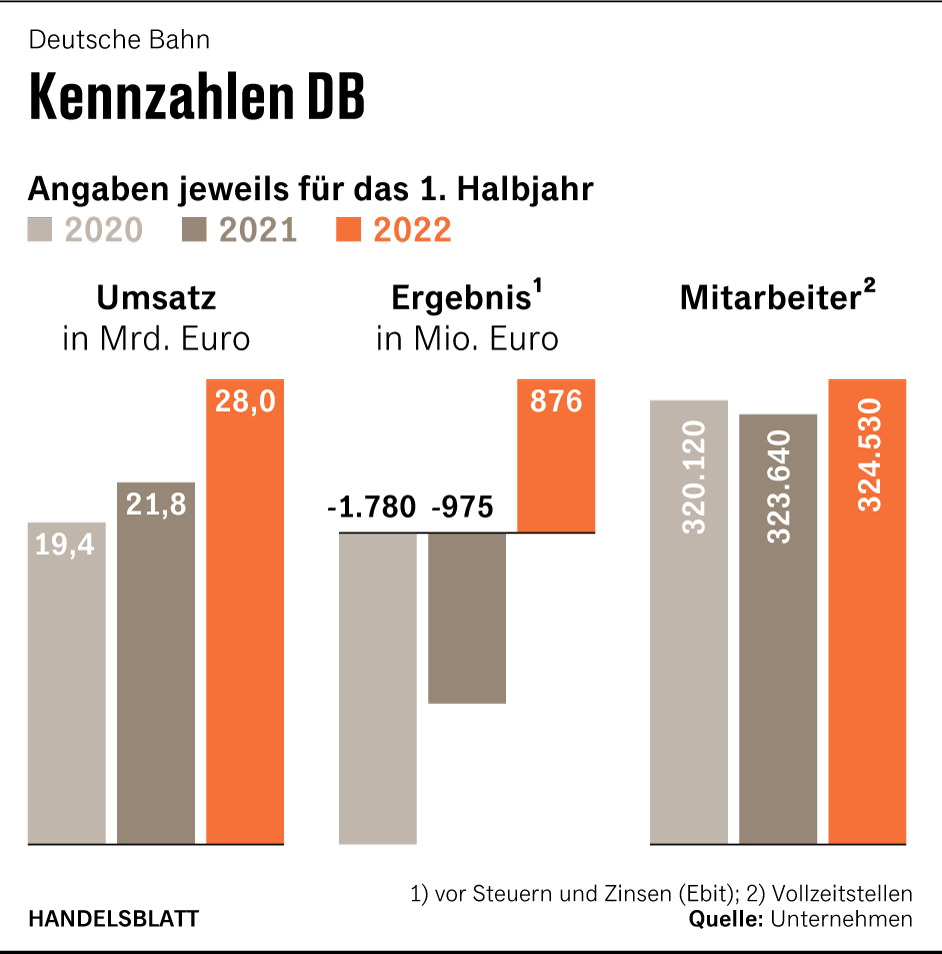 Strategic bidders should find it easier to get financing. Because of their better ratings, they can also finance larger acquisitions. Traded in financial circles are DSV, Maersk, Kuehne + Nagel and Deutsche Post. So far, however, none of the potential bidders has commented on the subject of the Schenker sale.

However, the federal government, as the owner of Deutsche Bahn, would do well to wait until the general conditions are better again and there is stronger competition between interested parties. Insiders therefore do not rule out that a transaction will not take place until 2024.

Where the proceeds from the sale should go is already being intensively discussed in the industry. Deutsche Bahn’s competitors are demanding that the money be put into the network via a rail infrastructure fund. On the other hand, the railway can use the proceeds to pay off debts. This in turn would reduce financing costs and thus increase the scope for investments.

More: 500 participations all over the world, only chaos at home – calls for sales by Bahn are getting louder