In July, thousands of flamingos lost their lives due to the ‘drying out’ of Tuz Gölü; Konya Governor’s Office launched an investigation for this incident. A statement came from the governor’s office after a wildlife watcher wanted to learn the details of this investigation.

Salt Lake, one of the most beautiful lakes in Turkey, was a first degree natural protected area 6 months ago. dried and this tragic event caused thousands of flamingo cubs to die horribly. After the event was heard on the social media and received a great reaction, the Governorship of Konya made a statement and a special commission was formed to deal with the death of the puppies. investigation announced it was launched. However, like most of the events that we humans cause in our country, this issue was somehow forgotten.

Seçkin Barbaros, a wildlife watcher, reached the Governorship of Konya via CIMER to find out the cause of the death of approximately 5 thousand flamingo cubs and the details of the investigations. The response given to Barbaros from the governor’s office regarding the slaughter of flamingos “climate crisis” it happened.

Unconscious irrigation practices were cited as reasons for flamingo deaths and the drying up of Salt Lake.

In his application, Barbaros was dismissed from the governorship. “Have the responsible persons been identified within the scope of the said investigations? Have any criminal sanctions or investigations been applied to the persons responsible? Will the review be shared with the public? In order to prevent the events that caused the death of flamingos from happening again, necessary precautions Has it been taken?” asked for answers to his questions. The response from the governor’s office was as follows:

“According to the pathological results of the samples taken from the crime scene, it was understood that there was no poisoning. In the report prepared by the Investigation Commission; global climate changeTurkey is making itself felt in our country and especially in the Konya Closed Basin, that the global climate change and increased evaporation have also had an impact on this event in the Salt Lake, and for these reasons, the water problem in the basin negatively affects the flamingos, which need water and food in order to maintain their vitality. It was stated that a certain number of flamingo deaths were observed as a result of nutritional deficiency and natural selection.

At the time of the incident, farmers who were farming in the region cut the water flow to the lake with dams for flamingo deaths, and wrong irrigation practices reason was given. A month ago, terrible images came from the Konya Plain, which covers 20 percent of the country’s agricultural areas; It was reported that the plain was about to collapse due to the gigantic sinkholes caused by the illegal and unconscious use of groundwater by the farmers.

Lakes are drying up, Konya Plain is on the verge of collapse 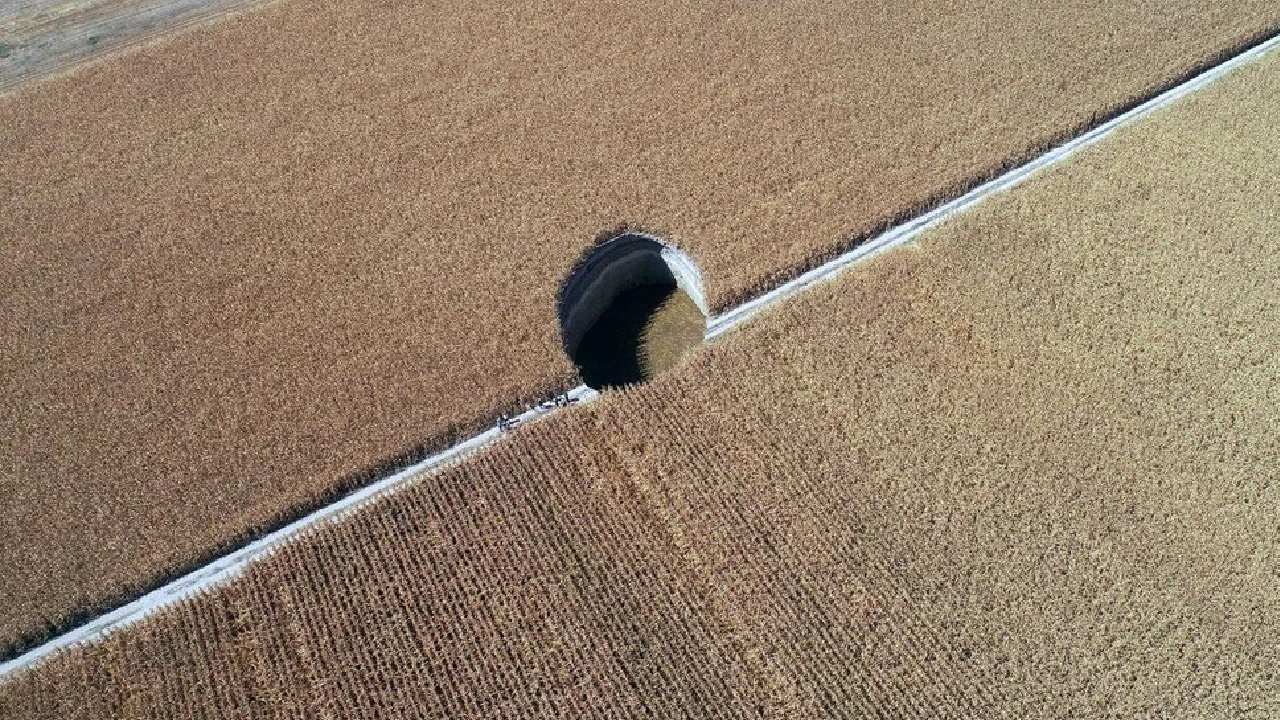 In the past days, the “Report of the Parliamentary Research Commission, which was established in order to determine the measures to be taken for minimizing the effects of global climate change, combating drought and efficient use of water resources”, which was created in the Grand National Assembly of Turkey, was announced; In the event that urgent measures are not taken in the 860-page report, Eber, Akşehir, Burdur, Kulu, Bolluk, Beyşehir, Eğirdir and Tuz Gölü are covered. by disappearing reportedly faced. With each passing year, the groundwater level in the Konya Plain more than 1 meter In the report, which states that it is falling, “Meke Lake, which is defined as the evil eye bead of the world, has dried up because the underground water level has decreased, the water level has dropped at least 20-25 meters in the sinkholes in the Konya Plain, and there is no water in most of them. was recorded as.

On the other hand, at this point, it is clear why; not only causing the death of innocent creatures, but also not taking any measures for this event, which will soon negatively affect those who exploit the groundwater for their own benefit; moreover, by calling it ‘climate crisis’ as if the reason was not us humans again. trying to cover should also be mentioned.

Drought in Salt Lake is on the World Agenda: State of Lakes Worrying

Although the climate crisis has been affecting the whole world for a long time, the reason for such a mass and sudden massacre cannot be just the climate crisis; that speeds up the process external factorYou don’t need to think too much about it to understand what it should be. The authorities who can put a stop to this do nothing; address such preventable issues as if your climate crisis, which is an extremely serious matter, is a trivial thing. cover Its use is another matter. As you can see, no matter what anyone says, humanity continues to go blindly towards the biggest mass extinction in history, namely its own end, due to its selfishness, and it looks like it will continue in this way.

Ozzy Osbourne's NFT collection caused many of his followers' crypto wallets to become empty when CryptoBatz's Discord link changed and...