Berlin Artificial intelligence (AI) is considered a key technology that could be used practically anywhere. So far, however, only a few companies have used the technology. Many find it difficult to transfer the theoretical possibilities of AI to concrete applications. A Bitkom survey shows that there is often a lack of human resources, skills and data.

The Berlin start-up Levity wants to help medium-sized companies to use artificial intelligence for their own business. “We saw the opportunity to set up a modular platform,” says company co-founder Gero Keil. With Levity, even non-technical users should be able to automate a process more easily – without much prior knowledge of programming. In the industry, such offers are therefore referred to as “no code” technology.

Levity founder Keil and his comrade-in-arms Thilo Hüllmann primarily want to win over companies with 50 to 1,000 employees in which there are already established processes.

What does Levity do?

However, the application examples can also take on tasks that are too complicated or unpleasant for humans: A customer examined countless samples of dog excrement under the microscope for worm eggs, says company founder Keil.

The photos from the microscope were analyzed using Levity. “Previously, the process was completely manual and there was a high turnover of employees, who normally had to watch the rehearsals all day long,” says Keil.

How big is the potential?

The market research institute Gartner expects that by 2025 around 70 percent of all new applications developed by organizations will use low-code or no-code technologies. In 2020 it was less than a fifth.

However, it’s difficult to say how much of that growth will come from so-called “no-code” technologies, such as those offered by Levity. Because these are not shown separately. “No Code is about empowering people to do something they couldn’t do otherwise,” explains Keil. Low code, on the other hand, is primarily intended to make programming easier for software engineers. In market forecasts, both categories are often combined.

But one thing is certain for Gartner analyst Milind Govekar: silo thinking in software development should become obsolete. Levity should also benefit from this.

What do investors say?

Just last October, Levity received $8.3 million in seed funding. At that time, venture capitalist Balderton also came on board. “No code or low code bridges the gap between scarce technical expertise and the rapidly growing demand for the automation of business processes,” Balderton investor Shikha Ahluwalia is convinced. 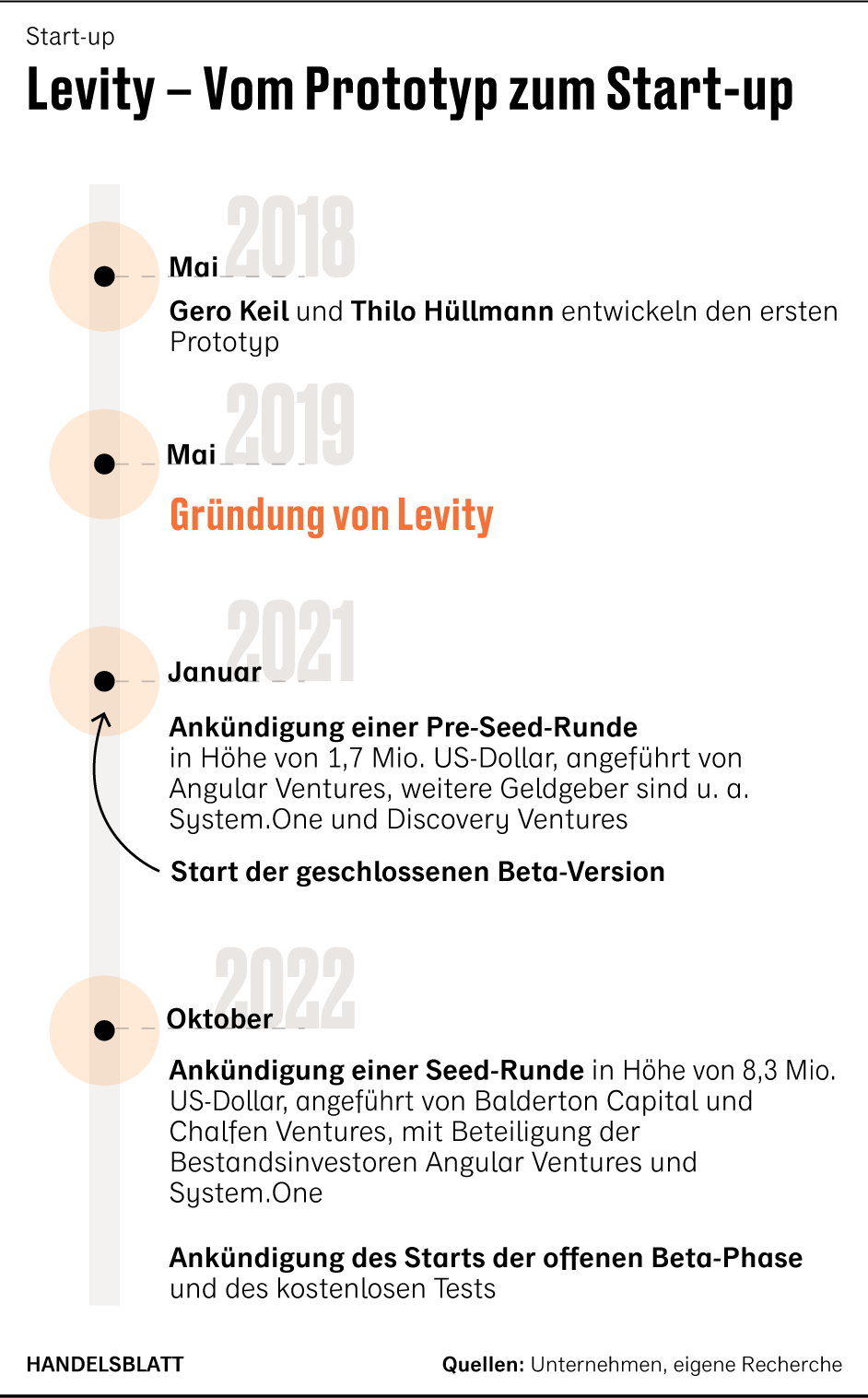 Levity has a “holistic view of processes” and can thus map a wealth of complex use cases when dealing with unstructured data. In the future, an IPO is also conceivable, reveals founder Keil. “In the long term, our ambition is to go public.”

Who is the competition?

“Our biggest competitor is the attitude of people who don’t think processes need to be automated,” says Levity founder Keil. But even in day-to-day business, the number of competitors who are trying to attract customers with no- or low-code applications is large. One of the most established is the US start-up Airtable, which has since raised around $1.4 billion in venture capital from investors. The no-code provider Softr, which like Levity comes from Berlin, has recently grown and collected more than 13 million dollars at the beginning of the year. The start-up Seatable, on the other hand, wants to build the Excel of the future with its low-code approach.

Cryptocurrency one of the most important actors of the US mainstream media, which makes striking news about the Wall Street...