Titan, the largest moon of Saturn, resembling Earth in appearance, was first imaged by the James Webb Space Telescope. Scientists aim to obtain new clues about the mystery of Titan with observations.

Launched into space in December 2021 and started operations in the summer James Webb Space Telescopecontinues to send images from our own star system along with the depths of space. The telescope recently imaged Titan, Saturn’s largest and most unusually visible moon.

Titan, the most interesting moon in the Solar System, caught the eye with its unusual colors in James Webb’s image. by many ‘World in alternate reality This is the new image of Titan, known as:

Titan as seen by James Webb: 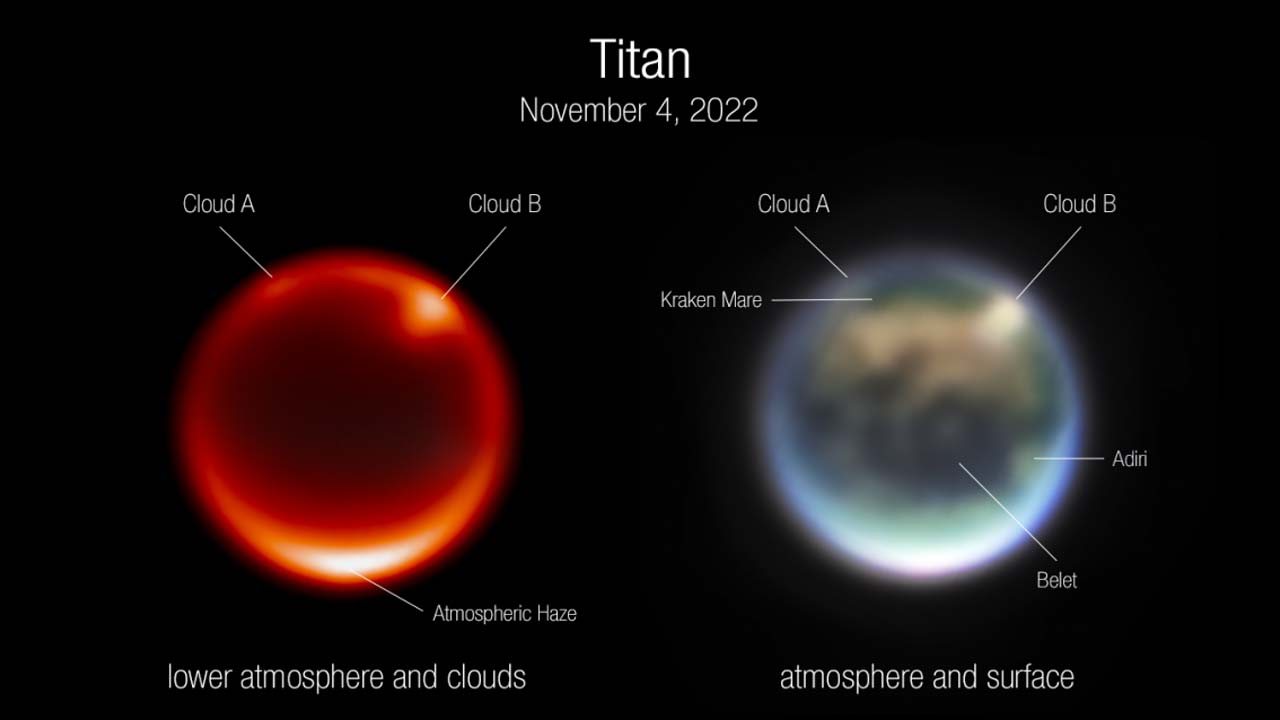 Titan, as you can clearly see in the photos Earth-like structure seems to have it. But there is actually a big difference between the ‘water’ we see on Titan’s surface and the water on Earth: The clouds, seas, lakes and rivers on Titan are not actually water. These are a mixture of liquid methane and ethane.

James Webb will send data from the Titan satellite in the coming months that we have never been able to reach before. This data to be obtained with MIRI equipment May-June 2023 is expected during the period. The data will provide important information about the gas in Titan’s atmosphere, as well as provide clues as to why Titan has such a dense atmosphere.

Why couldn’t James Webb, who was able to observe even the first galaxies of the universe, clearly observe Titan at the tip of our noses?

As you can see, the Titan photo is not very clear. Okay, so the James Webb Space Telescope, which can observe galaxies billions of light years away, cosmically sees Titan or other planets at the tip of our noses. Why can’t it view the planets clearly? We explained the answer to this question in our content, where we presented the first Mars photograph taken by James Webb. You can click the link below to have a look.

The First Mars Photo By James Webb Has Been Shared

Why Jupiter Doesn’t Have Massive Rings Like Saturn Discovered