The elements that video game lovers desperately chase in games, try hard to find, and that the developers hide in the game are called easter eggs. Although these easter eggs mostly contain fun materials, some of them can be sad enough to make us question life…

Luckily, sad easter eggs are pretty rare compared to fun or sending-in ones. Therefore, it was not difficult to choose the saddest ones among them. (Let’s warn before we go to the list, the events we have listed may contain spoilers.)

Far Cry 5 is the most authentic game in the series with its open world and music. With this game, the ‘comrade’ mechanic came to the series. In the open world, we were able to encounter certain NPCs and move with them. One of these comrades The brave dog was Boomer.

If you know the end of Far Cry 5’s story, you can predict Boomer’s fate. Our dear friend in Far Cry: New Dawn, which tells 17 years after the events of Far Cry 5 We can find Boomer’s grave.

Marvel’s Spider-Man: The marriage proposal put into the game does not work 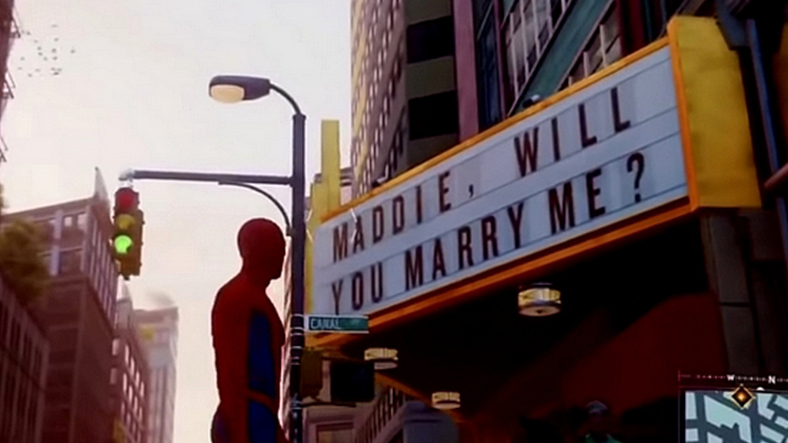 In fact, the easter egg itself is not sad, it is a joyful thing, but the events that followed are quite sad. Shortly before the release of Marvel’s Spider-Man, a man makes a Twitter call and tells his girlfriend states that he wants to make the marriage proposal in the game.

On top of that, the game’s developers put it on a movie sign. ‘Maddie, will you marry me?’ he is writing. However, shortly before the game’s release, this person being cheated on by his girlfriend, as well as with one’s older brother. Of course their relationship is coming to an end but We can still find the marriage proposal in the game.

Dead Island: The room of the nuclear family that is prey to the zombies in the trailer

The trailer of the second one, which created great excitement, but was never released, was the first game of Dead Island, which also managed to garner great acclaim with its trailer. In fact, it would not be an exaggeration to say that it is the saddest trailer in the history of the game. The saddest thing is, You can also find the family in the trailer in the game.

In the remake of Resident Evil 2, we meet a character called Kendo. This character your daughter who has turned into a zombie Our character begs Leon not to kill us. Resident Evil 3 Remake is prequel to 2, so we can see the story of Kendo character and his daughter before.

In Resident Evil 3 Remake we can revisit Kendo with Jill and We can see her daughter before she was fully transformed. Kendo has a truly heartbreaking story.

If you played the first Red Dead Redemption, Bonnie McFarlane You know how big of a role his character plays. Unfortunately, we can only see this character physically in Red Dead Online in the second game.

However, it is possible that we can find Bonnie’s ex-husband, whom she talked about in the first game, in the second game, but it is an interaction that is very easy to miss. When you see a dead body from afar while strolling on the beaches around Flat Iron lake, you get close and try to loot it. not actually dead We see.

Himself in our hands a letter suffocates and dies on the spot. When we read the letter, we see that it is a letter written to Bonnie by her ex-husband. How much is the letter itself? he says he’s sorry and he says he would sacrifice everything to make things right.

Batman Arkham City: You can revisit the street where Bruce Wayne’s parents were killed

Almost all of our favorite and popular superheroes have a tragic backstory, Batman being one of them. As you know, when Bruce Wayne was a child, his parents were in an alley after the movie theater. they are shot to death.

In Batman Arkham City, go to this alley and find Bruce Wayne’s parents can see lanes and you can honor them.

The character Evan, which you can come across in Fallout 4, is Reddit user NoohjXLVII. It is a reference to his deceased brother Evan. Bethesda would send out a supply pack containing Fallout items shipped as a way to support the two brothers after their father died.

However, Evan passed away before the package could be delivered. Bethesda sends Evan to a game that watches far into the game’s Nuka-World area, giving a free item when interacted with. Added as NPC. Thus, Evan could live in the game he loved forever…

We know the game from Splinter Cell in a mission of Ghost Recon: Wildlands. legendary agent Sam Fisher is also included. As soon as we enter the mission, a cutscene enters and Sam Fisher from Solid Snake “There was someone else wearing an eye patch or bandana, what happened to him?” she asks and “I heard he is retired” gets the answer.

Fisher, “Then it was just me‘ he says and dives away. So that the two greatest agents in the history of the game are respectful to each other. say your goodbyes we are watching, it is impossible not to get emotional…

On the Call of Duty: Modern Warfare 3: Sanctuary map, you can hear the voices of the family killed in the terrorist attack

Call of Duty has always managed to be a game that shows the heavy effects of war on civilians. Such is the case in Modern Warfare 3. In the London part of the game, just before a chemical attack, a family watching vacation footage And we face a bitter end. In Sanctuary, one of the game’s multiplayer maps, this family possible to hear their voices.

Battlefield 1: Crying baby and his mother trying to silence him

Battlefield 1 is the only game that takes the subject of World War I and can pass the emotion to the player so much. You may not have come across the chaos created by the sounds of tanks, rifles and cannonballs in multiplayer maps, but one of the DLC maps At Prize De Tahure There is a gruesome detail.

When you enter the bottom of the door inside the building you will see on the map, in the video. you can hear the voices of a crying baby and a mother trying to silence her so that they have no place. War is a really bad thing.

Rainbow Six Siege: Emotional gesture from the developers on behalf of the deceased player

We know you’re surprised to see a sad easter egg from Rainbow Six Siege. On the ‘Theme Park’ map, in a game machine that you can find at the entrance of the building, you are a staunch fan of the game but unfortunately a player who lost his life has the username ‘bostonbearjew’ and his score. You can find the relevant Reddit page here.

GTA 5: The dog that goes to its owner’s grave every day

Although GTA 5 is a game full of absurd comedy elements, there is an easter egg in it that is heartbreaking when it comes across. If you are in the Los Santos cemetery during the day, you may come across a Terrier dog. If you follow this dog, You will see him go to the grave of his dead owner and sit there waiting.

The Players Cry, Too… The Emotional Music of 20 Legendary Plays That Will Bring Stones to Turkish Drama Series