SPD and Union continue to go head to head

Stockholm It is an unfamiliar role that Erna Solberg finds herself in these days. The conservative Norwegian politician has been ruling her country for eight years. The Prime Minister was popular, valued for her mostly level-headed manner, and successfully led her center-right minority government through several crises despite the difficult parliamentary situation.

The parliamentary elections are due on Sunday and Monday – and thus probably the end of their term of office. Her victory mark on some election posters of her party Højre doesn’t help either. In almost all election polls, Jonas Gahr Støre’s opposition Social Democrats are well ahead of Solberg’s Højre party. A change of government therefore seems likely.

Should it come to that, the last northern European country will also be under social democratic leadership. “It would be the greatest sensation in Norwegian history after 1945 if there is not a change of government,” Svein Tuastad, political scientist at the University of Stavanger, told the TT news agency a few days ago.

However, regardless of the outcome of the elections, the government negotiations are likely to turn out to be very complicated. According to the latest polls, the Social Democrats will be the largest party with 24 percent of the vote, but they need coalition partners.

And, similar to Germany, the problem lies here: because the potential partners such as the Greens and the Center Party are far apart on important issues. This also applies to Solberg’s possible coalition partners from the center-right spectrum. This is why political scientists like Bengt Aardal believe that extremely tough government formation negotiations are imminent.

The parties are particularly divided on one of the most important election campaign issues: the question of how the oil and gas country Norway should deal with climate change. At the beginning of last month the Intergovernmental Panel on Climate Change (IPCC) published its conclusion on the consequences of global warming and predicted that the earth would warm up by 1.5 degrees as early as 2030. This news changed the election campaign in Norway abruptly. 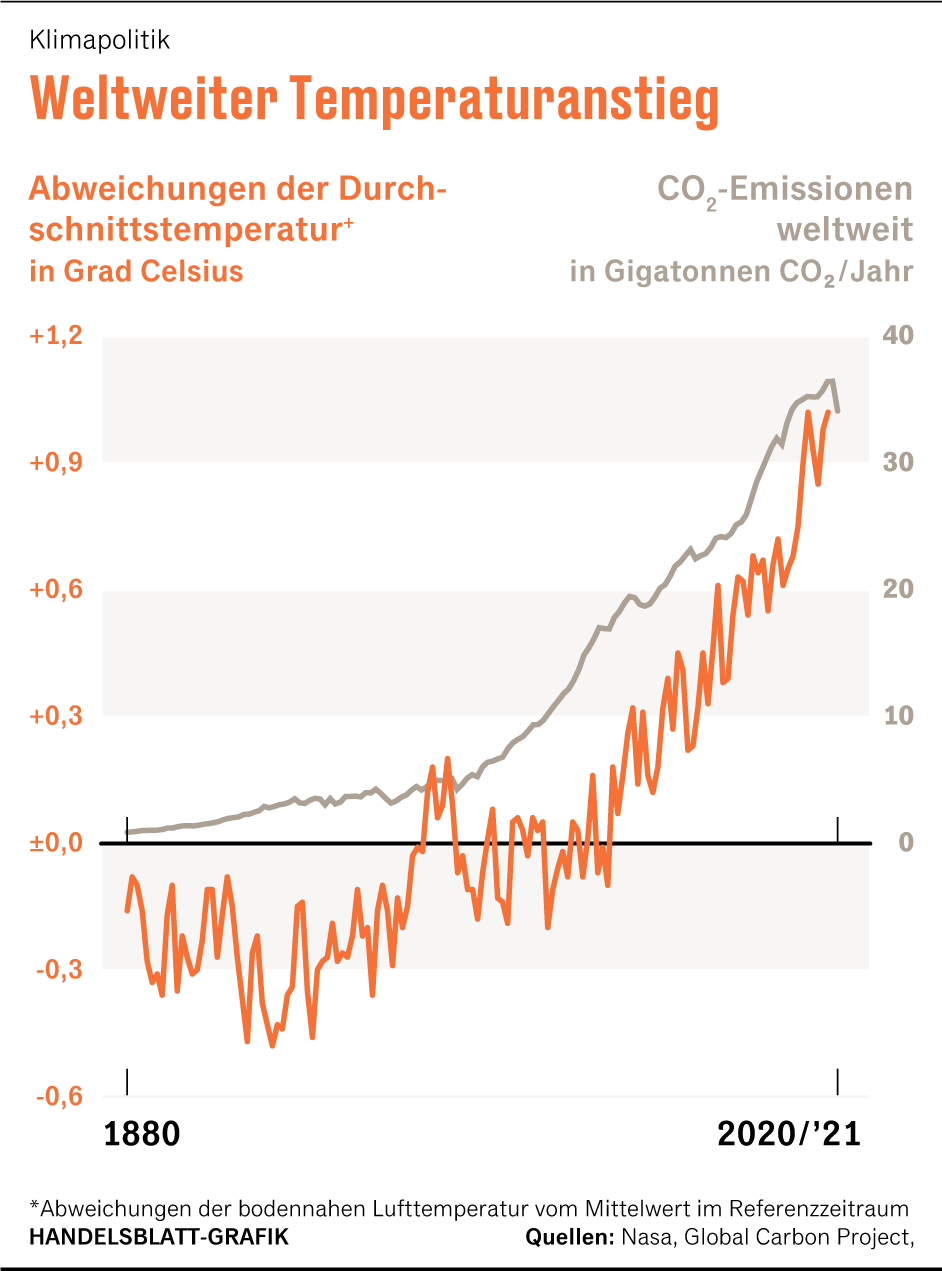 Because once again, many Norwegians realized that on the one hand their country is one of the pioneers in electromobility and relies almost entirely on hydropower and wind energy in electricity generation, thus dispensing with fossil fuels. On the other hand, the country is one of the world’s largest exporters of oil and gas and thus contributes to considerable CO2 emissions.

Suddenly the approval ratings of the parties that have climate protection as one of their most important tasks rose. The Greens, the social-liberal party Venstre, the socialist Left Party and the left-wing party Rødt (Red) benefited in particular. They are all possible coalition partners of the Social Democrats.

Social democrats and the bourgeois camp immediately emphasized that they too want to reduce funding in the long term, but the exit target has been postponed far into the future.

Jonas Gahre Støre recently emphasized once again that he would not comply with the Greens’ demand to get out of oil production as soon as possible. “Then the Greens can support Erna Solberg,” he said defiantly, but at the same time emphasized that his Social Democrats would not approve the development of completely new oil fields.

The fact that the question of oil production and climate protection are among the most important issues in the election campaign is due to the importance of this industry for the country with 5.3 million inhabitants. Around 200,000 people are employed in this branch of the economy.

The income from oil and gas production has been flowing into the oil fund for decades, which is intended to secure the welfare state for future generations. This largest sovereign wealth fund in the world now manages more than one trillion euros.

It is initially surprising that Solberg will likely be replaced after eight years in government. Because actually she has only made a few mistakes. The tough course with many restrictions in the corona pandemic was supported by a large majority of the population. The country also got through the crisis relatively well economically. Presumably, according to Aardal, voters simply want a change after eight years.

If in the end it was not enough for a red-red-green alliance, the SPD had no potential for blackmail, the...