Berlin Municipal representatives consider the current refugee situation to be barely manageable. “Many cities and communities have long since reached their capacity limit when it comes to accommodating refugees and displaced persons,” said the general manager of the Association of Cities and Communities, Gerd Landsberg, to the Handelsblatt.

Some hotel rooms would be rented, and emergency accommodation would be set up in gymnasiums, but also in free-standing buildings in commercial areas. “This can no longer be expanded at will.” Landsberg warned that the topic must finally be declared a “top priority” in the federal government.

The President of the German District Association, Reinhard Sager, also sees a need for action. A “crisis meeting” with Chancellor Olaf Scholz (SPD) is overdue. “Many times already exceeded” is the load limit due to the reception of refugees in the districts. “The situation on site is not easy, this also calls social cohesion into question,” Sager told the Handelsblatt.

The concerns of the municipalities are easy to understand if you look at the statistics. For example, a confidential “Situation Report on Migration and Refugees” by the EU Commission shows that Germany is the most popular destination for refugees in Europe. The number of asylum applications has increased by a third compared to 2021 and thus to the highest value since 2016.

In addition, there are a large number of people seeking protection from Ukraine. By the end of 2022, more than a million refugees had arrived in Germany from there, mostly women and children. It is a double dilemma that Germany is confronted with.

Federal Minister of the Interior Nancy Faeser (SPD) recently summed up the challenge: Germany’s humanitarian responsibility does not end with the admission of refugees from the Ukraine. “We are committed to international law,” said Faeser, referring to the fact that there are also people fleeing war and terror in other parts of the world. This is reflected in the significantly increased number of asylum applications made in 2022.

The situation also worries the traffic light coalition. “The situation is tense, living space in particular is scarce in Germany,” said SPD migration politician Lars Castellucci. The FDP MP Stephan Thomae added: “The refugee situation is worrying.” The reception capacities of the municipalities are exhausted.

Thomae expects that the stream of refugees will probably not stop for the time being. However, the FDP politician is just as skeptical about a crisis summit with the chancellor as his SPD colleague, because it is not just Germany that is called upon to deal with the refugee issue. “A European refugee summit is needed to find a really viable solution,” said Thomae.

The FDP politician also sees national opportunities to reduce the number of refugees. “It is important to speed up the asylum process and to quickly return people with no prospects of staying to their countries of origin in order to relieve the local authorities,” says Thomae.

The repatriation of rejected asylum seekers is a major task and has hardly worked so far, as figures from the Federal Office for Migration and Refugees (BAMF) show. The agency made 68,709 readmission requests to other countries last year, but only 4,158 people were readmitted. “The so-called Dublin procedure, according to which asylum seekers have to remain in the country in which they arrive and apply for asylum, is hardly ever implemented in practice,” criticized the head of the Association of Cities, Landsberg.

Refugee distribution is an ongoing issue in the EU

As a consequence, he called for an appropriate and fair distribution of refugees to be finally achieved at EU level. “Europe must resolve the refugee issues in a long-term and sustainable manner in a common consensus,” he said. District Council President Sager also warned: “We finally need noticeable progress in the EU-wide distribution of refugees.”

The traffic light is also keen to respond quickly to the community’s call for help. “We have to talk about how we can accommodate and care for the refugees who are seeking protection here,” said Thomae. 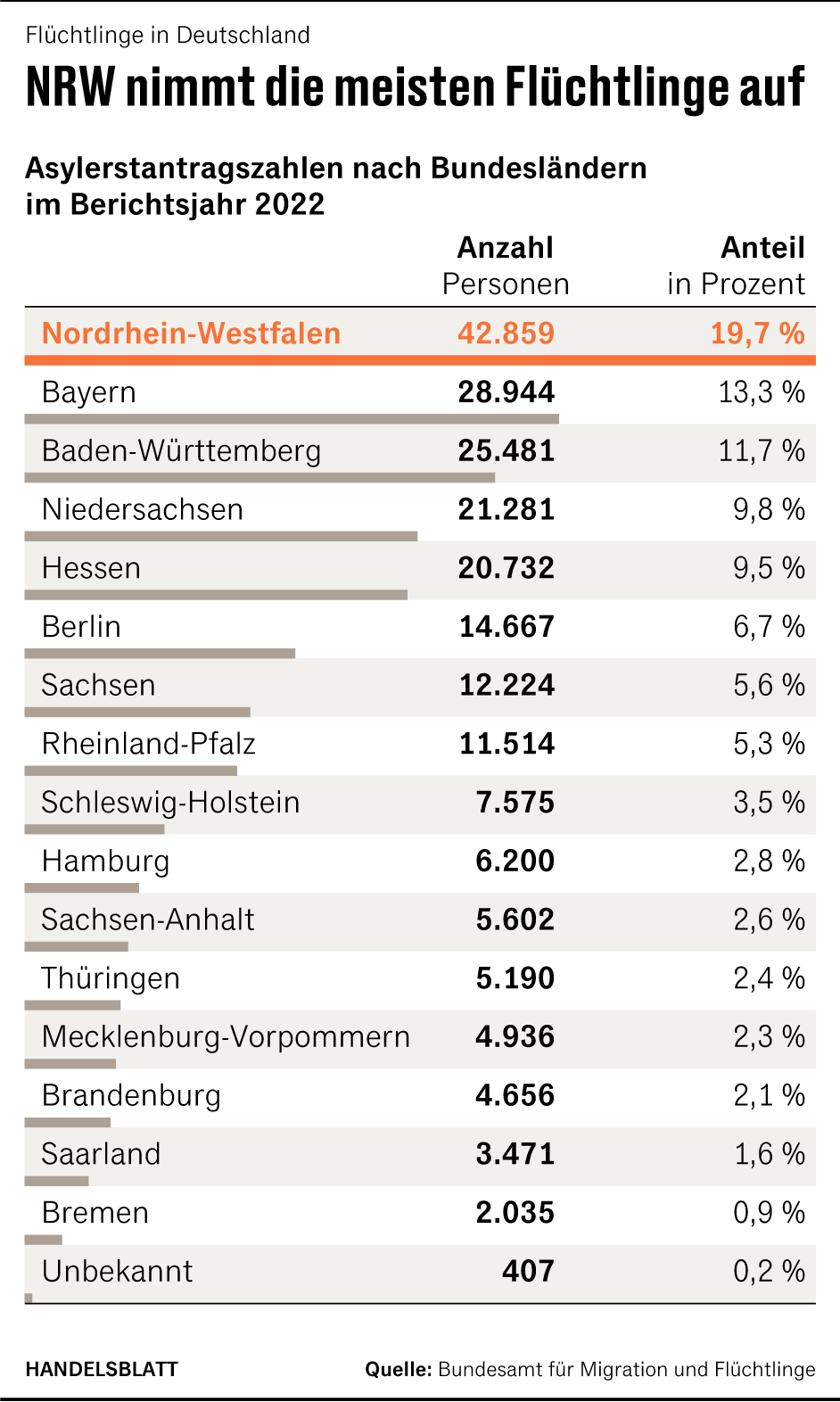 The SPD politician Castellucci assured that the federal government was in “close contact” with all those involved. There is a “fundamental need for action” in the municipalities, he added. “They are underfinanced, in some cases highly indebted, and everything goes to them.” That is definitely on the agenda.

District Council President Sager called on the federal states to use their own facilities to accommodate more refugees themselves “to take pressure off the local structures”. The head of the Landsberg Association of Towns called for a joint initiative by the federal and state governments to significantly expand the capacities in the initial reception facilities.

The federal government makes some properties such as former barracks available. “However, these are usually not in a condition that people can be accommodated there immediately.” Additional construction measures are often required, which would tie up “considerable funds”.

Sager also advocates limiting the influx of migrants – a demand that also comes from the Union. “The federal government must immediately limit the continuing influx, the European external borders must be protected and returns within the EU must be significantly increased,” said Sager, referring to immigration in particular from Afghanistan and Syria.

The traffic light rejects a limited influx of asylum seekers. “Without immigration, we cannot maintain our prosperity,” said SPD MP Castellucci. There was a shortage of workers everywhere.

More: This is how the others do it: How to become a citizen of an EU country

Last night, Fatih Altaylı, who spoke on the One on One Earthquake Special program, received a harsh response from the...