After the bankruptcy of the giant cryptocurrency exchange FTX, the waters in the crypto market have calmed down for now. However, the pressure on the industry continues to be reflected in the prices of Bitcoin, Ethereum and other altcoins.

As the fear continues in the crypto market, some experts discussed during the week whether the bottom for Bitcoin is at $16,000. IntoTheBlock researchers sought to answer this question by collecting on-chain data for Bitcoin and some major cryptocurrencies.

Has It Bottomed Compared to Past Bear Markets?

The researchers first compared the decline in past bear markets with the current crypto market.

The leading cryptocurrency lost an average of 85% in the 2013 and 2017 bearish market. Today, this figure hovers around 77%. If we compare the past declines of other altcoins, cryptocurrencies may have lost enough value.

Researchers note that historically, the rate of depreciation decreases with each new bear market. As in every market, the crypto market tends to approach equilibrium as it grows.

Majority of BTC Holders at Loss

For the first time since March 2020, IntoTheBlock researchers announced that more than 50% of Bitcoin investors are at a loss. 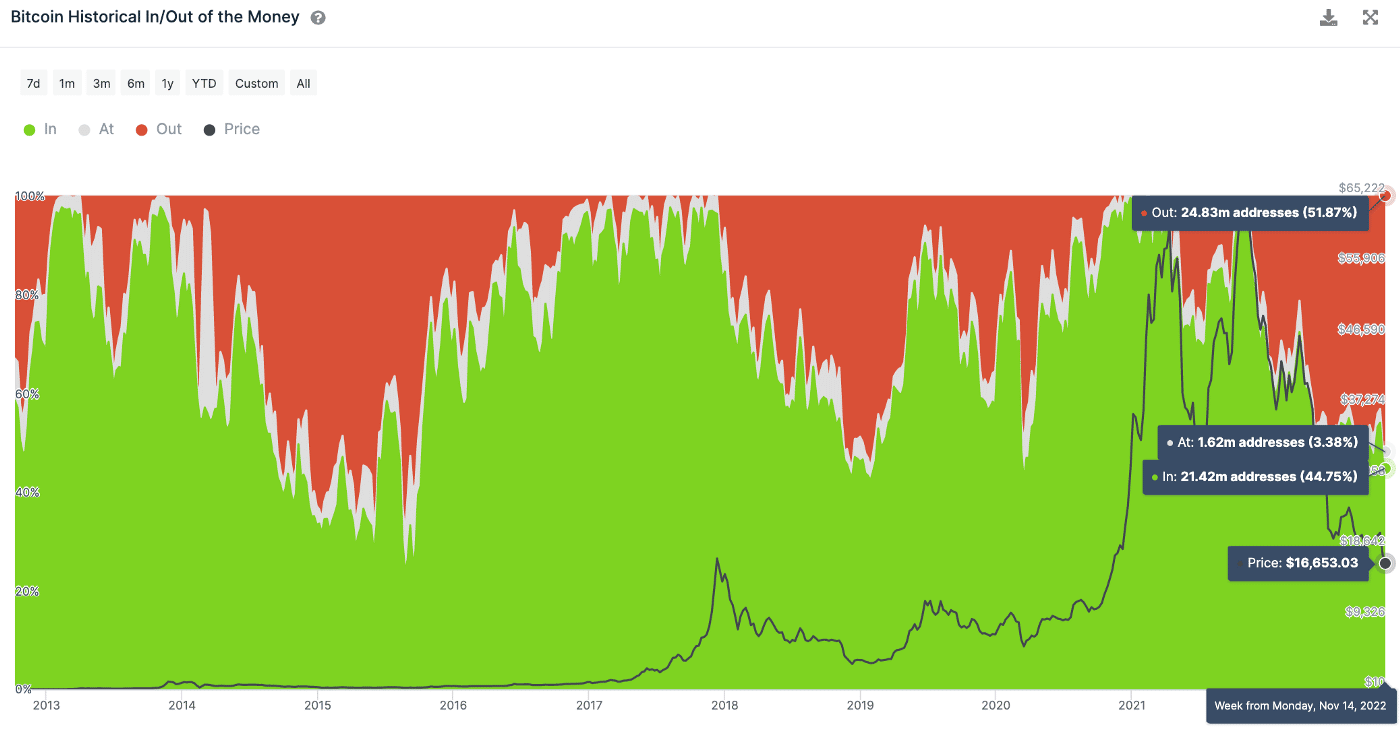 According to on-chain data, the rate of Bitcoin investors making losses today is 52%. While it took 6 months for this situation to improve again in 2015, only 3 months was enough for the 2018 market. Analysts concluded that bear markets are getting shorter and shorter in light of these data.

Although the data provided by IntoTheBlock analysts makes sense, it does not make much sense to predict the future of cryptocurrencies just by looking at on-chain data. Economists predict a period of economic contraction due to rising interest rates around the world.

Thousands of years of world history have shown that in times of economic contraction, citizens are less willing to convert their money into another value. In this scenario, it is highly unlikely that cryptocurrencies will enter a major rally.

The decline of the European Union PMI index below the 50 level since the summer months is interpreted as one of the leading indicators of economic contraction.

famous economist and Anti-Bitcoin Nouriel Roubini, cryptocurrency He stated that the massacre had only just begun this Thursday. Roubini believes...