The most listened songs in the car in Turkey in 2022

Dusseldorf The emerging overcapacities in container shipping are not the only point where the large shipping companies have recently miscalculated. The chaos in global maritime traffic, which has been the cause of countless disruptions in the supply of goods since autumn 2021, is surprisingly also the result of the shipping companies’ misguided personnel policies.

This is the result of a study by the auditing and consulting firm PwC, which examined a total of 106 German shipping companies in May and June 2022. The results are now available to the Handelsblatt.

According to this, in the middle of the year, 55 percent of the shipping companies complained about a shortage of skilled workers. The situation was even worse among the liner shipping companies. “Three out of four of these companies see the lack of skilled and junior staff as their biggest problem,” says the PwC study.

The misery is largely home-made, as study director André Wortmann found out. “Between 2019 and 2020 almost every fifth shipping company and between 2020 and 2021 even every fourth shipping company was laid off due to the pandemic,” he says. Alternatively, the shipping companies would have had the option of short-time work. But they obviously made less use of it than necessary.

“The reduction in staff as a result of the corona crisis reached a level,” Wortmann says in astonishment, “that went beyond the personnel measures after the outbreak of the global economic and financial crisis in 2009.”

Corona hit the industry less than the financial crisis did

The slump in demand 13 years ago hit shipping far harder than Corona. At the beginning of the pandemic, 31 percent of shipping companies reported that ships were out of work; during the financial crisis of 2009, it was 45 percent.

According to their own statements, 69 percent of German shipping companies are currently trying to recruit new staff – more than ever in the PwC annual surveys published since 2009. However, the shipping companies do not blame themselves for the supply chain chaos, but rather others. 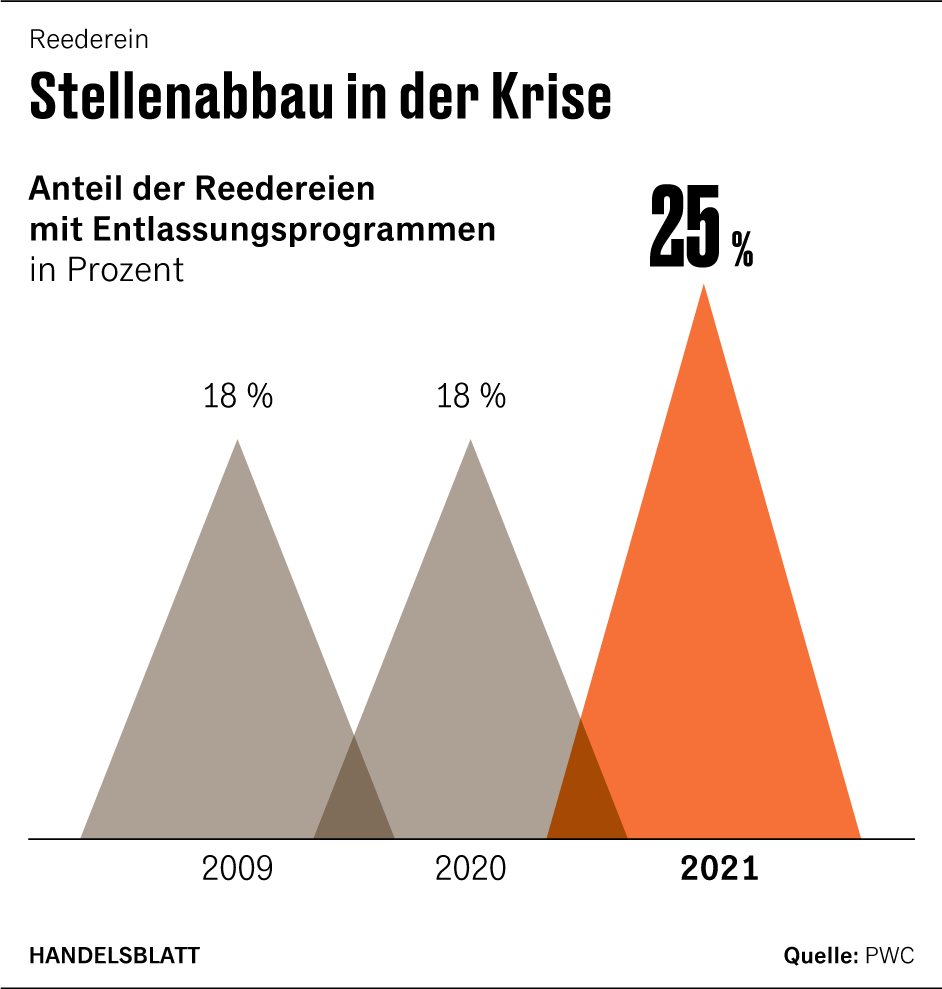 In addition to the upheavals caused by the Chinese lockdowns, they complained to the study authors that there was a lack of available containers and ships, as well as the insufficient capacity in the ports.

But why the port congestion in September 2022 was still five percent longer than twelve months earlier can hardly be explained by the alleged lack of ships, containers and port capacities alone. Because almost nine percent fewer containers were transported than in September 2021. Here the suspicion arises that the lack of qualified personnel is at least partly responsible.

Qualcomm, which was introduced in the past weeks Snapdragon 8 Gen 2 The countdown has begun for the Red Magic...