“Unlucky,” you might say. Small German investors who have invested in Russian shares have had a problem since the beginning of the war: They do not hold the original shares, but deposit receipts for the same, so-called ADRs. And they have not been tradable since the beginning of March. Investors are now desperately trying to swap their ADRs for original shares – mostly to no avail.

At first glance, this is an isolated problem for a group whose exact size is unknown and which hardly has a lobby. After all, Russia annexed Crimea back in 2014. Every investor should have known that considerable risks lurked here, critics say.

At second glance, however, the problem is relevant for many more investors: namely for everyone who generally holds ADRs.

ADRs are actually practical: They make shares of foreign companies that do not have a secondary listing on the relevant exchanges tradable. To do this, a bank buys the foreign stocks, puts them in a custody account at a bank in the relevant country and then issues the certificates known as American Depositary Receipts (ADR).

So far, this has benefited so wonderfully that many investors were not even aware that they did not hold shares but certificates. Trading was liquid, they had voting rights and received a dividend.

>> Read about this: Ten cents instead of 40,000 euros: Russia investors fight for their money

Now that no longer works for Russian investors because they are excluded from the Russian capital market by the sanctions in the Ukraine war. And this is not a purely Russian phenomenon, but can theoretically happen with the ADRs from any country.

For example, China investors should ask themselves what they plan to do with their ADRs and consider scenarios of what would happen if the country attacks Taiwan. Yes, maybe China is just playing a strategic game right now – and wouldn’t take the risk of an invasion. That’s what Russian investors thought in the case of Ukraine, too.

In any case, ADR investors should be aware that these ADRs do not have one important advantage of shares: protection against war and crises. In five of the seven biggest wars of the past 120 years, the global stock markets ended the war higher than they were at the beginning of the war. 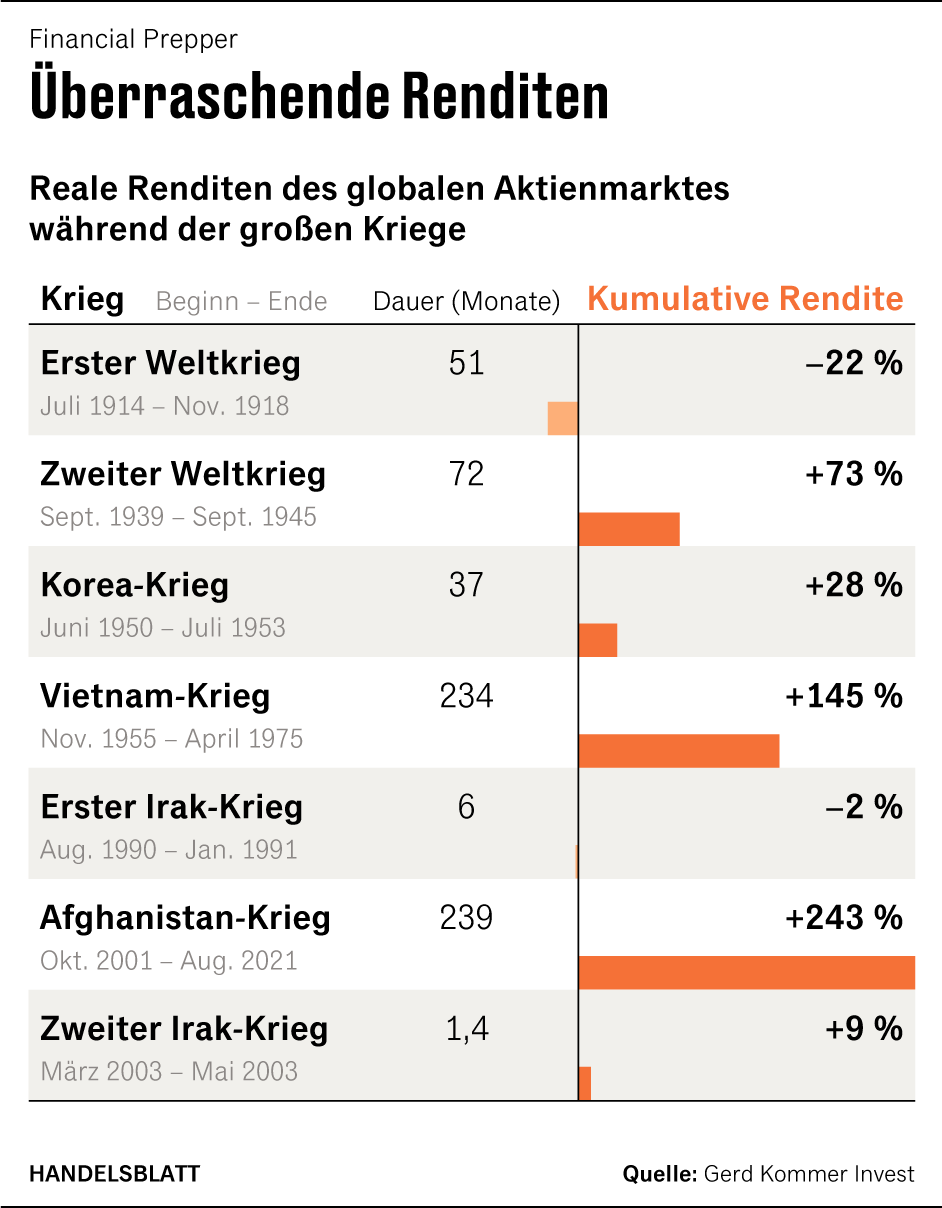 The longer the conflict lasted, the higher the prices were even at the end. Prices were only significantly lower (minus 22 percent) at the end of the First World War, with the end of the war coinciding with the outbreak of the Spanish flu. But investors can only benefit from this if they actually own the shares and they are in their custody accounts. This is not the case with ADRs.

More: How pessimists are preparing for a third world war with cash.

The most popular cryptocurrencies in Cardano (ADA) Last year, the Alonzo Hardfork took place on this very day. According to...