London The fact that Axel Springer has not been very happy with its stake in the British online real estate portal Purplebricks can be seen from the company’s sharply falling share price for years. Since the Berlin media group got involved almost five years ago, Purplebricks’ market value has fallen by more than 97 percent.

Now Europe’s largest publishing house is threatened with trouble in the management of the British. Minority shareholder Lecram Holdings, which holds around five percent of the shares, is again pushing for the replacement of Chairman Paul Pindar, citing the “highly unsatisfactory performance” of the Purplebricks leadership. The online broker posted an operating loss of almost £32m in the 2021/22 financial year.

Lecram would like to appoint real estate professional Harry Hill to head the board of directors. Hill successfully built the Countrywide portal.

Despite the dismal record of its investment, Springer is reluctant to start over: “We consider it essential that the Board of Directors, which enjoys our full support, can concentrate on its work in order to achieve the turnaround and return Purplebricks to profitable growth lead,” said the company on request.

In the Berlin group headquarters, however, no one makes a secret of the fact that they expected more from the foray into the Anglo-Saxon real estate market. In 2018, Springer initially took over 11.5 percent of the shares in Purplebricks for a good 143 million euros. At that time, the British shares were around 3.60 pounds, the expensive entry should finance ambitious expansion plans in Canada, which have not been fulfilled. 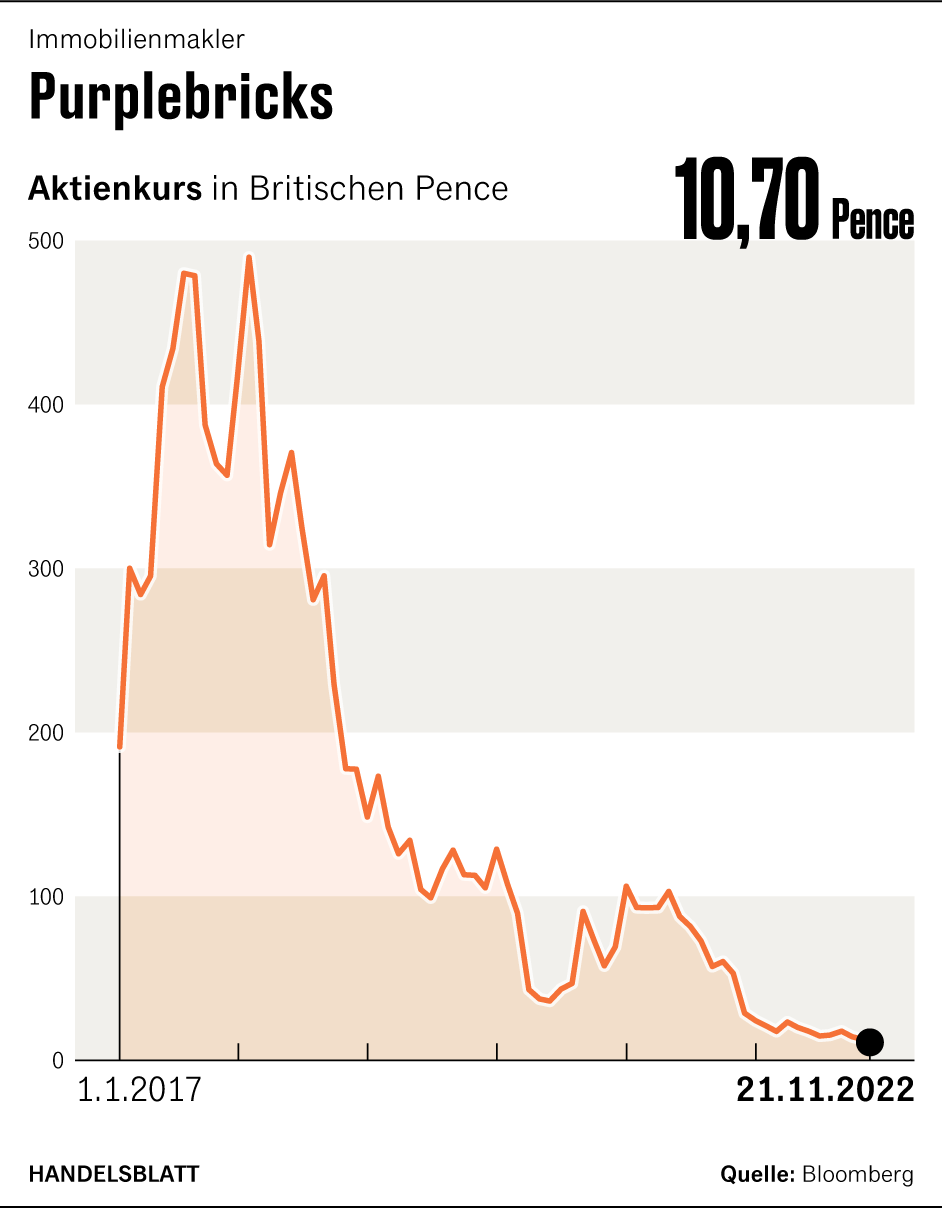 The Berlin digital strategists then gradually increased their stake, so that Springer is now the largest single shareholder with almost 27 percent through its real estate subsidiary Aviv. “The Aviv Group has invested in Purplebricks and Nested because we see great long-term potential in the digitization and modernization of the brokerage business,” said a publisher’s spokesman.

Nested is another online broker that Springer has invested in over the past year. Aviv is represented in Europe with several online brokers and operates the “Immowelt” portal in Germany.

Share in Purplebricks is only worth ten million euros

According to Springer, it has now written off a large part of its investment in Purplebricks. If you add up all write-ups and write-downs, the participation is now in the Springer books at less than half of the original value. The loss of confidence on the stock exchange is far greater: On Monday, the share was listed at just 10.5 pence. Springer’s share is now worth just over ten million euros.

And things aren’t getting any better for the UK property market: Mortgage rates are rising and the non-partisan Office for Budge Responsibility (OBR) expects house prices to fall by 9% by 2024.

More: That’s how low the demand on the real estate market abroad falls

Cologne More than 650,000 classic cars with official H-plates are already driving on Germany's roads, and the enthusiasm for these...