The scavenger fish, which is the most beloved creature of our aquariums with its dignified stance, whiskers, constant walking on the bottom of the water and peaceful demeanor, actually has the wrong name because it does not eat garbage, but because of its evolutionary nature, it eats food that sinks to the bottom of the water. Let’s get to know this extraordinary creature a little more closely and see some of the characteristics of the scavenger fish.

Anyone who knows how much fun it is to watch an aquarium that is beautifully decorated and home to colorful fish knows. When we look down from the colorful fish bouncing around in the water, we encounter the scavenger fish. Which pet shop do you go to today to make a new aquarium? you should definitely buy a scavenger fish, They say that they clean the aquarium by eating the droppings. But this is not true.

Unfortunately, the scavenger fish, which even got its name from this thought, is actually in the aquarium. It’s not a creature that eats dirt. Since it has evolved to live in turbid and oxygen-deficient waters in the wild, it can easily survive at the bottom of the water, and due to this structure, it eats the food that goes down to the bottom of the water, not the ones close to the surface. So yes, he needs food too. Let’s take a closer look at interesting information about the solemn scavenger fish of our aquariums.

Interesting facts about the scavenger fish, many of which you will hear for the first time:

The real name of this fish species, which is known as scavenger fish in our country, is Corydoras. Corydoras species lives in South America in the wild. Scavenger fish living in small streams, swamps and ponds in the region prefer shallow and turbid parts of these areas. Of course, the reason for this preference is its evolution over time.

It does not eat garbage, it only eats bait that sinks to the bottom: 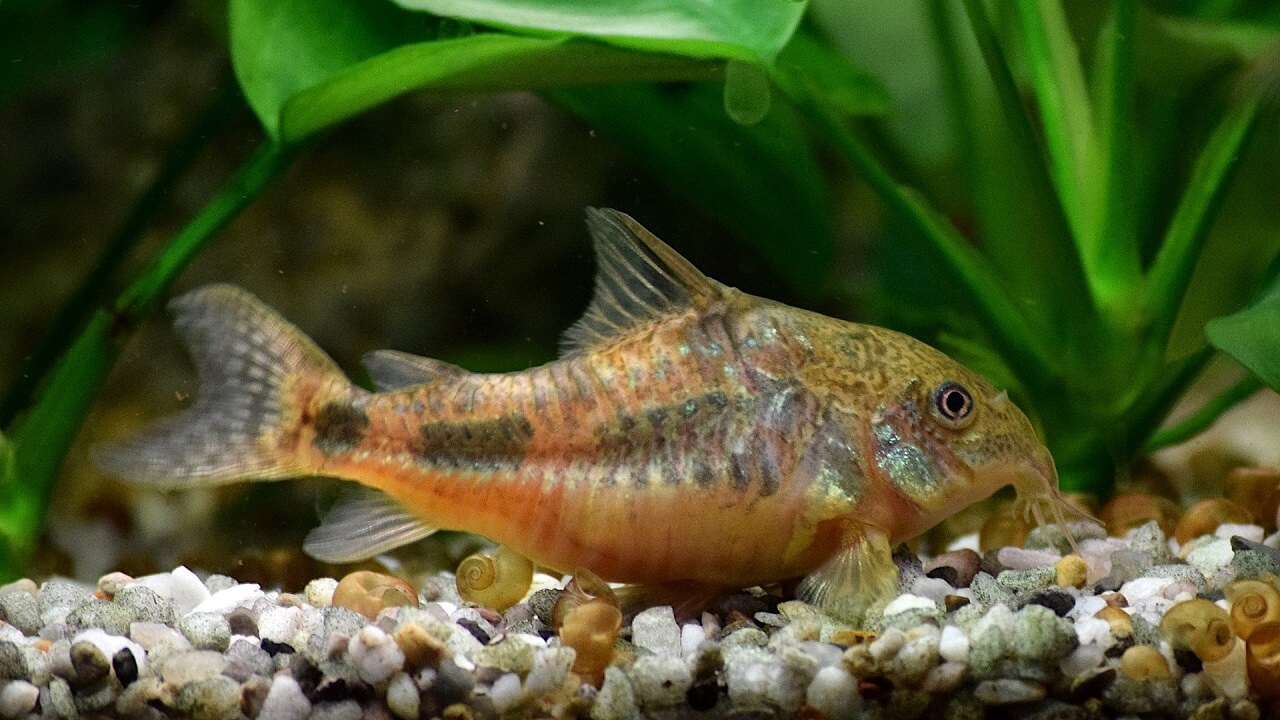 Scavenger fish in the wild in shallow and turbid waters because it evolved to live in waters with low oxygen It prefers to wander in the bottom parts of our aquariums where oxygen is the least. From time to time, it rises near the surface, gets enough oxygen to last it for a long time, and goes back to the bottom. Because this is his habitat.

Of course, when we looked from the outside, we saw that he was raising something from the sand. We immediately labeled this creature and called it the scavenger fish. Because the fish’s droppings sink to the bottom of the aquarium and the scavenger fish seem to eat them. In fact, it eats bait that sinks to the bottom, many of which we can’t see. It doesn’t chase the bait like other excited fish, it waits for the bait to float slowly towards it.

Scavenger fish is a protein monster: 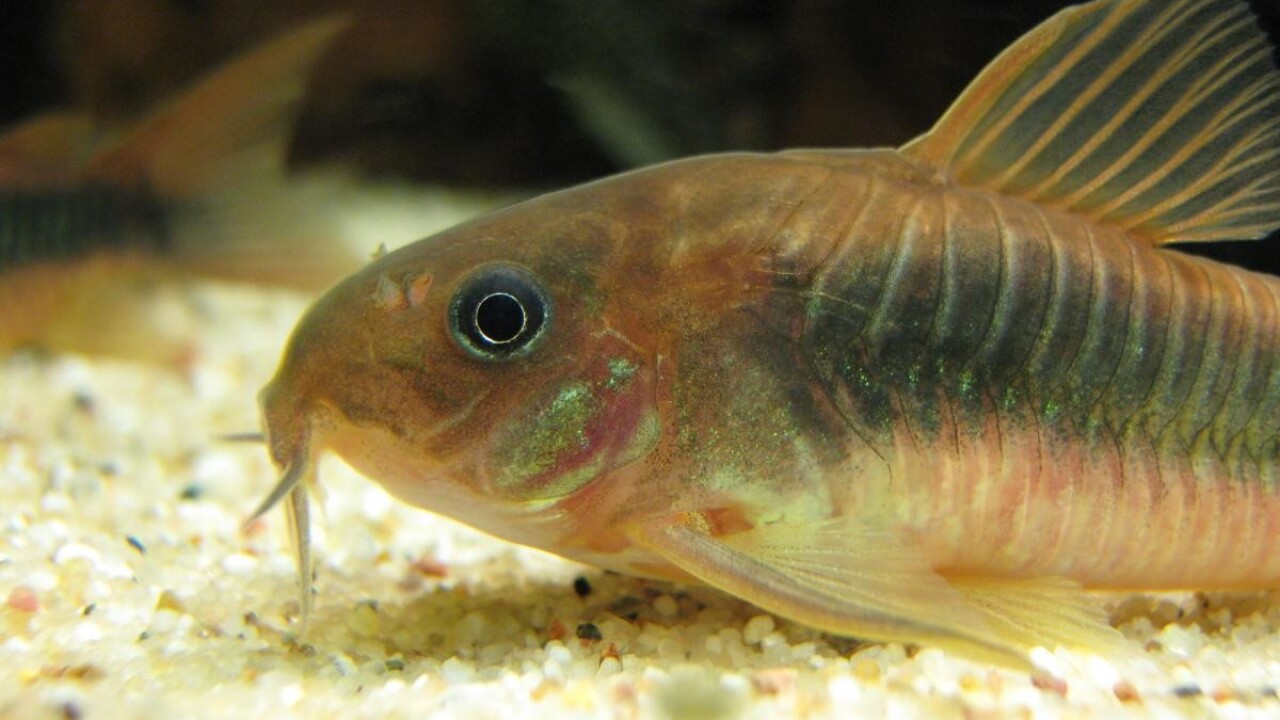 Wild-dwelling relatives of the scavenger fish can be found at the bottom of any pond. It feeds on maggots, larvae, insects and plants specific to that region. In other words, it is an omnivore, but its main diet is protein-based. For this reason, it is necessary to give protein-based foods such as water flea, artemia, bloodworms to scavenger fish fed in the aquarium. It can also eat shrimp or fish fry that roam the bottom of the aquarium.

One of the most compatible species you can keep in the aquarium: 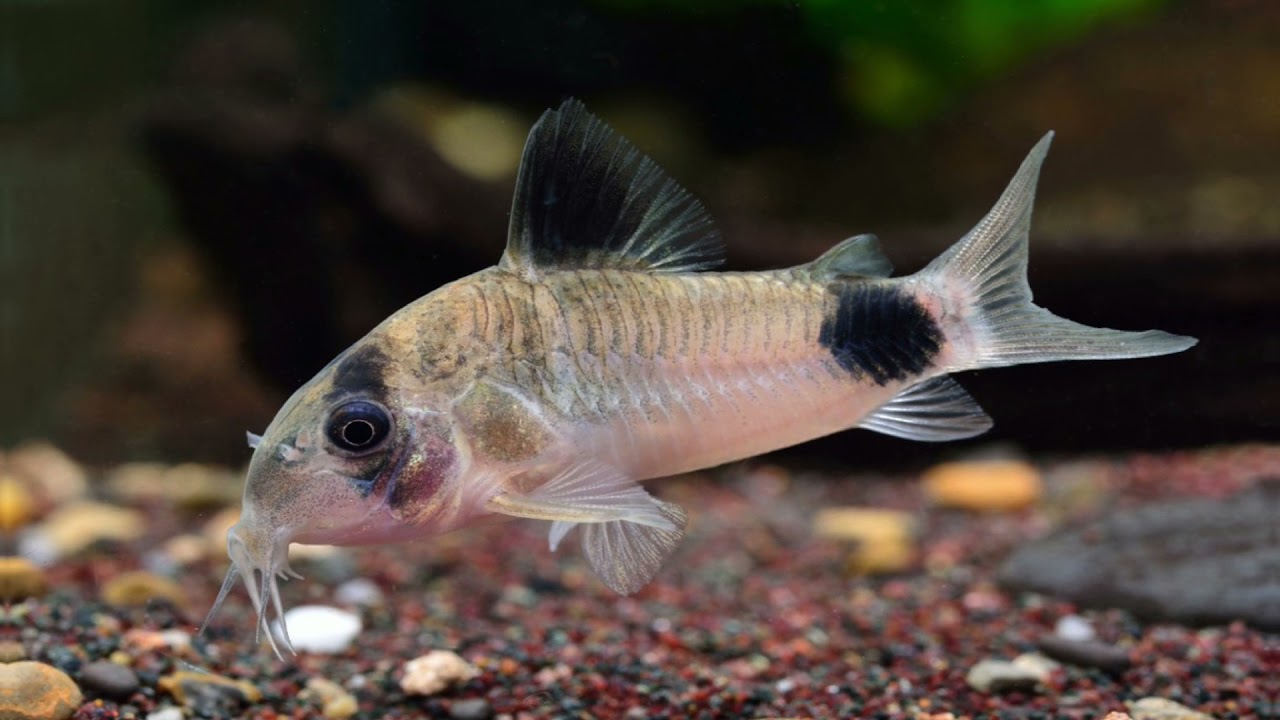 If we said that it eats the fry, do not think that the scavenger fish is an aggressive species. It is a quiet, calm, self-contained species by nature. It can live in harmony with many different fish species such as guppy, neon tetra, molly fish, angelfish, goldfish, discus. But contrary to what is known, scavenger fish are many creatures. Therefore, if you are going to buy scavenger fish in your aquarium, get 3 – 6, they will be much happier socially.

Not to mention the scavenger fish, there are many different types: 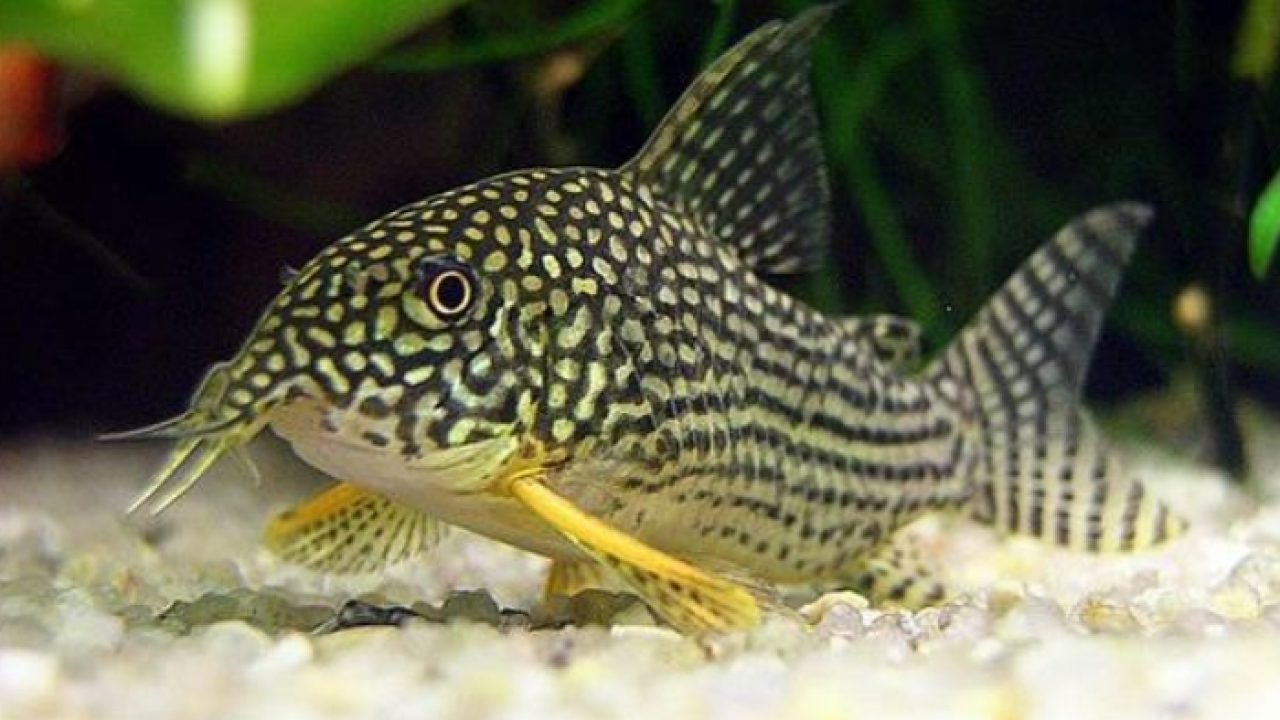 When you look at the scavenger fish sold in pet stores, they may all look the same from the outside, but both in the aquarium and in the wild. There are many different species of Corydoras living. There are 32 species of scavenger fish identified so far, with names such as panda, brown, spotted, sterbai, pygmy, inverted, albine. 161 identified species are estimated to be extinct.

They have a much longer life expectancy: 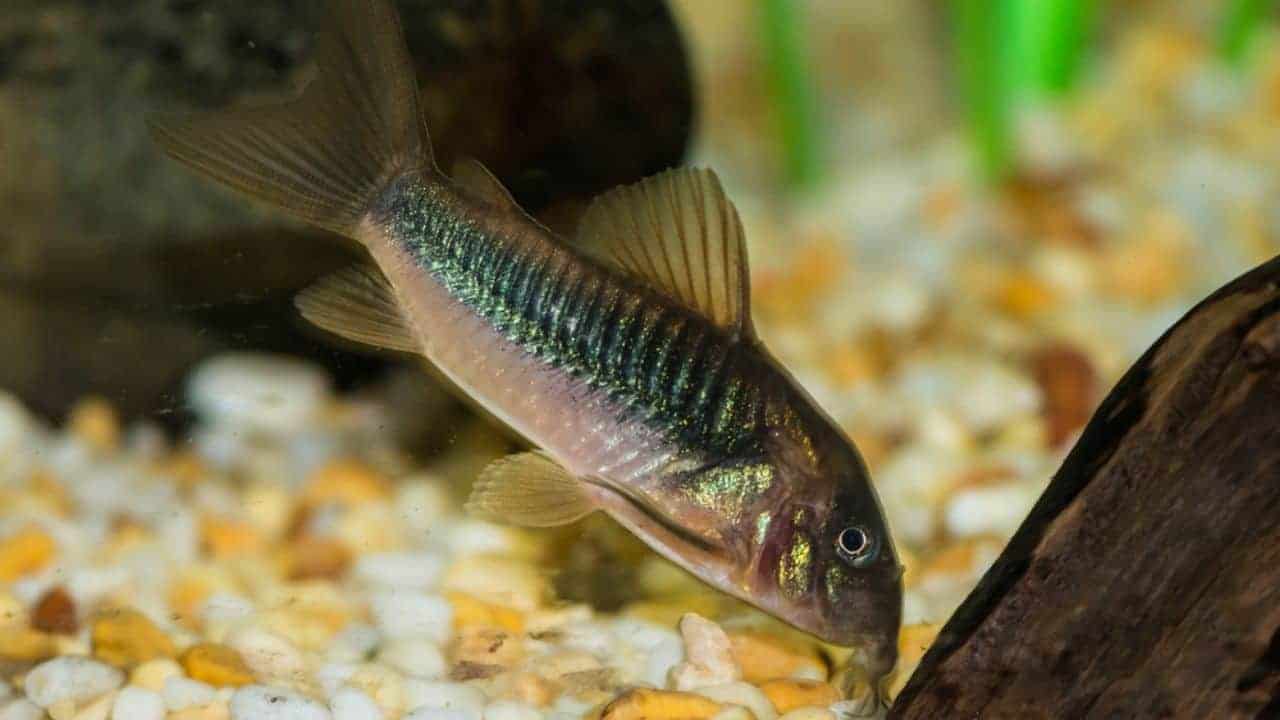 The average lifespan of aquarium scavenger fish is 5 years, but it has sometimes been observed that they exceed this limit. The longest known scavenger fish died at exactly 27 years old. Although rare, there are also scavenger fish species that can live up to 20 years when the right living conditions and social order are adjusted. After all, we are talking about a powerful creature that can survive even when there is not enough oxygen.

Their size may also vary depending on the species:

We mentioned that there are many different types of scavenger fish that live both in the aquarium and in the wild. The most striking difference of these species is their height. Scavenger fish have a length ranging from 25 mm to 12 cm.

The size difference is also an important factor in determining the sex of the scavenger fish. Female scavenger fish are larger and male scavenger fish are more colorful. The dorsal fin of the males is larger and more pointed, while the abdomen of the females is wider, while the lateral fins of the males are also more pointed. Despite all these differences, sometimes gender is not understood. In such a case, leave a mixed group alone, they will mate among themselves and reveal themselves. 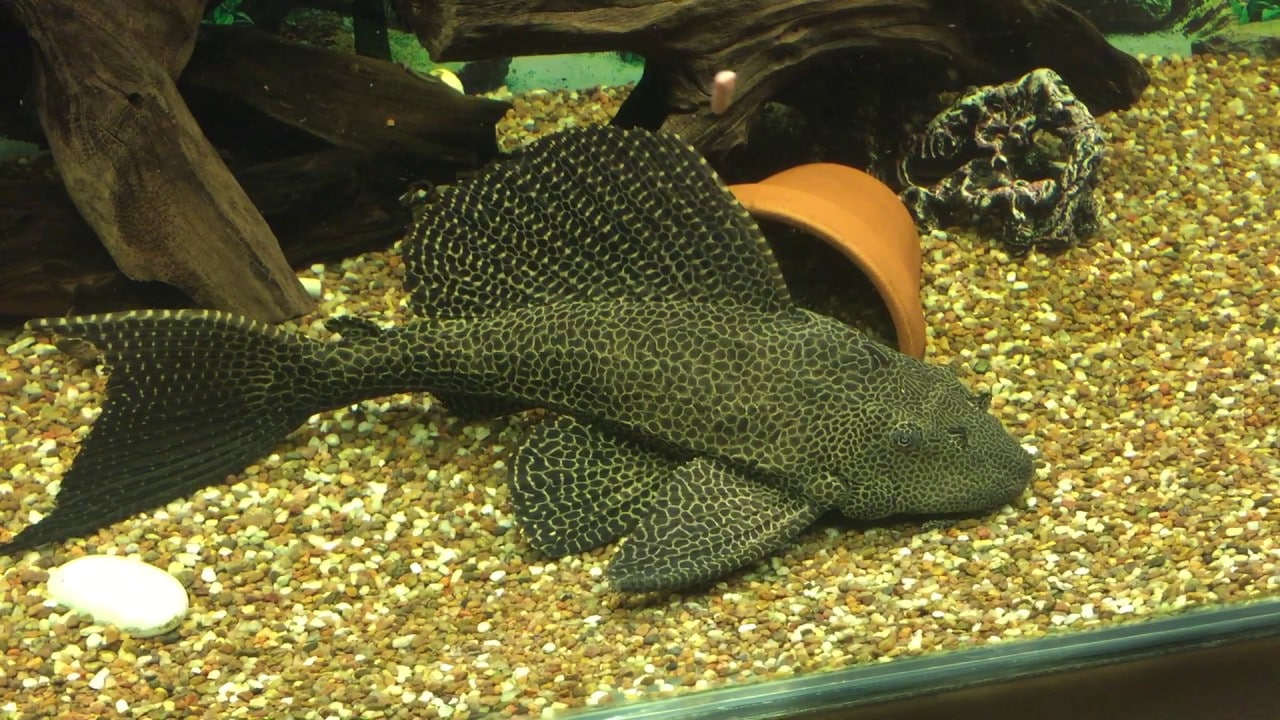 Although the scavenger fish is a strong enough species to survive in many different conditions, Because it is a fish of South American origin Extreme attention should be paid to the temperature of the aquarium water in which it stays. The temperature of the water, especially during the mating period, is extremely critical for both parents and eggs.

Where there are male and female scavenger fish you want to mate. You should always keep the temperature of the water between 21 and 23 degrees. It may take up to 3 days for living things to get used to this water. After getting used to it, mating takes place. It is extremely important to keep the temperature of the water at 18 degrees after mating. A few days after spawning, the offspring will hatch.

One of the misunderstood creatures of our aquariums, talking about interesting facts about scavenger fish We tried to get to know this species a little more closely. Aquarium creatures may seem easy to care for, but just because they’re surviving doesn’t mean they’re happy. For this reason, you should make sure that their vital and social needs are met.

One of the world's largest semiconductor companies Samsunghas recently been on the agenda with new developments. Hyperscale AI models To...