Sports is no longer just a game played on the field, it has become a completely different sector that can create different income sources within itself. Football undoubtedly leads the way in industrialized sports branches. The items that the clubs earn the most income are; matchday revenues, participation in tournaments and success rates, broadcasting revenues and player sales, ie transfer.

Every fan transfer period pulls the rope. It is one of the factors that excite them that new and especially star football players join their favorite team. We talked about the incomes of football clubs, but if we look at the expenses, the biggest expenses are again made during the transfer period. Especially in recent years, now for football players huge fees paid we witness. Finally, in 2021, all teams from different countries made a transfer expenditure of $ 4.86 billion. This was $5.63 billion in 2020 and $7.35 billion in 2019. With the pandemic affecting club economies Even if we see the total spending amounts decrease, we still from a very large pool we are talking about.

Of course, the first platform that comes to mind when it comes to transfer is ‘Transfermarkt’ is happening. Through Transfermarkt, we can access the statistics of teams and players, their form status and transfer expenditures. The topic we will discuss today is the one on Transfermarkt. player market values according to which criteria it is calculated.

First of all, what are ‘Termscore’ and ‘Market Value’?

When players sign a contract with a team, they sign a contract to make the job official. In this contract, how long the player will stay in that team? contract duration is also included. If the player is still on contract If he wants to go to another team, to the current team of the team he wants to go to compensation payment must. Here is the amount of compensation transfer fee we say. The transfer fee may vary depending on the release fee in the player’s contract or the agreement between the teams.

Market value on the other hand, are the estimated testimonial fees that vary depending on the seasonal performance of the players and various factors. Unofficial market values, at that time money spent on transfermay vary according to team budgets, countries and the characteristics of the player. 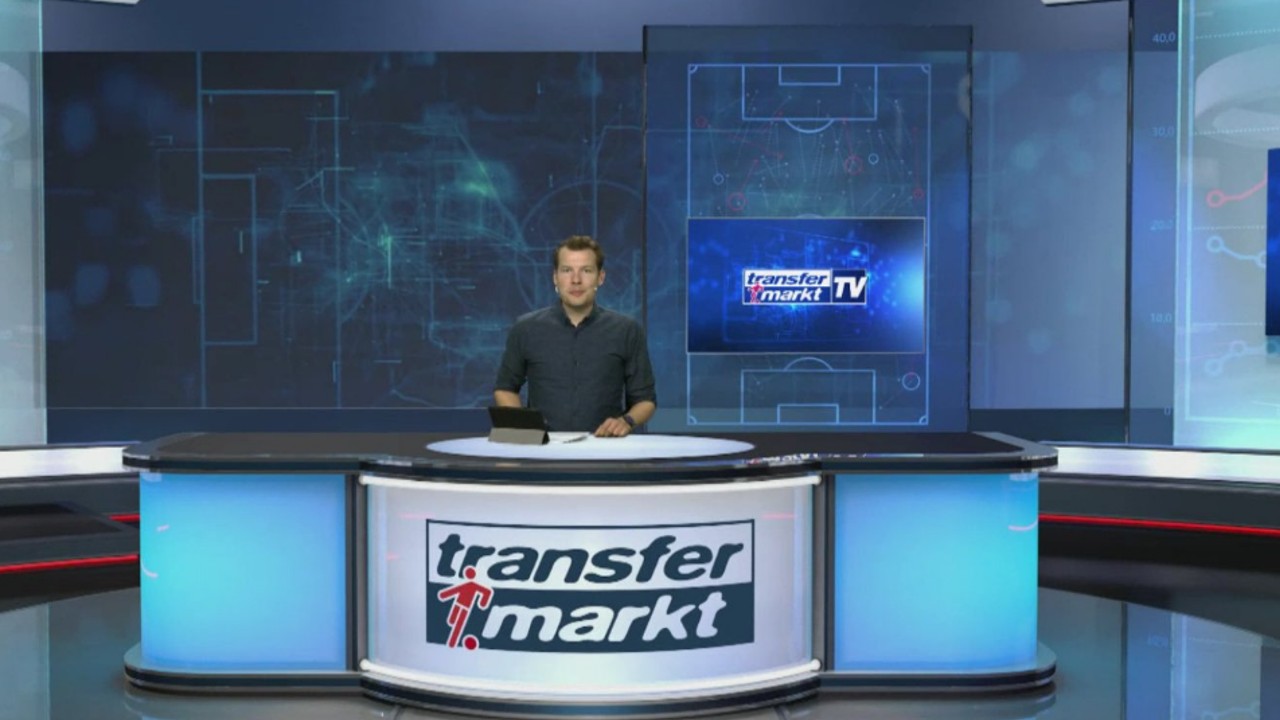 So how does Transfermarkt calculate the market values ​​of players?

First of all, it should be noted that although Transfermarkt is the first platform that comes to mind when it comes to transfer, it does not have an official nature. well market values ​​of players, It is calculated based on guesswork. However, according to previous measurements made by sports-economics researchers, Transfermarkt is quite difficult to determine the market values ​​of players when official transfer fees are considered. successful. So how do they do this?

The transfer fee and salaries paid to the player before are taken into account, and the fees paid to other players in the transfer market are also taken into account, and an average value being determined. These values ​​are twice per season. re-updating. As the season continues, this update path is used more frequently for young players who start to get new time and increase their performance. So when Transfermarkt determines the market value of players, young players We can say that they give priority to their follow-up and work harder for them.

Criteria that Transfermarkt looks at when calculating player market values:

In addition to these criteria, other situations may arise. between the club and the player to formal contract Depending on the market, different market values ​​may occur. We can give examples such as the transfer fee, transfer conditions, player requests, salary level, contract options determined by the club for the player. 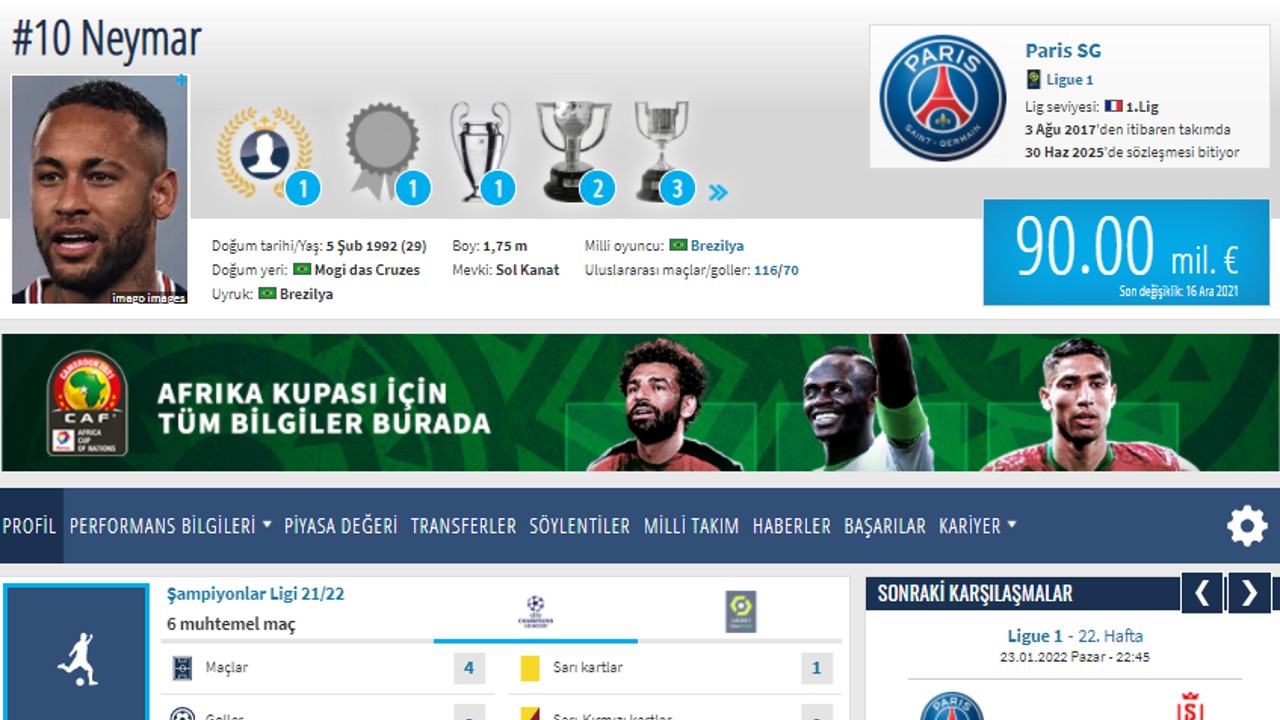 Transfermarkt’s player market values We’ve seen how it calculates. paid now height of bonvervis Let’s take a look at past transfers in football history and look at the players from that period. Transfermarkt market values Let’s examine.

Player transfers and market values ​​with the highest testimonial paid: 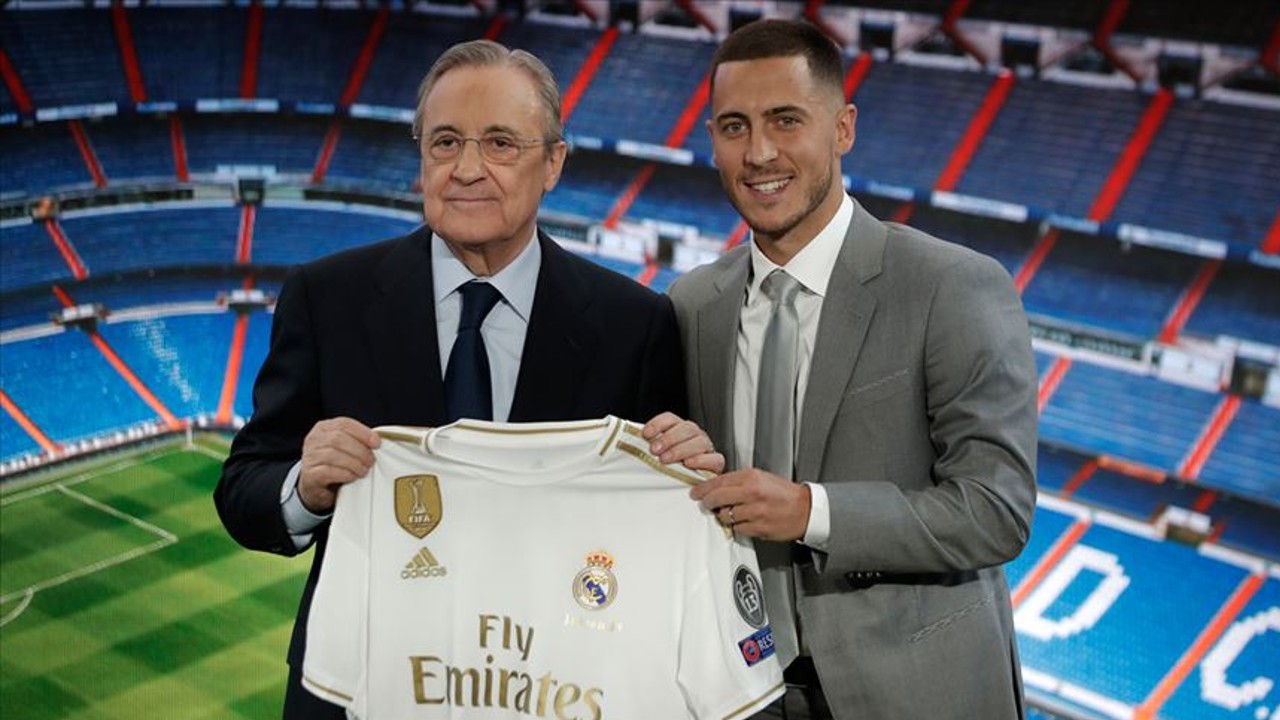 Belgian football player Eden Hazard, after his performance in the French team Lille to Chelsea joined. The star player showed a good performance here as well and winked at Real Madrid, who wanted to bring a new world star to the team after Ronaldo. This expected development took place in 2019 and Hazard, 115 million euros He made his way to Madrid with a transfer fee.

Lukaku’s transfer from Inter to Chelsea: 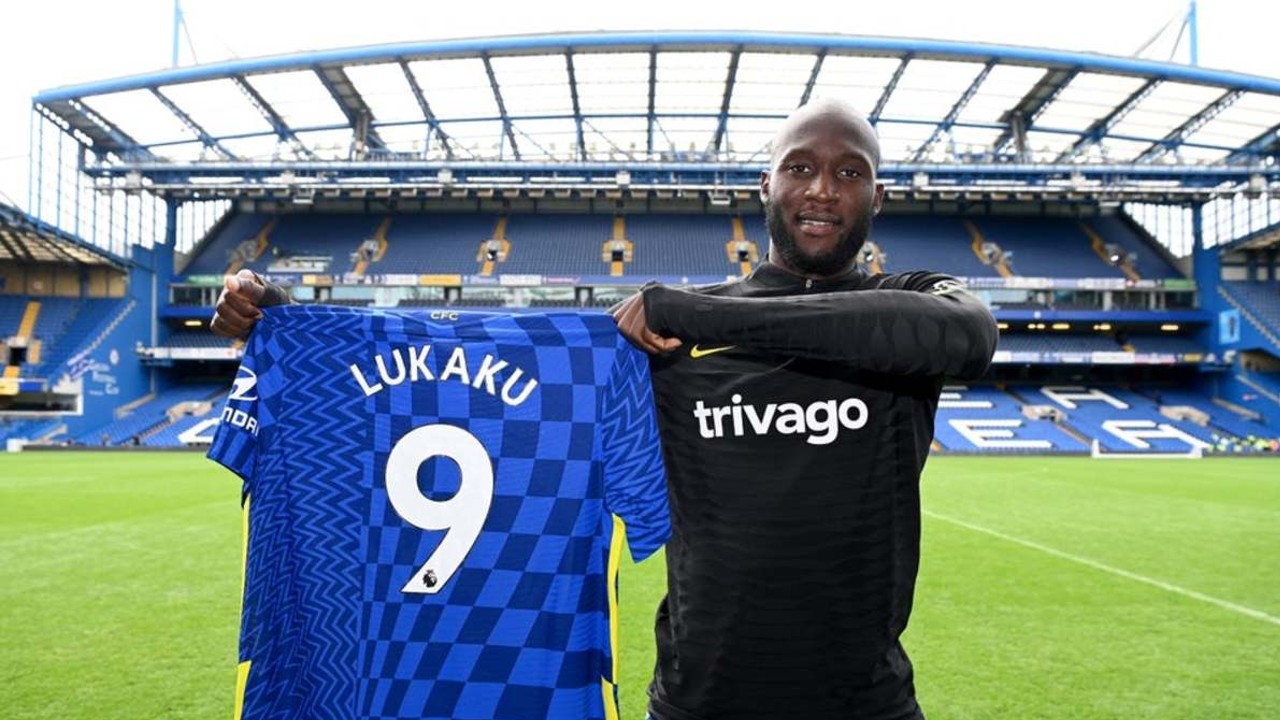 Premier League team Chelsea, originally in 2011 lukakuHe added ‘yu from Belgian team Anderlecht for 15 million euros. Lukaku could not deliver what was expected at that time and was loaned to West Brom. After this point, Lukaku, whose career is now independent from Chelsea, was able to show himself after transferring to Inter in 2019. Chelsea did not remain indifferent to this performance, and signed Lukaku, which they transferred for 15 million euros in 2011, in 2021. for 115 million euros reintroduced to his staff.

Transfer of Cristiano Ronaldo from Real Madrid to Juventus: 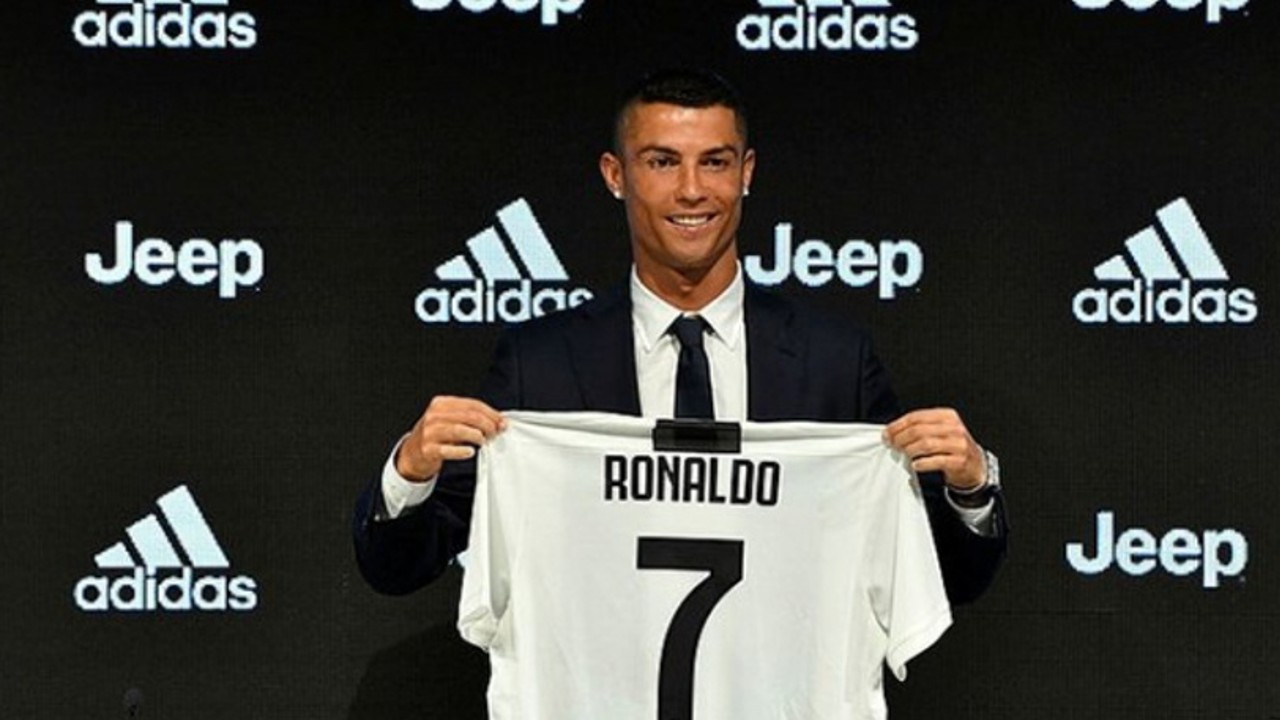 Actually from CR7 If we talk about it, the first thing that comes to our minds is Manchester United to Real Madrid. transfer may come. Portuguese star Cristiano Ronaldo, at that time 94 million euros at record price He was on his way to Madrid. But Ronaldo’s next sale came at an even higher price. Ronaldo left Real Madrid at the age of 23 in 2018 at the age of 31 for 117 million euros. to Juventus joined.

Transfer of Jack Grealish from Aston Villa to Manchester City: 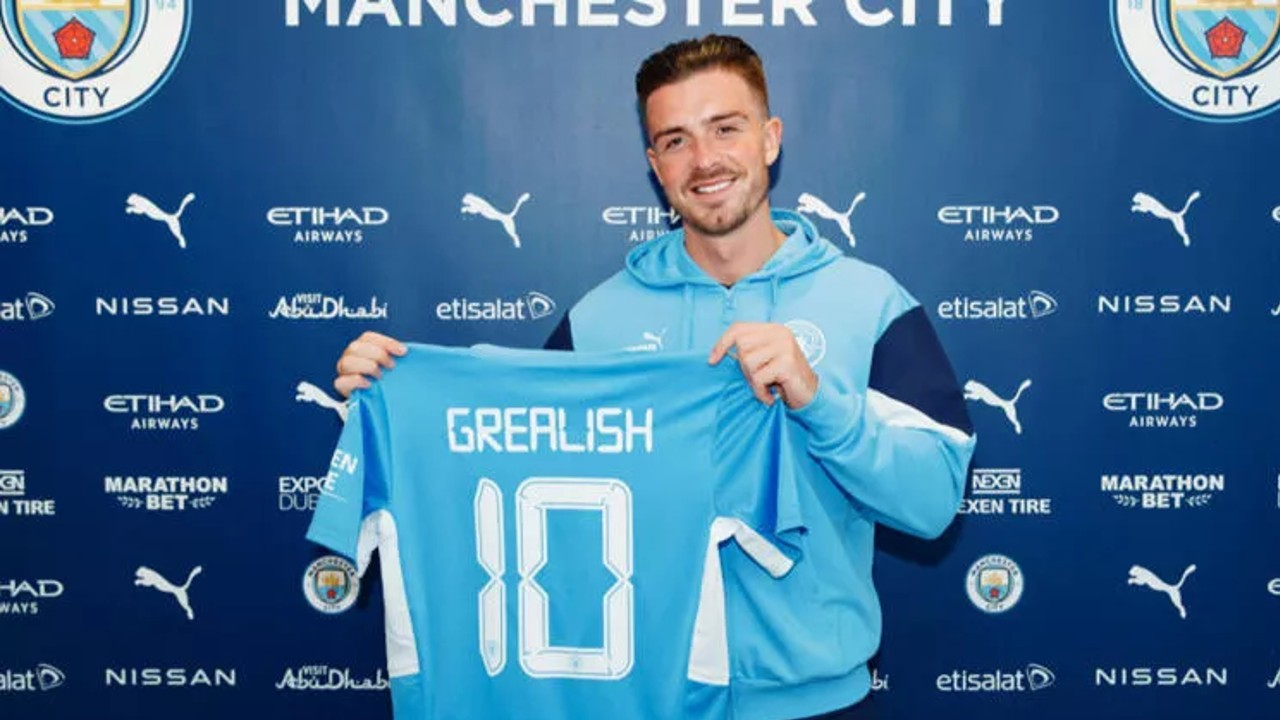 British footballer who grew up from Aston Villa infrastructure Jack GrealishHe joined the team, which he stepped into in 2011, in 2021. 117.5 million euros earned. Grealish continues his career in Manchester City, which he joined for this astonishing transfer fee.

Transfer of Antoine Griezmann from Atletico Madrid to Barcelona: 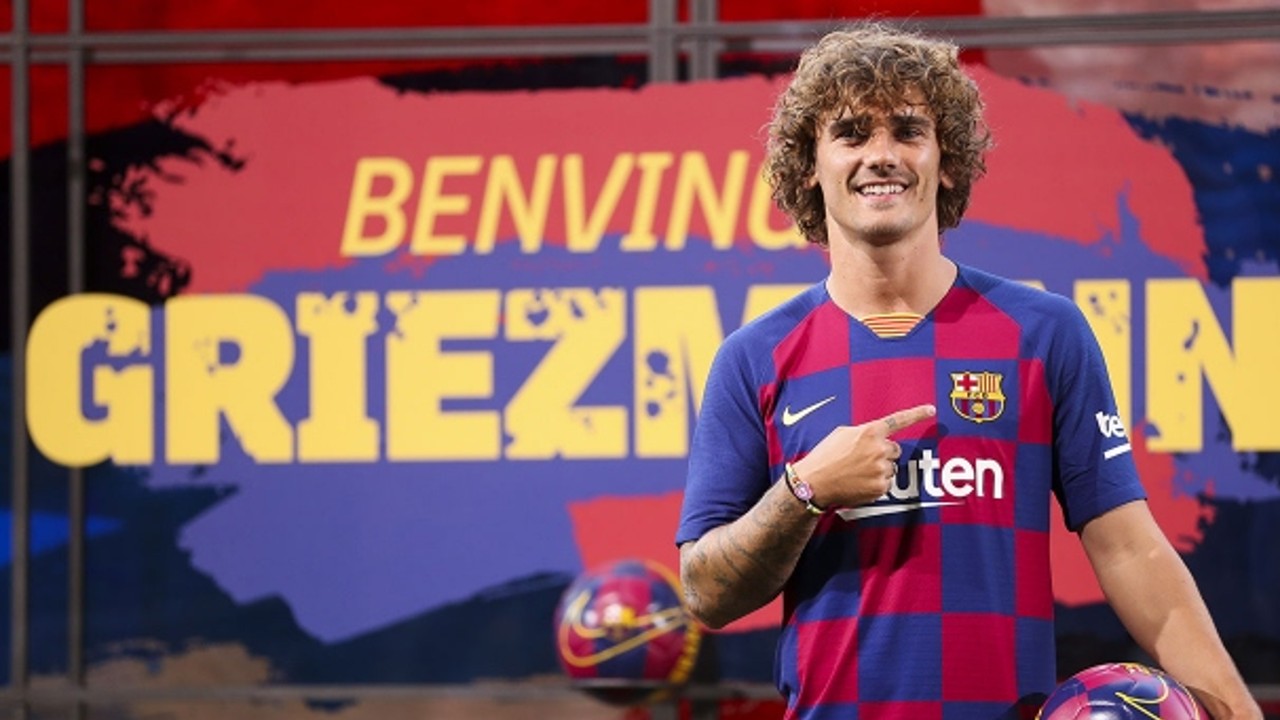 Atletico Madrid is famous for getting performance from its transfers and sending it to different teams with higher transfer fees. Due to the players who have left since 2018, they entered a squad structure. barcelona da Atlético star Griezmann, for 120 million euros, tied to their colors. However, this vaccine did not work in Barcelona, ​​and the Spanish player later returned to Atletico, albeit on loan.

Transfer of Joao Felix from Benfica to Atletico Madrid: 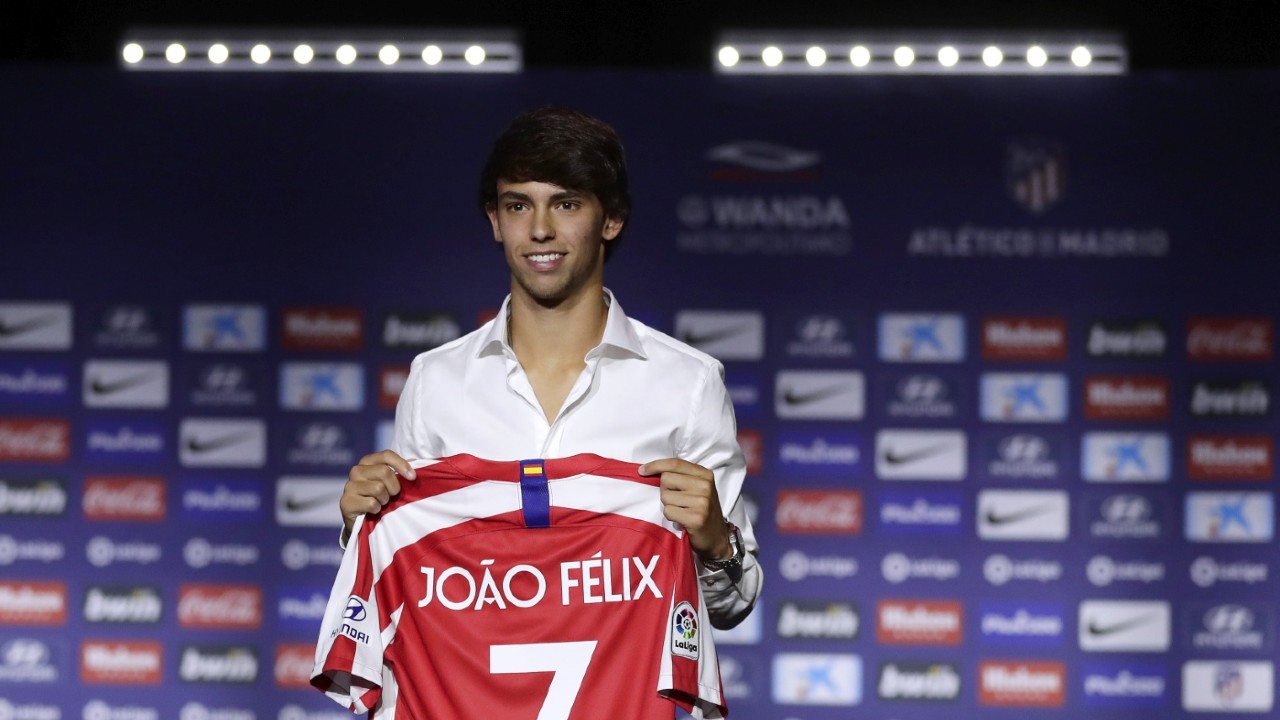 of Atlético Madrid transfer We talked a little bit about the system. The 19-year-old who played for Atletico, Benfica Felix’s could not remain indifferent to his performance. The Spanish team opened the pouch in 2019 127.2 million eurIn return, he added the young football player to his staff. Although he was 19 years old at that time, it was very controversial that he was one of the highest transfers in football history. “The football market determines the transfer fees. My only purpose here is to play football.” he defended himself.

Transfer of Philippe Coutinho from Liverpool to Barcelona: 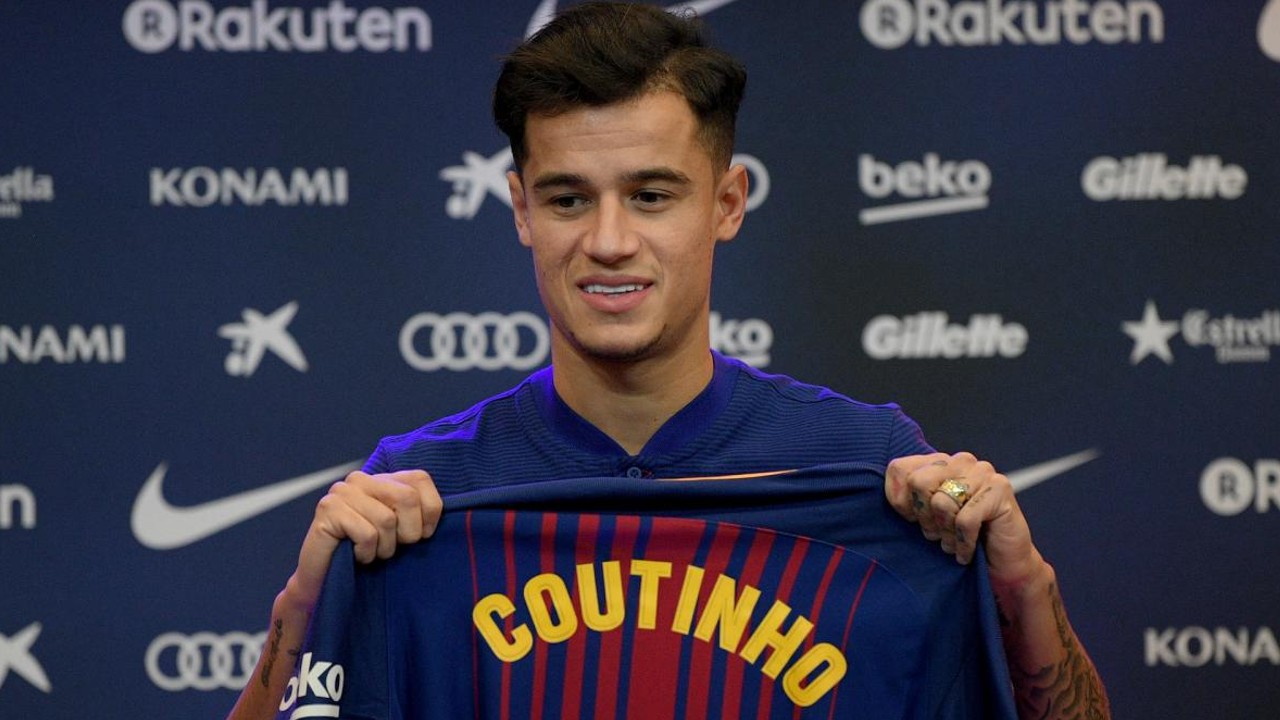 Many of the highest paid football players in football history Brazilian no wonder it is. Brazil, a football country, has achieved great success on the basis of the national team and has always brought new talents to the football world. Request Philippe Coutinho was one of them. Barcelona transferred Coutinho to Liverpool in 2018 135 million euros He added to his staff by paying, but he could not repay his testimonial with his performance. Coutinho is currently on loan at Aston Villa.

Transfer of Ousmane Dembele from Dortmund to Barcelona: 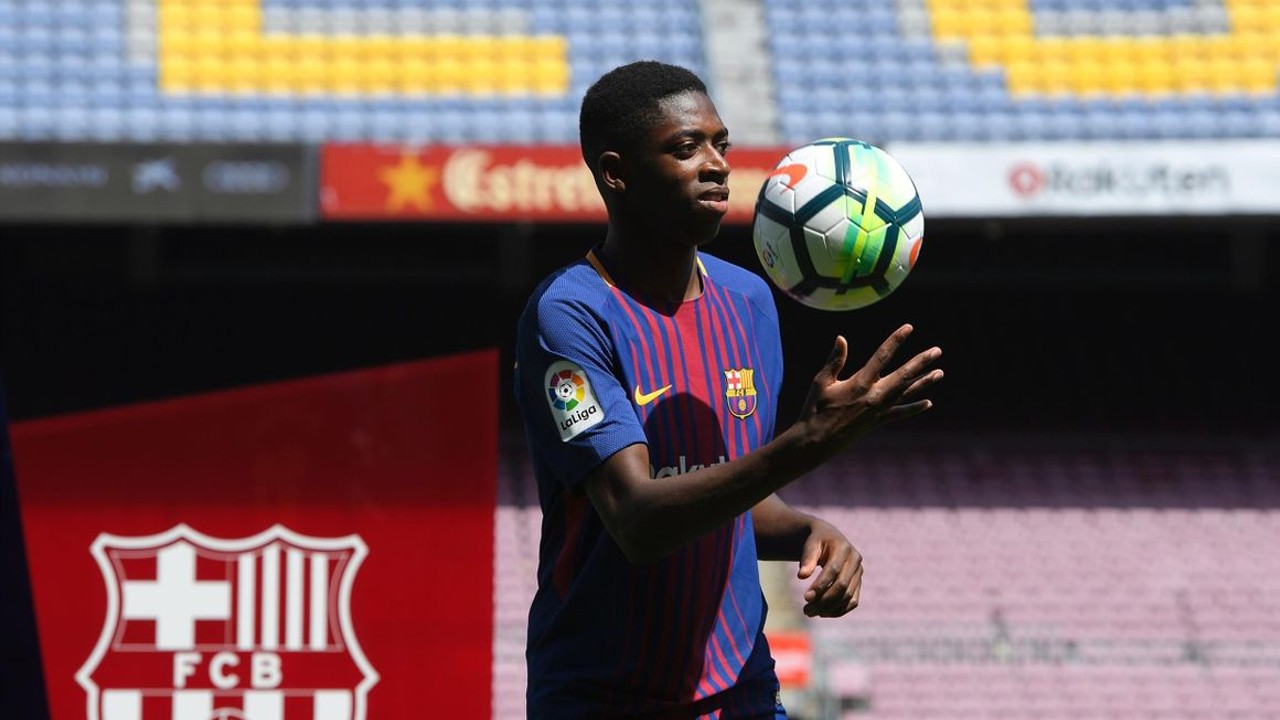 Ousmane Dembele, despite his young age with a high fee of those transferred. The German team when Barcelona showed the year 2017 DortmundHe paid 140 million euros for Dembele, who was added to his staff by 35 million euros just one season ago. 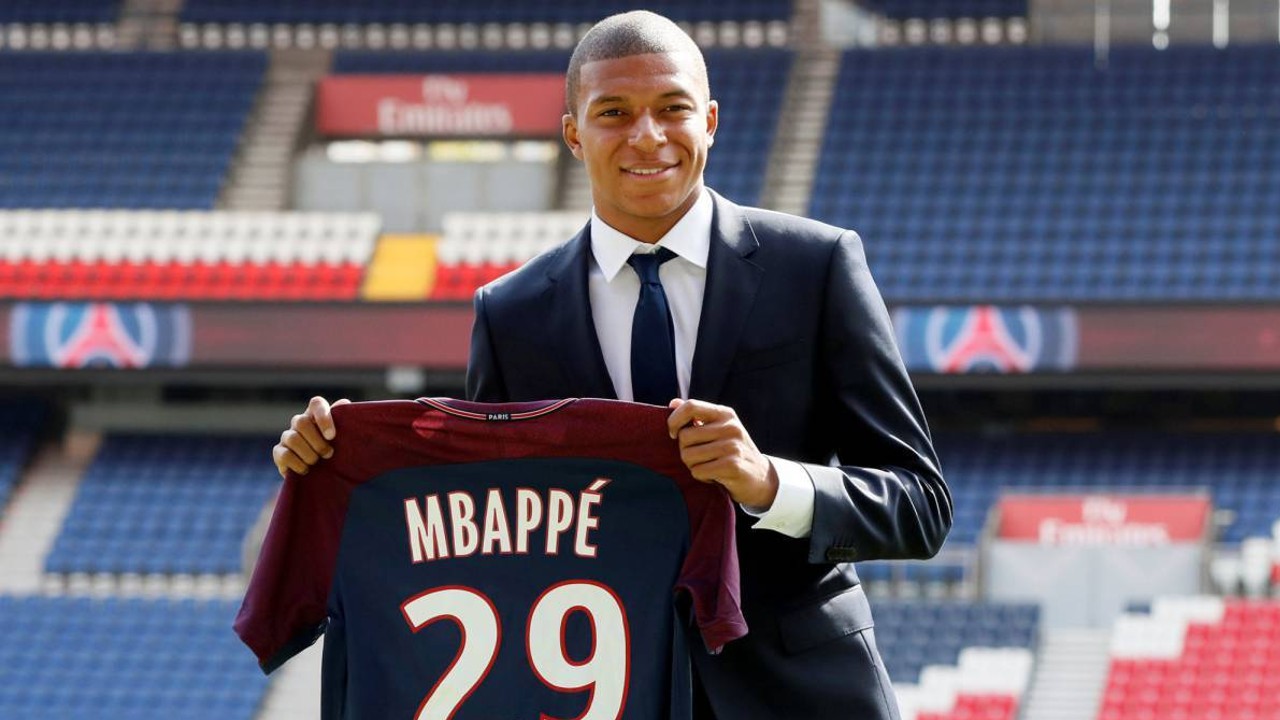 One of the shining stars of the last period and the future Kylian MbappeIt did not go unnoticed by the French giant Paris Saint-Germain. Star transfers PSG, which generously opens its mouth every term for Mbappe, will also go to Monaco for Mbappe in 2018. 145 million euros paid. No one doubts that Mbappe, who has already been compared to Cristiano Ronaldo and Lionel Messi, will increase his transfer fee even more in the coming years.

Transfer of Neymar from Barcelona to Paris Saint – Germain (PSG): 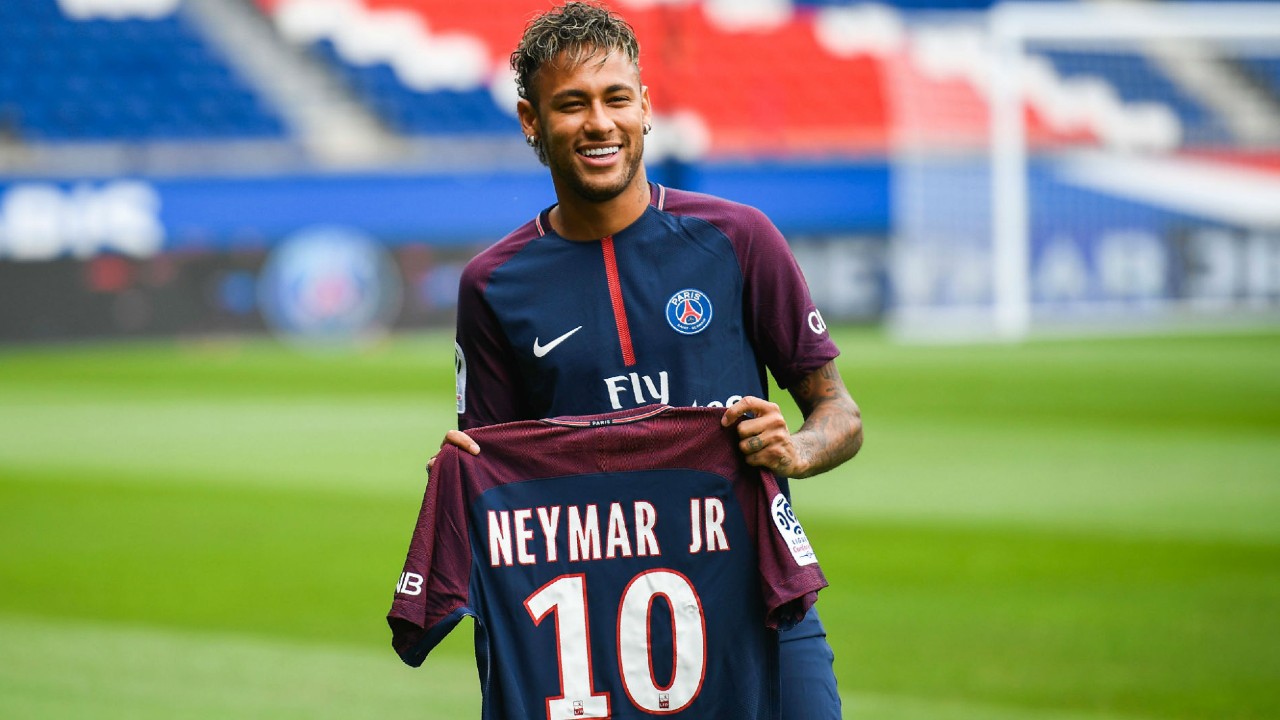 With the sale of Paris Saint – Germain (PSG), struggling in the French League Ligue 1, to Qatar Capital to star players used to but no one expected this much. Even if Barcelona did not want to send Neymar from the team in the 2017/18 season, the French team 222 million euros He signed the star player by paying his release fee. This fee of 222 million euros is also an event in the history of football. your record It meant breaking. This transfer of Neymar still remains the first transfer for which the highest transfer fee is paid.

The World Health Organization (WHO) decided to hold an emergency meeting for the monkeypox virus, which has been seen in...