Berlin The talks with the Greens and the FDP about the formation of a new federal government have not yet really got underway, as the first comrades are already making their demands. “The SPD is a tenant party. That must come into its own in the coalition negotiations, ”said the co-chair of the SPD Left, Ülker Radziwill, the Handelsblatt.

Kevin Kühnert should now judge it in the coalition talks. No easy task awaits the former Juso boss. Building and living, which the 32-year-old politician is in charge of negotiating for the SPD, were central election campaign issues for his party. In terms of content, there are some fundamental differences, especially to the FDP, with the Greens there are many overlaps. Kühnert will probably know how to deal with it, he has the political tools to do it.

Born in Berlin, he owes his political career to the SPD youth organization (Jusos), which he headed for three years as its national chairman. Through them his word has gained weight in the past few years. He even taught established politicians to fear. For example, the incumbent Vice Chancellor Olaf Scholz, for whom Kühnert indirectly spoiled the election as party leader. With his lawyers he supported the leftist candidates Saskia Esken and Norbert Walter-Borjans, who won the fight for the party leadership.

Last year Kühnert gave up the Juso chairmanship for his Bundestag candidacy. In the autumn election he won the direct mandate in the constituency of Berlin-Tempelhof-Schöneberg with 27.1 percent and entered parliament for the first time.

“Part of the establishment”

For some party leftists, Kühnert is still a beacon of hope, someone who can sometimes cause a sensation with pointed positions, for example when he brought the nationalization of large companies like BMW into play. But Kühnert has also changed with his political rise.

As deputy SPD chairman, he was “part of the establishment himself,” wrote the “Spiegel” recently. Perhaps it fits in with the fact that he voted “No” in the referendum on the expropriation of large housing groups in Berlin. Afterwards Kühnert spoke of a “pragmatic consideration”. He also found the proposal “weak in content”.

This form of pragmatism could also shape Kühnert’s work as a traffic light co-negotiator. The trick will be to find compromises with the other future coalition partners that will convince your own party above all.

The SPD politician Radziwill has precise ideas about what must at least jump out of the negotiations for tenants. It demands a federal regulation with a “state opening clause”, which enables federal states to introduce a rent cap or a rent moratorium on tense housing markets.

Demand for own housing ministry

The requirement should actually be entirely to Kühnert’s taste. Not only because the SPD has committed itself to a moratorium on rent in its election program. Kühnert himself campaigned for a nationwide rent cap in tense housing markets after the Federal Constitutional Court had conceded the Berlin regulation in April of this year.

The tilting of the Berlin rent cap is “a lost battle, but the fight against exploding rents is far from over,” said Kühnert at the time. And he promised the tenants: “In the next federal government we want to enforce a rent freeze in all tense residential areas.” 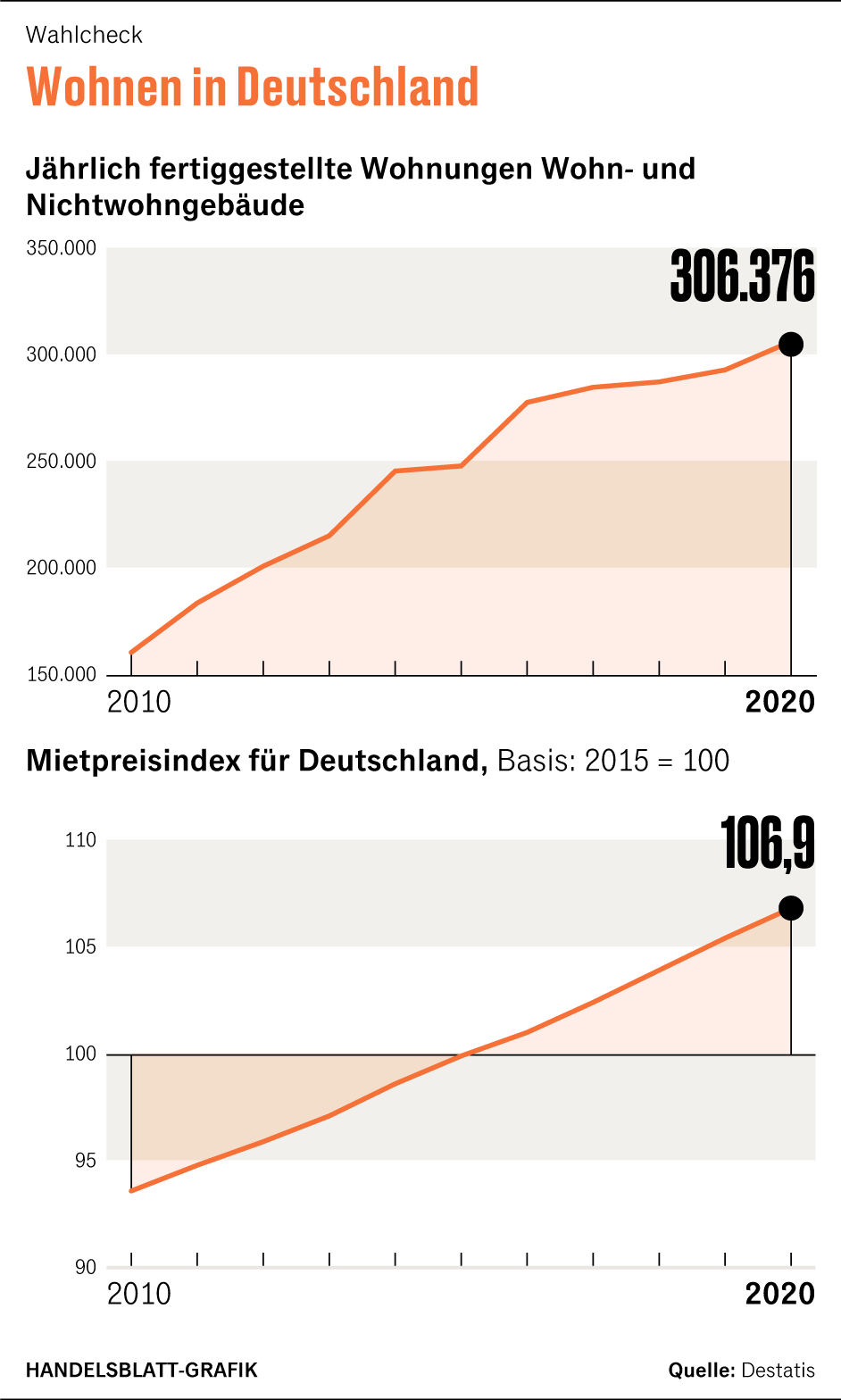 It is questionable whether Kühnert will succeed in the coalition negotiations to really score points on this issue. He should have the Greens on his side. In its election manifesto, the eco-party promises a federal law that will enable “rent ceilings in existing buildings”.

The FDP, on the other hand, strictly rejects intervention in the market. As a result, numerous members of the Bundestag from the Liberals, together with members of the CDU and CSU parliamentarians, obtained the Karlsruhe ruling against the Berlin state law.

The party left Radziwill can do little with such resistance. “Affordable housing is a social question that needs to be answered,” she says. The new federal government must take care of that.

And because the task is not a small one from her point of view, she adds: “Preferably in a separate Ministry for Building and Housing”. But she doesn’t say whether with a department head Kühnert.

More: Housing, property and co .: The new building minister has to take care of these five construction sites.