Berlin For the President of the Federal Network Agency, Klaus Müller, the matter is clear. “The situation can become very serious if we don’t significantly reduce our gas consumption,” said Müller on Thursday in Bonn.

The warning is no accident. Apparently, many consumers have not yet internalized the appeals to save gas that have been made several times by Müller, but also by the federal government. Germany will hardly be able to avoid a gas emergency in winter without at least 20 percent savings in the private, commercial and industrial sectors, warned Müller.

A representative survey carried out by Forsa on behalf of the federal German Energy Agency (Dena) now provides a glimmer of hope. According to this, Germans are in the process of changing their heating behavior due to rising energy costs. The survey provides information on how private households now want to save energy.

In view of the tense situation, two thirds of the 1019 households surveyed are planning to heat or ventilate differently. For example, four out of ten respondents want to turn down the thermostat and pay more attention to heating times. Turning the temperature dial can have a noticeable effect.

Civil engineer Lamia Messari-Becker calculates that, according to a rule of thumb, anyone who foregoes one degree of heat saves five to six percent of energy. This is not arbitrarily scalable, but two to three degrees are usually feasible, according to the professor for building technology and building physics at the University of Siegen. However, the temperature should not drop below 18 degrees. Otherwise, health risks and mold hazards would be promoted.

According to the survey, 32 percent plan to heat fewer rooms. Almost every fifth household (19 percent) is striving to make changes to the existing heating system. The lowering of the so-called flow temperature is mentioned most frequently. What is meant is the temperature to which the heat carrier, usually the heating water, is heated in a heating system. If this is optimally adjusted to the individual conditions in the heating circuit, the heating system works efficiently and economically.

>> Also read here: This is how consumers heat in different regions of Germany

Some consumers are also thinking about larger investments in order to organize their energy consumption more sparingly. Accordingly, 14 percent of those surveyed intend to expand or replace the heating system. Thinking about the purchase of electric radiators (four percent), investing in renewable technologies such as solar thermal energy (four percent) or installing an additional stove or fireplace (three percent). Eight percent of those surveyed are planning insulation measures on the building envelope. 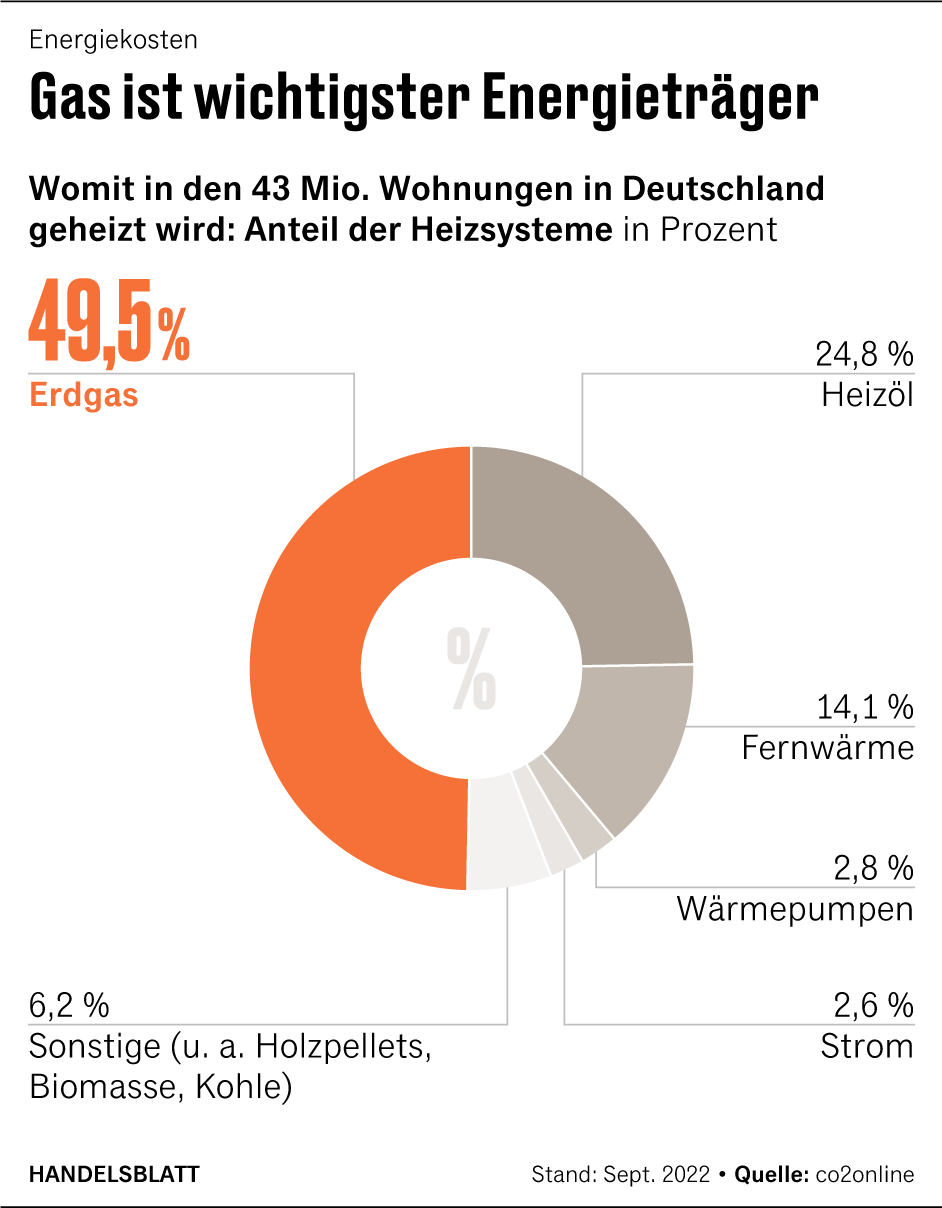 For Dena boss Andreas Kuhlmann, the survey shows that the crisis has reached almost all households, causing uncertainty, but also causing a lot of activity. He is critical of the fact that there are still clear deficits in the level of information about the best options for action. “Here I see a lot of savings potential for the coming winter by intensifying communication with a stronger and, above all, more focused focus on the right target groups,” said Kuhlmann.

According to the survey, only about half of those surveyed currently feel well informed about how heating energy can be saved in the home. The preferred sources of information for those surveyed on the subject of energy are friends and colleagues, energy suppliers and municipal utilities, and consumer organizations.

More: Why electric fan heaters could exacerbate the lack of gas

View of the WTO building The World Trade Organization should decide on the cases. (Photo: imago images/Andreas Haas) Brussels In...