Google’s cloud gaming platform Stadia has been officially shut down. Google made a statement last year and said that it would pull the plug on the uninteresting platform.

US-based technology giant Google announced a revolutionary innovation for video game enthusiasts a few years ago. Yes, Google StadiaWe’re talking about. The service, which carried the video game experience to cloud technology, eliminated the necessity of the players to a PC or console. But come on, Google Stadia has not reached the desired level. Today, Google is Stadia’s officially announced the closure.

According to Google’s statement last year, Google Stadia, Didn’t get enough attention from the players.. As such, Google, which does not want to spend more resources, decided to use Stadia. completely shut down. Players can no longer access this service. This situation does not concern the players in our country, because Stadia, He had not already come to Turkey.… Even though Stadia doesn’t dust as much, services such as GeForce Now that existed before it continue to exist, and they also meet gamers in Turkey.

When you enter Google’s website created for Stadia, the address “ggWe see the addition of “. Players know; the phrase gg means “good game” in the game world. The explanation is as follows:

For choosing our platform to play games we thank you. Stadia closed on January 18, 2023.

It was not surprising that Google Stadia was shut down! 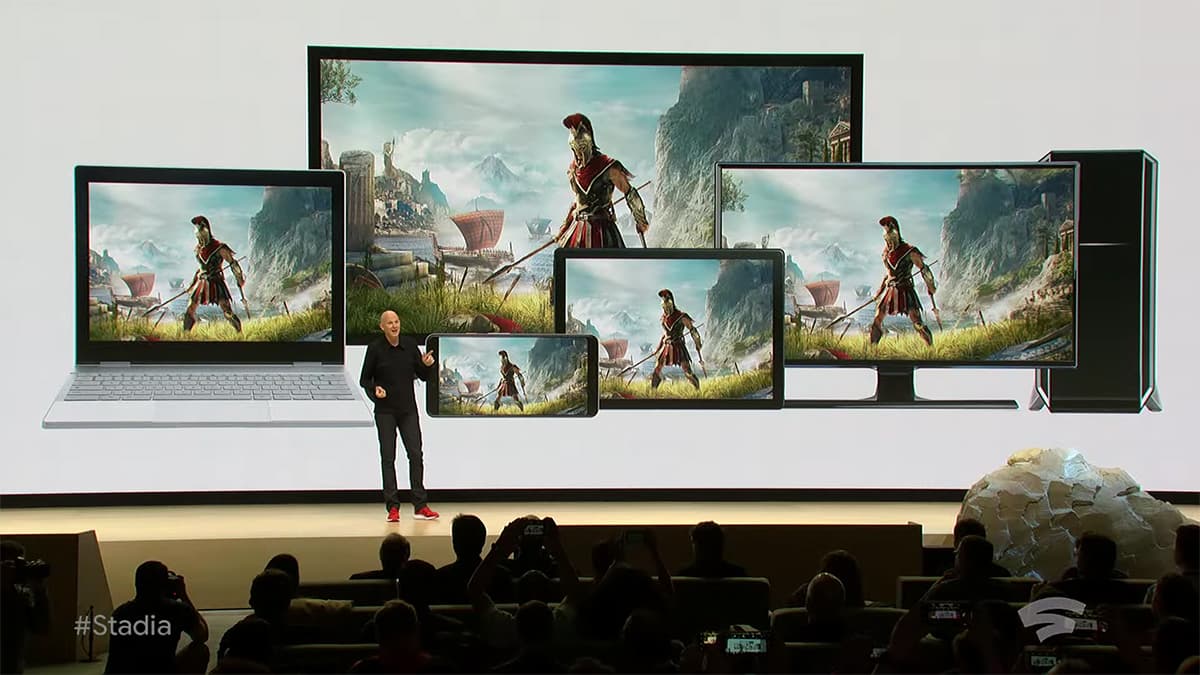 Players who subscribed to Google Stadia did not have to own a good computer or console. Accessing the games on the platform was only through cloud servers. However, something was forgotten here. To use cloud services very strong internet infrastructure was needed. The purchasing power of countries with ultra-good internet infrastructure was generally high. So players will not need Google Stadia anyway, from their console or PC. they would continue. So it was, Google was crushed by the popularity of gaming tools like PlayStation, Xbox or PC and had to withdraw from the market.

What was the Google Stadia price?

Google Stadia had two different packages. One of them is Stadia Pro and the other is the Premiere Edition. Stadia Pro monthly 9.99 One-time for Premiere Edition $129 After making the payment, it was necessary to continue to pay $ 9.99 regularly every month. 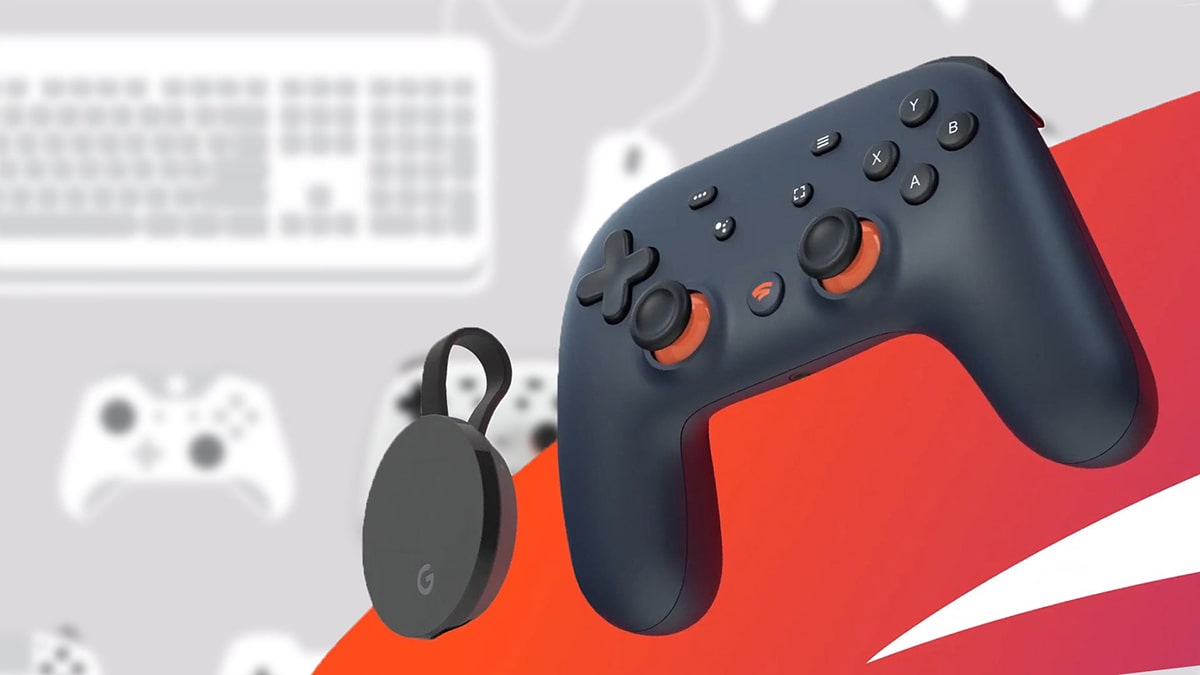 Stadia Pro is a must-have for anyone who wants to use Google Stadia without paying for the games separately and renewal every month It was a required membership system. In addition, there was no service other than using Google Stadia with Stadia Pro. On the other hand, the Premiere Edition offered a number of privileges.

So how did Google Stadia work? 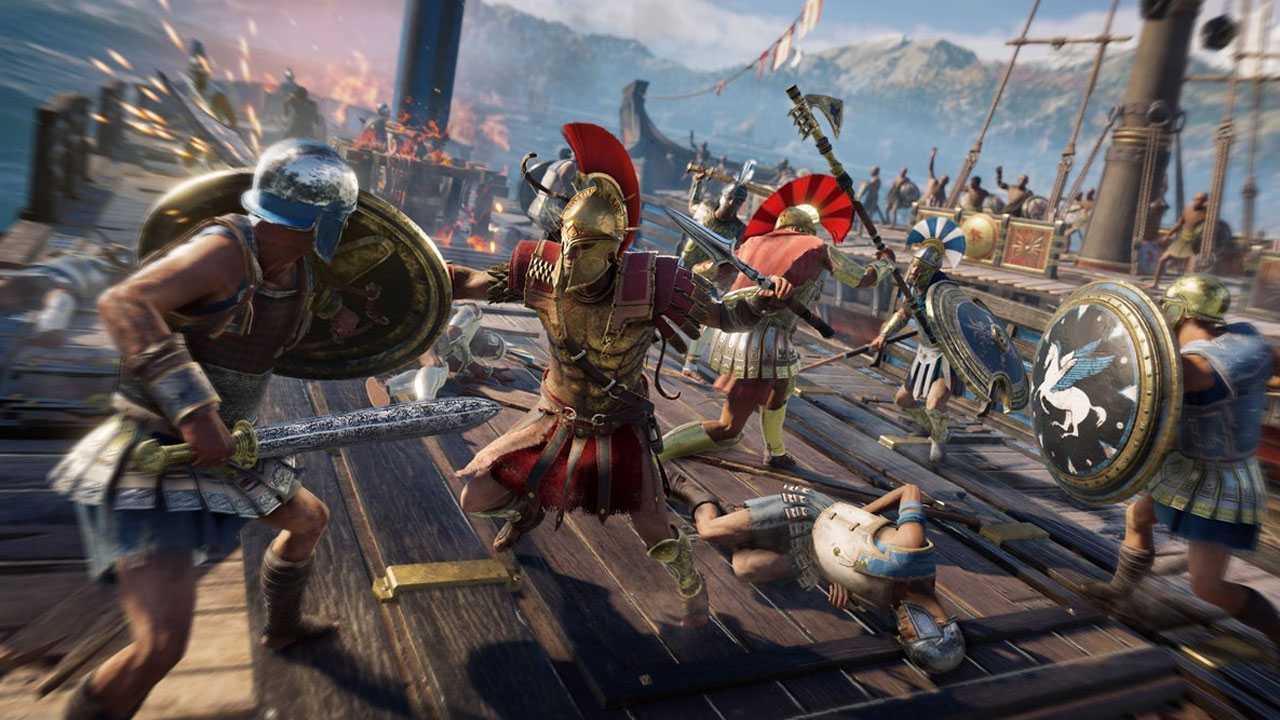 Cloud-based game services render games on their own servers. Then it sends the information it processes to your device. This is exactly why you don’t need powerful hardware when playing games. So by paying a monthly fee for Google Stadia rentable We could describe it as a gaming computer. 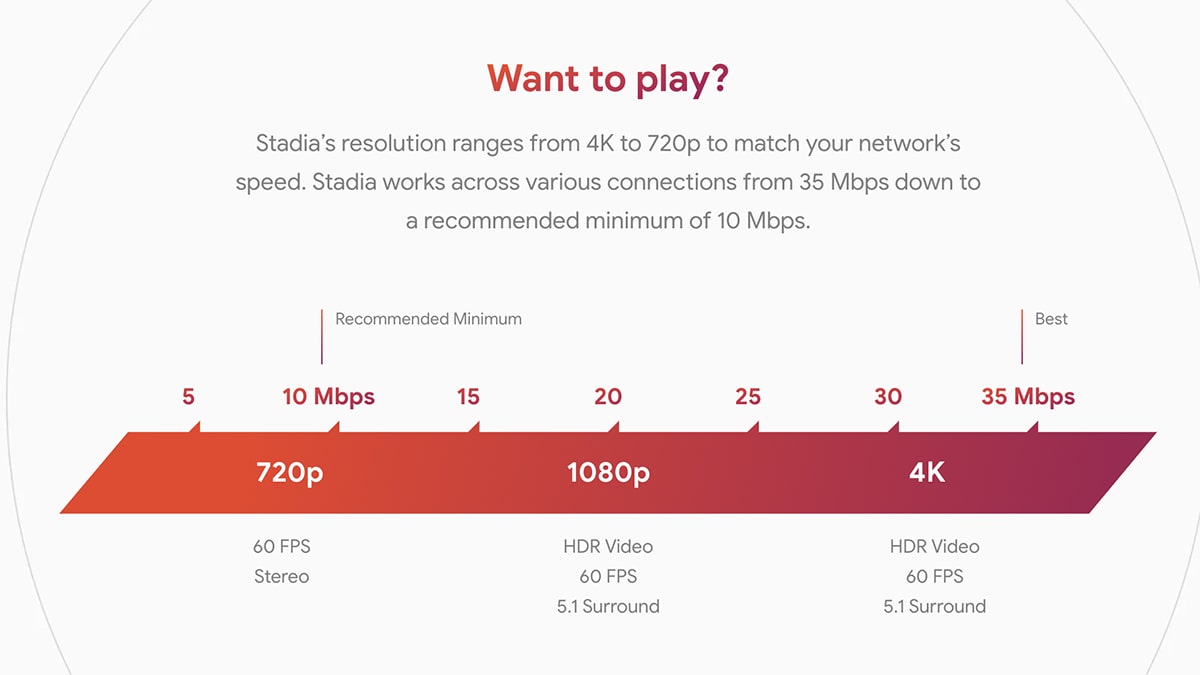 Google Stadia could be used not only on computers, but also on products such as smartphones, tablets and televisions. 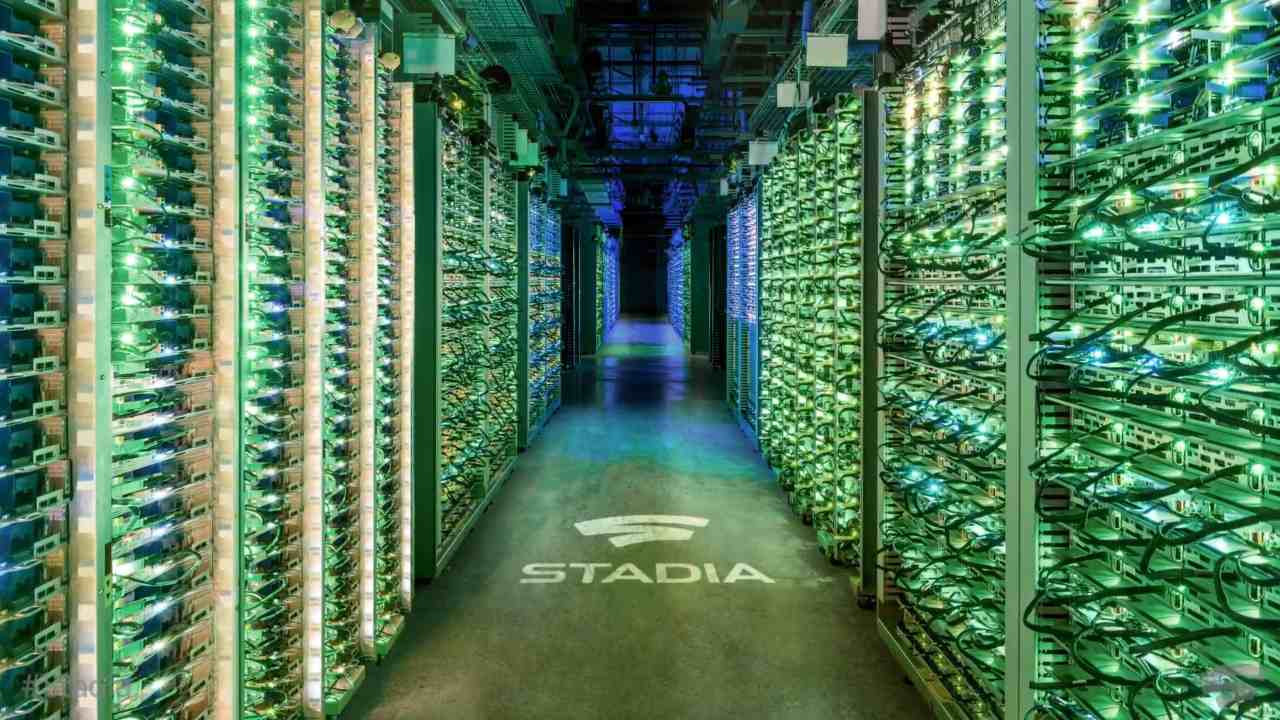 on Google Stadia 2.7GHz A processor specially produced for Stadia was used. As a graphics card, there was a hardware specially produced by AMD. AMD graphics card instead of GDDR6 as memory type HMB2 was using. Compared to GDDR6, HMB2 was ahead with its ability to deliver better performance while using less power. In addition, Google Stadia had a memory of 16 GB, which was shared with the processor. Also for storage cloud SSD method was preferred. In other words, the information sent to the user is processed on the SSD by Google, so there was a significant decrease in the waiting screens in the games.

How much internet did Google Stadia spend? 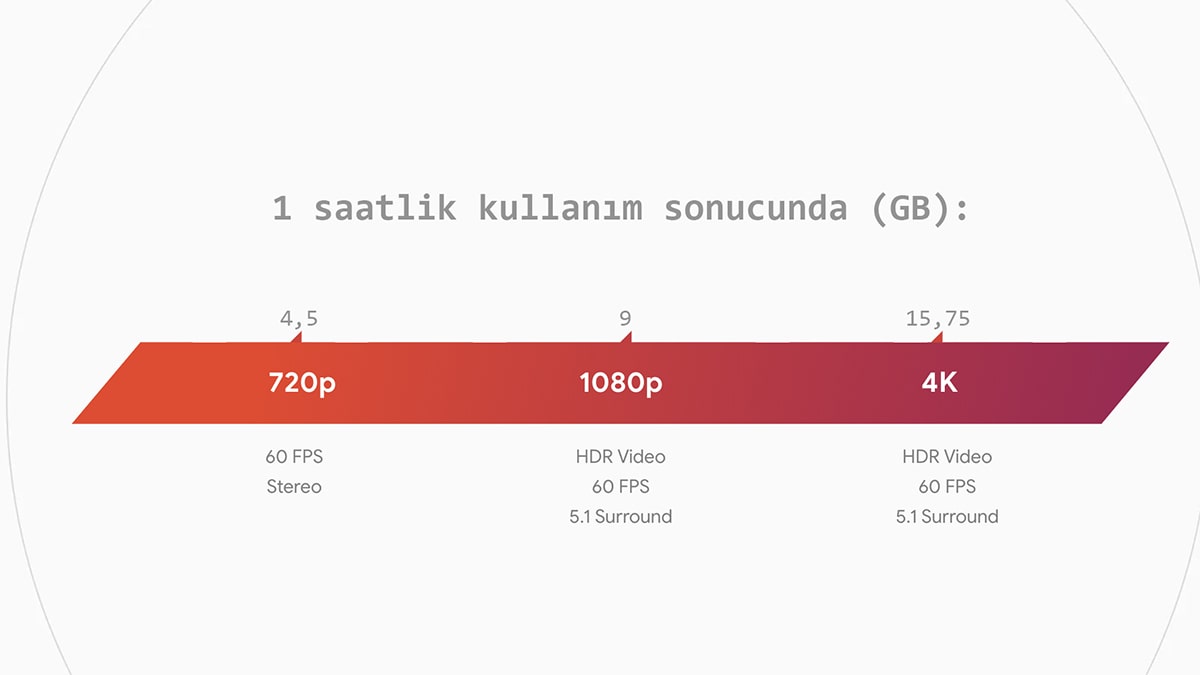 The hardware requirement to play the game was eliminated. But this time, another necessity came. This requirement is a strong, unlimited and stable internet connection. An hour of 720p 60fps gaming on Stadia would use 4.5GB of internet. This value is 9GB at 1080p 60fps, and hourly at 4K 60fps 15.75GB would be. So using Google Stadia with a usage limit internet connection would probably become impossible after a few days of use.

What games were on Google Stadia?

What were the players thinking?

Google launches Stadia platform Gamescom 2019presented to the experience of the players. Afterwards, he shared the reactions of the players who experienced Stadia on his official Twitter account. In the 40-second video, people who tried it were asked what they thought of Stadia. The comments were that the gameplay was fluid, or even that it was not understood that it was played over the cloud.

Of course, these comments were purely subjective. So a delay that one person did not feel could be felt by another…

Intel, one of the leading companies in the processor industry, has set important targets for 2023. While the company was...