In the world; When we say Scandinavian, Greek, Turkish and Egyptian, we witness that there are dozens of mythologies and some of these mythologies are still very popular today. So much so that the books, movies and even plays of these mythologies began to appear much more frequently. We are here with a new list of 10 games about Greek mythology, one of the most popular mythologies.

Mythology is now an inevitable reality in the game world. aka ”myth scienceThis branch, which is called ”’, has an infrastructure suitable for games as it hosts different cultures with many extraordinary elements and interesting stories.

Although the games are based on these myths, they are largely not faithful to the original story and create their own stories within the mentioned world. For example, although there is a character called Kratos in Greek mythology, it has nothing to do with Kratos we know from the God of War series and we know him. Kratos is a fictional character. So, without further ado, let’s get to our list.

10 games based on Greek mythology

This epic war, which took place in Troy with its old name and in Çanakkale with its current name, was about the Greeks’ attack on the city of Troy, after the Trojan Prince Paris kidnapped the beautiful Helen, the wife of the Spartan King Menelaous. we all know the famous Trojan horse The Trojan War, which was the birth point, had a new strategy game with the Total War formula that we are familiar with.

A Total War Saga: Troy, unique where you can command huge battles and it’s a game where you can apply the sentence “I will avenge Hector”, which many of us had at least once when we were little, together with your comprehensive strategic tactics. Then we have just one question for you. Will you be the one who saves or conquers Troy? 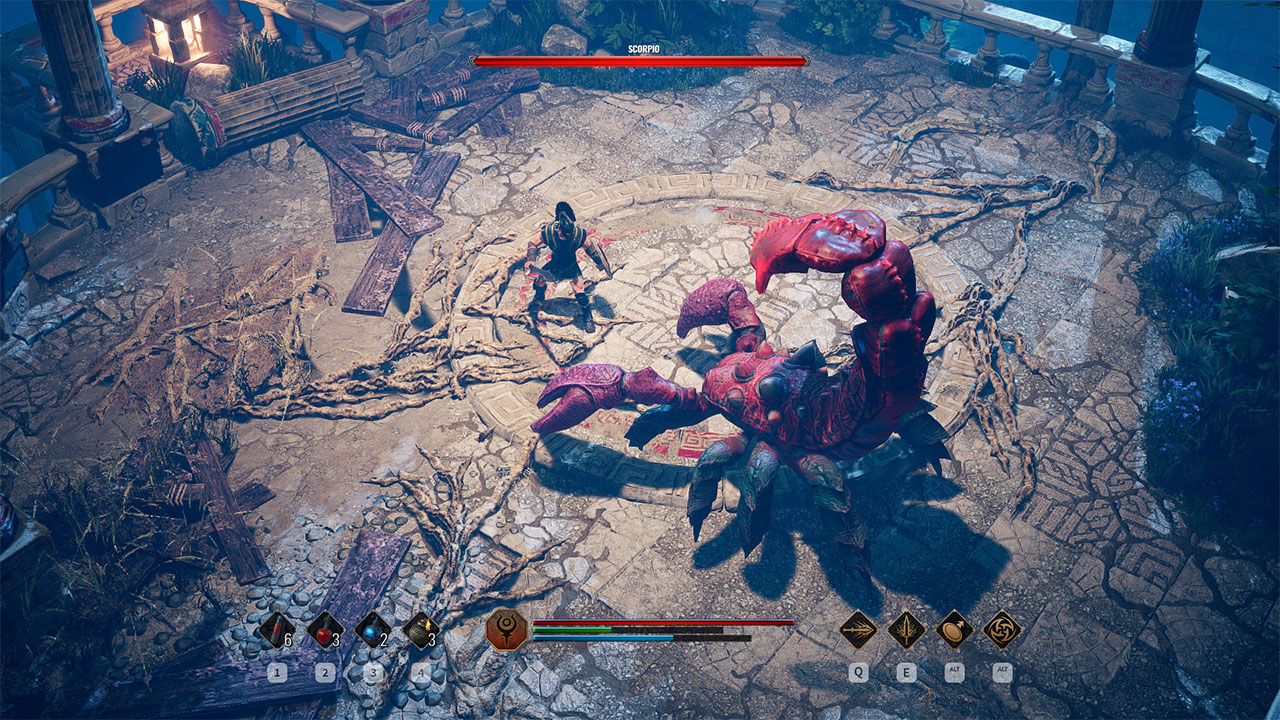 Achilles, the world’s greatest warrior and a demigod, embarks on a grueling journey to settle the conflict between Hades and Ares. A souls-like action role-playing game Achilles: Legends Untold is still an early access game.

The production, which draws attention with its Souls structure, its interesting story about Greek mythology and the co-op option you can play with your friends, also has many shortcomings as it is an early access product. in the first quarter of 2023 Achilles: Legends Untold, whose full version is expected to be released, may be one of the best options for those who are looking for a souls-like game based on Greek mythology. 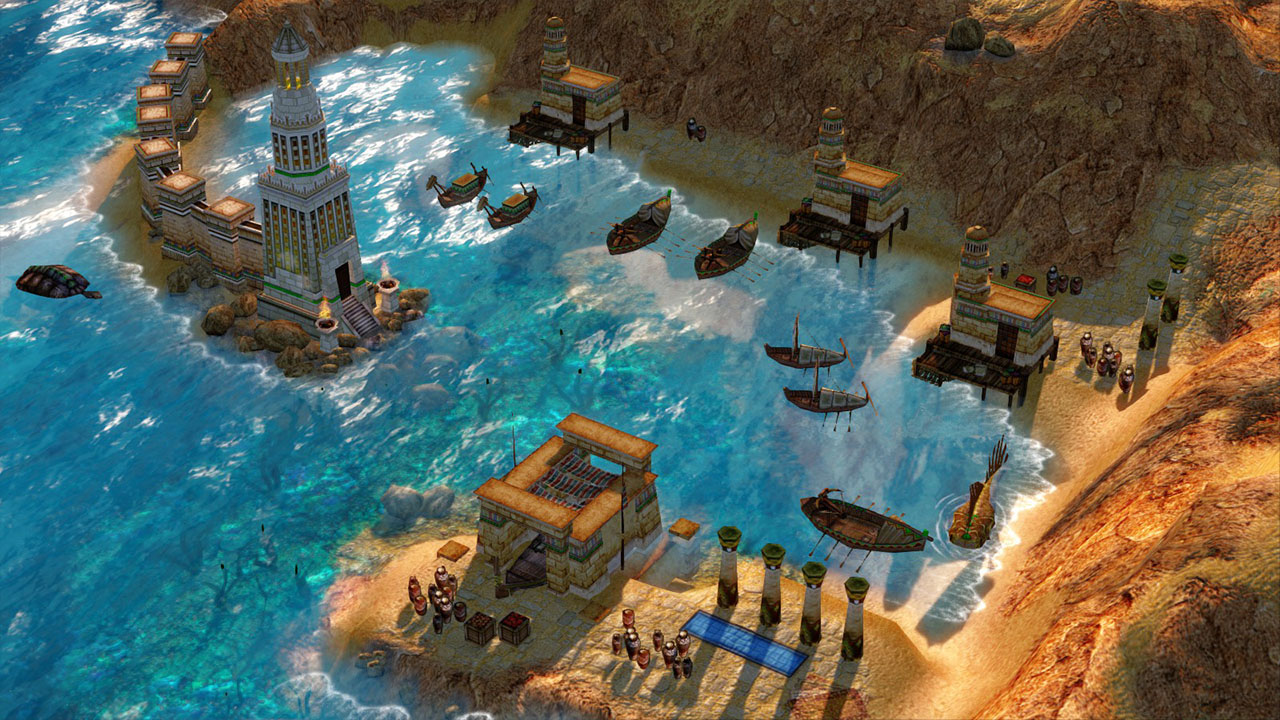 Age of Mythology, the oldest game on the list, is one of the productions that many game-lovers are secretly waiting for its second game. Although the game also contains Egyptian and Scandinavian mythologies on Greek mythology It has many elements and characters.

Who said games are not art?: Apotheon 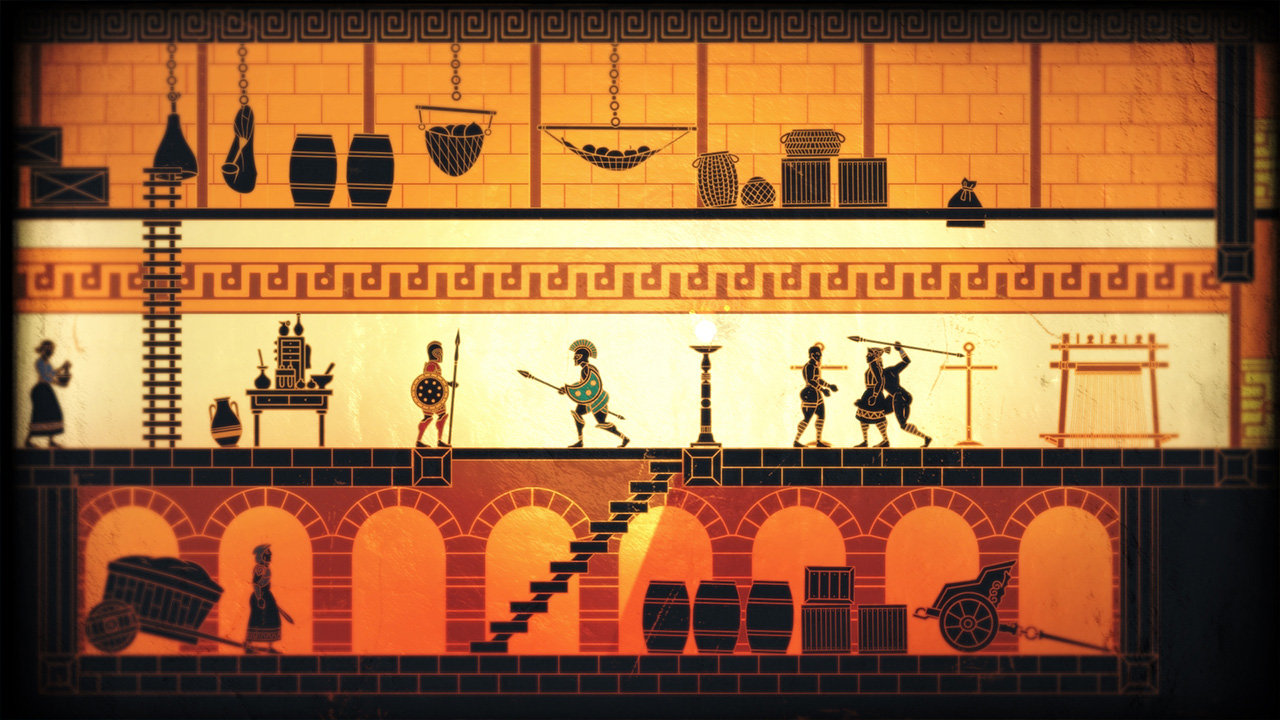 Composed of ancient Greek pottery with your own original art design Apotheon, which managed to attract the attention of players, is a two-dimensional action game based on Greek mythology. Our main character, who sets out to take revenge after the gods abandoned and punished people, will face a difficult adventure.

With a simple and fun story, an average of eight hours of gameplay, and an easy-to-learn, hard-to-master control scheme, Apotheon A platform game based on Greek mythology It is one of the best options imaginable.

What would you say if we told you that you could meet Socrates?: Assassin’s Creed Odyssey 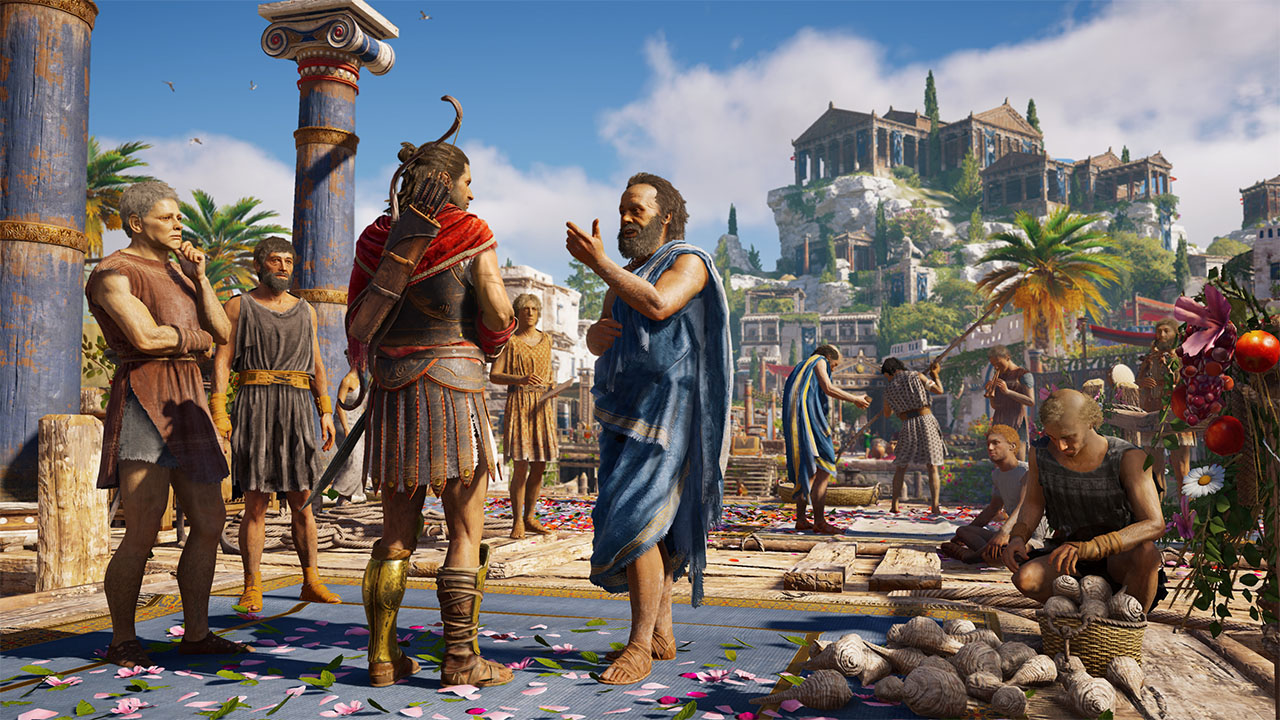 As gamers, although we are swayed by Ubisoft from time to time, it is a company that many of us secretly love. Taking the adventure of Ancient Greece to a whole new level with Assassin’s Creed Odyssey, Ubisoft has managed to build one of the most comprehensive mythological open worlds in the game world. Assassin’s Creed Odyssey; huge world, magnificent landscapes and ancient structures It can amaze you with it.

Assassin’s Creed Odyssey, where you will participate in epic battles, encounter legendary mythological creatures and embark on a long adventure, with hundreds of hours of content We can say that it is one of the few games that offers.

A series that started with Greek mythology and continued with Norse: God of War 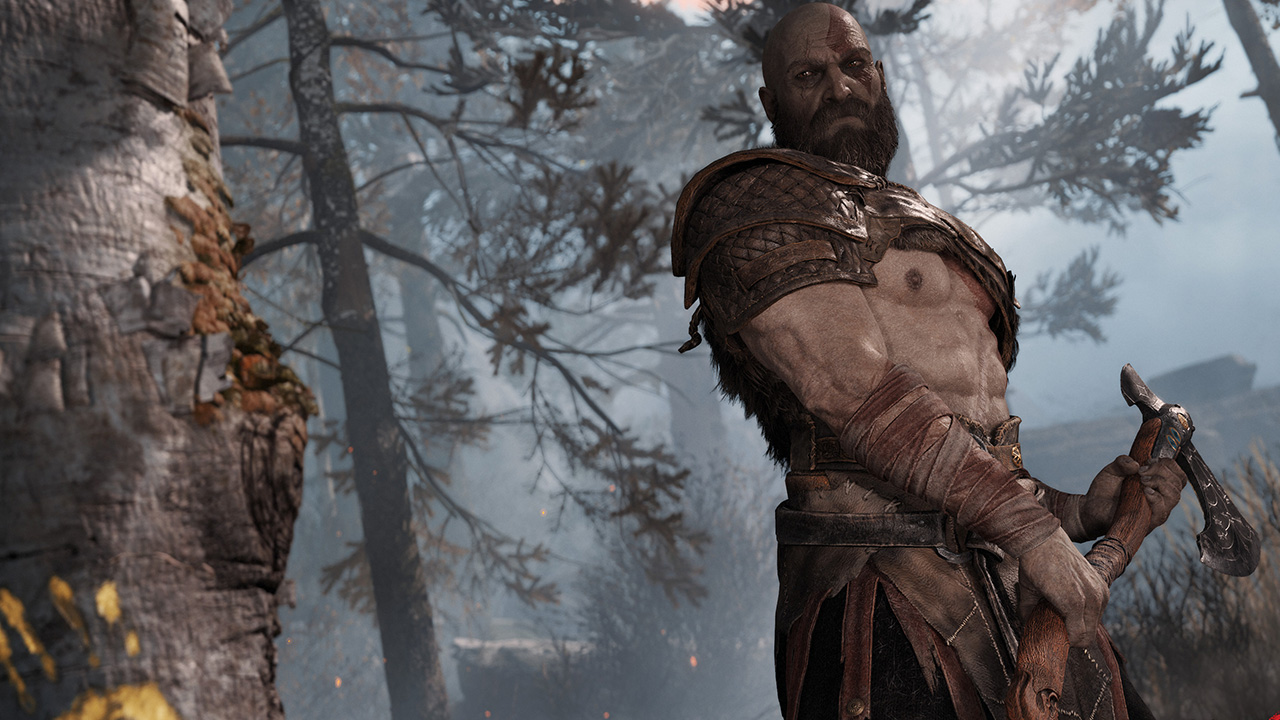 We all know God of War, one of the most popular series of PlayStation and the game world. The series first appeared in 2005.consisted of combo-based action-adventure games that included plenty of puzzles and attracted attention with their “hack and slash” structure.

Demigod Kratos, son of Zeus his dark story The series, which tells us how “God of War” is and shows us how he is a “God of War” with an action-packed adventure, went through a serious renewal with God of War, which was released in 2018, and made a huge impact in the game world. With the new God of War, Kratos has now left the Greek lands and a brand new page has been opened with Norse mythology. Despite this, it is worth noting that Kratos is a Greek god and the play has plenty of references to Greek mythology.

Are you ready to be the prince of the underworld?: Hades 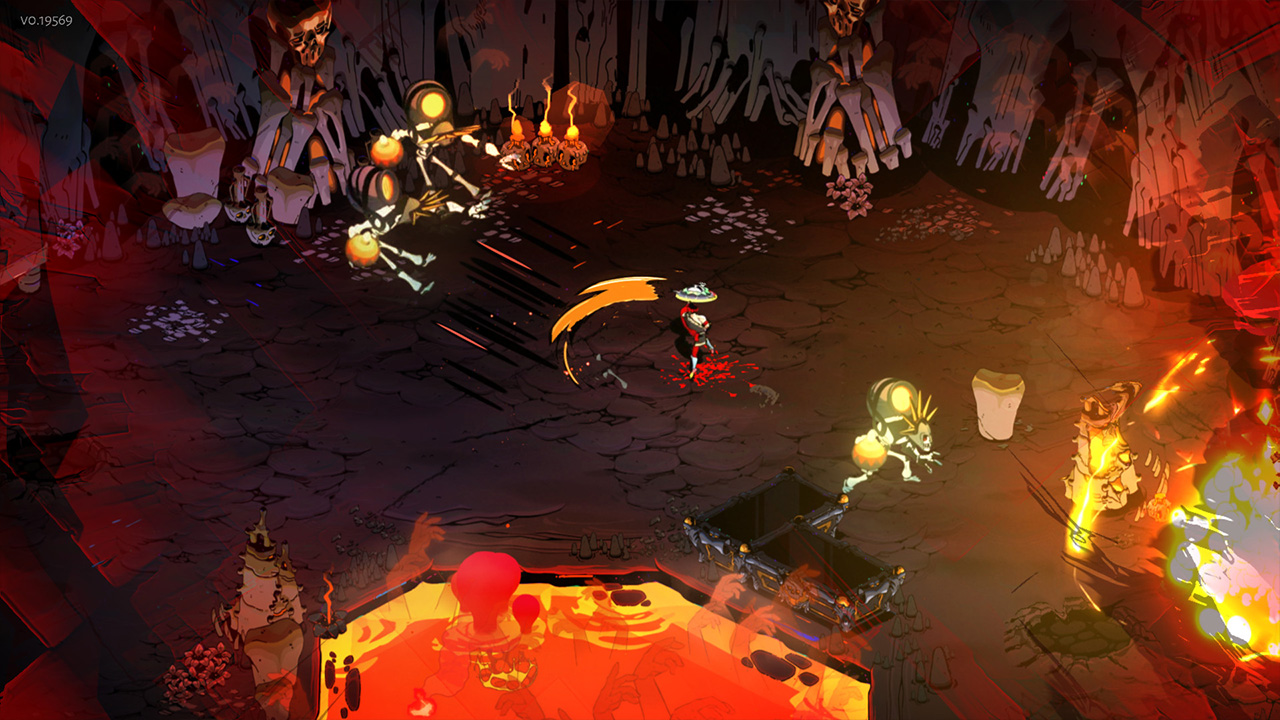 Do you remember the famous line “The sky falls to Zeus, the seas to Poseidon, and the underground falls to Hades” from many movies you have watched before? Hades, Ruler of the Dead and King of the Underworld In the game where we play as Zagreus, we rebel against our father and try to escape from the Underworld.

Hades, which has become one of the most popular games of the past years, besides its “rogue-like” structure we are not used to this kind of He stood out with his detailed storytelling and managed to endear himself to the players with his very fluid gameplay. The game, which plays itself with its successful voiceovers, great music and atmosphere based on Greek mythology, is a very good option for those who love the rogue-like genre or those who want to log in for the first time. 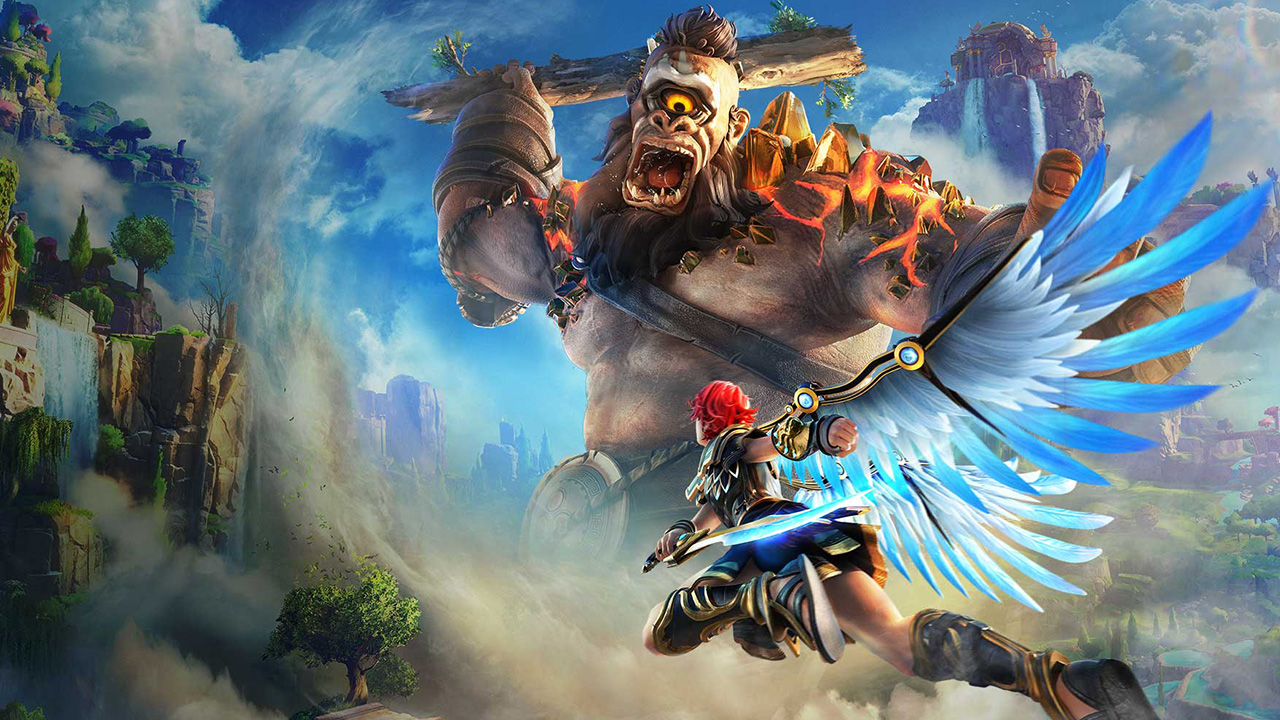 Standing out with its open world, plenty of puzzles and storytelling from the eyes of the gods, Immortals Fenyx Rising is the famous saving the greek gods It’s about a journey we embarked on. The game, which will reach divine powers and fight against many mythological creatures with these powers, promises a fun adventure with its sweet graphics.

Battleground of the Gods: SMITE 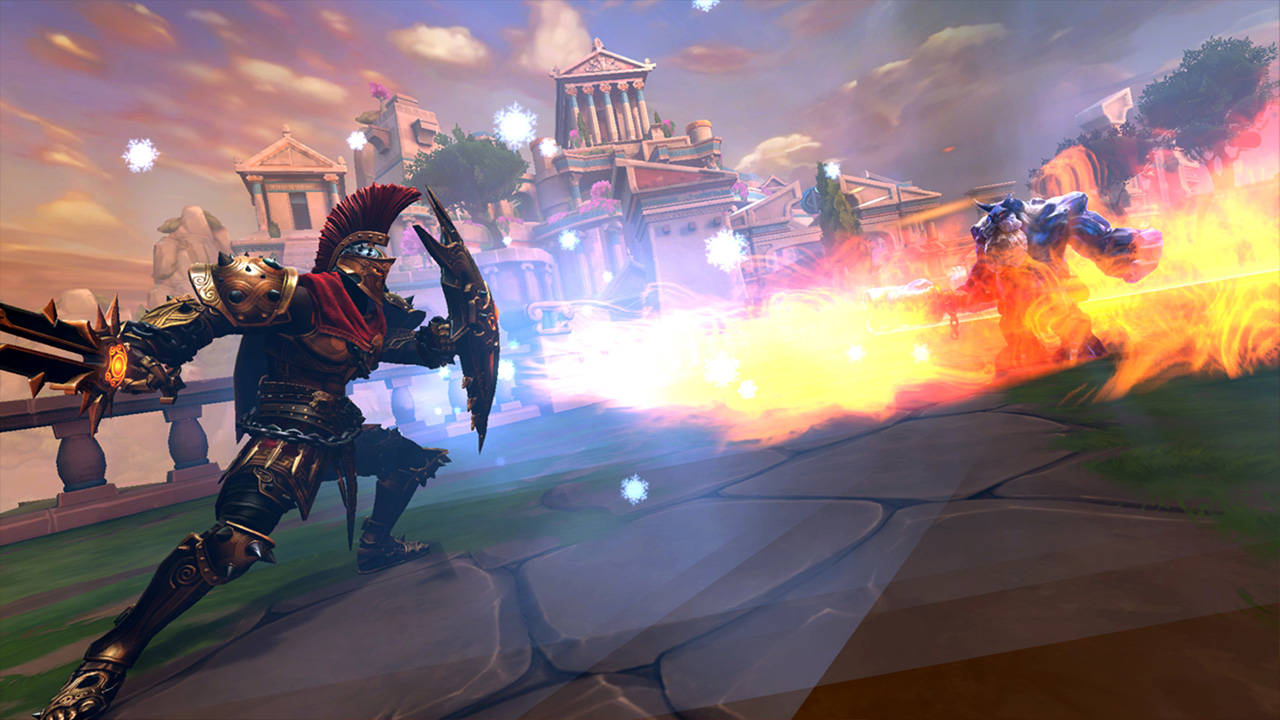 Smite is a free-to-play online multiplayer battle arena (MOBA) game with a third-person perspective. The game, which contains games of gods and elements from many mythologies, Over 100 playable gods is hosting.

from Greek mythology; Game featuring Zeus, Hades, Poseidon and many playable characters, a free multiplayer experience Perfect for gamers in search of it. 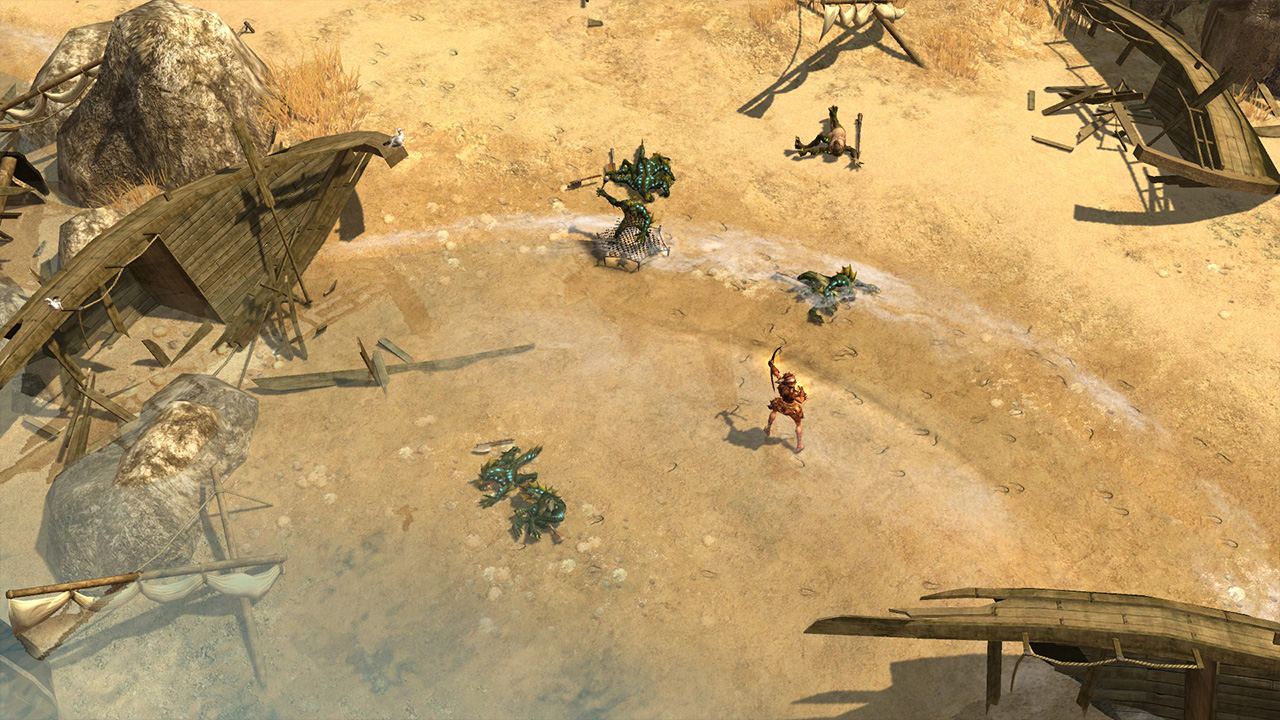 Titan Quest, another game that has not worn out for years, has received various updates under the name of Anniversary Edition and has been adapted to the present day after its release in 2006. One of the best games like Diablo production called one. It contains adventures from Ancient Greece, Egypt and Asia.

Titan Quest, an action role-playing game with Hack and Slash gameplay, Many content focused on Greek mythology and has a gameplay element. The game, which is memorable with its diversity and unforgettable music, is not to be missed for players who love this kind of productions.