These 2 Altcoins On Binance Could See Big Volatility!

I Got It From This Altcoin Project! Big Names On It

How do I recognize a narcissistic boss? Eight Signs to Help You Spot a Narcissist

How high & expensive is it for consumers?

Investors are left with certificates of Russian shares

Big Reference Campaign from Bitexen: 20 BTXN Gifts Worth 120 TL for You and Your Friend for Each User You Bring

Berlin Federal Transport Minister Volker Wissing (FDP) has distanced himself from his ministry’s considerations of increasing the purchase premium for electric cars and a scrapping premium. Wissing said on Deutschlandfunk that he had neither made any suggestions nor was he planning any. The FDP politician emphasized that he was rather striving for a switch to climate-neutral mobility with the help of market-based incentives.

Wissing is reacting to internal party criticism. The plans also met with strong opposition in the FDP parliamentary group. The deputy leader of the parliamentary group, Carina Konrad, told the Handelsblatt: “It was not for nothing that we were able to push through a cross-sectoral view of the CO2 reduction targets in the coalition agreement. This makes it clear that neither an economically and ecologically nonsensical scrapping premium nor a higher purchase premium will come.”

In order to be able to achieve climate protection, independence from energy imports and a perspective for the German automotive industry in equal measure, market-based incentives would have to dominate.

Konrad campaigned for synthetic fuels, so-called e-fuels, to be approved “quickly”. “Above all, however, the federal government must vigorously advocate further emissions trading at EU level and fight for cross-sector emissions trading to set uniform innovation signals from 2030 onwards.”

The economic politician Lukas Koehler wrote via Twitter: “The FDP stands for a market-based and technology-neutral climate policy. We will therefore end the subsidies for e-cars in the future and reject ecologically and economically nonsensical scrapping premiums.”

On Monday, the Handelsblatt reported on Wissing’s climate plans. Accordingly, the FDP politician plans to extend and significantly increase the planned purchase premium for purely battery electric vehicles or fuel cell cars until 2027. Anyone who buys a car with a maximum purchase price of 40,000 euros will in future receive almost twice as much instead of 6,000 euros: 10,800 euros and thus more than 25 percent of the purchase price.

In addition, there is the subsidy from the manufacturers of 3000 euros, which they should also continue to grant until 2027. For more expensive vehicles up to 60,000 euros, the minister is planning a premium of 8,400 euros instead of the 5,000 euros promised today.

From the second half of 2023, buyers will have to scrap a combustion engine car that is at least eleven years old in order to receive full funding. The value of the scrapping premium should be around 1500 euros.

In contrast to Federal Minister of Economics Robert Habeck (Greens), Wissing wants to promote the purchase of plug-in hybrids until 2024 and not end it this year. However, he wants to halve the subsidy to 2250 or 1875 euros. 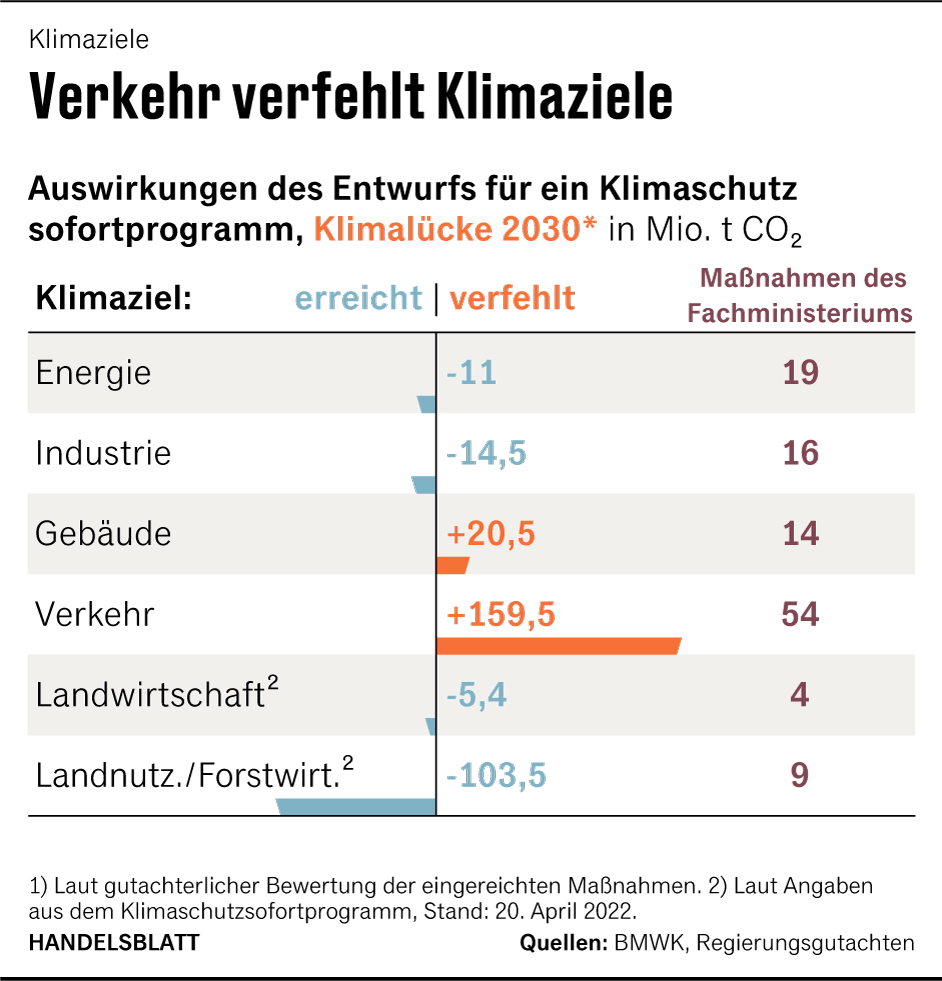 One thing is certain: even with this massive subsidy, the transport sector will not achieve its climate goals. A panel of experts (headed by Fraunhofer ISI) headed by Minister for Climate Protection Habeck came to the verdict. The annual CO2 savings would be “estimated by the BMDV at up to five million tons”. “The financing requirements of the instrument were not specified by the BMDV,” it said.

>> Also read here: The inconspicuous: Why the FDP ministers are currently hardly noticed

“However, the funding requirement of around 60 billion euros is mentioned in the accompanying material for modeling the BMDV”. The experts even come up with a value “of a total of 73 billion euros” and a climate effect of “maximum” four million tons per year. Accordingly, Minister Habeck also rejects Wissing’s proposal.

The SPD had previously registered resistance, as had environmental groups. Consumer advocates also opposed the move.

Marion Jungbluth, mobility expert at the Federal Association of Consumers (VZBV), demanded: “The subsidy for the purchase of an electric car must expire soon.” It is now the turn of the car industry to bring “attractively priced” vehicles onto the market, she told the Handelsblatt.

Jungbluth emphasized that the state had sufficiently promoted electromobility. Now the money is needed for the expansion of local public transport (ÖPNV) and the railway network as well as for the charging infrastructure.

Jungbluth also rejected a scrapping bonus: “In times of a resource crisis, a car scrapping bonus that makes functional cars disposable would be fatal.” still more expensive to buy an electric car.

The federal government’s immediate climate protection program should be available in the summer. This includes measures on how Germany intends to achieve its overall climate goals by 2030. The transport sector has currently reduced the least CO2 and still has to save at least 271 million tons with measures.

More: Municipalities versus Wissing: “We are not petrol station operators”

Bitcoin entered the new week above $24,000 with the highest weekly close in the last 2 months. Following this, altcoin...