In the 15th century Europe, the influence of Christianity had diminished and was replaced by the pagan belief, which we see as mythology today. One of the biggest signs of this change is the painting called The Birth of Venus, made by the Italian painter Sandro Botticelli. The Birth of Venus painting contains hidden truths behind it.

Sandro Botticelli, an Italian painter who lived between 1445 and 1510, created some of the most important works of his time. The 15th century is a strange time for Europe because the pressure of the church is increasing on the one hand, but on the other hand, the people turn away from Christianity and turn to ancient mythologies, which are seen as pagan beliefs. He embodies this orientation in his numerous paintings. One of Botticelli’s most famous works is The Birth of Venus.

Of course, when we look at it today, it is difficult to understand exactly where paganism is in the Birth of Venus painting, but considering that under the conditions of the period, painters performed their art by painting on church walls, Botticelli’s painting of a Roman goddess is quite a big event. The Birth of Venus by Sandro Botticelli Let’s take a closer look and see some of the hidden truths behind it.

Interesting facts about Sandro Botticelli’s The Birth of Venus:

The Birth of Venus is one of the first works on canvas:

The years 1482 – 1486, when Sandro Botticelli painted The Birth of Venus, are called the Early Renaissance. During this period, most of the artists were painting murals or because they found much more buyers and were durable. They preferred to paint on wood. Canvas, on the other hand, was cheap at that time, but it didn’t look like the canvas we know today. Nevertheless, Sandro Botticelli preferred a canvas measuring 172.5 cm × 278.5 cm for the Birth of Venus.

The nudity presented in the painting was unusual for the time: 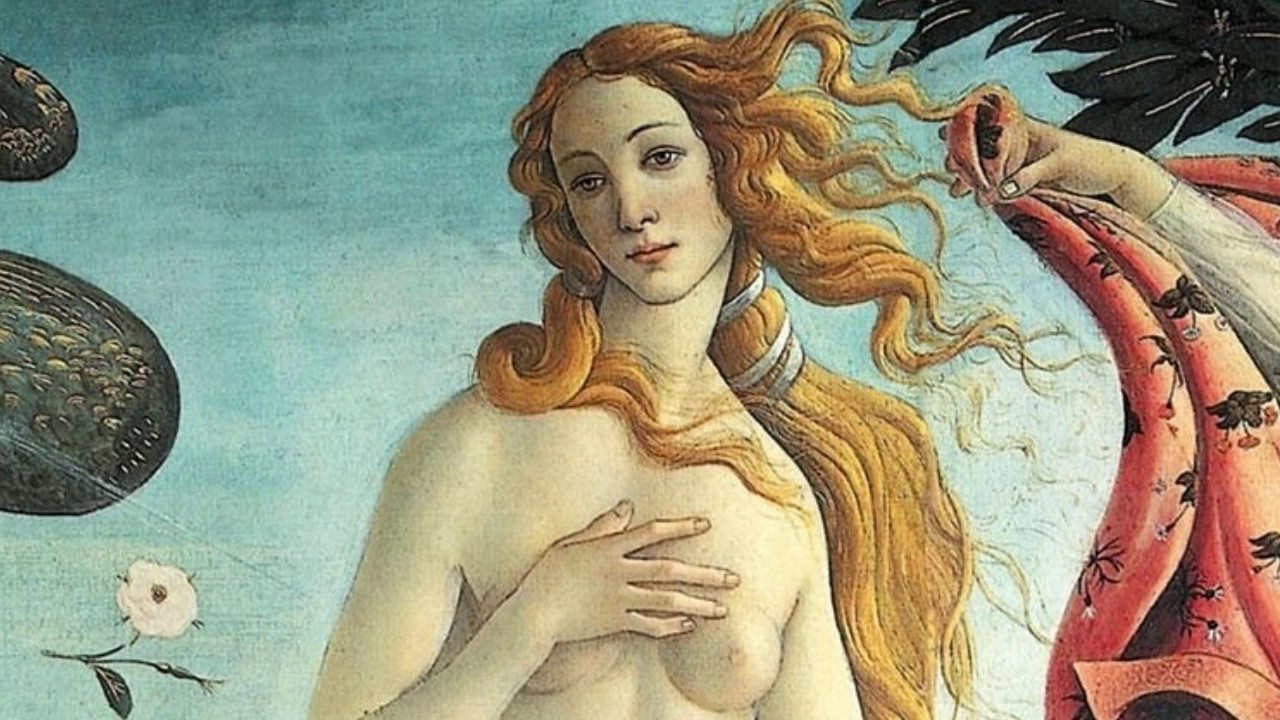 Although many important works were produced in 15th century Europe, Sandro Botticelli’s The Birth of Venus is unlike any of them. because Venus, the Roman goddess of love, is the main figure of the painting. pictured completely nude. It was the only example of this kind of nudity at a time when the church was dominant and the paintings were often nurtured by religious figures. With the emergence and spread of the movement of humanism, this taboo disappeared.

Venus is not the only goddess in the Birth of Venus painting: 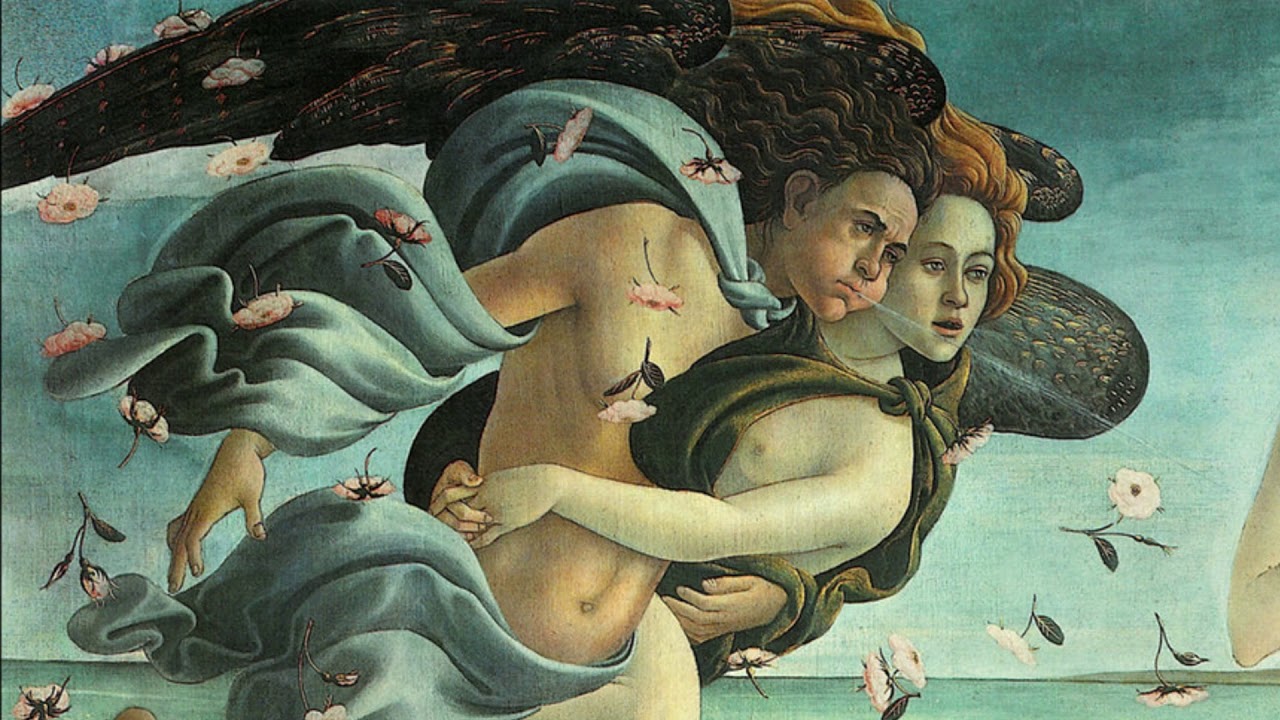 The Birth of Venus painting also has a twin painting called La Primavera: 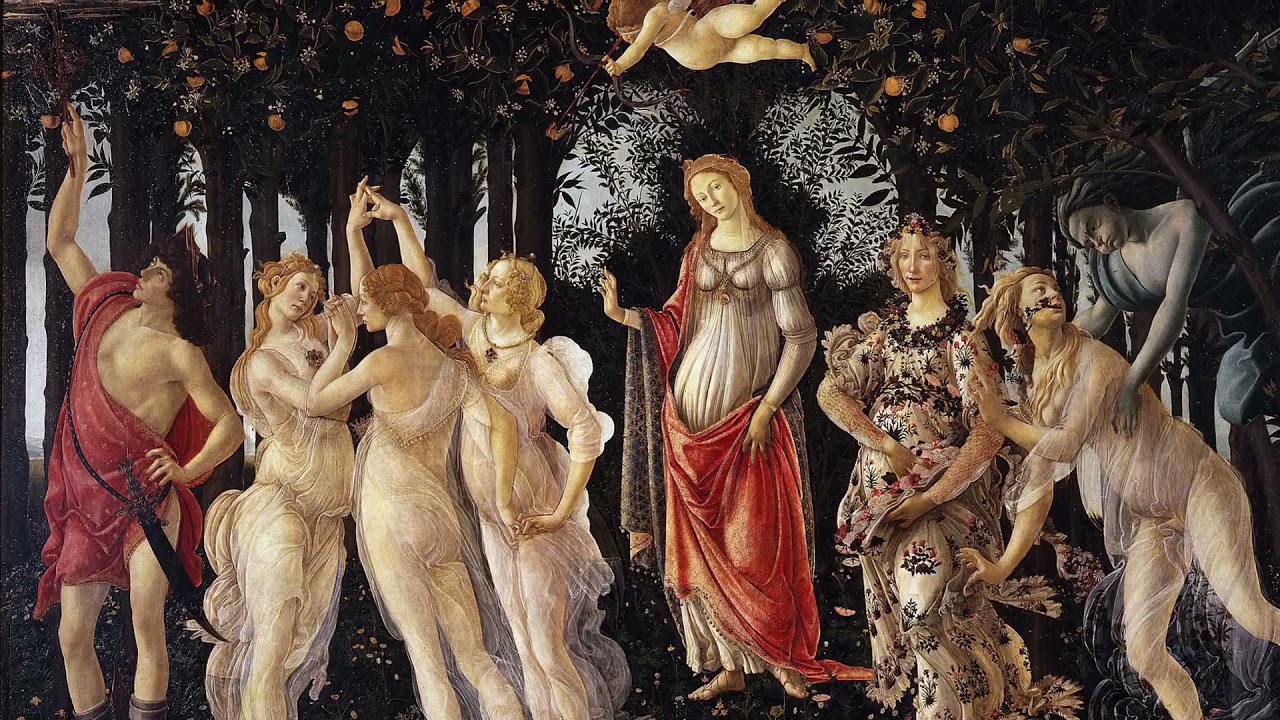 Sandro Botticelli tells the story of the birth of the goddess Venus, as the name suggests, in the painting The Birth of Venus. There is another painting called La Primavera, which Botticelli drew right after this painting. This table It has a similar composition to the Birth of Venus but this time Venus is clothed and flowers are blooming around her. According to some art historians, when looking at the story told by these two works, the order of drawing should have been the opposite.

The painting almost disappeared due to bad varnish use: 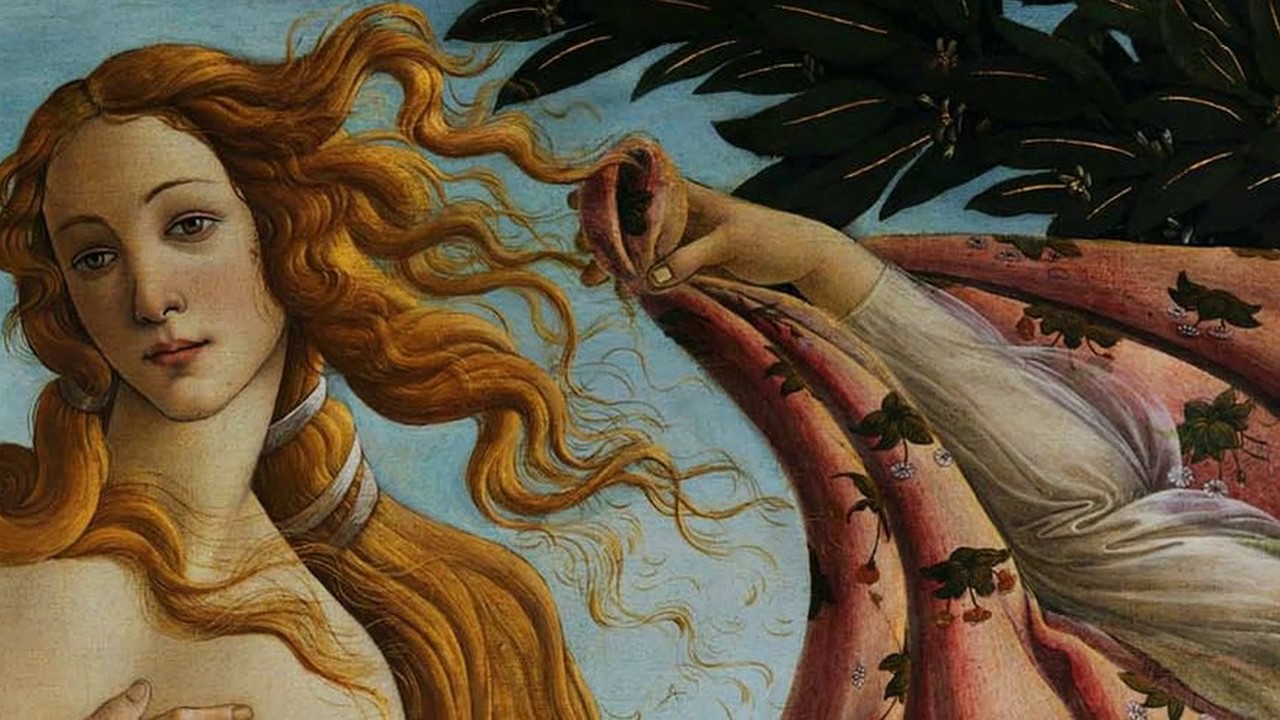 As everyone who is more or less interested in the art of painting knows, a layer of varnish is applied on the paintings made on canvas, so that the painting is preserved and remains as it is. Unfortunately The varnish that Sandro Botticelli used was so bad There was a black curtain almost over the painting. Fortunately, a successful restoration work was carried out on the painting in 1987, thus revealing the vividness of the colors that we have seen until today as if they were traces on a black window film.

It was inspired by the classical period: 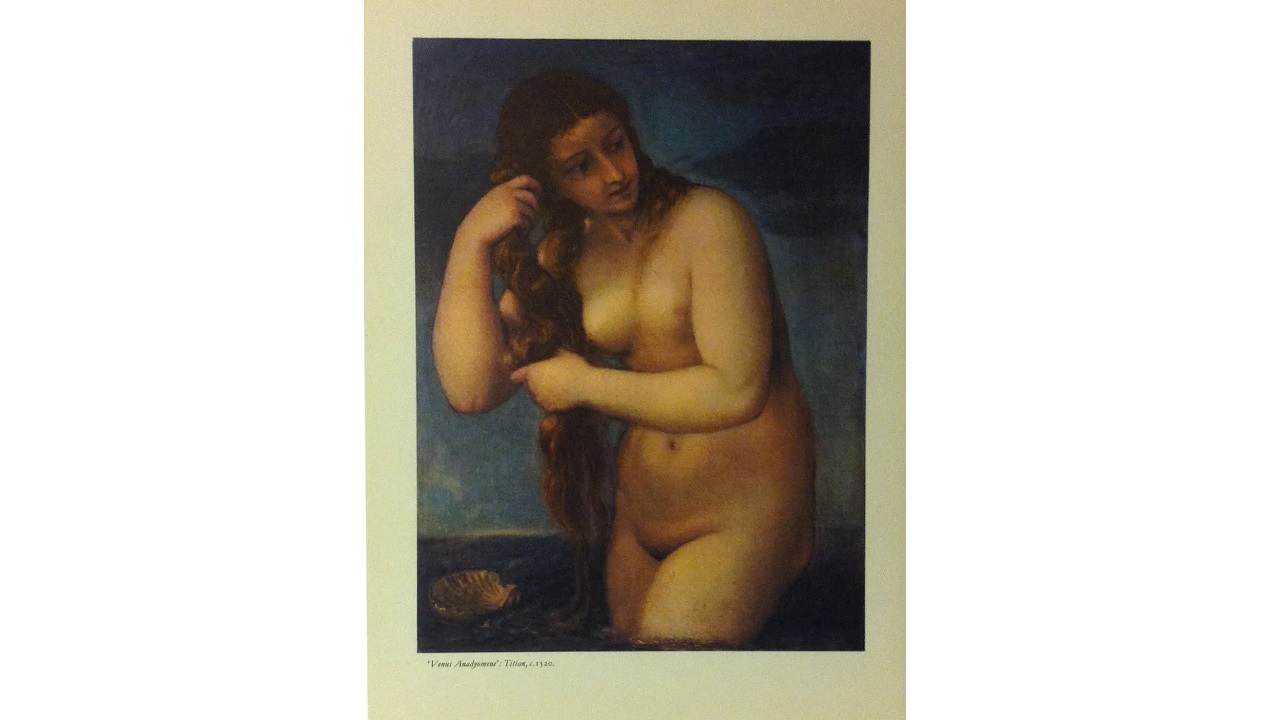 The Greek painter Apelles, who lived in the early Hellenistic period, has a painting called Venus Anadyomene and, as the name suggests, depicts the goddess Venus. The Birth of Venus by Sandro Botticelli Before it took this name in the 19th century She was called Venus Anadyomene. When we look at it from this point of view, it is possible to say that Botticelli is trying to start a new trend as the Apelle of the Renaissance period.

Botticelli’s Venus does not meet today’s standards of beauty: 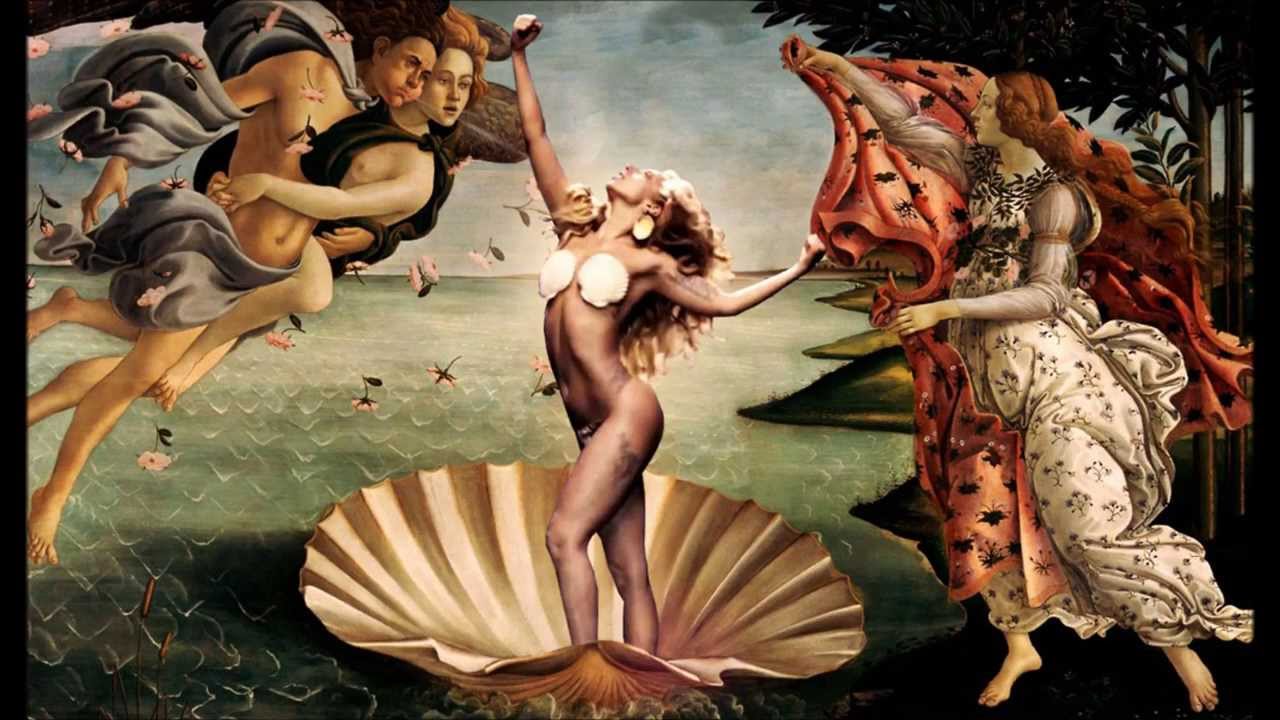 For many years, Sandro Botticelli’s The Birth of Venus was believed to represent pure beauty. Notable models like Holly Hagan and Heather Byrd have recreated this pose. Even Even Lady Gaga has poses that refer to Venus. When we came to 2014, Venus was recreated as it is in the table. The realistic model that was made disappointed everyone because the body shapes were extremely exaggerated. However, this does not overshadow the beauty of the picture.

Venus in the Birth of Venus chart is real: 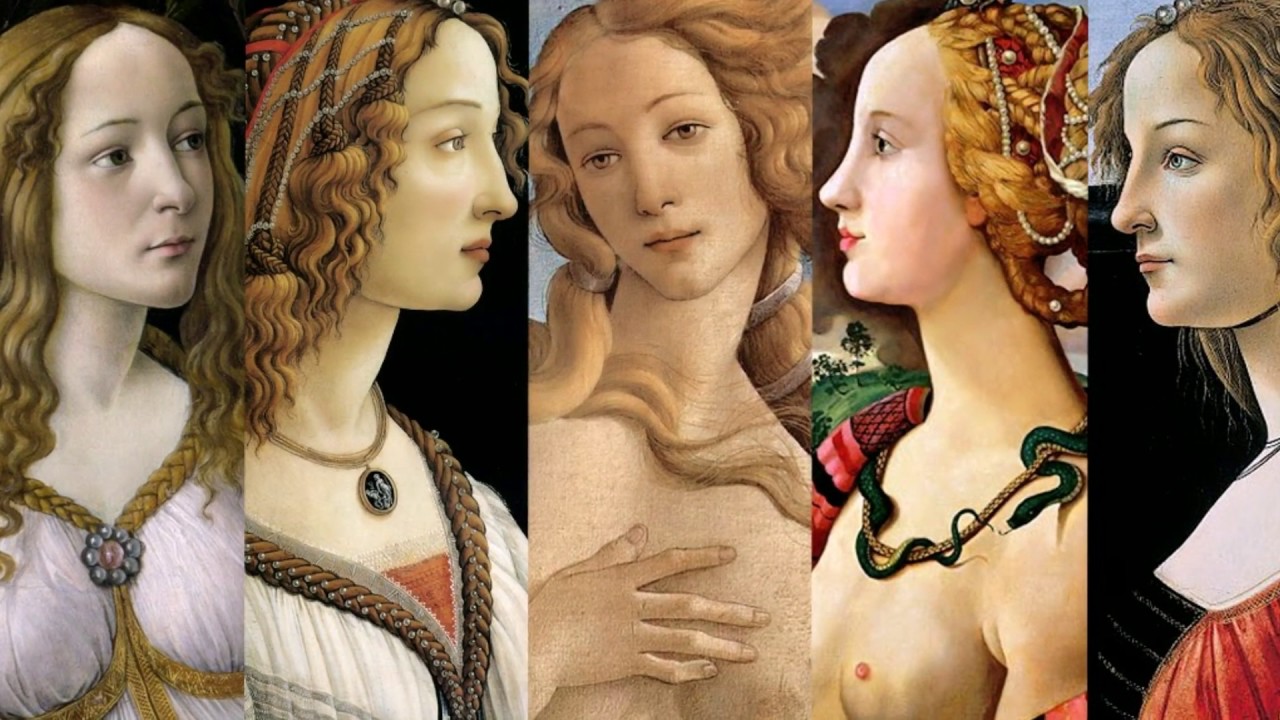 Simonetta Cattaneo de Vespucci was considered the most beautiful woman in Italy at that time and was married to a noble of the region. But love knew no barriers and Sandro Botticelli fell in love with this woman. As in many of his paintings, the woman he portrayed in The Birth of Venus was none other than Simonetta Cattaneo de Vespucci. Botticelli was able to reunite with her love after she died. The painter, who died in 1510, is buried near Vespucci.

For 50 years, no one knew of the existence of such a painting: 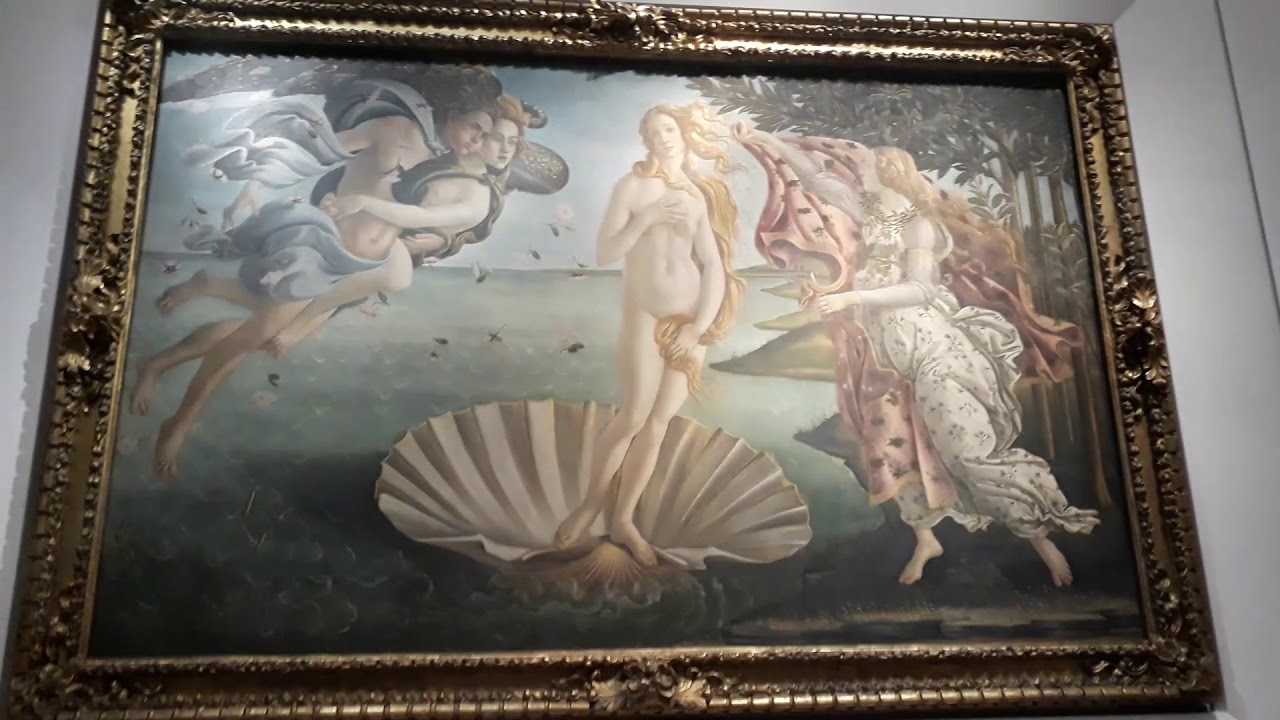 When we look at the conditions of the period, we can say that the Birth of Venus painting is audacious, to say the least. That’s why Sandro Botticelli, After completing the painting, he did not show it to anyone and for 50 years this painting remained secluded in a corner. Another reason for this secrecy was the violet leaves in the painting. Because the violet leaves symbolized love, and love is, you know, sex.

The Birth of Venus painting almost burned to the ground: 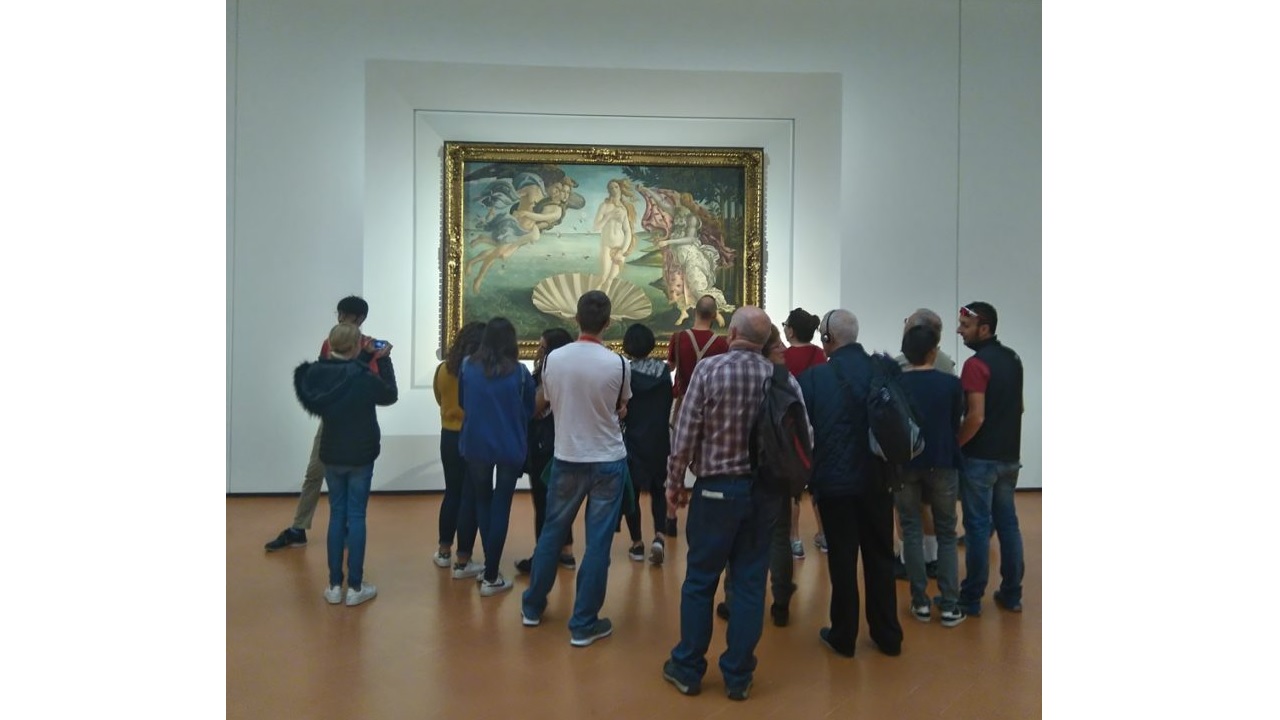 In 1497, Girolamo Savonarola, a Dominican priest, called for the burning of everything immoral, perhaps because of the fear that religion is going away. The people also followed this call because they were afraid of being immoral. and burned mirrors, works of art, jewellery, dice, rings, and many more such vices during a process today called the Bonfire of the Bata. When we look at these, Sandro Botticelli’s The Birth of Venus must have been one of the first to be burned, but as a twist of fate or because they were too lazy to carry such a large canvas, the painting managed to survive until today. The Birth of Venus is exhibited today in the Uffizi Gallery in Florence, Italy.

One of the most daring paintings of the early Renaissance period. Interesting facts about Sandro Botticelli’s The Birth of Venus We tried to break the veil of mystery in the name of this work by talking about it. You can share your thoughts about the table in the comments.

You can also browse our content to read interesting and mysterious information about the Bridesmaids Table, another world-famous work:

You’ll Feel Like You’re Inside the Painting: 8 Interesting Facts About the ‘Bridesmaids Table’ Full of Unsolved Mysteries

The company behind the USDT stablecoin Tethercontinues to lend more, rather than sell crypto assets for cash. Despite these loans,...