Shiba Inu Millionaire Speaks: I Won With SHIB and Quit My Job!

These are next for Gold Price!

Honor 60 Pro and Honor 60 introduced! Here are the features and price

Frankfurt In a black robe and a black corona mask, Judge Bernhard Seyderhelm entered the windowless session room II of the Frankfurt Higher Regional Court on Tuesday. Despite the gloomy atmosphere, the judge was in a good mood. Because the dispute between thousands of small investors and Deutsche Telekom, which has lasted for more than 20 years, could finally have come to an amicable end: Shareholders had demanded compensation for price losses in the so-called third IPO of Telekom.

Many a face changed in the compensation process: The plaintiff has since died and is represented by his heirs, just like one of his defense lawyers, the well-known investor lawyer Andreas Tilp. Seyderhelm only took over the process because his predecessor has retired.

Now the Telekom representatives and the plaintiff’s attorneys presented the presiding judge with a settlement, for which the judge only found words of praise: By mid-2022, the approximately 16,000 plaintiffs should be offered an offer, according to which they will have their damage reimbursed and a large part of the damage incurred to date Received interest on receivables. This could result in expenses in the hundreds of millions for the Dax group.

Judge Seyderhelm particularly praised the pragmatic settlement of the settlement, which in individual cases can even lead to overcompensation for some of the injured parties: “One cannot imagine that such a settlement could be rejected.”

Nonetheless, he admitted that the offer was voluntary and not linked to a quorum. This means that the comparison is made in any case, regardless of how many investors accepted the offer. Seyderhelm warned at the same time that a continuation of the test case would involve considerable cost risks and would take at least another five years.

“The Senate advises everyone involved to conclude this settlement,” he said. It is now the right time to conclude the test case, because all relevant legal issues have been clarified. The model plaintiff’s lawyers announced in court that their clients would like to accept the settlement offer.

The investor protection association DSW also advises the shareholders concerned to accept the offer. Anyone who does not accept it must be clear that the further legal process will be long, stony and costly. In addition, the chance of achieving a significantly better result in the end is not particularly high, explains DSW Managing Director Marc Tüngler.

The Handelsblatt answers the most important questions about the telecommunications process:

Why did the trial come about?

The state-owned company Deutsche Telekom has been privatized in several steps since the mid-1990s. In June 2000 a share package was brought onto the market at the third IPO, which came from the holdings of the state development bank KfW and was brought to the public with considerable advertising expenditure at the early bird price of 63.50 euros, normally 66.50 euros.

Shortly afterwards, some bad news followed: A few weeks later, for example, Telekom had to pay 16 billion euros for the UMTS license auction – an unexpected amount. This was followed by the overpriced acquisition of the US mobile operator Voices Stream, and finally inaccuracies regarding the participation of Telekom in the US company Sprint became known.

In the wake of all this news, the T-Share crashed and has never reached old heights since. On Tuesday the papers were quoted at 16.68 euros. Investors felt disappointed.

Why are investors asking for damages?

The information on the Sprint participation was part of the securities prospectus for the third IPO. In the prospectus, Telekom reported a book profit of 8.2 billion euros for the intra-group transfer of shares in its American competitor Sprint. In fact, the package had not been sold, but rather put on by an American subsidiary of Telekom.

Because investors saw false information here, they covered Telekom, the Federal Republic of Germany and the state bank KfW with lawsuits. They argue that the issue price of the share was too high and are demanding compensation for the losses they suffered on the stock market.

Who is the plaintiff?

In a very short time, over 16,000 claims for damages were filed with the Frankfurt Regional Court. Therefore, the legislature created the Capital Investor Model Procedure Act (KapMuG) – also known as “Lex Telekom”. In these KapMuG proceedings, certain factual and legal questions that are relevant to all claims for damages are clarified once on the basis of a sample plaintiff.

In July 2006, the KapMuG procedure for Telekom was opened before the Frankfurt Higher Regional Court (23 chap. 1/06). The small investor Bruno Kiefer was named as the model plaintiff. He was represented by the law firm Tilp, one of the pioneers in the field of KapMuG proceedings. As usual in test cases, Tilp teamed up with the lawyers of the rest of the plaintiffs in order to gain more information. 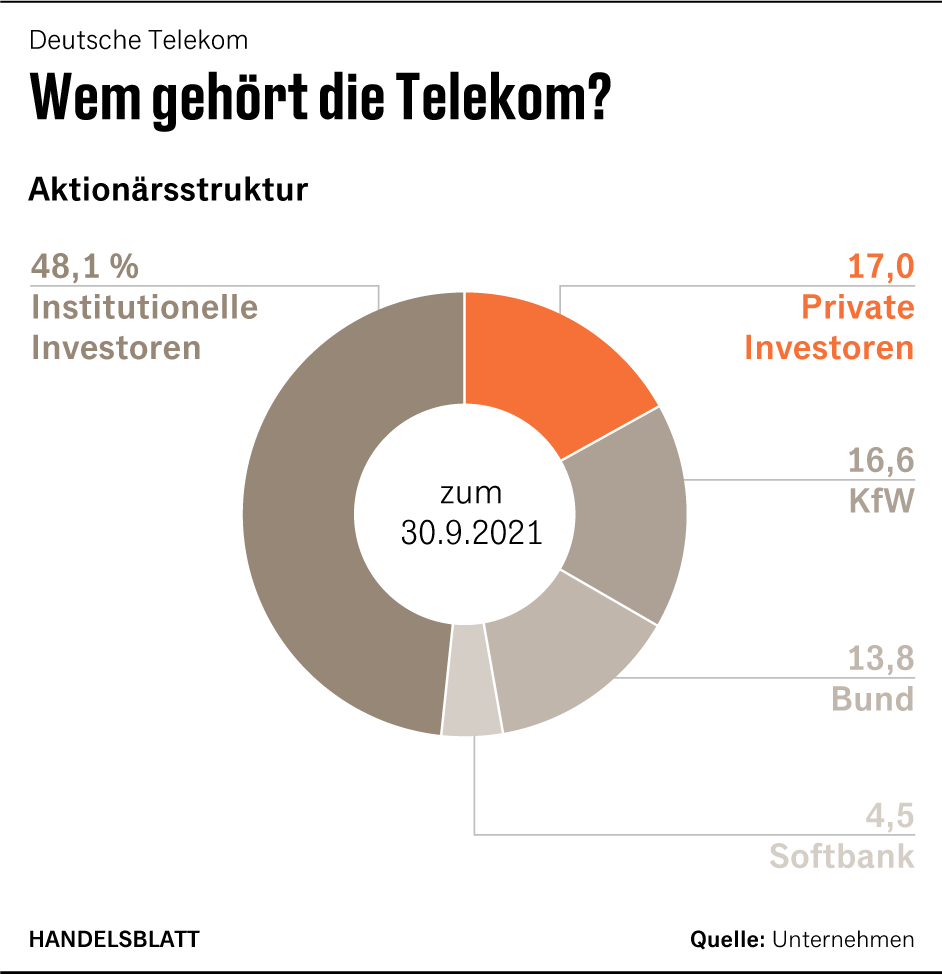 Why did the process take so long?

A judgment drawn up by the OLG in the KapMuG proceedings – the model decision – is generally challenged again by the unsuccessful party at the Federal Court of Justice (BGH). The BGH then refers the proceedings back to the OLG or confirms the sample decision. The LG Frankfurt can only judge the individual complaints after the end of this model case.

In the Telekom proceedings, the BGH had already discovered a serious mistake in the sales prospectus in the Sprint participation in 2014, but once again left the question of Telekom’s fault to the Frankfurt judges. At the end of 2020, the BGH then determined that Telekom had actually made a mistake in the prospectus. Again they referred the case back to the OLG.

With an expert report, Telekom is supposed to rule out that the disclosure of the information about the true Sprint participation did not in any way lead to a negative price reaction.

Why is there no judgment but a comparison?

Such an expert opinion would be expensive and would be challenged immediately by the plaintiff. So the process would drag on again. In addition, the BGH confirmed the decision made by the OLG in 2016 that the claim for damages does not automatically exist. Rather, it must be clarified in each individual case whether the investor really made his purchase decision on the basis of the prospectus.

An individual review of the initial cases would have been extremely unpleasant for Telekom, but also for the court. That is why the parties to the proceedings have now agreed on the settlement.

What did the parties agree on?

According to the settlement proposal that has been resolved, the purchase price is to be reimbursed to the investors. Dividends paid in the meantime and the fictitious market value of 16.50 euros would be deducted.

Plaintiffs who have meanwhile sold their shares will be reimbursed the difference between the acquisition costs and the fictitious market value minus the dividends paid during the holding period. So anyone who has sold their shares for more than 16.50 euros will even be overcompensated by the comparison.

Litigation interest of five percent above the base rate also applies to every claim for damages. Telekom pays at least 70 percent of the accrued interest as “candy”, as judge Seyderhelm called it.

How much money can investors specifically hope for?

An example: On June 19, 2000, an investor bought 50 Telekom shares at EUR 63.50 each and spent EUR 3,175 plus ancillary acquisition costs. He still holds these shares to this day. Since the investor acquired the shares in the early subscription phase, he received five bonus shares (one for every ten) by January 31, 2002 at the latest and has held 55 shares since then.

No, investors have to meet two requirements: On the one hand, they have to buy the T-Share between May 27 and December 19 In addition, they must have taken measures to prevent the statute of limitations by May 27, 2003 and upheld these legal claims, i.e. not withdrawn them. That could have been through a lawsuit or the report to the arbitration board ÖRA in Hamburg.

Because the LG was flooded by the lawsuits and the response was delayed, the parties involved agreed that the lawsuit must be served by October 27, 2003, otherwise evidence must be presented showing that the service was delayed was. The offer should be delivered by June 30th via the legal counsel.

More: 25 years of the Telekom IPO – Why the T-Share could rise now of all times

Health Minister Fahrettin Koca made a statement on Twitter after the scientific committee meeting held this evening. Husband focused on...