Just under eight minutes – that’s how long a doctor’s visit in Germany takes on average. It was determined by the “British Medical Journal”. Executives at the financial service provider Deka can save themselves such high-speed consultations. With them, the employer ensures thorough examinations via company health management (BGM). Starting this year, managers will be checked over by doctors for up to 90 minutes via telemedicine.

Are the blood values ​​correct, does the diet match the lifestyle, what about the workload? Such health parameters are discussed with the experts in the pilot project. The aim of the “digital health coaching for group leaders” is to create sustainable motivation for dealing with one’s own health.

There is a lot of interest, says Katrin Becker, who is responsible for company health management at Deka. After the consultation, employees should know how to improve their health and fitness. Some things can be done in-house under professional guidance – for example in the company sports club.

With its mixture of digital company health management and face-to-face measures, Deka has its finger on the pulse of the times. Many companies digitized their workplace health management during the pandemic – and now want to be more active on site again. “Employers and employees alike long for more personal encounters again. Companies are faced with the challenge of supplementing the good qualities of the digital world with well-established analog measures,” says Steffen Klink, COO responsible for the “Corporate Health Award 2022” at EUPD Research.

Together with the Handelsblatt, the Bonn-based consulting and market research company presented 22 industry prizes and ten special prizes for outstanding company health management on Thursday. Deka is one of the award-winning companies.

The Strabag Group Germany received the special “Target Group Specificity” award. The construction company combines the digital with the analogue world of health in order to protect construction equipment operators from back problems that are typical for their job. These are caused, for example, by constantly sitting and bending forward in the excavator. For this reason, Strabag had sports scientists develop special back exercises that excavator drivers can carry out there despite the cramped space.

Strabag filmed the training sessions on construction sites and in the studio and saved them on an internet platform. The link to it is on an analogue “Bagger-Card” in the glove compartment of every vehicle. A QR code is printed on it, which the device operators scan. A gymnastics band, also part of the basic equipment in the excavator, helps with the exercises. The campaign cost around 15,000 euros, from the announcement in works meetings to the video production and distribution of the cards and tapes, says Johannes Burchard, head of group-wide company health management.

Burchard also welcomes the return of digitized health management to more face-to-face activities. “An active break promotes group dynamics much more than exercises carried out alone in the home office,” he says. The Strabag competition “Water for Workers” also relies on group dynamics. According to a recent survey by Techniker Krankenkasse, almost 40 percent of working people drink less than the amount of around one and a half liters per day recommended by the German Society for Nutrition – partly because they simply forget to do so when they are stressed. 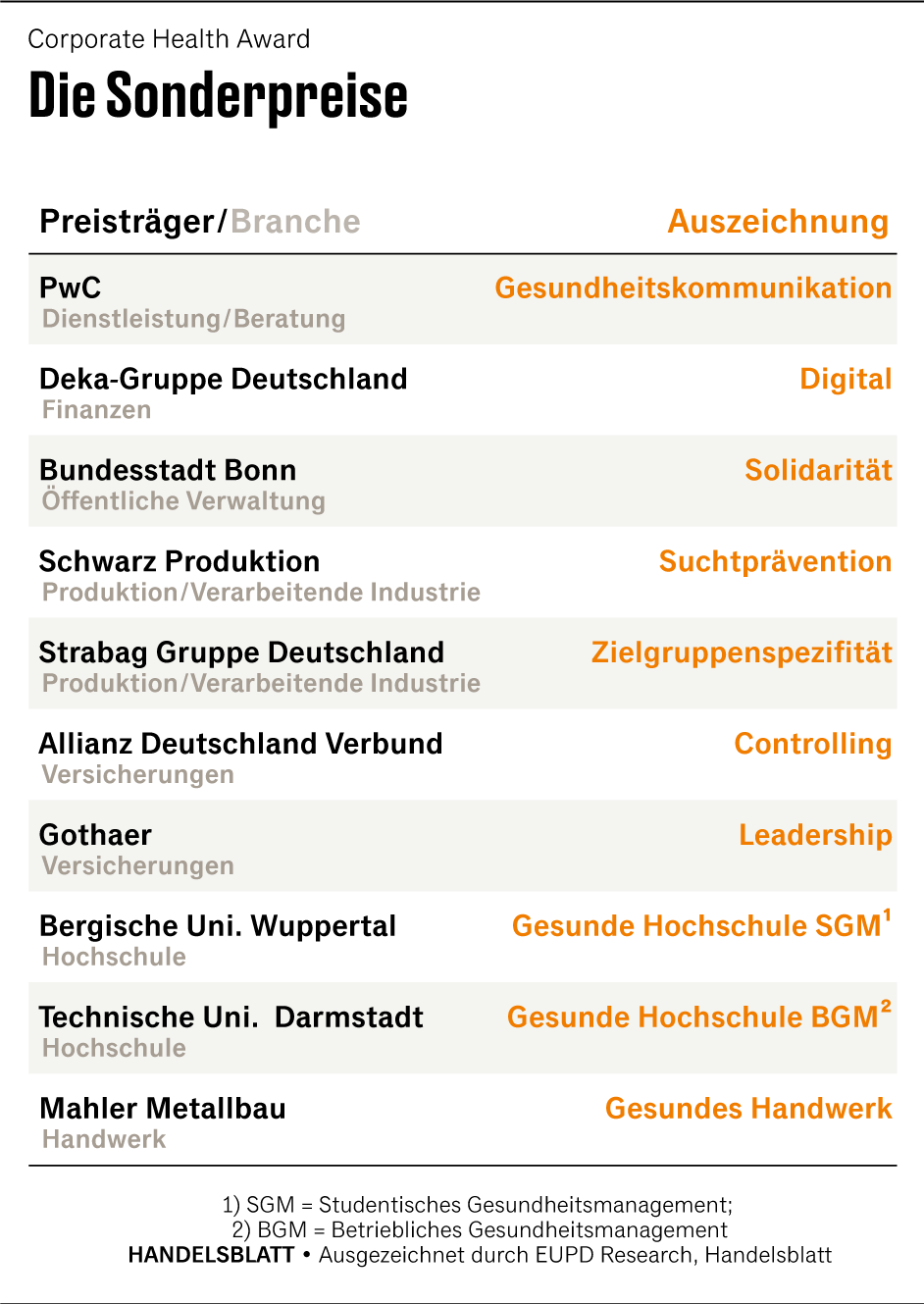 “The water dispensers emptied too slowly for us, too,” says Burchard. As a result, Strabag gave away drinking bottles to 500 office workers as part of a pilot project last April. The gift was accompanied by an invitation to attend workshops on the subject and to keep a drinking diary online. The online tool sends a push notification when it’s time to drink. Strabag also provides healthy drinks.

The campaign at the Cologne location met with a wide response. Everyone who had received a bottle registered in the drinking diary. One in five employees stayed on until the end of the campaign four weeks later. The construction company now wants to start the campaign at other locations. The recommendation rate of the participants reached 9.2 out of a possible 10.0 points.

After almost three years of the pandemic, sport is very popular in company health management. This is the result of an online survey conducted by the Essen University Hospital among more than 1000 companies. 54 percent of them stated that they wanted to expand sporting offers within the OHM. One of them is Thyssen-Krupp Steel Europe – also a winner of the Corporate Health Award. “We make our production employees an offer of short distances,” says BGM manager Ralf van Os. 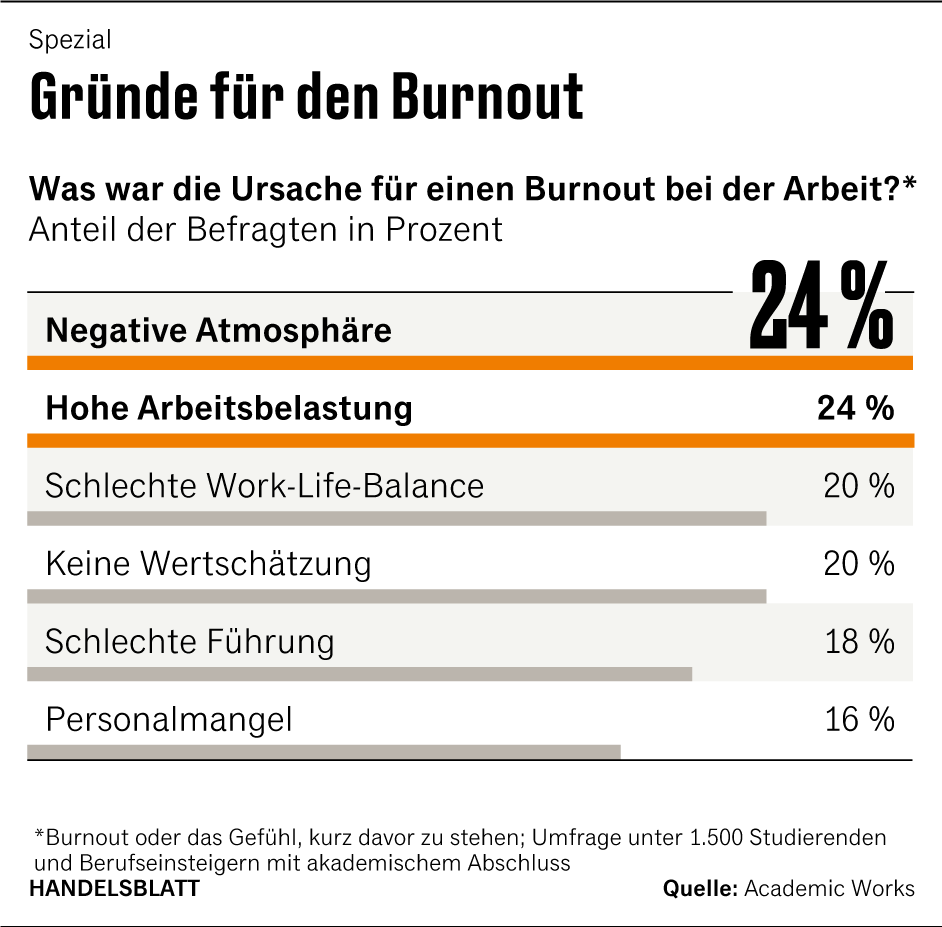 In a pilot project, the steel group set up a small fitness center on a factory site in Bochum – the focus is on protecting against back problems. “In our experience, employees only accept company health management when it involves as little effort as possible and pursues a clear goal,” says van Os. Almost 450 of the 600 employees now train regularly. “Sick leave for them due to back problems has fallen by around 20 percent.” Now other locations are also to get fitness centers.

Visit from the physiotherapist

The ADAC Nordbaden, with 130 employees, even brings company health management into the offices. “We were happy when face-to-face measures were finally possible again,” says health manager Marc Nagel. “Digital gradually lost interest. Not everyone has the necessary self-motivation at home.” Now physiotherapists or ergonomics consultants are knocking on the office door.

However, ADAC Nordbaden does not want to do without digital health management. Each employee has a budget for digital health provider services. Employees have to contribute a quarter of the costs themselves, says Nagel. “Our experience has been that exercises are completed more consistently than if they were free for employees.”

More: These are the best trainers in Germany