Frankfurt Commerzbank boss Manfred Knof is declaring war on the German three-pillar model, which consists of private, public and cooperative financial institutions. “As the CEO of a private bank, I don’t think the three-pillar model is good,” said Knof at a Bank of America financial conference on Tuesday. “It would be better for the profitability of the German banking system if we leave this model behind.” All other countries in Europe would have already done so. Corresponding structures only exist in Germany.

After the election, it is a good time to discuss “fundamental structural issues” such as the three-pillar model with a new federal government, said Knof. “You can be absolutely certain that my colleagues and I will address this topic.” The German economy needs profitable banks that can support companies and the economy.

Savings banks and cooperative banks firmly rejected Knof’s criticism of the three-pillar model. “Nobody prevents Commerzbank from convincing customers with good performance,” said a spokesman for the German Savings Banks and Giro Association (DSGV). “It would be good if the bank’s management finally started doing it and paid back the borrowed capital to the state. There is enough to do. “

In the recent crises, the three-pillar model has contributed to the stability of the German banking industry and to a reliable supply of private and corporate customers with banking products, explained Marija Kolak, President of the Federal Association of Volks- und Raiffeisenbanken (BVR).

Every institute is required to set the course for the future in a rapidly changing banking market. “Calling for politics doesn’t help in this tough competition,” said Kolak.

The private banks are fundamentally more critical of the structure of the German financial sector. An analyst at Deutsche Bank recently complained that the three-pillar model was too rigid and hindered consolidation. At Commerzbank, criticism of the savings bank sector in particular has a long tradition. The institute has also tried several times to break open the family under public law by taking over a savings bank – but without success. 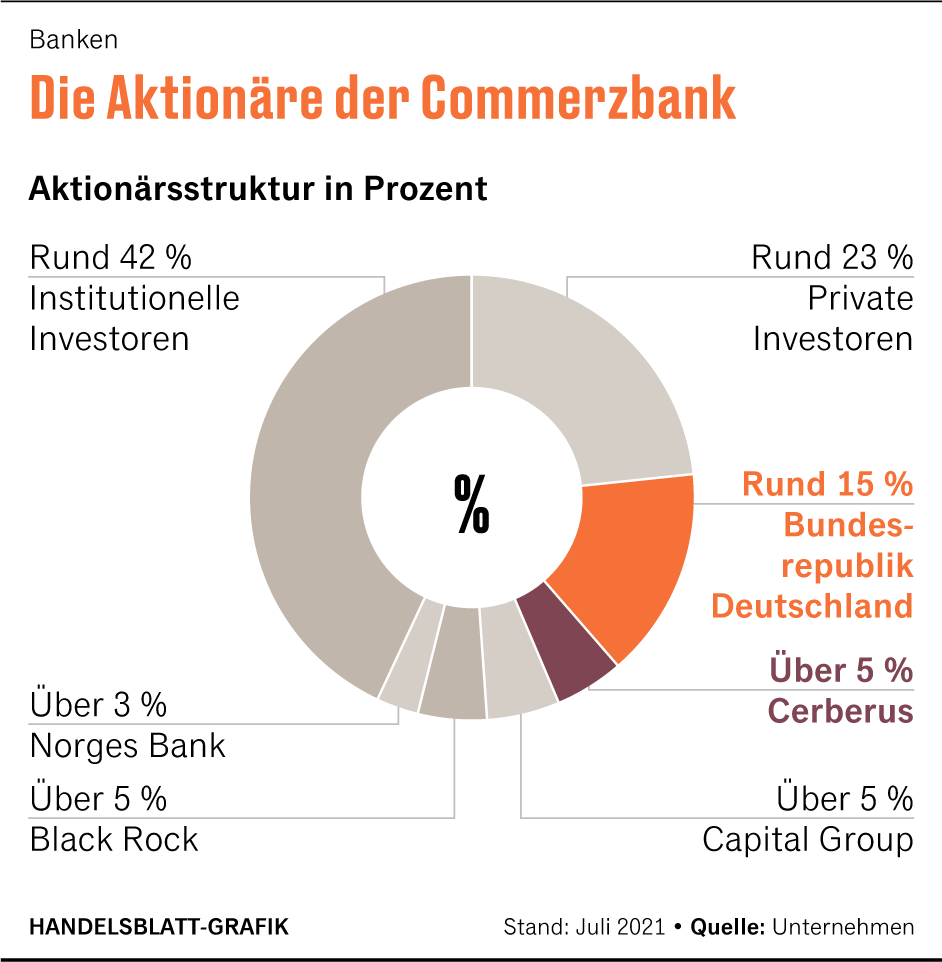 Under Knof’s predecessor Martin Zielke, there was also a working group at Commerzbank that dealt with possible cooperation with the savings bank sector. According to information from the Handelsblatt, however, this working group no longer exists under Knof, who has headed Commerzbank since the beginning of the year.

The burdens from looming loan defaults as a result of the corona crisis have so far been lower at Commerzbank than feared, Knof said at the financial conference. For the year as a whole, the institute is only assuming risk provisioning of a maximum of 800 million euros. In August, the money house had spoken of less than a billion euros.

On the other hand, there is still great uncertainty at the Polish subsidiary mBank, which is under pressure due to a large portfolio of Swiss franc loans. All financial institutions in Poland are eagerly awaiting a Supreme Court ruling on how to handle these loans.

However, because of the dispute between the European Union and Poland over judicial reform in the Eastern European country in 2021, Knof no longer expects a judge’s verdict on the franc loans. “I don’t expect anything more this year and we’ll see what happens next year.”

Due to low interest rates in Switzerland, many Poles had once taken out franc loans to finance their homes. Then, however, the national currency, the zloty, lost much of its value against the franc, which increased the burden on home builders.

Many borrowers then took action against Polish money houses because of potentially illegal clauses. There are now more than 10,000 lawsuits against mBank alone.

More: Cerberus is considering buying a state stake in Commerzbank.