The CEO meeting was supposed to set the tone for the world climate conference COP26, which takes place from October 31st to November 12th in Glasgow. The economy is playing a vital role in combating climate change, said host and UK Prime Minister Boris Johnson. In total, he announced “green” investments of ten billion pounds.

Johnson applied thickly as usual. Great Britain wants to become the “Qatar of hydrogen” and the “Saudi Arabia of wind power”, he said. Together with the Gates Foundation, the government plans to invest £ 400 million in research into future technologies such as green hydrogen and CO2 storage.

At the same time, the government presented its long-awaited net zero strategy. Among other things, she wants to subsidize the installation of heat pumps in British homes with £ 5,000 per household to replace the climate-damaging gas boilers. These currently heat 85 percent of households in the country and cause 21 percent of national emissions. No new gas boilers are to be sold from 2035.

When it comes to generating electricity, the country is increasingly relying on nuclear power. The government held back with a commitment to finance the construction of a new nuclear power plant, but it pledged £ 120 million for the development of mini-reactors.

It is also pushing ahead with e-mobility: From 2030, new cars with internal combustion engines will no longer be allowed to be sold. Even beforehand, there should be guidelines for car manufacturers as to what proportion of “clean cars” they have to sell per year. The government announced just under a billion pounds in purchase rewards, charging stations and suppliers to support change in the industry.

With this good example, Johnson wants to encourage the other participants in the world climate conference to also make concrete commitments. The Glasgow meeting marks the first five-year mark since the 2015 Paris Agreement. At that time, 196 countries agreed to limit the global temperature rise to 1.5 degrees. To this end, they wanted to present national climate plans by 2020. 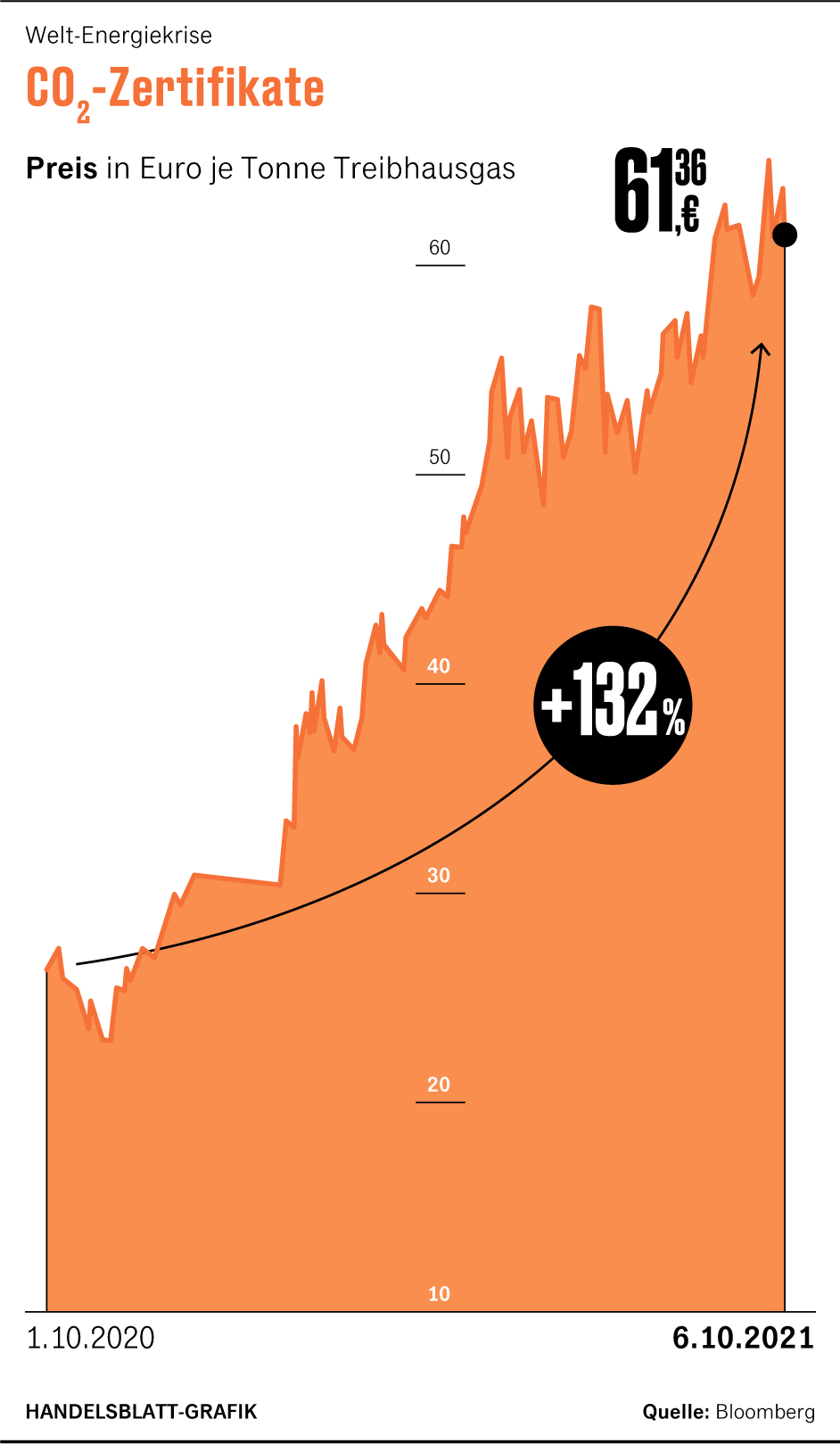 So far, however, only around half of the G20 countries have submitted specific plans to the UN. Some of the largest emitters such as China and India are still missing. The British COP representative Alok Sharma, a former Secretary of the Economy, has been flying around the world for months to collect climate pledges. However, his powers of persuasion seem limited.

In London there are fears that the climate conference will be a flop and will not bring any significant progress. It would be “extremely difficult conversations,” Johnson told Bloomberg TV.

The US climate commissioner John Kerry had recently dampened expectations of Glasgow. Too few countries would cut their emissions, he told the BBC. China, for example, which causes 27 percent of global CO2 emissions, does not even want to start reducing it until 2030. From the point of view of the experts, that is too late if the world is to be climate neutral by 2050.

Twelve days before the conference, it is still unclear who will be there at all. At the last COP meeting in Madrid in 2019, the heads of government of the five biggest climate sinners USA, China, India, Japan and Russia were absent. This time the US is represented by President Joe Biden, but China’s President Xi Jinping and Russia’s President Vladimir Putin are not expected.

Johnson hopes for a coal exit

Johnson is hoping for an end-of-coal summit confession. Industrialized countries should phase out coal by 2030, and emerging economies as well by 2040, he said. Great Britain has already reduced the share of fossil fuels in the energy mix to zero, but recently restarted old coal-fired power stations during the energy crisis.

Climate activists complain that rhetoric and reality often diverge in the Johnson administration. By 2030, the country wants to reduce CO2 emissions by 68 percent compared to 1990. By 2035 it should be 78 percent. According to experts, this could not be achieved at the current pace.

The plan to subsidize heat pumps in private homes also disappointed the environmental groups. The 450 million pounds provided are only enough for 90,000 heat pumps – with around 30 million buildings. The sum is not nearly enough, said Caroline Jones of Greenpeace. Mike Childs from Friends of the Earth was also unimpressed: “It’s a start, but not a good one.”

More: German corporations are committed to the 1.5 degree path