Happened last year bitcoin Capo, who became famous for correctly predicting the collapse of the country, stated that the current rally will not end in favor of the bulls.

Sharing his new predictions to his more than 710,000 followers on Twitter, Capo said that the recent rises were not due to a real and organic demand. believes.

“I keep checking the charts, staying away from the rumors on Twitter. The upside move is taking place and testing key resistance levels. However, it is very clear that this is a manipulation, there is no real demand! I warn you once again. This is the biggest bull trap I’ve ever seen in my life. But I will not fall into this trap!”

As a matter of fact, a different trader also underlined that stablecoin issuance increased during real demand, Capo stated that his forecast for the decline has increased even more.

“Fake and long highs trigger hard and big dips… Bitcoin is still testing a major resistance ($21,000). The weekly close will be key, but there is still no confirmation of the bull.” 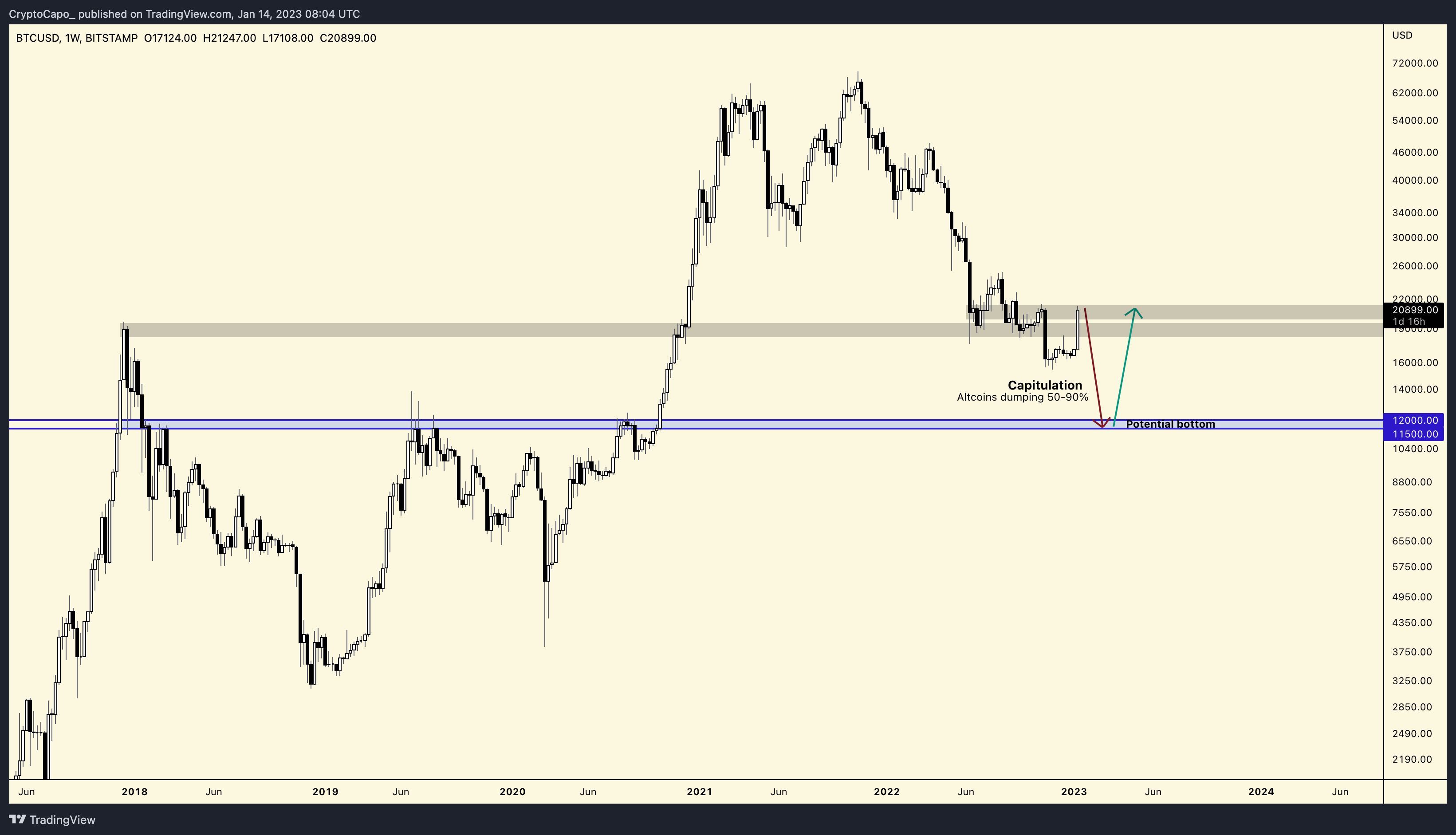 At the time of writing, Bitcoin was trading around $23,100. As a result, this level represents a level above the trader’s key point.

The analyst, known by the pseudonym Smart Contracter, also maintains a bearish outlook in the short term. bitcoin priceThe analyst, who had previously predicted the rally, expects a withdrawal after the January rally.

“I think BTC will experience a fourth wave multi-week pullback. As all the lower waves within this third wave are complete, this is why you should take profits. I expect $21,000 levels again.”

As a result, Smart Contracter tries to predict price action by following the sentiment of the masses, which is defined by waves. Also known as “Elliot Wave theory” in the community, this method works as follows. The asset rises during the first, third and fifth waves, and corrects during the second and fourth waves.