Ethereum Inventor Explains How He Brought This Altcoin To The Market!

NFT marketplace Babylons shared its activities and statistics throughout 2021.

The Babylons project started in February 2021 with simple steps such as testing the Babylons website on the BSC network and producing their first official NFT on the BSC network. After these steps, the “app.babylons.io” platform, which is open to everyone, was established.

To celebrate dApp launches as NFT marketplace, Babylons has launched the Genesis NFT collection. Almost half of the produced collection was minted by individual artists from different parts of the world.

After dApp installed on BSC mainnet without raising any money The Babylons team, which applied for an audit for their smart contracts, reported that the audit was completed within 6 weeks.

Babylons Governance Token (BABI), which was pre-sold on ChainBoost and Trustpad, was in high demand on both platforms and sold out very quickly.

The BABI token was first listed on ApeSwap and then on PancakeSwap.

currently BABI token stake those who can receive annual interest and IDO and INO able to participate in its activities.

BABI token last year MEXC on the stock market and just at the beginning of this year in Bitexen listed. Trading pairs on these exchanges reach a daily trading volume of approximately $1.5 million. Current data of BABI token can be followed on CoinMarketCap and CoinGecko.

Social Babylons, which has more than 200,000 followers in various media, achieved good results not only in social media, but also in annual NFT transaction volume and market activity.

More than 70% of its 100+ partners are from the GameFi space, making Babylons the largest game collector on the Binance Smart Chain.

Having had a year full of events, Babylons also included a summary of what they did in 2021 in the blog post they shared.

Babylons x Istanbul Art and Antique Fair was held. More than 300 NFT works were exhibited and more than 30,000 people attended this event in Istanbul.

Babylons managed to become the #1 NFT platform in BSC this year. He stated that they have generated approximately $19 million in revenue this year thanks to the deals and NFT sales. 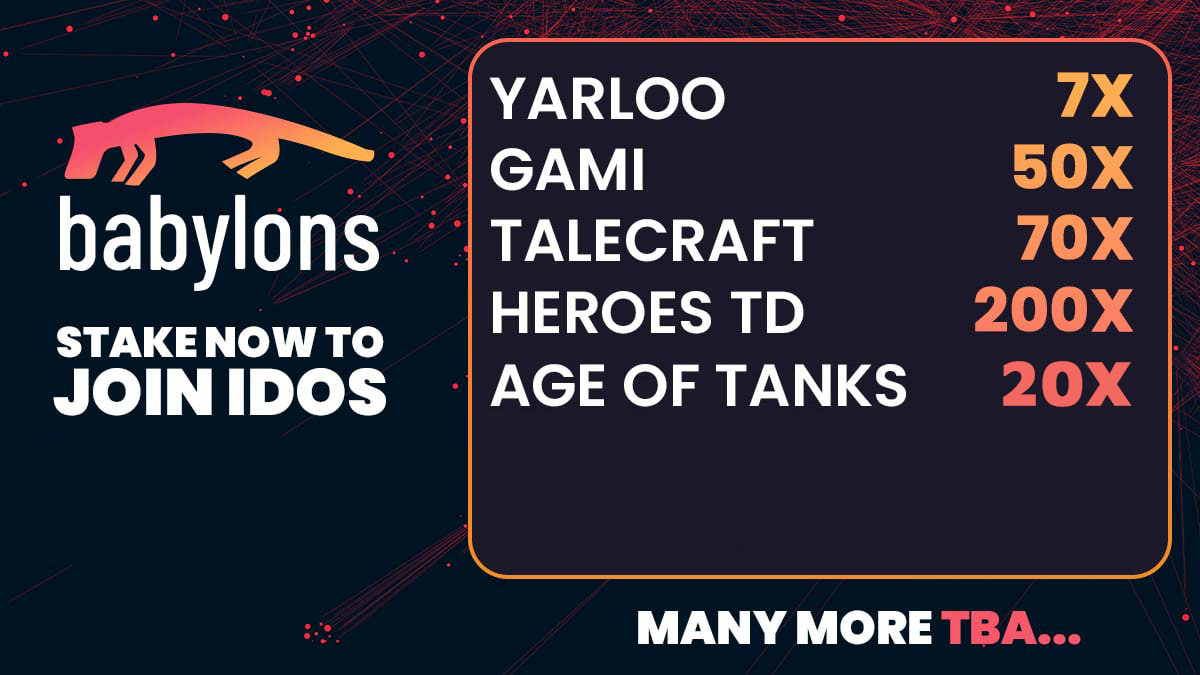 Babylons’ stake pools are active again, while tokens with IDO on the platform such as Yarloo, Gami, Talecraft, Heroes TD and Age of Tanks have reached high prices.

Best of the year at Babylons;

Best selling INO this year: 970 BNB became World of Defish with its sale.

Most Expensive land sale: 50 BNB became Wanaka with the sale.

A popular crypto analyst has been correcting pretty hard for the past two days. Bitcoin (BTC) analyzed past BTC downtrends...